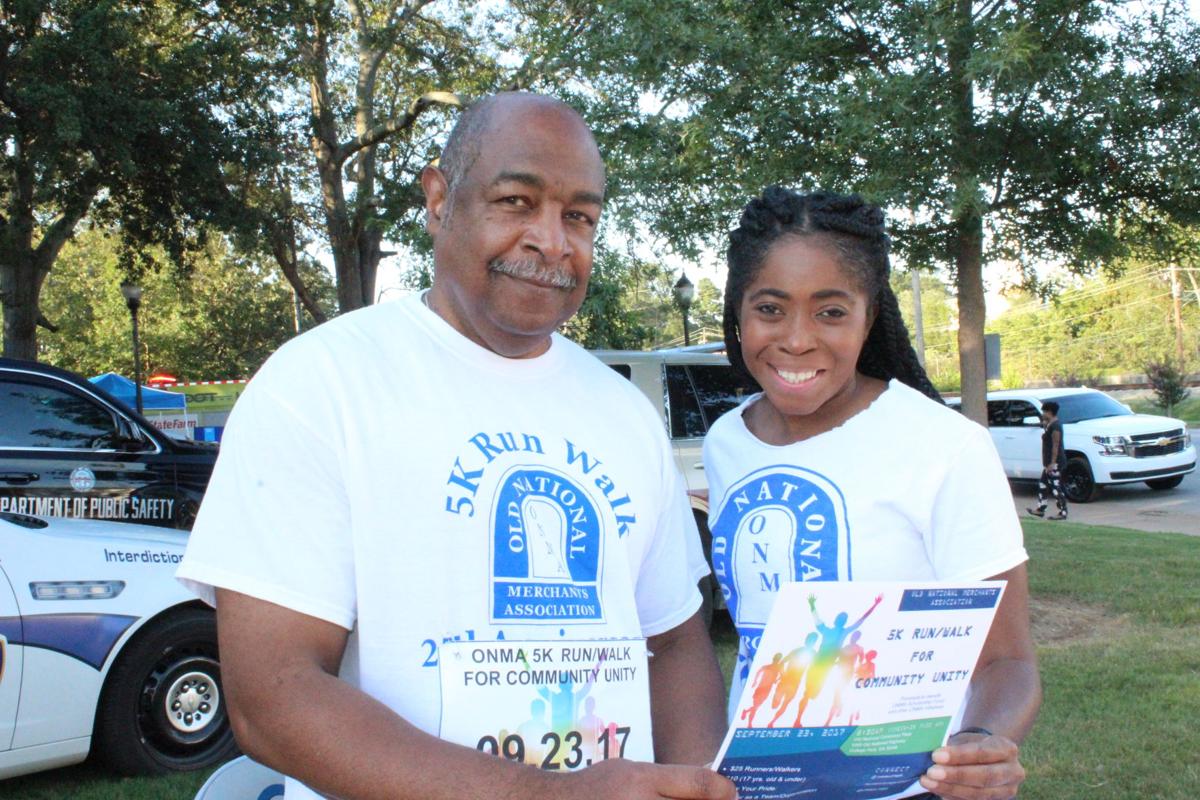 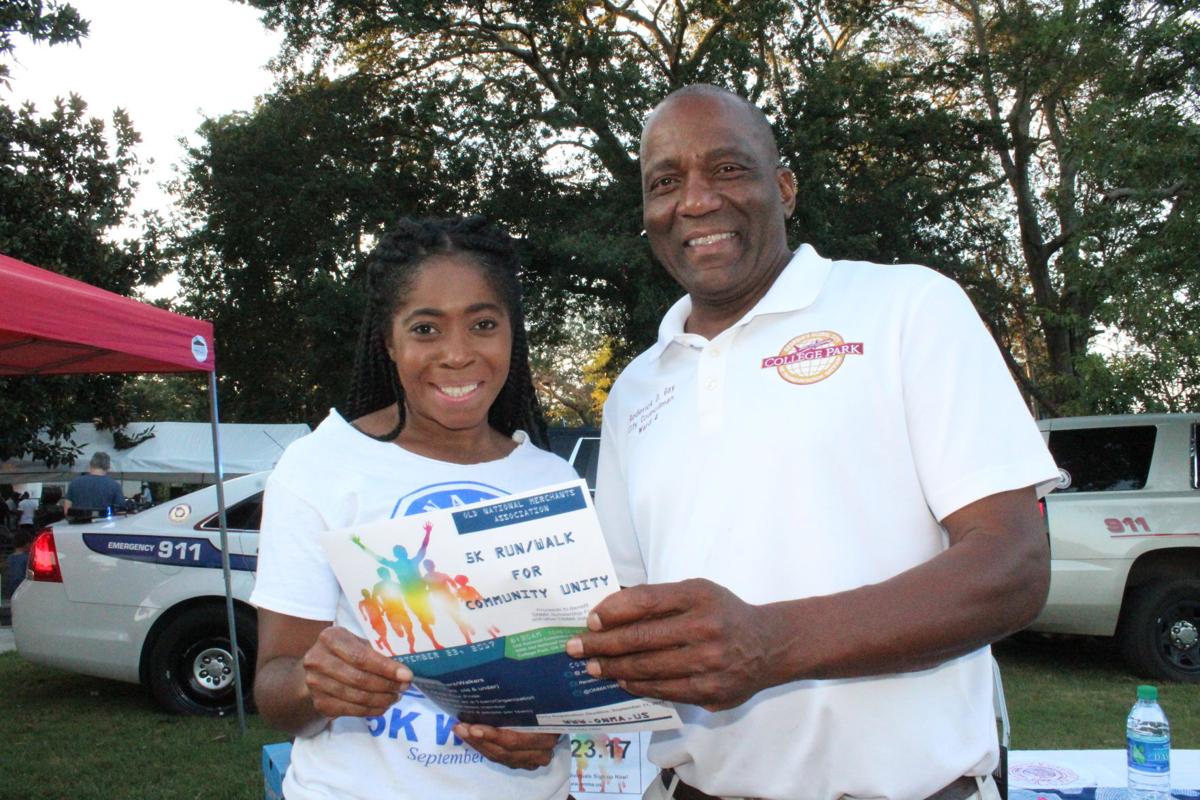 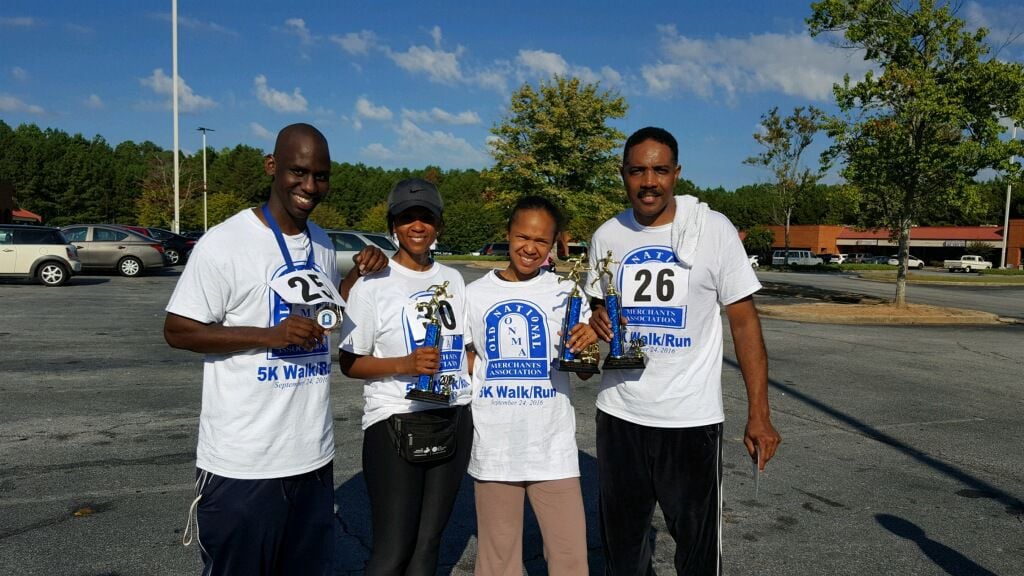 From left, Jarod Anderson, Kym Dove, Diontrise Blake and Danny Gardner gather with their trophies from the 2016 5K.

From left, Jarod Anderson, Kym Dove, Diontrise Blake and Danny Gardner gather with their trophies from the 2016 5K.

After 28 years as an economic force, the 75-member Old National Merchants Association is looking to a new city for added momentum.

Its economic development taskforce chair Don Winbush recently invited the city of South Fulton to help revitalize Old National Highway, which runs through its districts 6 and 7.

“This is about the rebirth of Old National,” he said about the home to more than 500 businesses, also shared by Fulton County and the city of College Park.

The association invites participation but is not waiting on answers to begin, Winbush said.

Those are business climate – social as well as physical, including public safety; image and perception; and expansion and retention of businesses.

“This is a methodical, sustained approach to the region of Old National,” Winbush said.

If South Fulton joins up, it will be in good company, he said.

According to Winbush, the association has carved out a role as the advocate and coordinator of the redevelopment effort, aimed at making the area “a magnet” for investors, visitors, talent and residents.

The association is exploring the feasibility of expanding the Aerotropolis community improvement district past its boundary of Godby Road.

Ongoing efforts include an ambassadors program, a corridor gateway landscape project at interstate junctions and a cleanup campaign with Banneker High School.

Under its image and perception campaign are special events to raise awareness.

The next is a 5K run and walk Sept. 23 at 8:30 a.m. “to rally community involvement and promote the community’s diversity and vitality,” Winbush said.

“Proceeds go to the scholarship fund,” he said about support to Banneker and Tri-Cities high school students, as well as other association initiatives to improve the corridor.

The city of South Fulton has several credits to its name.

How a tie in a Senate impeachment trial is decided

Student can't walk at graduation unless he cuts his dreadlocks

Watch 2 mins of the Democrats' 8 hours of arguments

MA:CLIMATE BILL AIMS FOR NO GAS VEHICLES IN 30 YRS

Dean: If Trump gets reelected, we'll have an unchecked president

Schiff gets choked up during emotional speech

Warren: I don't think of this in terms of the politics