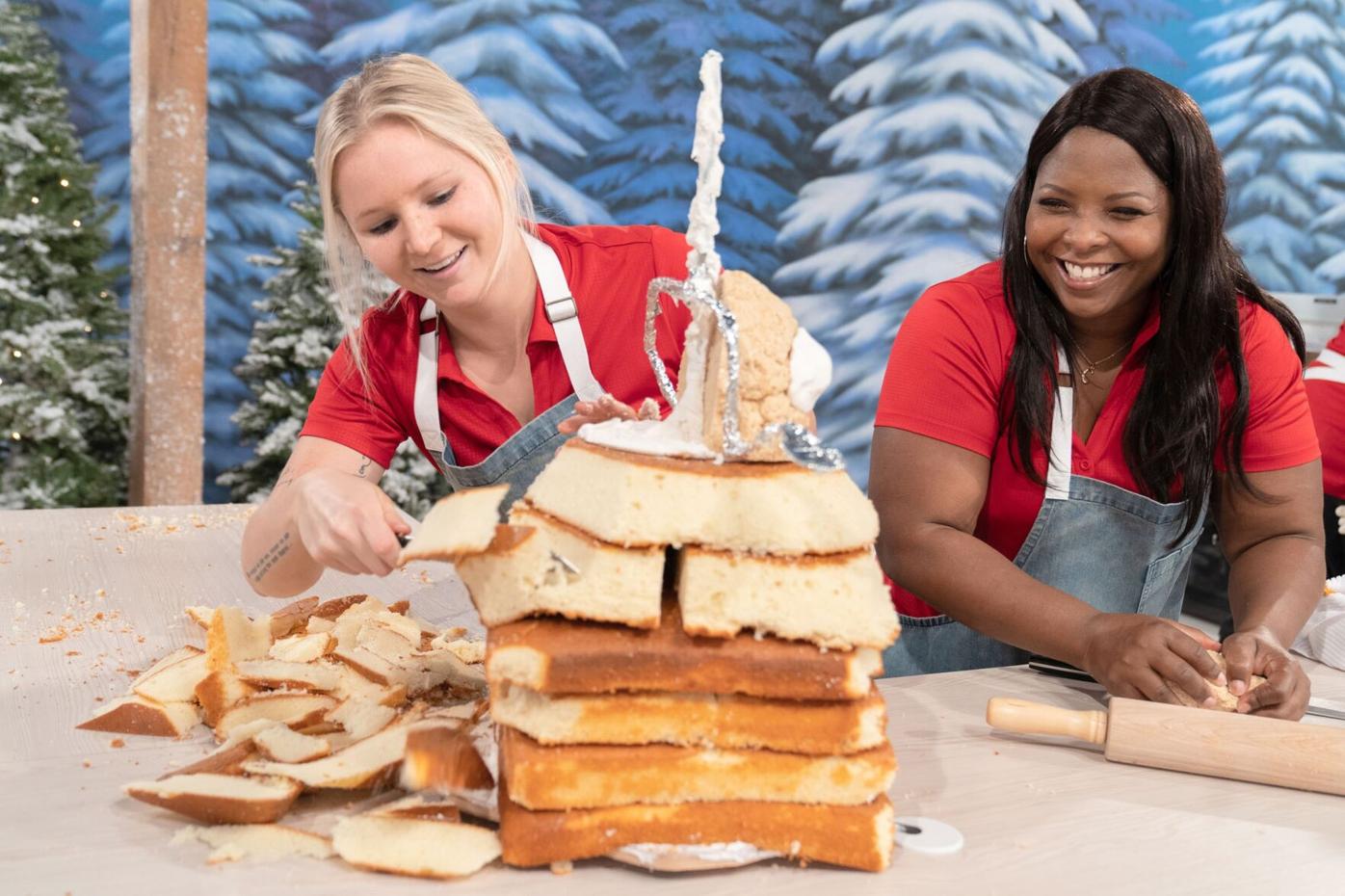 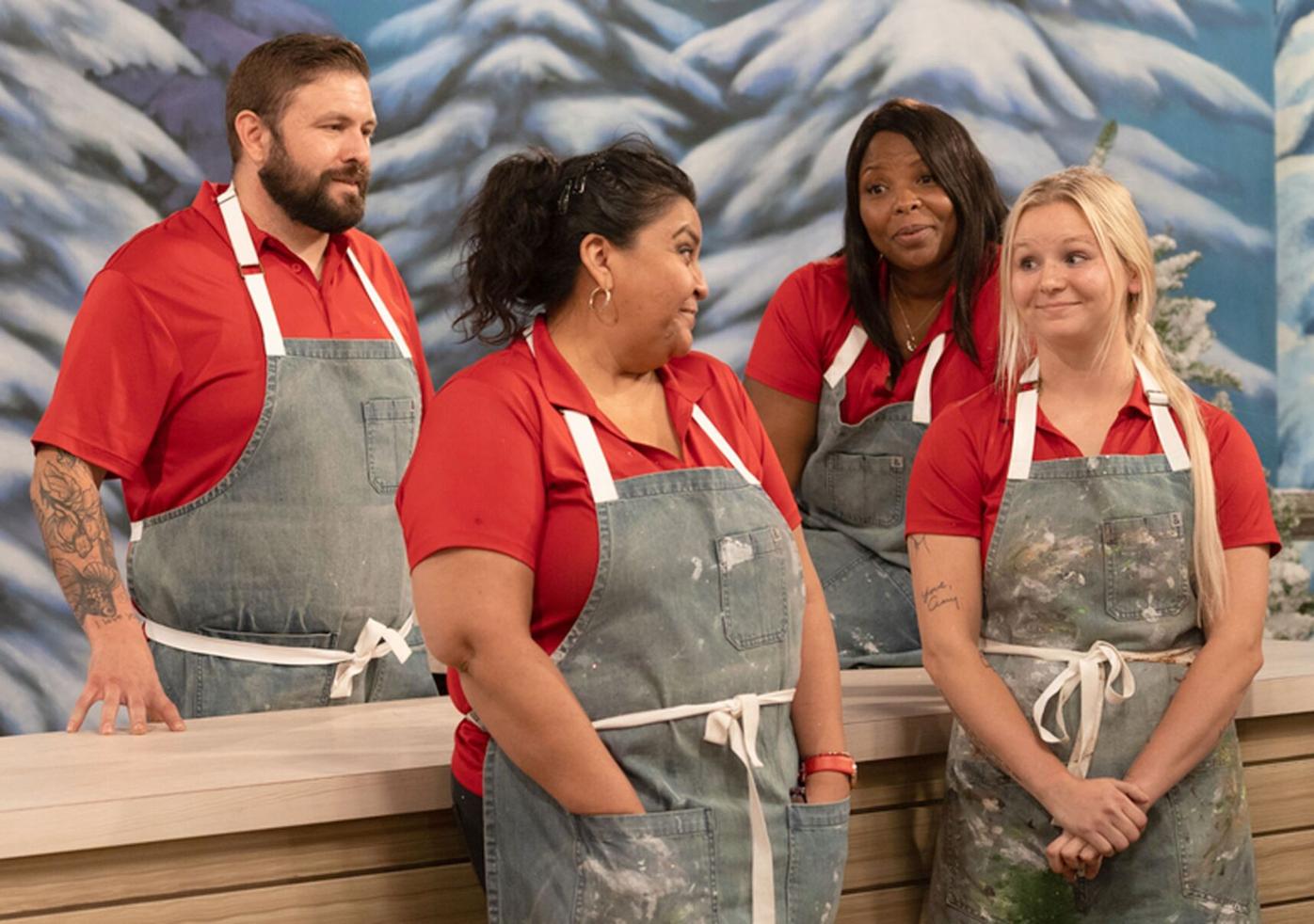 This article was updated Oct. 30 at 8:41 p.m. with corrected quotes and information from Rodericka Gipson.

Sandy Springs resident and cake baker Rodericka Gipson has watched many cooking and baking competition TV shows over the years and has always wanted to be on one of them.

Gipson works full-time as a payroll specialist but owns her own custom cake business, Mrs. Brown Sugar Customs, and previously owned a bakery in Conyers before selling it. So, when the Food Network contacted her to see if she was interested in appearing on its upcoming cake-baking competition show, “Holiday Wars,” she jumped at the chance.

“I said, ‘Absolutely,’” Gipson said. “They reached out to me to (request I) do a little video interview, and I submitted it and they called me back. I was so excited and surprised (to be selected).”

She is one of 20 competitors who will appear on the five-episode show, which premieres Nov. 1 at 8 p.m. On “Holiday Wars” Gipson was part of one of five teams of bakers and sugar artists who faced off to “create mind-blowing holiday displays that are as festive as they are delicious,” according to a news release. Actress/singer Raven-Symoné serves as the host, and cake decorator Shinmin Li and cake artist Erin Acevedo are the judges.

In each episode the teams compete in two rounds, and the top four squads advance to round two for the chance to win a gift from Santa Claus. The team that reaches the grand finale will take home Santa's top prize: $25,000.

Gipson said the show was filmed in August in Los Angeles, with all health and safety precautions included due to the COVID-19 pandemic. She added all the contestants were treated very well and stayed in a brand-new hotel.

“Holiday Wars” is kicking off Food Network’s set of holiday programming this season.

"Though celebrations may look a little different this year, viewers can count on eight weeks of audacious creations, incredible edible works of art and visually stunning sets that are the perfect backdrop to the festive action and entertainment they have come to expect from Food Network during the holiday season," Food Network President Courtney White said in the release. "And they will be blown away by this year's competitors who somehow have upped their game once again and still manage to bring the holiday cheer."

Though she couldn’t divulge what happened on the show, Gipson said the competition was top-notch.

“It was tough just because … when you see the skillsets of the other team members or other participants, that in itself gets your nerves going,” she said. “Once I saw what the other participants could do, I definitely felt like the pressure would be on. I came into the competition feeling pretty good because my products taste delicious and my decorations are beautiful, but this was on a whole other level.

“Some of the other participants their skill level (is high), and some have competed in competitions before. … I definitely think I put forth as much effort as I could. … I think what helped me was my team had a good skill set. Whenever I felt short (in one area), another member of my team could help with that skill set. But once you see what the other teams put together, I said, ‘Oh my God. I can’t believe they did that.’”

Gipson said it was a good experience, including learning how to create cakes the size of a person.

“I’ve never constructed a cake on that level,” she said. “I’ve done smaller cakes and wedding cakes, but to make a cake look like a person, that was a big thing. I learned a lot of skills from my team members that I can take to the next level.”

“… It was a great experience. It definitely helped boost my ability to just reach for the stars. When (I was) thinking smaller, it made me think bigger. The world is your playground. Whatever you can dream, you can do. Hopefully, I can inspire other decorators to reach for the stars.”

For more information on the show or to watch any of the episodes, visit www.foodnetwork.com.