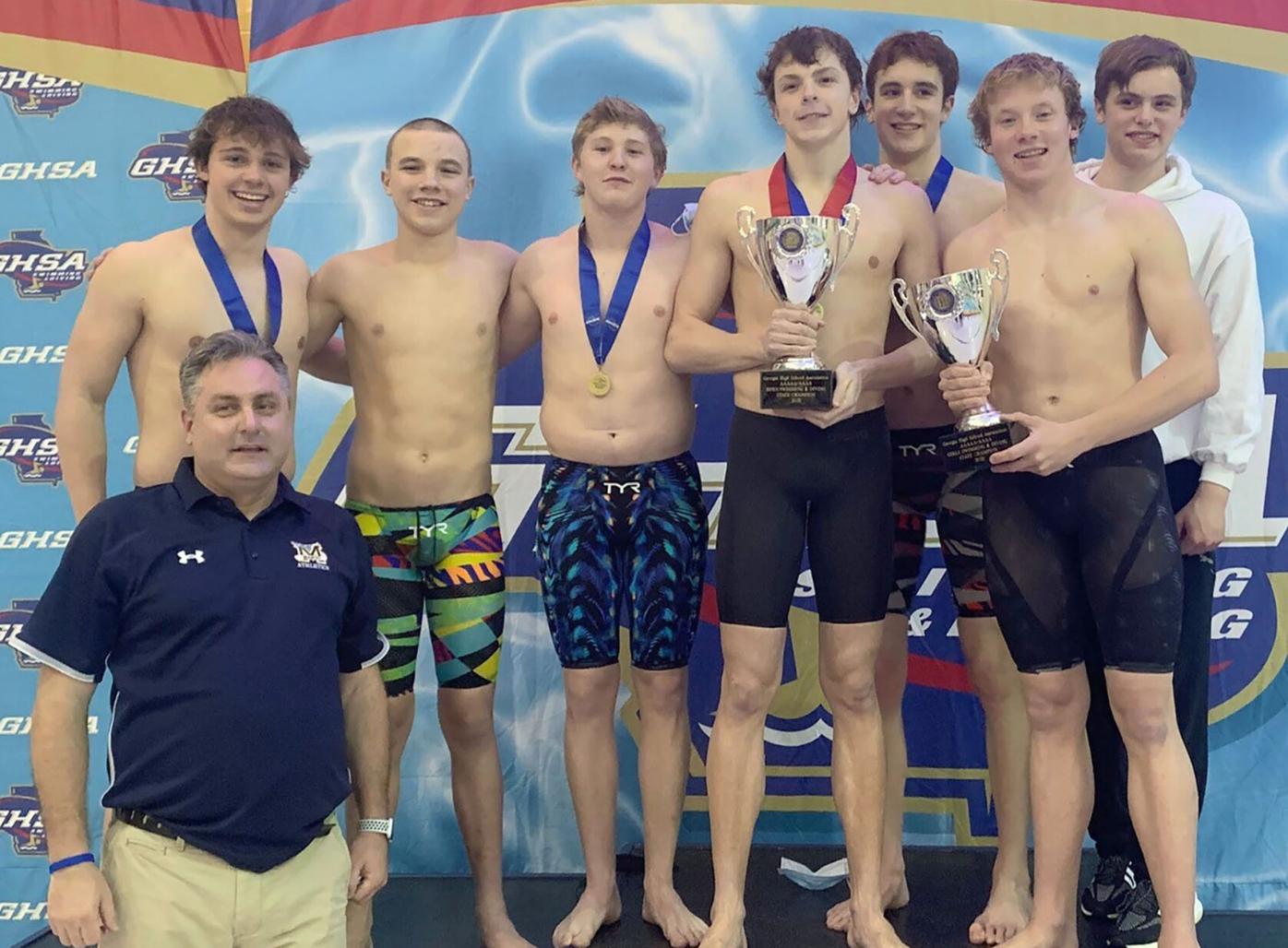 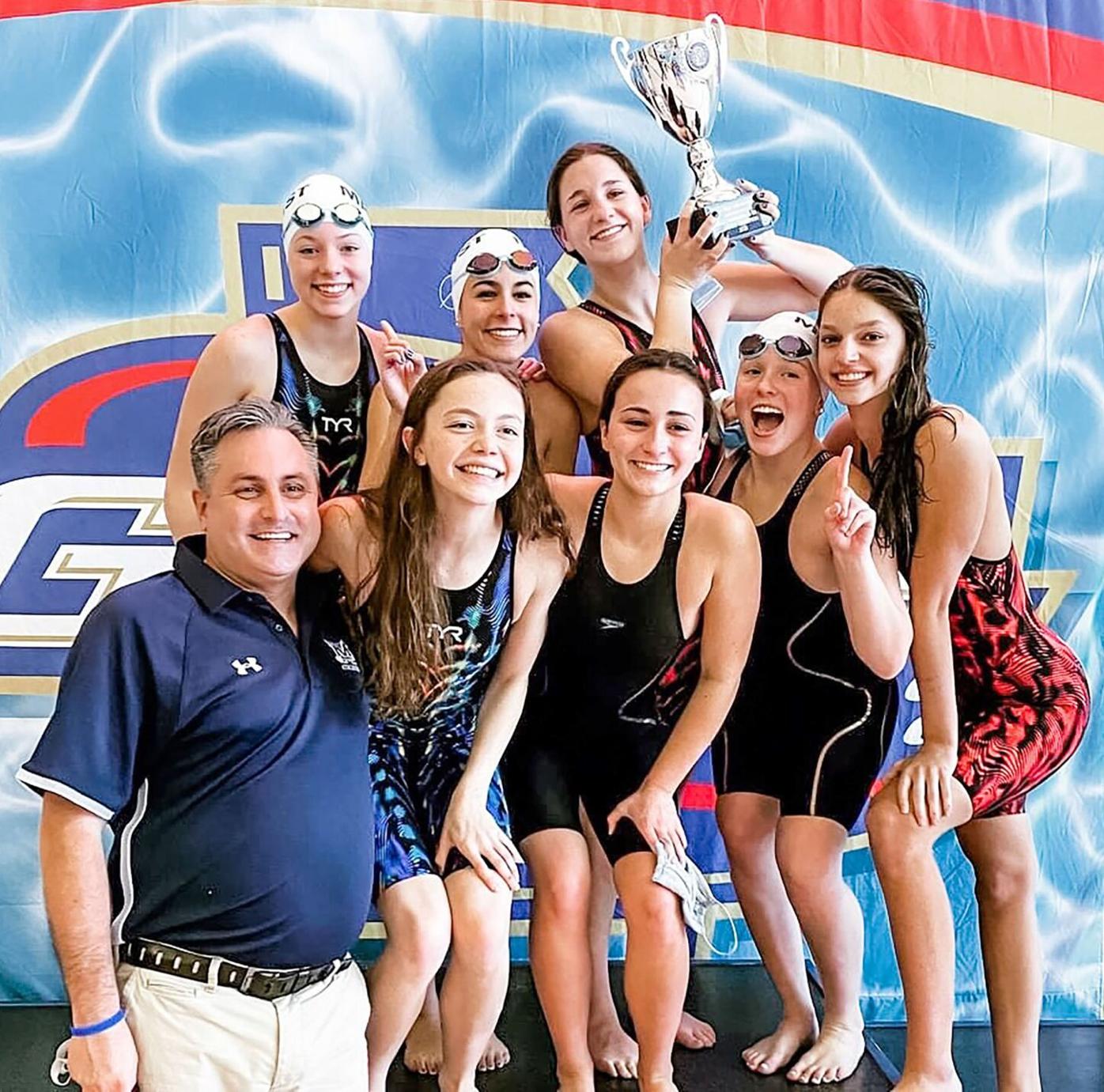 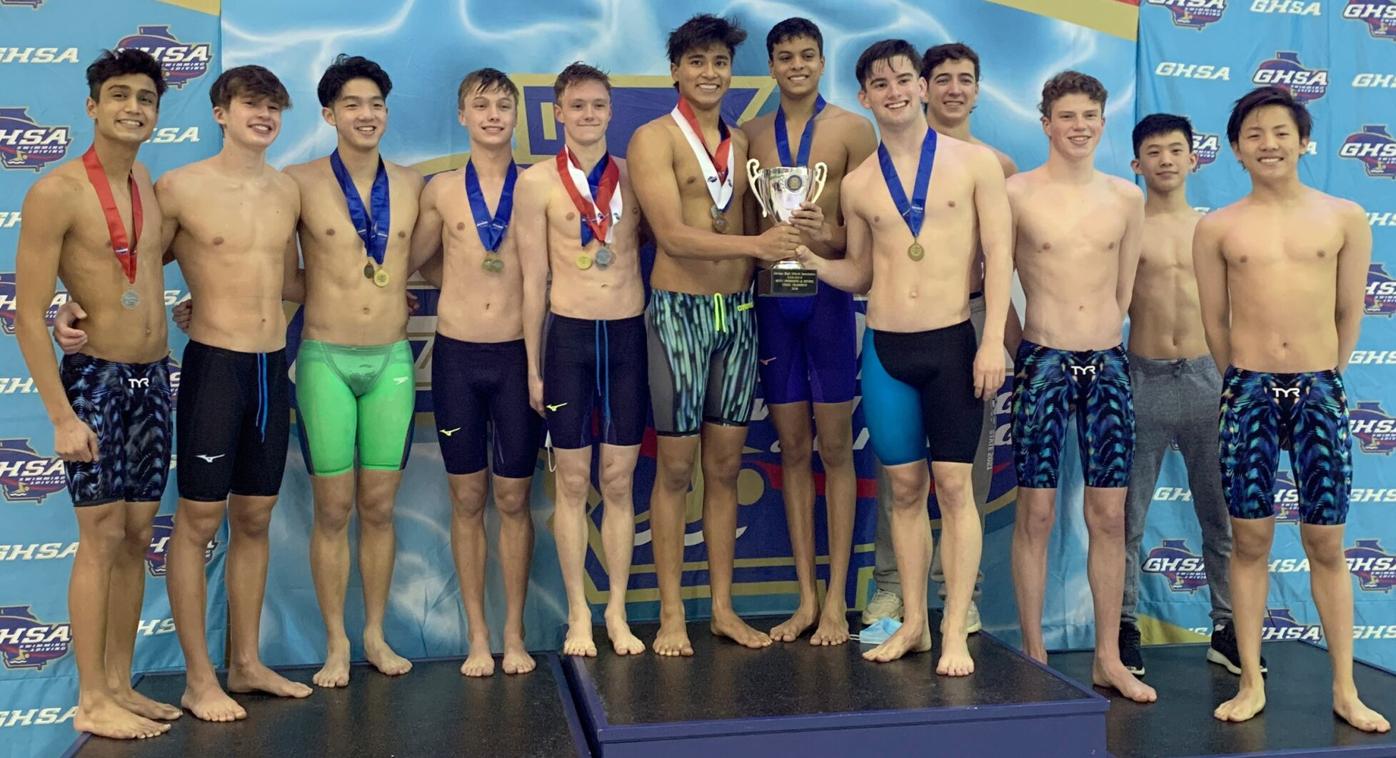 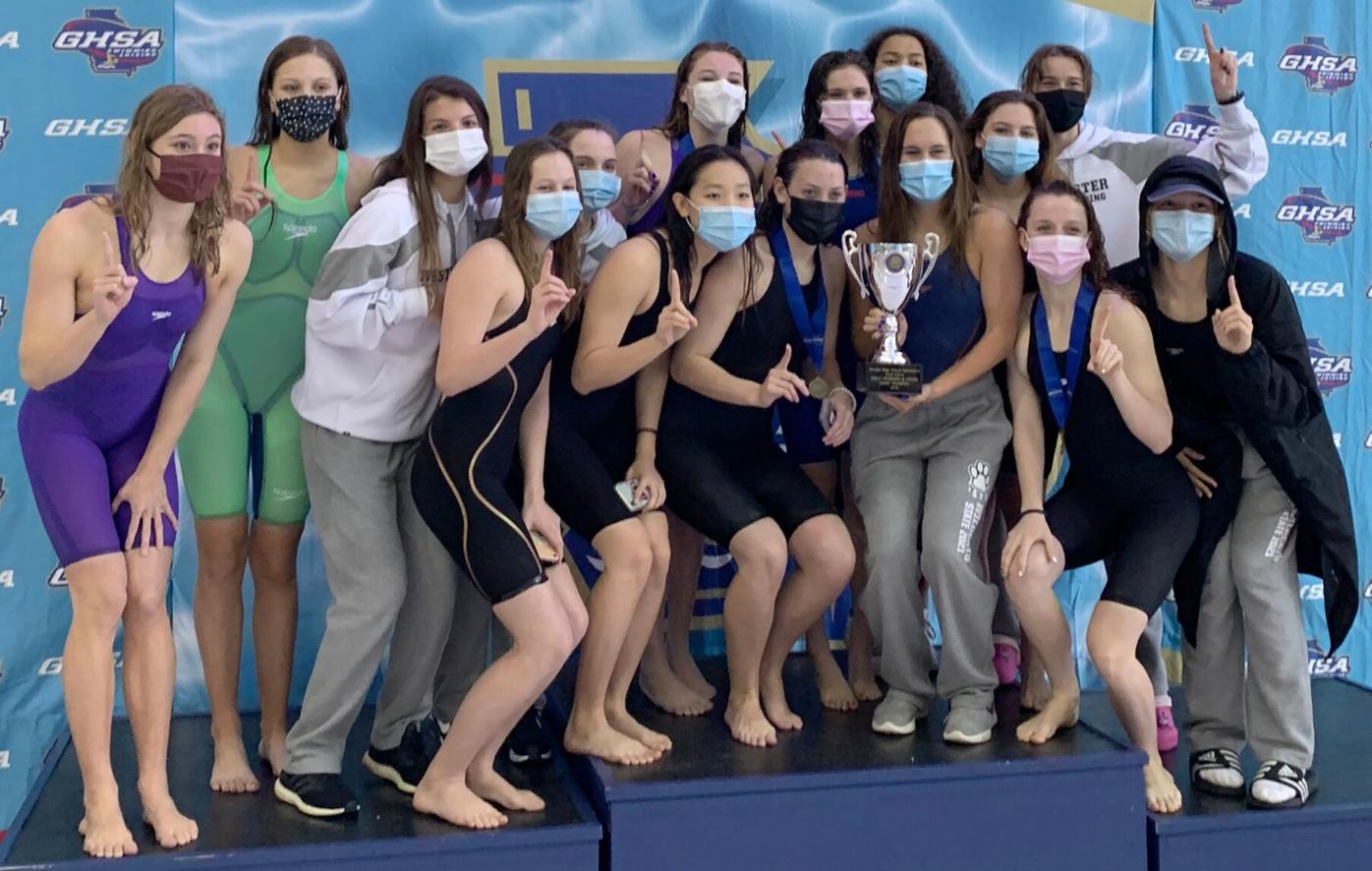 This article was updated Feb. 12 at 3:04 p.m. with Westminster team photos and quotes from its coach added.

Marist and Westminster swept the boys’ and girls’ championships at the Georgia High School Association (GHSA) state swimming and diving championships Feb. 2 through 6 at Georgia Tech in Midtown.

Other local schools placed in the top four as teams, and several athletes placed in their individual or relay events, with two breaking state records.

“Winning this year was an amazing accomplishment for the Marist teams,” War Eagles coach Chris Marshall said of the boys’ and girls’ squads’ state titles. “The pandemic definitely made things challenging with temperature taking, contact tracing and quarantines. It was nice to have both teams rewarded for their dedication to not only training, but also the mandated protocols of our new normal!”

Marshall, who just completed his third season as Marist’s coach, also guided his boys’ team to the state crown in 2020.

“This was the first time both boys’ and girls’ teams won in the same year since 2009 for Marist,” he said of this year’s feat. “We had two small teams compared to others at the state meet – four divers and seven swimmers for both the girls and boys. This meant that everyone at the meet was important, necessary, and depended upon.

“This meant that they were a tight group and very focused on the task at hand. Our divers really stepped up on the first day of competition to give us huge leads going into the swimming events. It was truly as total swimming and diving team effort at this meet.

Marshall added the road to each Marist team’s state title this year was markedly different.

“The boys’ team having won the state title last year definitely helped them prepare for and motivate themselves for this season,” he said. “Because of strong leadership from my boys’ team captains and seniors, this team still had that hunger and fire in their bellies to repeat this year. Next year should be just as fun as we are only graduating 3 seniors on the diving team and none from the swim team.

“The girls’ team was just the opposite. Last year, they could have and should have won it, but made a few mistakes at the state meet which cost them. The coaching staff knew these girls this year were slated to have a strong season and that a state title was well within their reach. We worked on motivation outside the pool with these girls. They each needed to understand why the state meet was important to their teammates, to understand what they were most afraid of at this meet and finally to understand what they needed from their teammates to succeed at State. This effort to bring them together seemed to be that catalyst to focus them on exorcising the ghosts and demons of past meets and come out with a state title.”

“It was especially satisfying because the leadership team, our captains, they had to be flexible, adaptable and creative more than probably any other group than we’ve ever had,” Westminster coach Sharon Loughran said of both teams’ titles. “They were stellar. They kept their discipline throughout the season.”

Loughran thanked the captains – the girls’ squad’s Bertschi, Zhao, Virginia Hatcher, Lucie Ide and Emily Payne and the boys’ team’s Pillai and Zac Walpole – plus others at the school and elsewhere that helped make the season happen amid the pandemic.

“The first thing we realized more than ever is how it takes a village from our entire school, from our COVID support team to … keep us in school, from our athletic director (Tim Downes) and all the coaches in the other sports to pull together to keep a safe environment for our athletes,” she said. “That carries over to the classroom with the teachers working so hard. We started in July on doing this safely but diligently.

“Andy Cowart with the GHSA working together with Atlanta Swimming, with Franke Marsden and Matt Murphy, which runs the state meet, and Georgia Tech being willing to host. This year it was special because it took a special group of leaders who have a passion for our sport to make the state meet happen.”

Loughran added that not having spectators at the state meet due to COVID-19 “didn’t take away from how they performed.”

“The internal drive just went fast, especially setting a state record with the 200 medley relay team,” she said. “It was especially neat. It goes back to the fact that they were very disciplined about their performances and were grateful to be there, even though it was not under the same circumstances.”