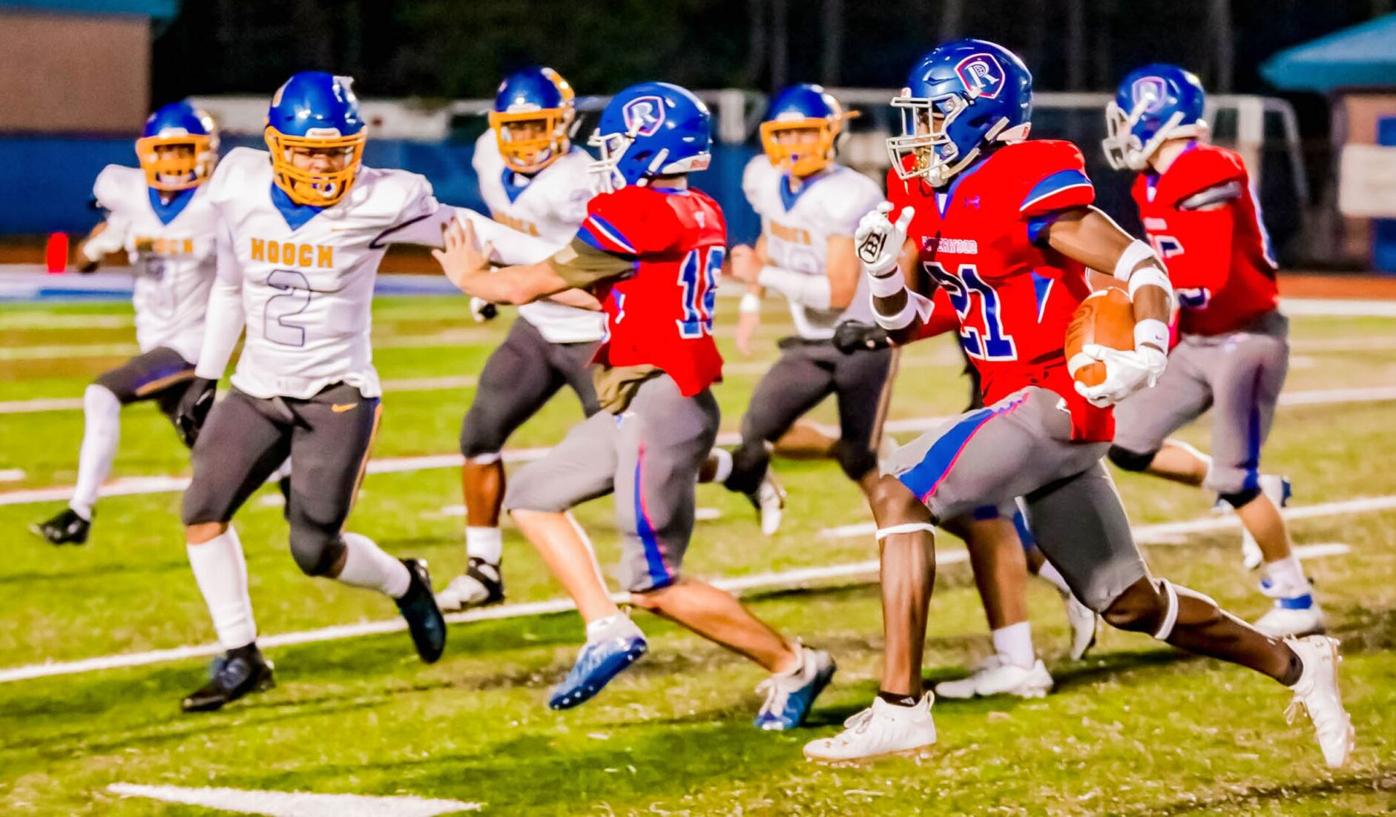 Riverwood’s Jaden Harris runs toward the sideline as his teammates pick up blocks during the team’s 2020 game against Chattahoochee. 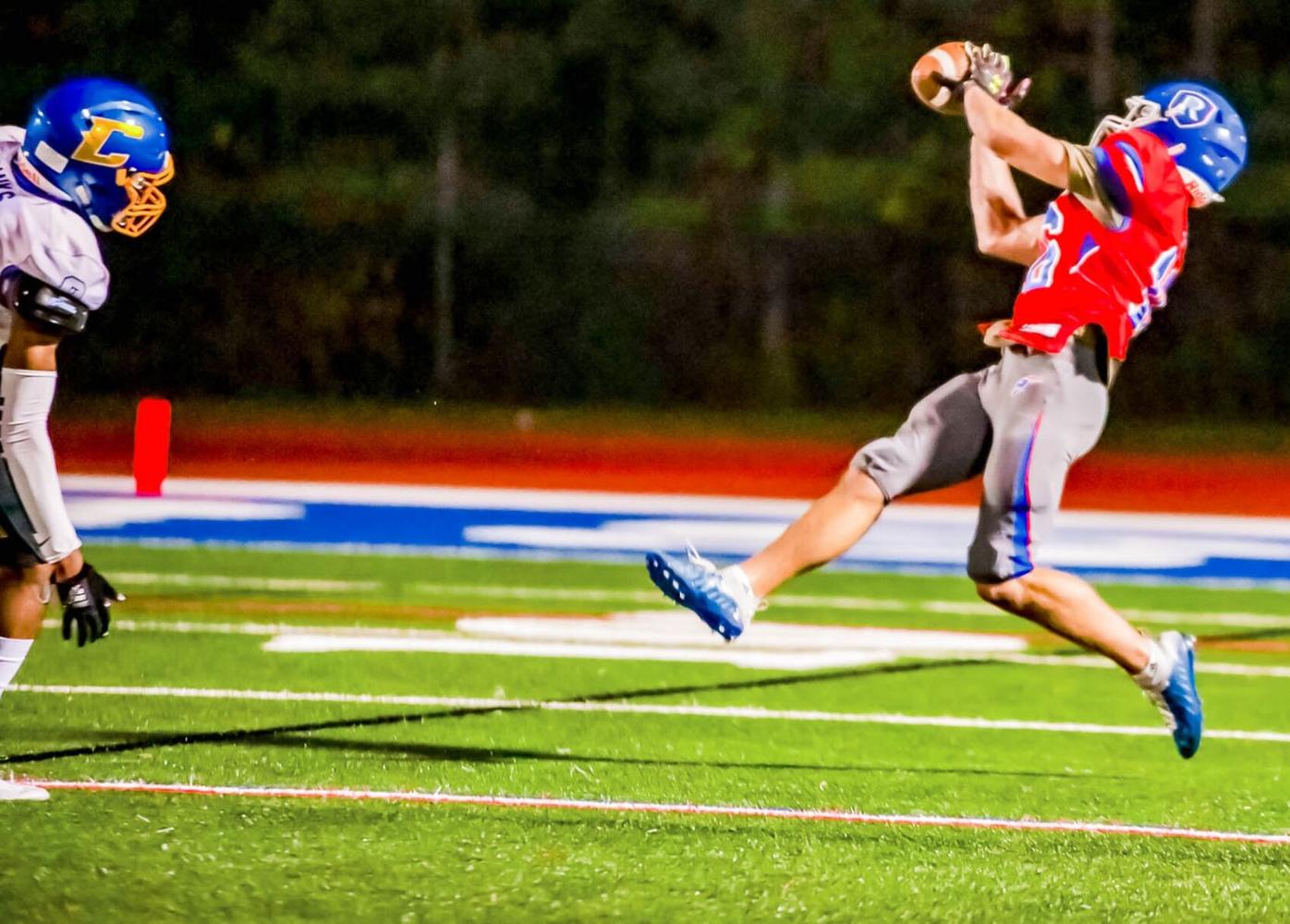 Riverwood’s Zach Cigelske leaps to make a catch during the team’s 2020 game against Chattahoochee. 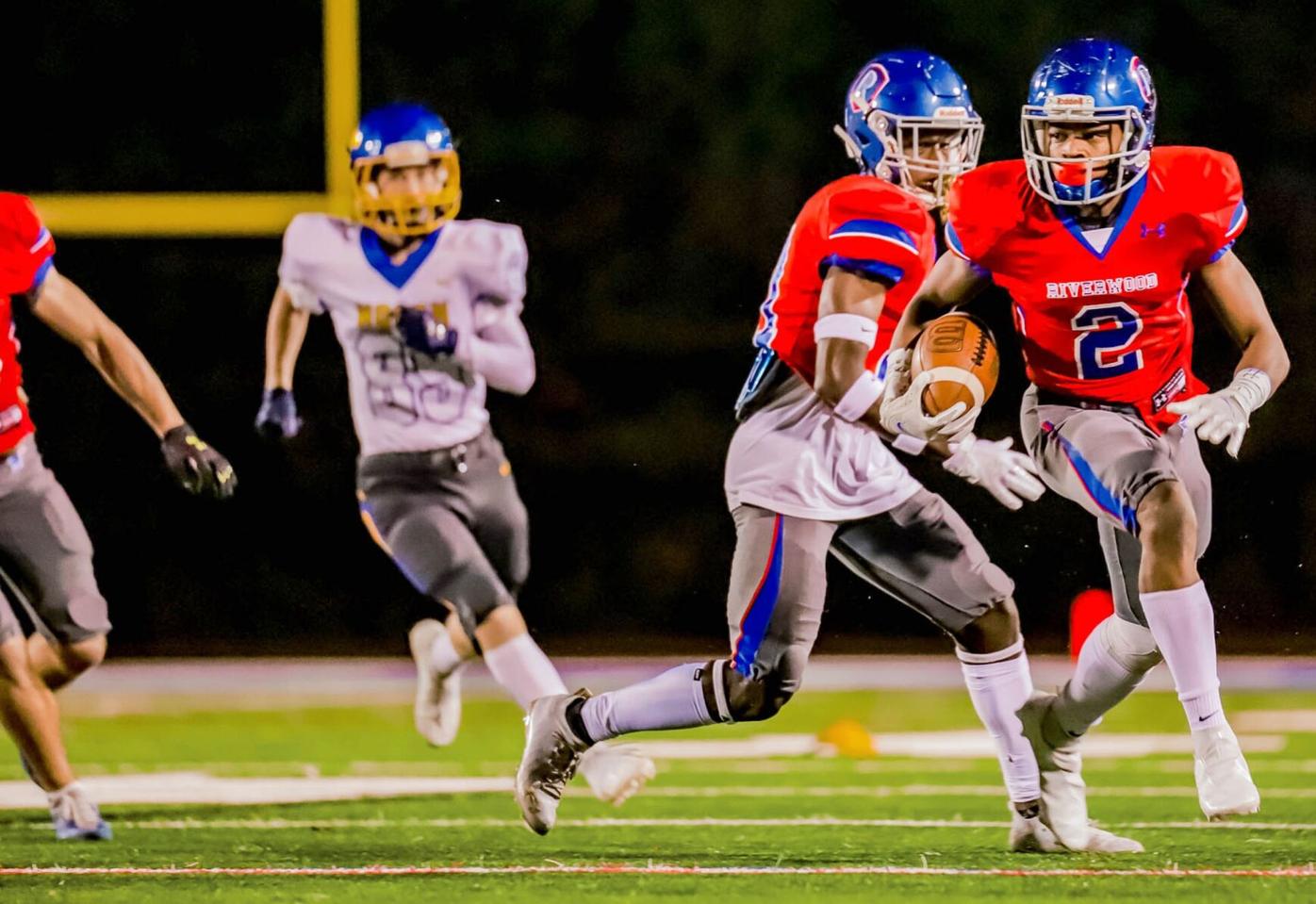 Riverwood’s Khalil Anderson looks for running room during the team’s 2020 game against Chattahoochee.

Riverwood’s Jaden Harris runs toward the sideline as his teammates pick up blocks during the team’s 2020 game against Chattahoochee.

Riverwood’s Zach Cigelske leaps to make a catch during the team’s 2020 game against Chattahoochee.

Riverwood’s Khalil Anderson looks for running room during the team’s 2020 game against Chattahoochee.

In 2018 the team won eight games and hosted its first postseason game since 2001, which was also the last year it won at least eight contests. The following year, Riverwood went 10-0 in the regular season and won the Region 6-5A title before falling in the second round of the Class 5A playoffs to Duchtown.

So in 2020, when the Raiders went 4-5 and just missed the 6A playoffs, it was certainly a disappointment.

“We’re just going to (have to) play solid football,” Edwards said when asked how Riverwood can return to the postseason this year. “A lot of those (2020) games we lost by three to seven points, and we were in it up until the fourth quarters. One or two plays a game would have changed the outlook on those games.

“The number one thing is staying healthy,” Edwards said. “Even though we’re a 6A team, we’re … one of the smaller teams, numbers-wise. The main thing is to try to stay healthy, play smart football and put the kids in the best situation to win games.”

He added his six-person coaching staff has undergone major changes, with him and assistant Robert Hicks the only holdovers from last season.

“A lot of our old coaching staff went to other teams, so we’ve got a whole new coaching staff,” Edwards said. “That’s going to be a difference for us, those guys being leaders as coachers leading the kids to make the right decisions on and off the field.”

North Springs is looking to new face to help the program become victorious once again.

After going 7-4 and falling to George Walton in the first round of the Class A Private playoffs, Holy Innocents’ is looking to compete for the…