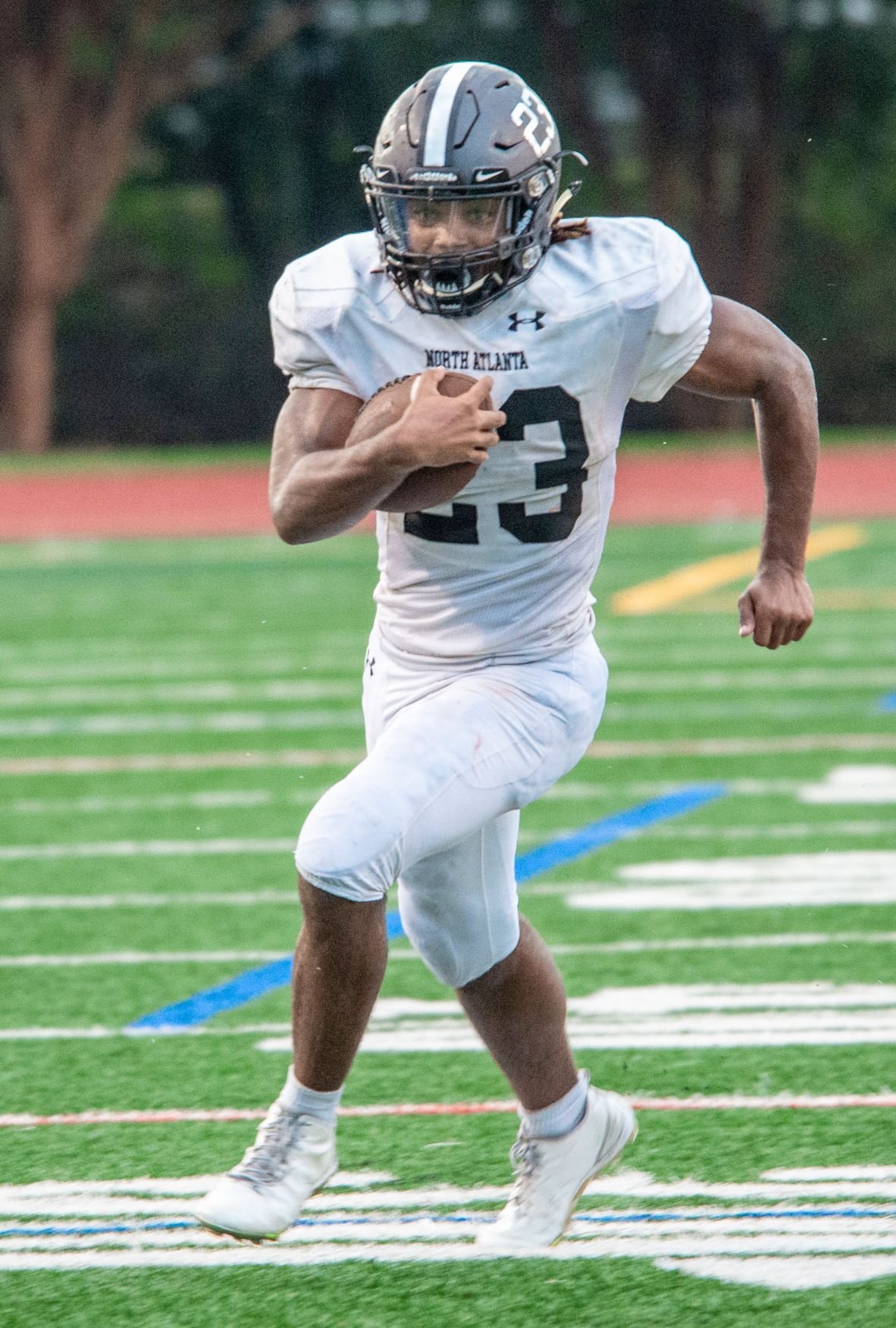 North Atlanta senior running back T.K. Mack had a game- and career-high 303 rushing yards and four touchdowns in the team’s 40-19 win over Grady Aug. 23. 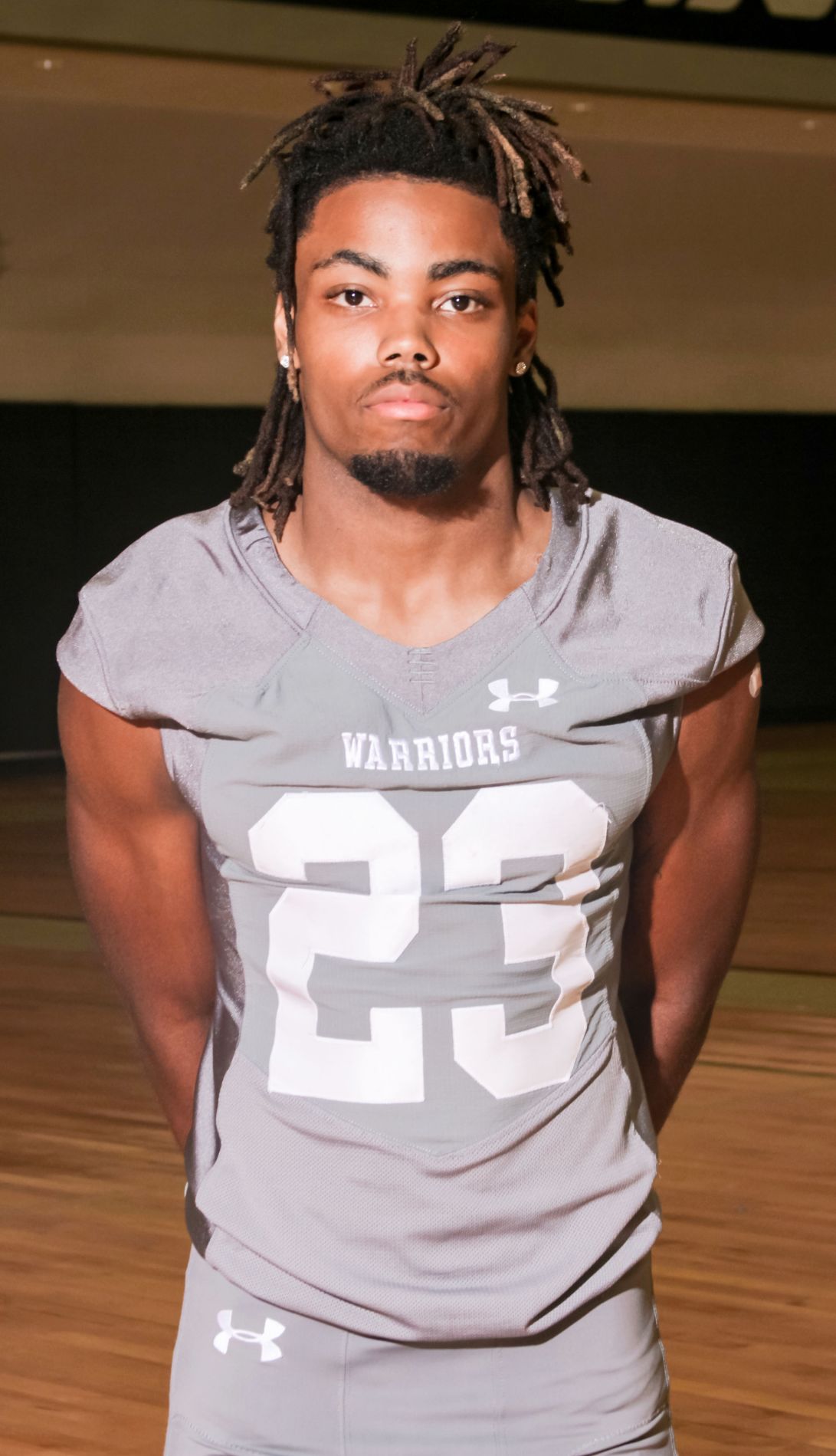 North Atlanta senior running back T.K. Mack had a game- and career-high 303 rushing yards and four touchdowns in the team’s 40-19 win over Grady Aug. 23.

North Atlanta running back T.K. Mack had a breakout performance in the team’s season-opening 40-19 victory over Grady Aug. 23. The senior had a game- and career-high 303 rushing yards and four touchdowns in the win.

“I trusted my linemen, tried to hit the correct holes, be patient and allow them to do their job,” Mack said. “Its good to start the year with a win and we’re trying to practice harder.”

Mack had a team-high eight rushing TDs in 2018 and looks to have picked up where he left off from last year.

“The whole thing is that we want to give him a bunch of carries if we can,” Warriors coach Sean O’Sullivan said. “You want him to be at his best in region play, and the way to get him there is through live repetitions in games. The more carries he can get, the better he can be. He’s an extreme power back who’s explosive. He’ll run through you and not around you. He got better in the offseason with his pass protections. He’s not real vocal but he leads by example on the field.”

Mack began playing football when he was only 6.

“When I was young, my parents saw that I was an athletic guy and always liked to wrestle and be physical,” he said. “My father always believed that I could be a football player.”

Mack lists Atlanta Falcons running back Devonta Freeman and NFL Hall of Famer Eric Dickerson as his favorite football players. He also runs on the North Atlanta track and field team, where he competes in the 200-meter dash.

“It helps with my conditioning playing through the fourth quarter and maintaining my speed through a whole game,” Mack said.

His interest outside of football include working out and spending time with friends and family. Mack’s favorite academic class is forensic science.

“I was interested in learning more about crime scenes, went into the class and liked it,” he said.

North Atlanta had a breakthrough season in 2018 with a five-win campaign that saw the program produce its most victories in a year since 2010. The Warriors are ready to build on this success and earn a spot in the Georgia High School Association (GHSA) state playoffs for the first time since 1996.

“We’re real confident,” Mack said. “Our goal is to make the playoffs and we have to get better each week by practicing hard and eliminating mistakes. We can make a run if we stay healthy, keep doing what we’re doing and everything will work out just fine.”

Next up for North Atlanta will be a home contest against KIPP Atlanta Collegiate Sept. 6.

Lovett’s battle against Marist will be the marquee matchup in the second week of the football season for local programs Aug. 30.

Buckhead resident Bo Curtis’ ties to baseball date back to his time as a student at Riverwood High School, from which he graduated in 2003.

With the midway point of the prep football season approaching, Marist’s short road trip to St. Pius X, in a battle of two Catholic schools, hi…

With the prep softball season moving through the halfway mark and the state playoffs beginning Oct. 8, several local programs are finding thei…