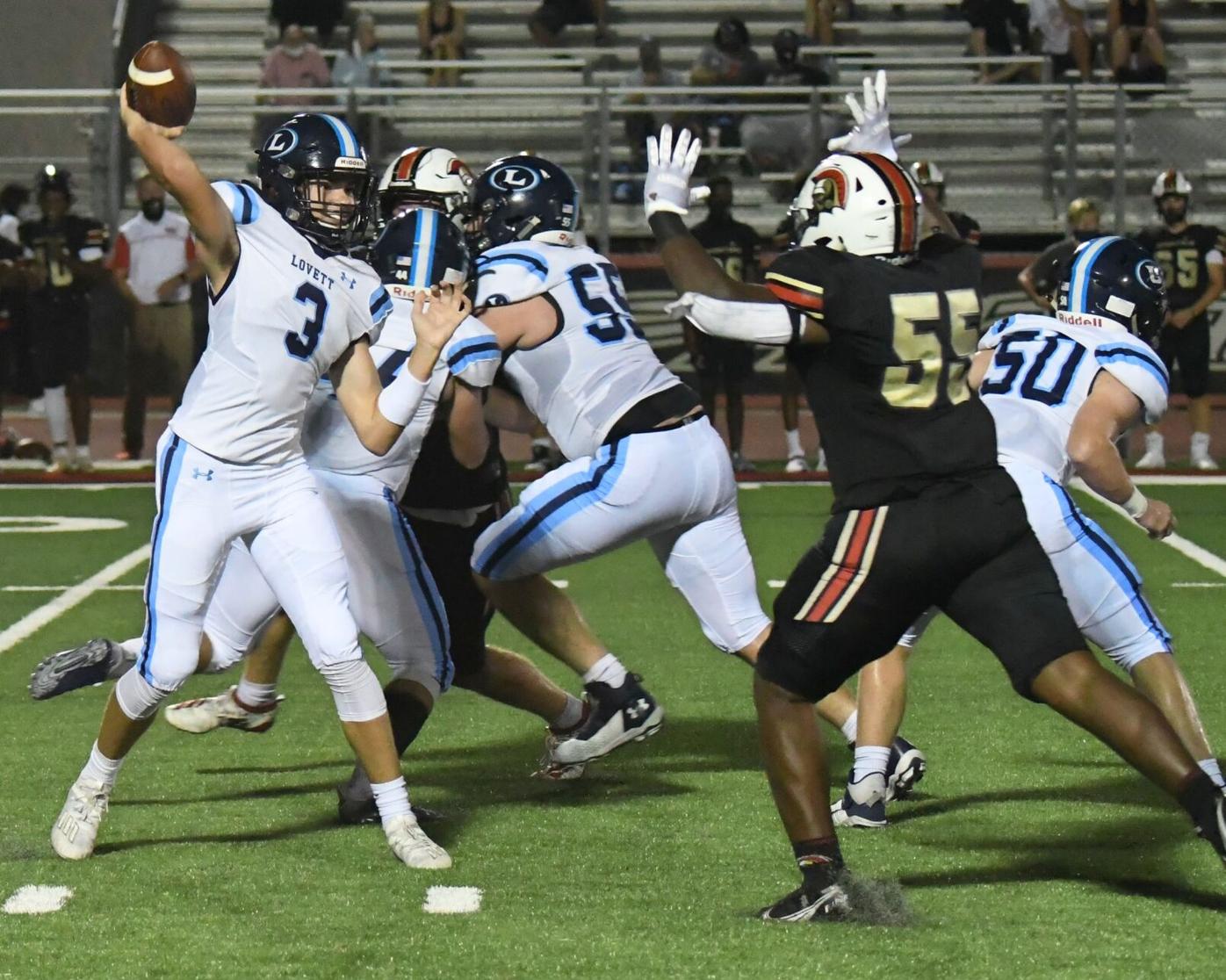 Lovett QB Preston Lusink fires a pass during the team’s game against Greater Atlanta Christian in 2020.

Lovett RB Parker Hammond looks to run for a long gain in a 2020 game. 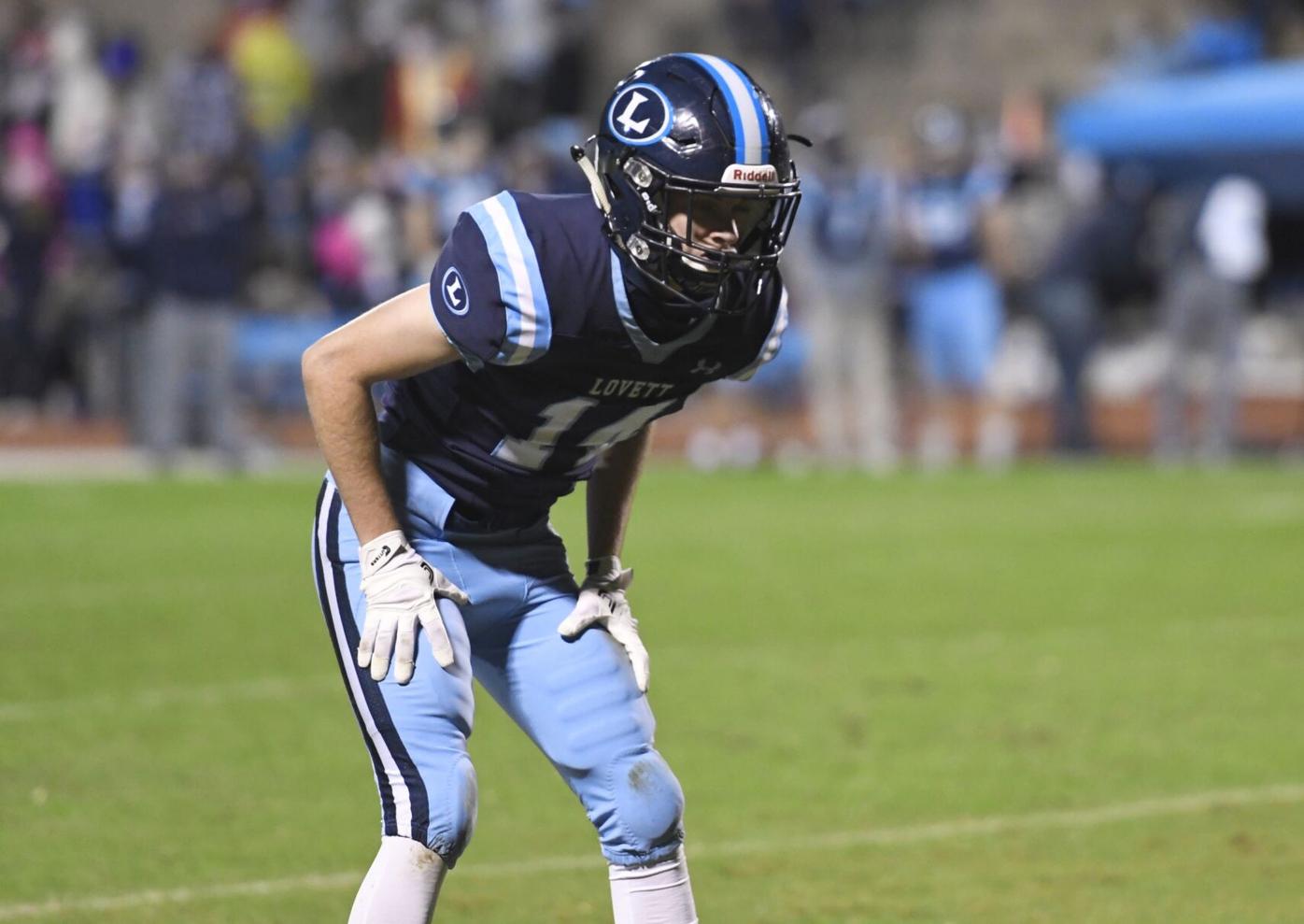 Lovett DB Chase Nalley gets ready to defend a receiver in a 2020 game.

Lovett QB Preston Lusink fires a pass during the team’s game against Greater Atlanta Christian in 2020.

Lovett RB Parker Hammond looks to run for a long gain in a 2020 game.

Lovett DB Chase Nalley gets ready to defend a receiver in a 2020 game.

But Lovett, which won a state title in 2013 and is used to making deep runs in the postseason, ended last season disappointingly with an 8-3 record and a loss to eventual champion Callaway in the second round of the Class 2A playoffs.

“We’ve got to replace our playmakers,” Lions head coach Mike Muschamp said. “That’s going to be a pretty tall task because Goldberg and Pinkston did an awful lot for us. Losing Kamerschen up front and Turner up front really hurt us.”

As the Lions prepare for this season and form their own identity, Muschamp said finding new leaders will be the biggest challenge.

“Each year’s a new year. Each team is a new team,” he said. “We lost a good group of seniors who did a good job (with) leadership skills, and that to me is the probably the hardest thing to replace. Those guys did a really nice job of keeping the team together through the crazy year we had last year.”

Pace pushing for return to playoffs after early exit in 2020

A year after ending the season with a disappointing loss to Fannin County in the first round of the GHSA Class 2A playoffs, Pace plans to retu…

Riverwood looks to return to playoffs after disappointing 2020