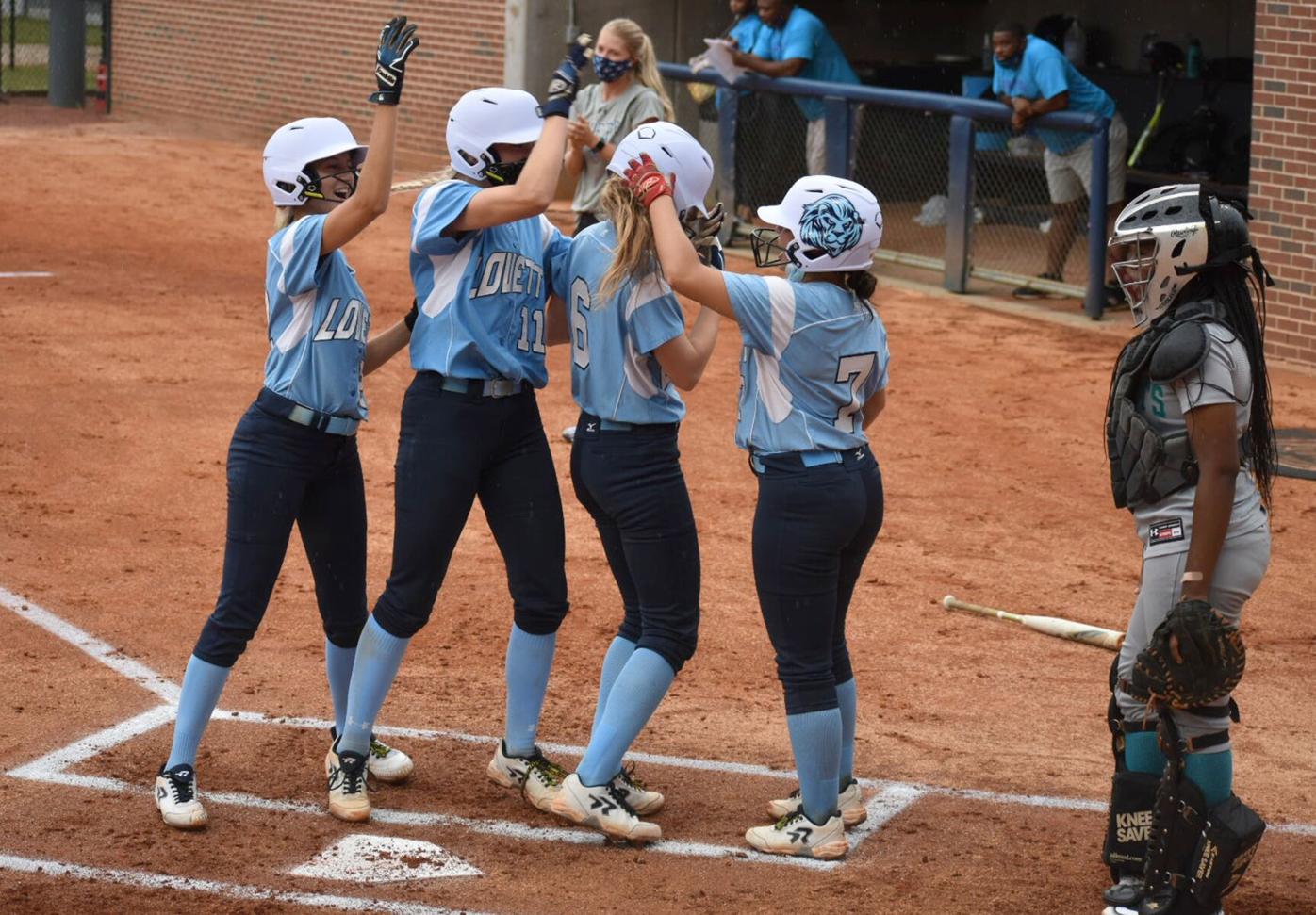 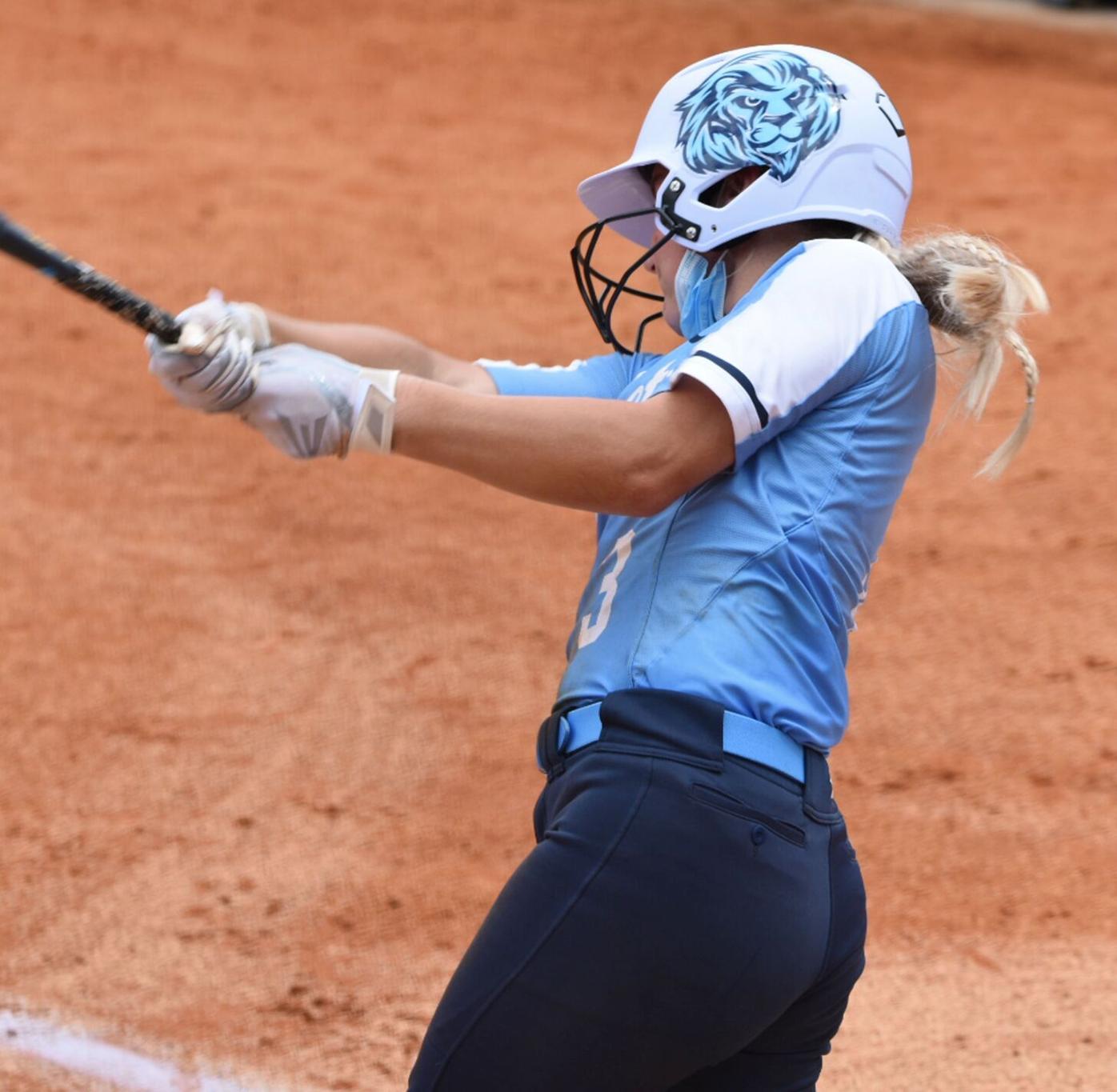 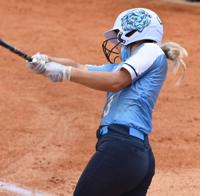 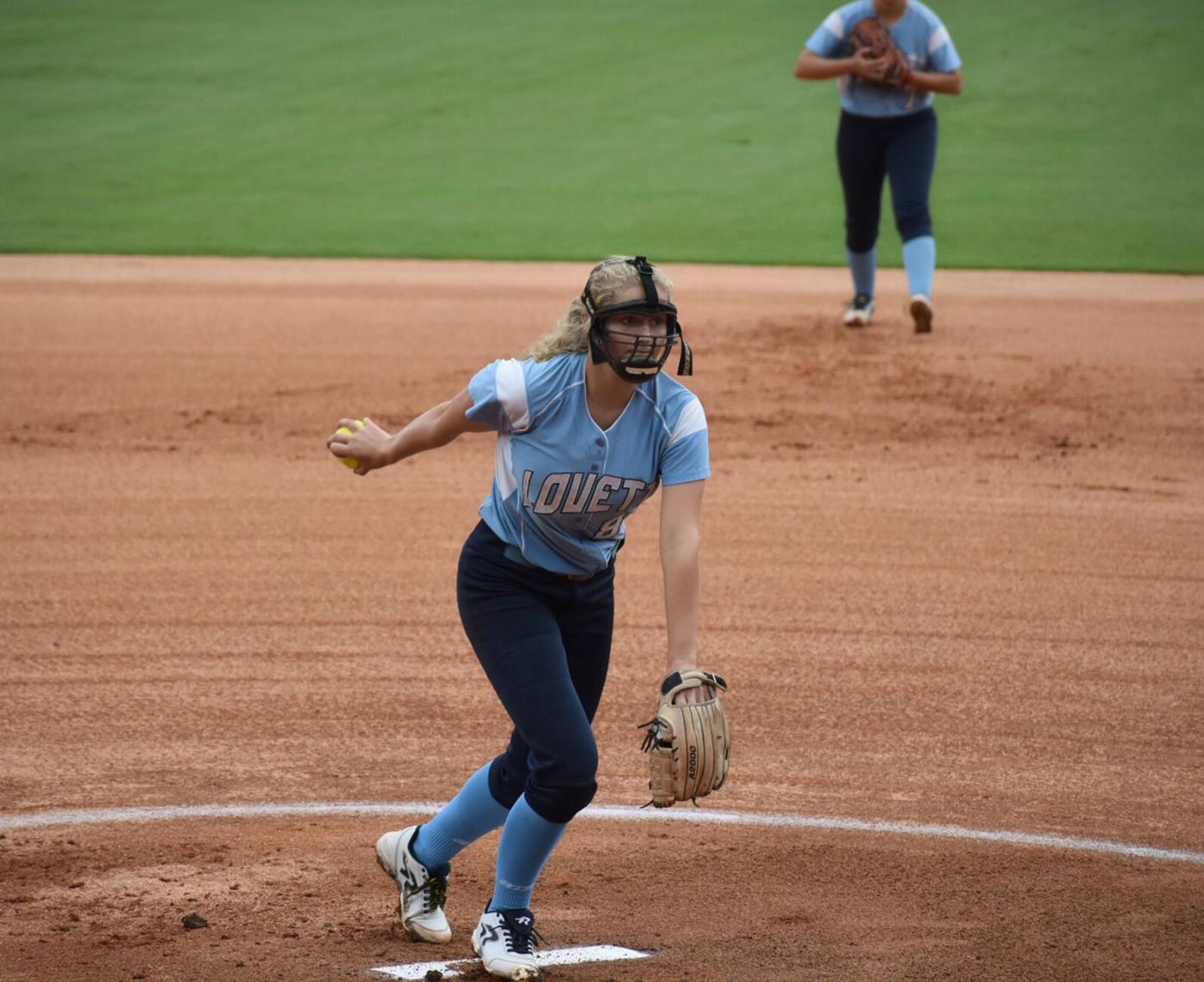 As the calendar flips to November, Northside schools are in the heat of the Georgia High School Association (GHSA) state playoffs in cross country, fast-pitch softball and volleyball with hopes of bringing home state crowns.

In softball, Lovett is the Northside area schools’ last chance to bring home a state title. In Class 2A, the Lions played Heard County in the semifinals Oct. 30 in Columbus, where the state tournament shifted to a double-elimination format after the first three rounds were in a single-elimination, best-of-three series setup.

“Lovett softball is a strong group that is determined,” Lovett coach Perelini Bush said. “I believe our team has entered a place in their craft where we all know our roles and are focused on playing for each other. Offensively, we are a powerful team when we get things going and we don’t give up.”

“Defensively, our ladies understand situations and adjust every pitch very well. Their performance in the state tournament this far has been a constant fight. We are always looking at the problem and we analyze as a group and adjust. They are a fun group to watch and I am proud of them.”

Wesleyan’s quest to win a third state Class A Private title in four years ended Oct. 23 and 24 when the Wolves fell to Mount Paran Christian 3-0, 5-6, 10-2 in the quarterfinals.

The Wolves beat Tattnall Square by forfeit in the second round. But in that same round, Mount Vernon was eliminated by Prince Avenue Christian 5-2, 9-2, and Holy Innocents’ lost to George Walton 12-0, 10-0.

Wesleyan coach Mary Stephenson said Tattnall Square forfeited due to at least one player testing positive for COVID-19 and shared the school’s tweet about the subject to confirm it.

In the tweet, the school stated, “Due to a positive COVID-19 test and the DPH protocols on contact tracing, Tattnall will be unable to compete in Round 2 on Friday against Wesleyan. It is a mandatory forfeit in the playoffs.”

The remaining Northside schools were eliminated in the second round. In Class 6A, North Atlanta fell to Effingham County 3-1, 11-0, and in Class 4A, Marist was ousted by Madison County 5-0, 7-10, 5-1.

In volleyball, five local teams – St. Pius X, Marist, Westminster, Pace and Holy Innocents’ – remain in the hunt for state titles after advancing to the semifinals Oct. 31. The second round and quarterfinals were played Oct. 24 and 27/28, respectively, and results of the semifinals were not available at the Neighbor’s deadline.

In Class 5A, St. Pius battled McIntosh in the semis and shut out Starr’s Mill 3-0 in the quarterfinals. In the second round, the Golden Lions blanked Calhoun 3-0, and North Springs fell to Apalachee 3-2

In Class AA/A Public, Pace battled Union County in the semis. In the second round, the Knights defeated Dade County 3-0, and Lovett lost to Gordon Lee 3-0. Pace blanked Vidalia 3-0 in the quarterfinals.

In Class A Private, Holy Innocents’ battled Athens Academy in the semis. The Golden Bears ousted Mount Paran Christian 3-1 in the second round and shut out Savannah Christian 3-0 in the quarterfinals.

In Class 6A, North Atlanta eliminated Effingham County 3-1 in the second round, but the Warriors fell to Pope 3-0 in the quarterfinals.

In cross country, local GHSA teams participated in their region/area meets during the final week in October and had to complete them by Oct. 31. The state meet is set for Nov. 6 and 7 at Carrollton High School in Carrollton.

In the Georgia Independent School Association (GISA), Atlanta Girls’ lost to eventual champion Valwood Oct. 9 in the first round of the volleyball Class 3A state playoffs. Hurricanes senior outside hitter Mihkhaila Doyle was named all-state.

In golf news, Westminster sophomore Ethan Gao, an Alpharetta resident, is one of five top junior golfers from metro Atlanta who were named Rolex Junior All-Americans by the American Junior Golf Association. Gao, ranked 25th nationally by the association, was named an honorable mention All-American.

These basketball athletes have won wheelchairs through a BlazeSports essay contest

Two youth wheelchair basketball players recently got quite a surprise.

Pace has forfeited its Oct. 23 game at Eagle’s Landing Christian over worries about the home team’s COVID-19 protocols.

With no local schools facing each other this week, North Springs’ Class 5A non-region game against Chamblee highlights the action in Week 9.

Floyd County recount continues, elections board members believe they will be done by 5 p.m.