Georgia’s Anthony Edwards reacts to his breakaway slam dunk after making a steal late in the second half against Texas A&M on Feb. 1 at Stegeman Coliseum in Athens, Georgia. 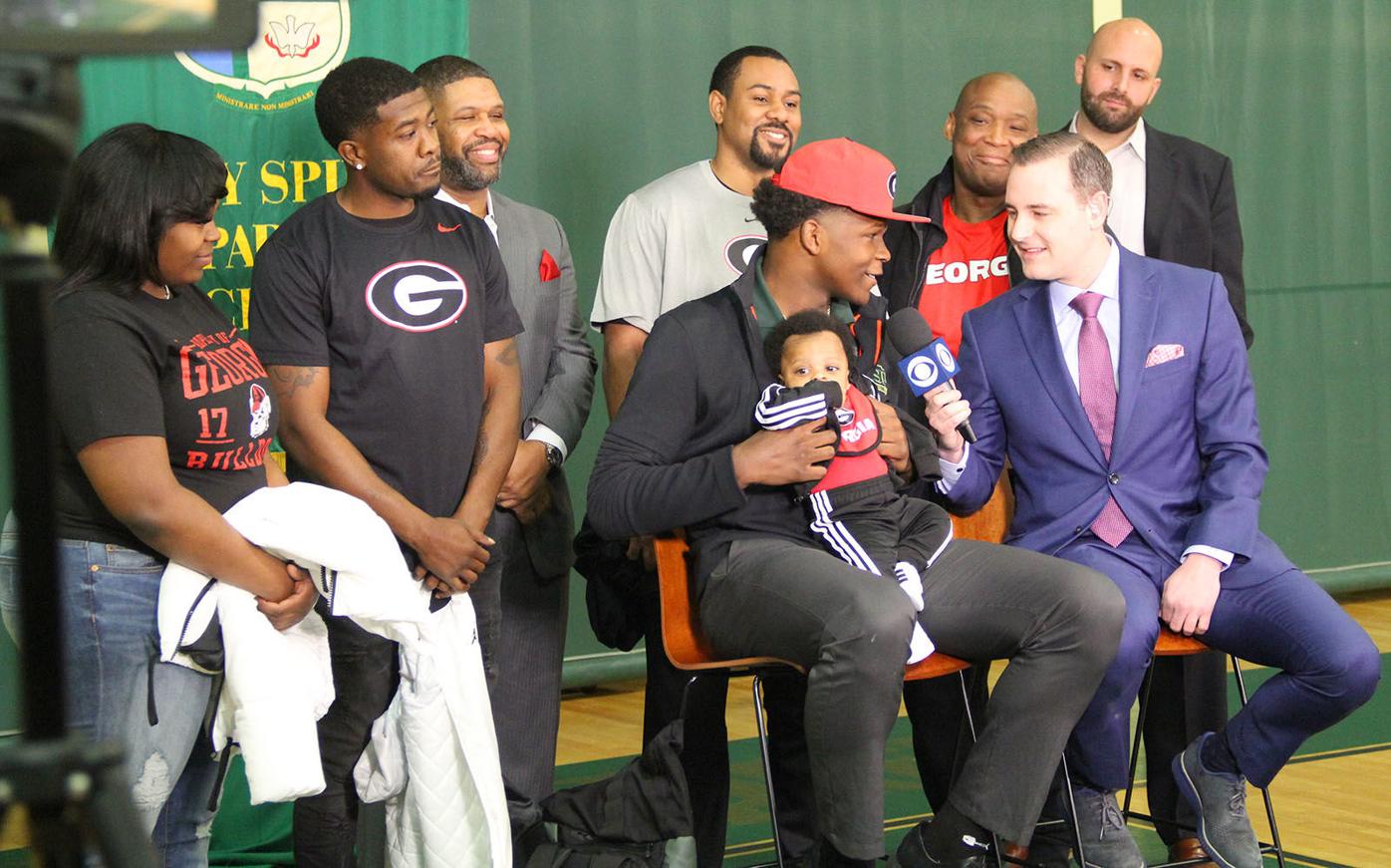 Georgia’s Anthony Edwards reacts to his breakaway slam dunk after making a steal late in the second half against Texas A&M on Feb. 1 at Stegeman Coliseum in Athens, Georgia.

Former Holy Spirit Prep star Anthony “Ant Man” Edwards was selected first overall by the Minnesota Timberwolves in the Nov. 18 NBA Draft, which was held virtually due to the COVID-19 pandemic.

Edwards, who played one season at the University of Georgia before declaring himself eligible for the draft, was thrilled to be chosen first.

“It’s an undescribable feeling. I mean, I can’t even describe it,” he said in a live ESPN interview at the draft. “My family is emotional. I feel like when I get off here, I’ll be emotional, and I’m just blessed beyond that to be in this situation.”

During the 2019-20 season, Edwards, a 6-foot, 5-inch shooting guard, averaged 19.1 points per game to lead all freshmen nationally. As a result, he was named the SEC Freshman of the Year.

Edwards was raised by his older siblings after both his mother and grandmother died when he was 14.

Edwards is the second local player to be selected in the NBA Draft in the past two years. In 2018, Pace graduate Wendell Carter Jr. was picked by the Chicago Bulls in the first round (seventh overall) after spending one season at Duke University. Carter, a center/forward, averaged 11.3 points and 9.4 rebounds per game during the 2019-20 season.

Timberwolves make Anthony Edwards the No. 1 pick in the NBA draft

MINNEAPOLIS — Minnesota has Georgia on its mind. With the first pick of the NBA draft Wednesday night, the Timberwolves selected Georgia guard and Atlanta native Anthony Edwards to become the latest significant piece to surround its young core of center Karl-Anthony Towns and guard D'Angelo Russell. Since the coronavirus delayed both the draft lottery and the draft, there has been months of ...

24 Chamber members commit to sponsoring Keep It In the County