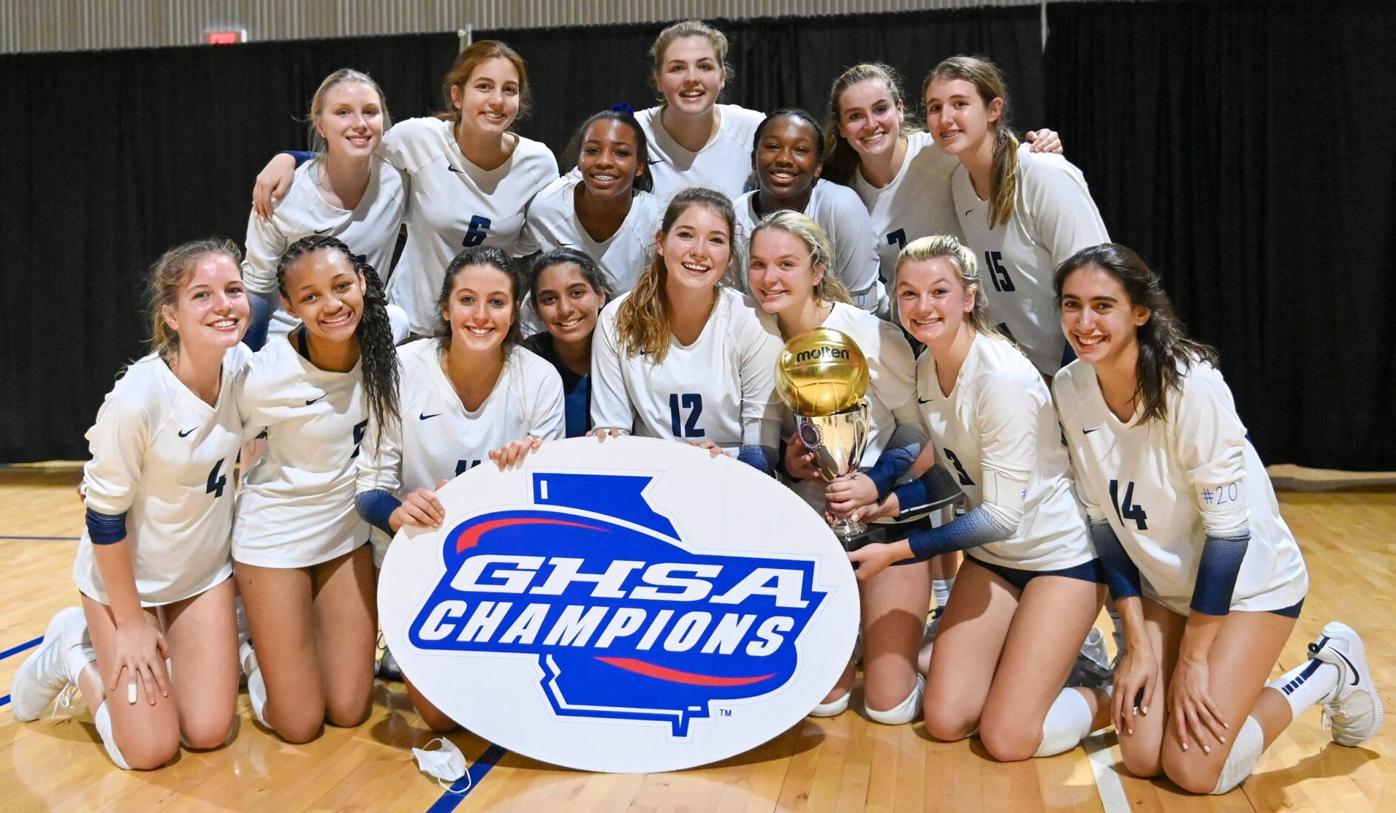 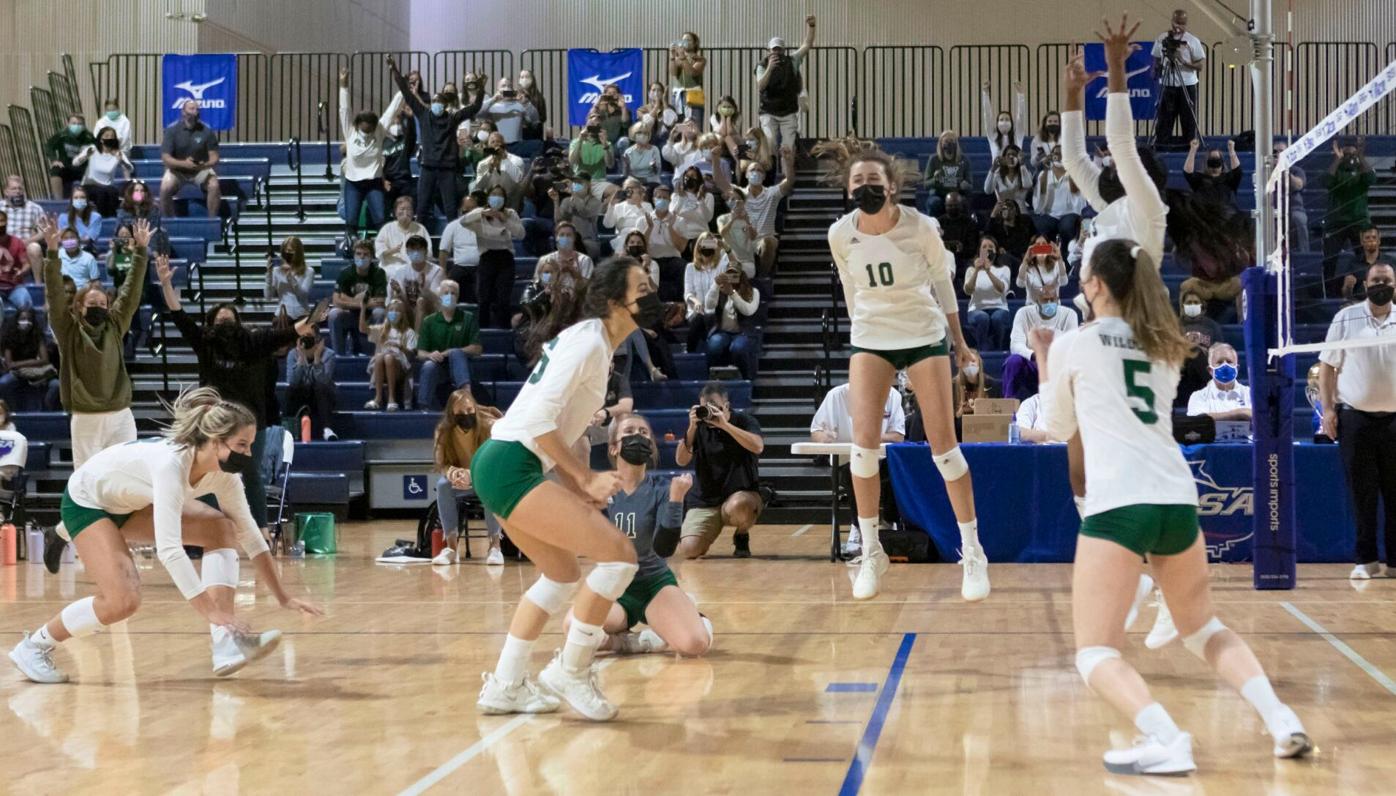 Members of Westminster's volleyball team jump for joy after clinching the 2020 Class AAA state championship at the Lakepoint Sports Complex in Cartersville Nov. 7. 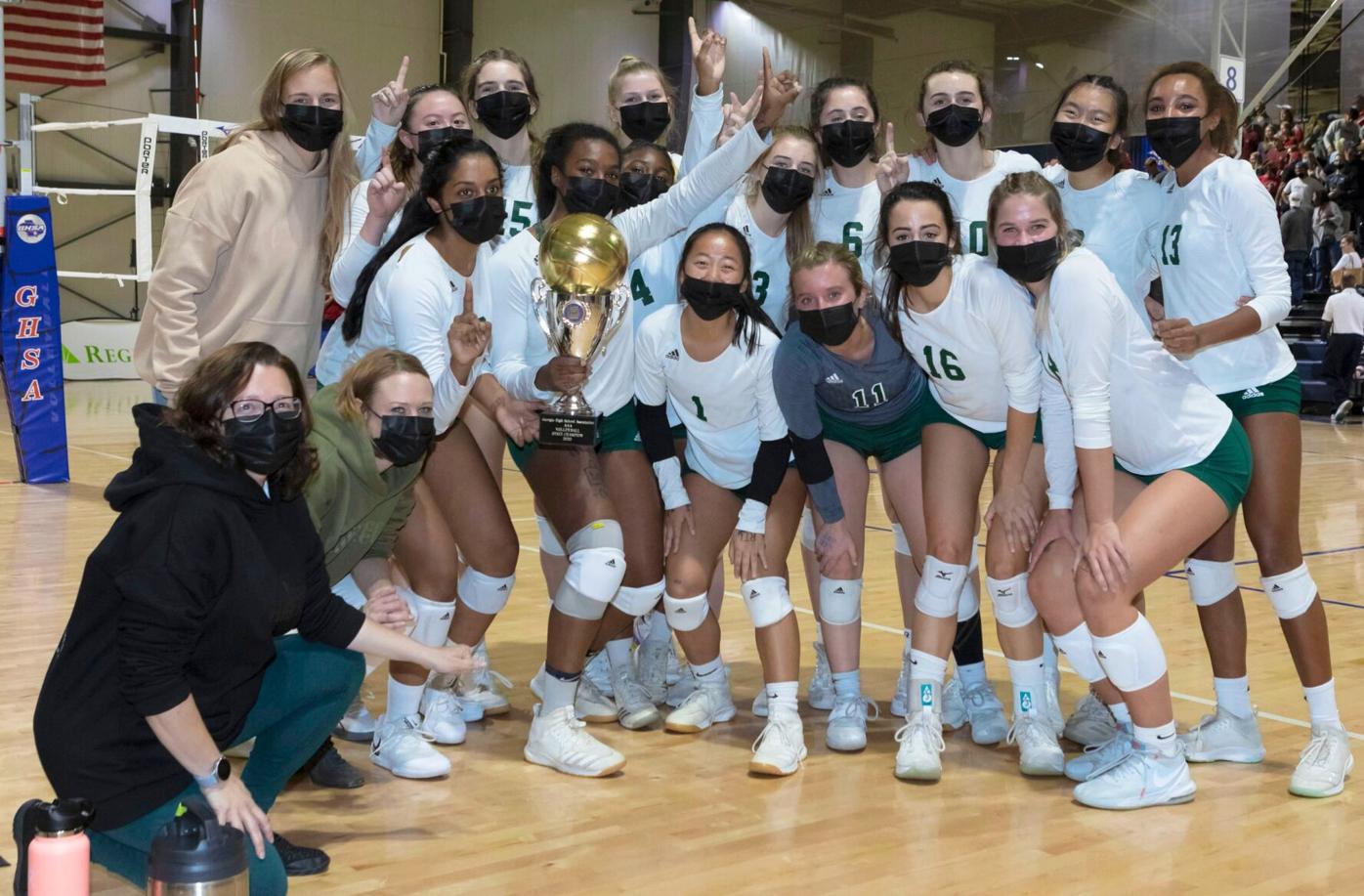 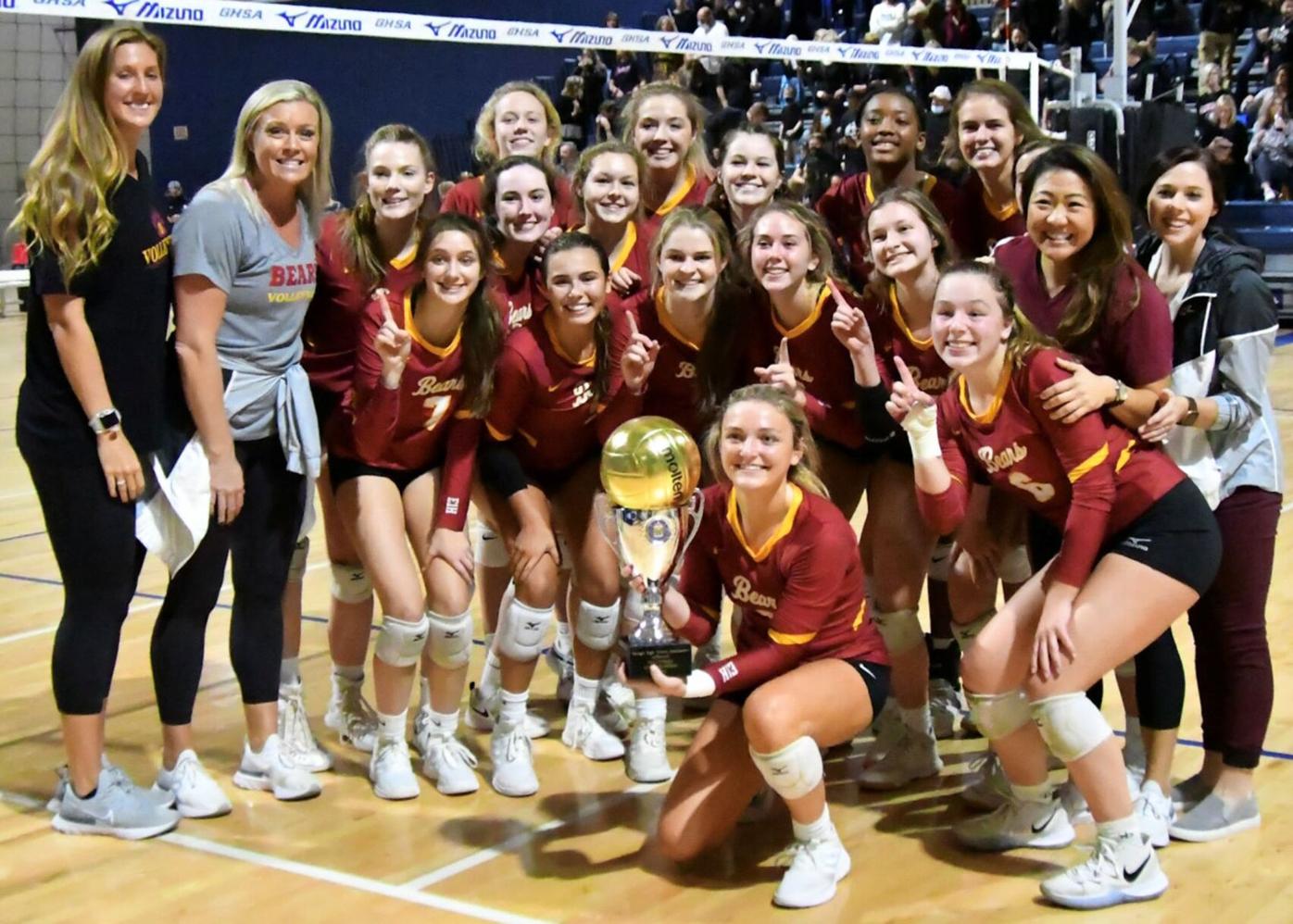 The Holy Innocents’ volleyball team gathers to celebrate winning the 2020 Class A Private state championship at the Lakepoint Sports Complex in Cartersville Nov. 7.

Members of Westminster's volleyball team jump for joy after clinching the 2020 Class AAA state championship at the Lakepoint Sports Complex in Cartersville Nov. 7.

The Holy Innocents’ volleyball team gathers to celebrate winning the 2020 Class A Private state championship at the Lakepoint Sports Complex in Cartersville Nov. 7.

All four of the Northside volleyball teams that advanced to the Georgia High School Association (GHSA) state championships won titles.

Marist, Westminster, Pace and Holy Innocents’ each took home state titles in the finals at the Lakepoint Sports Complex in Cartersville Nov. 7.

“Winning a championship is always an amazing and memorable experience, but this year was especially impactful for us,” Westminster coach Cat Monroe said. “Westminster has a very comprehensive COVID protocol, which we value but it also came with a few tradeoffs for our program. For example, we started the season later than other teams and significantly reduced the amount of matches we played to minimize exposure and remain healthy. We were fortunate in that the matches we did play were with top notch teams, so we felt challenged and prepared heading into playoffs.

“We were one of the few teams that wore masks the entire time, which I believe showed the girls’ resilience through and acceptance of a unique season requiring new guidelines. We were ranked in the top 5 in Georgia (in all classifications) for most of the season and ended up at No. 5. We did not lose a single set in the entire state run, so clinching the state championship with confidence was the ending we had prepared and hoped for.”

“I really didn’t think we would have a season much less find ourselves in November competing for a state championship,” Pace coach Anna Bush said. “I’m thankful on so many levels given all the obstacles in front of us all season long.”

Bush said freshmen Grace Agolli, Ellie Siskin and Dhru Lalaji “did not play like freshmen, and that was huge for us.”

But they were not the team’s only standouts.

“In addition, sophomore, Brooke Brumfield was our fifth set hero in the state championship, serving seven straight to seal the victory,” Bush said. “Finally, our upperclassmen gelled into great leaders, and I felt that had to happen for us to be successful this year. I played more kids than I ever have – and deep into the state playoffs, which paid off in the end.”

In Class A Private, Holy Innocents’ (34-4) handled Hebron Christian 3-1 for its first state title since winning three in a row from 2013 through 2015. “There aren’t words for me to describe how proud I am of this team,” Holy Innocents’ coach Taylor Noland said. “This is my fourth state title at Holy Innocents’ but certainly the hardest earned. We had seven seniors this year and they all contributed. In the finals match, Paige Collins (senior/outside hitter) led the offense with 22 kills and Maddie Whittaker (senior/libero) led the defense with 25 digs.

“For the season Maddie had 490 digs, and Paige had 380 digs and 346 kills. Our senior setter, Ellen Goetz, finished the season with 1,077 assists. Our other seniors – Renee Davis, Caitlyn Surdykowski, Caroline Harper and Mary Anna Wearing – all contributed to our … team.”