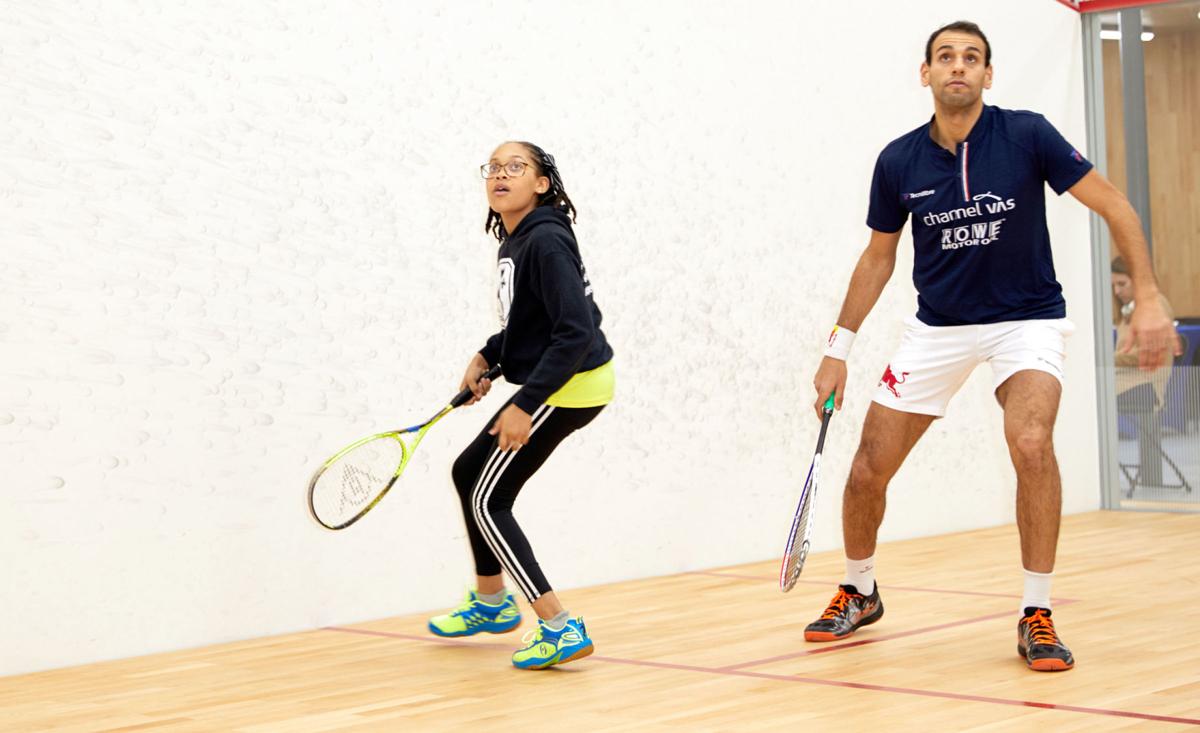 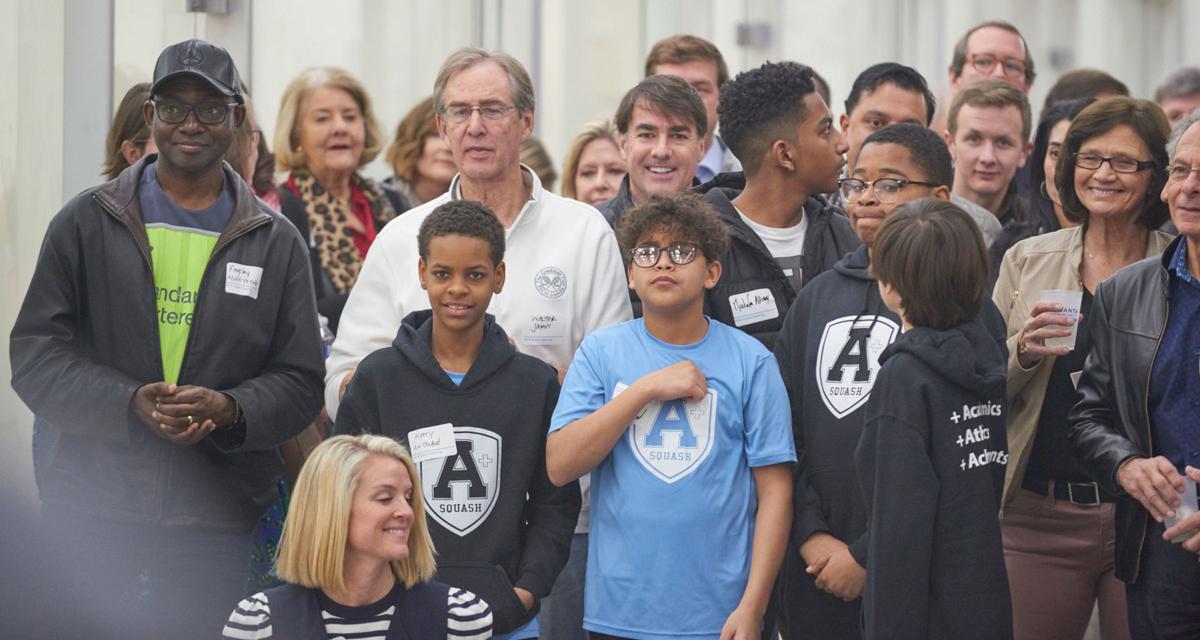 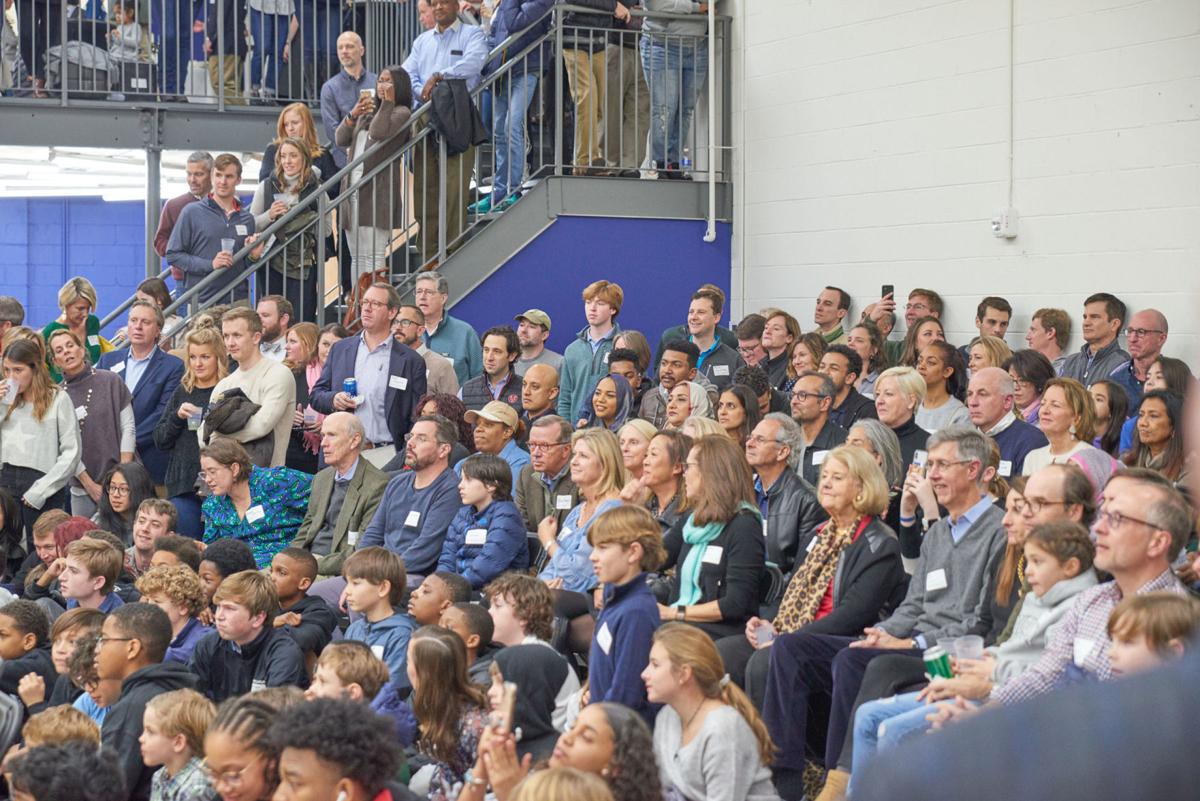 The sport of squash is estimated to be played by more than 20 million individuals in more than 185 countries and is recognized by the International Olympic Committee. A+ Squash has brought the sport to the underprivileged youth of metro Atlanta and combined it with academic training.

The organization started in 2014 as a sports-based youth development program in Atlanta to provide squash instruction on the court as well as academic assistance off the court. The program runs throughout the entire calendar year with after-school activities as well as weekend and summer programs.

Andrew Bailey, who is the co-founder and partner of CourtTech USA, a company that builds squash courts throughout the United States, served on the A+ Squash board of directors for three years before being elected to the executive director position in 2019.

“We offer squash instruction, academic tutoring and education, along with community service and mentoring opportunities to our program participants,” he said. “We make a commitment to each participant beginning from middle school all the way through high school. Our ultimate goal is for each participant to graduate high school and be accepted into an institute of higher learning and have the tools to be a successful adult.”

There are currently more than 30 children in the program.

“We went to open houses at middle schools and spread through word of mouth,” Bailey said. “No one we spoke to knew about squash, and now we have high-performing students in the area. The majority of our kids are from low-opportunity neighborhoods,” Bailey said. “Most come from Centennial Academy Charter School in Atlanta, which is conveniently located close to our facility. They also go to high schools such as Grady, Booker T. Washington and Westminster. In our after-school program, we spend the first half of the time off the court and the other half on the court. We also do community outreach and there are some travel opportunities as well.”

The growth of the youth program as well an increased local interest in the sport among adults led to the building of Atlanta Community Squash (ACS), the city’s newest and only community-based squash facility. The venue, which is located at the previous Atlanta Rocks location in west Buckhead, has five singles courts, one international doubles court and one hardball doubles court.

The grand opening of ACS took place Jan. 25 and was attended by more than 300 residents. The festivities included an exhibition between Egyptian squash professionals Mohamed El Shorbagy, the top-ranked player in the world, and Mostafa Asal, who’s ranked No. 21. The CEO of U.S. Squash, Kevin Klipstein, delivered an address recognizing ACS as the first affiliate of his organization’s Community Affiliate Program.

ACS received a $10,000 donation from U.S. Squash, raised more than $70,000 for the 2020 budget and got five-year commitments for more than $300,000 in total. Other supporters of ACS were Frank Blake, former CEO of The Home Depot; Dallas Clement, current executive vice president and CFO of Cox Enterprises; and Brian Dyson, former CEO of Coca-Cola.

“Prior to our new facility, we moved around to different places such as Westminster, Georgia Tech and (the) Concourse Athletic Club,” Bailey said. “It’s been a game-changer that we’ve built our own facility. We had a U.S. Squash junior bronze event at our opening with 40 kids. We offer memberships to anyone for less than $100 a month, to make it as affordable as possible. We want the greater squash community in Atlanta to enjoy a top-notch facility.”

ACS also provides a home for interscholastic squash competitions such as the one held between the A+ Squash, Westminster and McCallie (Tennessee) high school programs.

“Squash is a unique sport,” Bailey said. “Its an individual sport competing with an opponent in a close proximity. The ball doesn’t bounce high and isn’t lively compared to racquetball. You have to use spacing and play different angles. It’s a methodical game that requires thinking. Being an intelligent player can outweigh athletic ability.”

ACS gives A+ Squash a chance to expand on its initial purpose.

“Its historically been an Ivy-League, country-club sport but that’s changing,” Bailey said. “We’re a part of that with U.S. Squash and Squash and Education Alliance organizations that have programs just like ours around the country that are helping kids with squash and educational assistance. The people you meet in squash and the connections you make with friendships built open doors that are great for our community.”

A+ Squash will host the A+ Cup, a squash tournament open to all ages and skill levels, this May at ACS.

One of Atlanta’s most decorated Olympic athletes has returned home to his alma mater.

The 2020 National Signing Day took place Feb. 5 for local student-athletes to make their commitments to numerous colleges and universities thr…

Racist videos bring attention to US House race in Georgia