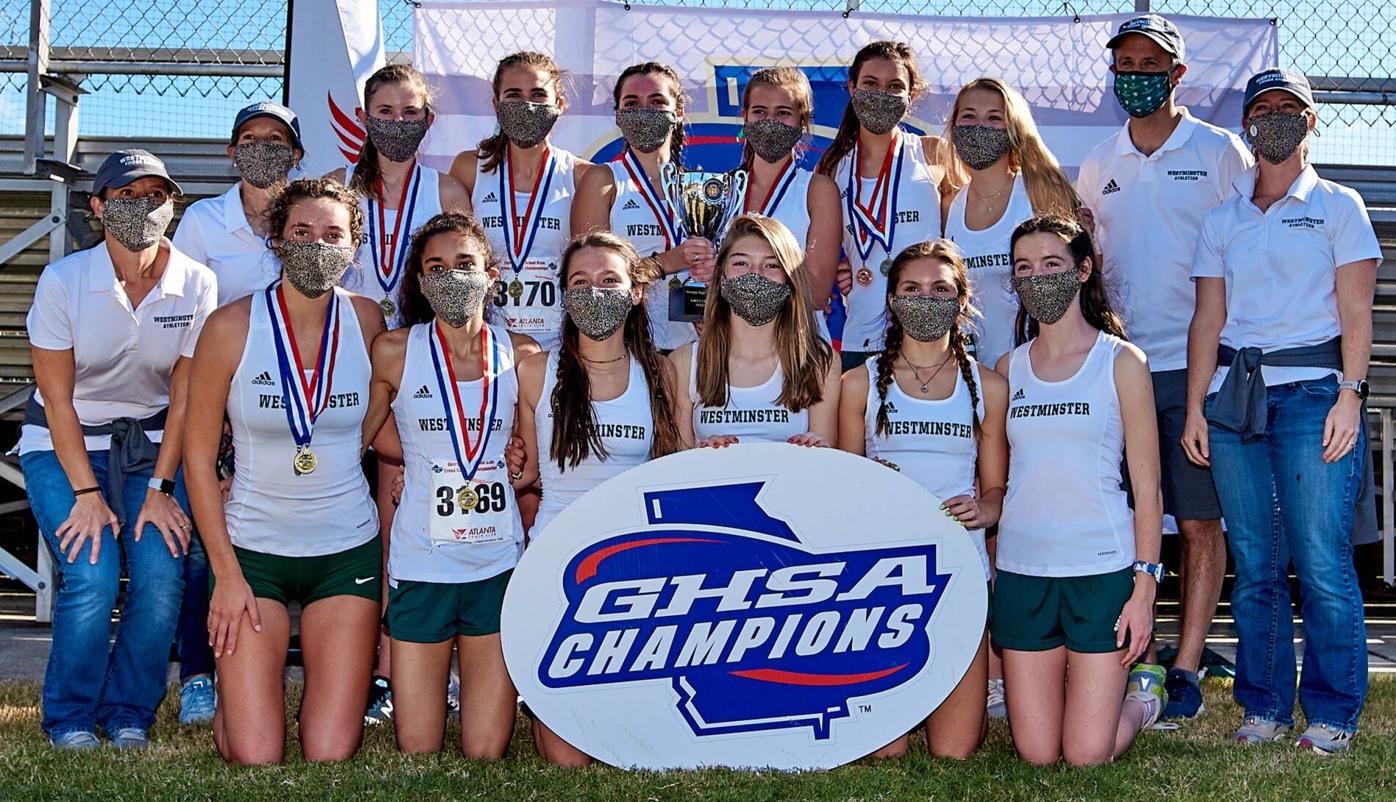 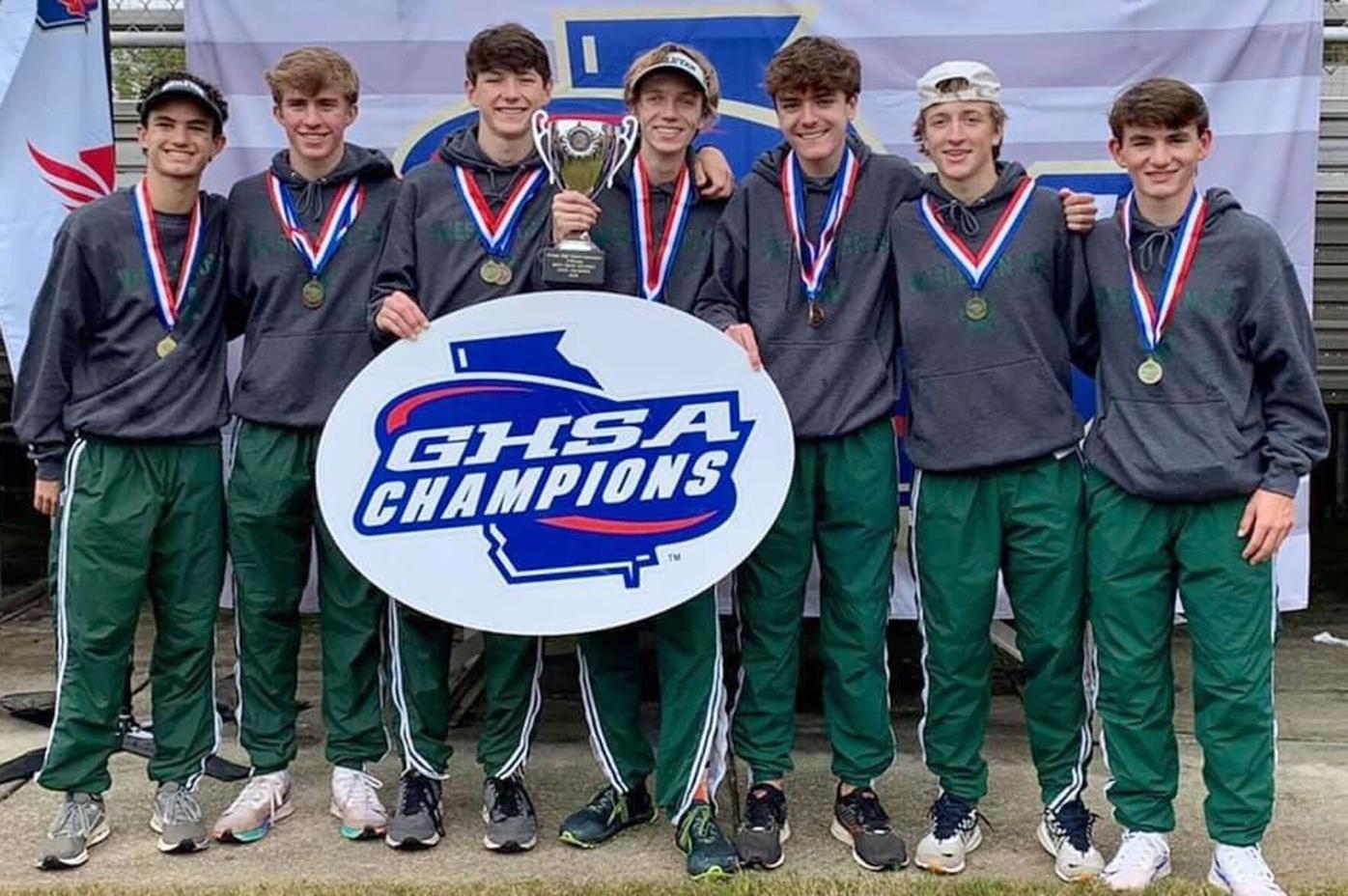 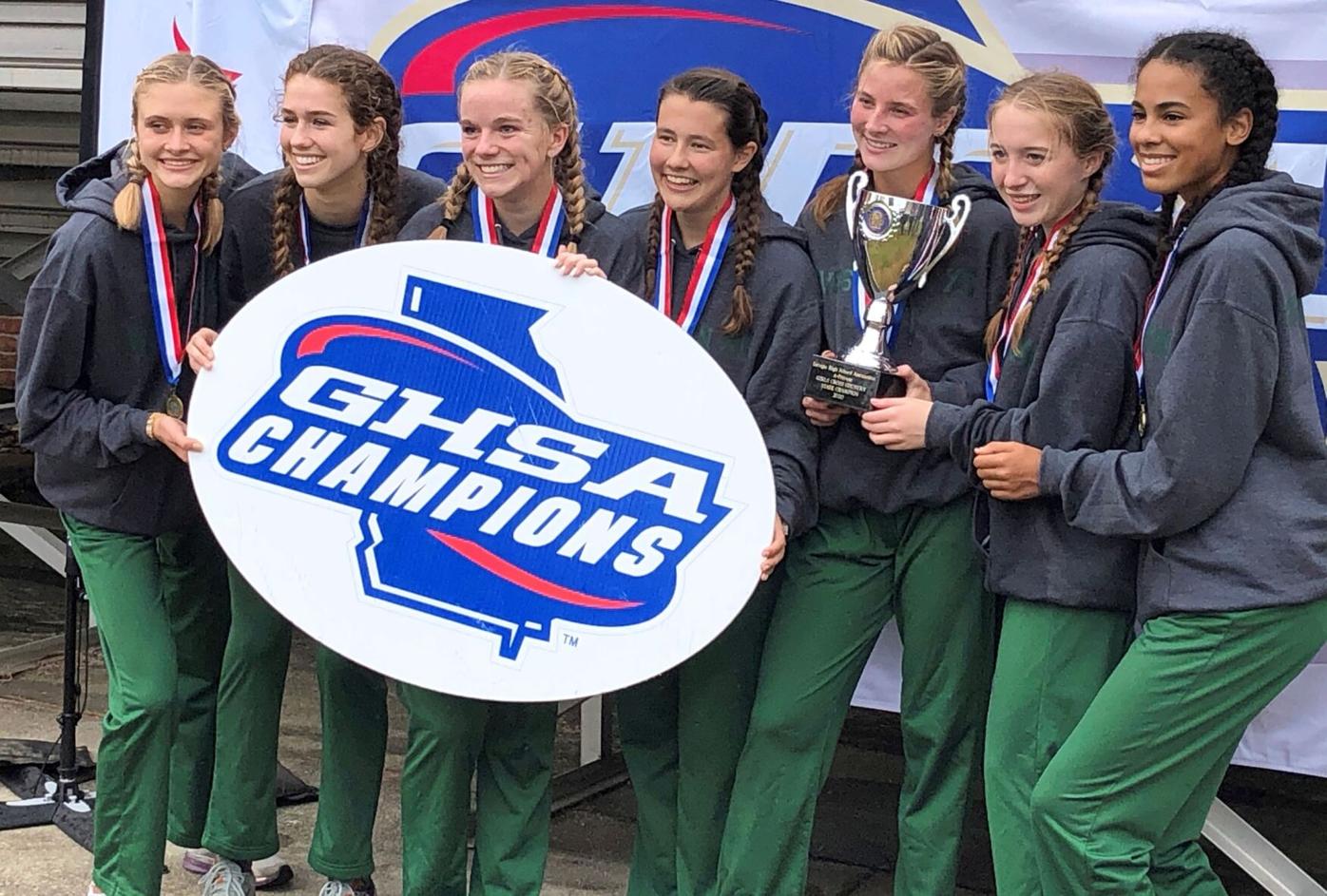 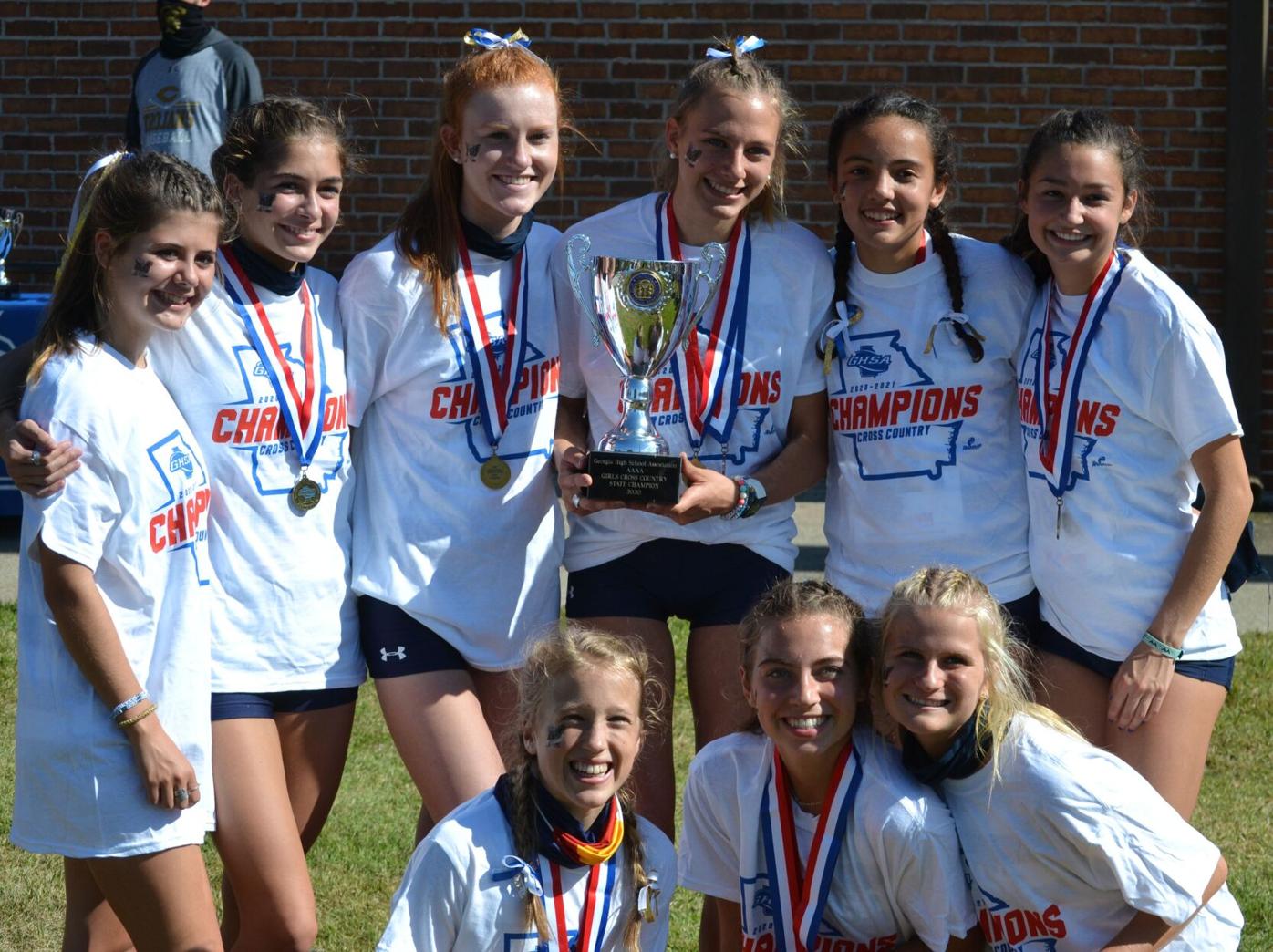 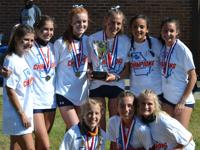 This article was updated Nov. 11 at 6:46 p.m. with quotes and information from Marist coach Matt McMurray.

St. Pius X’s, Westminster’s and Wesleyan’s boys and girls and Marist’s girls, Lovett’s boys and Pace’s girls each won titles at the state meet Nov. 6 and 7 at Carrollton High School in Carrollton.

“It was a pretty fun day, but mostly it was just a relief that the kids got to actually finish the season after not getting to do so (in track) this past spring (because of the outbreak),” said St. Pius boys’ and girls’ cross country coach Ryan McClay, who also coaches the Golden Lions’ boys’ and girls’ track teams.

St. Pius’ boys have won 12 state titles, including nine in the past 11 years, and its girls have won five total, including two in a row.

In Class 4A girls, Marist won the title with 30 points, and its top finisher was Ruby Little (second, 19:37.43). Its top three runners placed in the top four overall. Jefferson’s Katherine Law was the individual winner (19:24.08).

“I’m honored to have tackled this season alongside these ladies,” Marist coach Matt McMurray said. “Their resilience in the face of adversity speaks volumes about their drive and collective vision. I’m also incredibly grateful for our girls’ adaptability this fall. No matter the obstacle, their approach was always one of excitement and appreciation for the opportunity to train and compete together.

“Though success at Carrollton has certainly been at the forefront of our thoughts since the spring when track was cancelled, the real joy of coaching this group of ladies has been watching them embrace the moments they had together, truly prioritizing being present in those moments, and learning to draw upon one another as a source of strength when running inevitably got tough. This group of girls’ ability to push harder for one another, and genuinely do so, is what I will always remember about this team.”

In Class 3A boys, Westminster won the crown with 54 points, and its top runner was Matthew Fernando (fourth, 16:27.68). The Wildcats’ top five runners each finished in the top 18 overall. Mary Persons’ Justin Wachtel (15:51.53) was the individual winner.

“The state victory was especially satisfying given the challenges this season,” Westminster boys’ coach Joe Tribble said, referring to the COVID-19 pandemic. “I am very proud of all the runners on our team who overcame so much and especially the top seven who actually ran and won the AAA championship.”

It was the Wildcats’ fourth straight state title and 29th overall.

In Class 3A girls, Westminster took the title with 50 points, despite losing No. 1 and 3 runners, Mira Srinivasa and Cate Stevens, to injuries during the meet. Led by Janie Cooper (second, 20:33.23), the Wildcats’ remaining five runners each placed in the top 19 overall. It was the program’s 33rd state title overall. North Hall’s Caylee Wagner won the individual crown (19:08.60).

“At the beginning of the season,” Westminster girls’ coach Amy Eubanks said, “the girls were concerned about how the (COVID-19) protocols and restrictions might impact our season, and they often wondered if the state meet would occur.

“However, despite the circumstances, our team quickly adapted to the school’s COVID policies and guidelines, wearing masks while running and even to the start line at meets. I will always remember this team with admiration and for how they overcame the challenges of this unique season.”

“I can say that we are all very grateful to get to have a season during all of this,” Lovett boys’ coach Chris Mayer said, referring to the pandemic. “It has presented extra challenges and stresses, but getting to have practice was always the best part of my day as it was for my athletes. Meet directors did an overall phenomenal job with navigating this season without truly knowing what the best models were. Everyone made efforts with the kids in mind – this was THEIR season, after all.

“Beyond COVID stuff, winning a title is always the pinnacle of a season and it made me so happy to celebrate with my team – we made it and we executed on the day that mattered. But, the journey of this season is the real story. What happened on the boys’ team this fall was something special and I’m thrilled that it culminated in a state championship.”

“It feels incredible to win both the boys’ and the girls’ state championships this year” said Wesleyan boys’ and girls’ coach Chad McDaniel. “It has been really difficult this season with COVID, but I am so proud of our kids, parents and coaches for being flexible.

“Both teams followed the exact strategies our coaches planned out and they executed to perfection. I am just so thankful that we were able to make it all the way to the end of the season and actually get to run the state meet. Back in July, that seemed like an impossibility.”

The Wolves’ boys won their 12th state championship and third in a row and the girls took home their sixth overall and first since 2013.

Several other teams placed at the state meet.

All four of the Northside volleyball teams that advanced to the Georgia High School Association (GHSA) state championships won titles.

Several runners from schools in DeKalb and Fulton counties were named to the 2020 Powerade All-Metro High School Cross Country Teams, which fe…

Grand Jury indictments from the Wednesday, Dec. 2, issue of the Calhoun Times