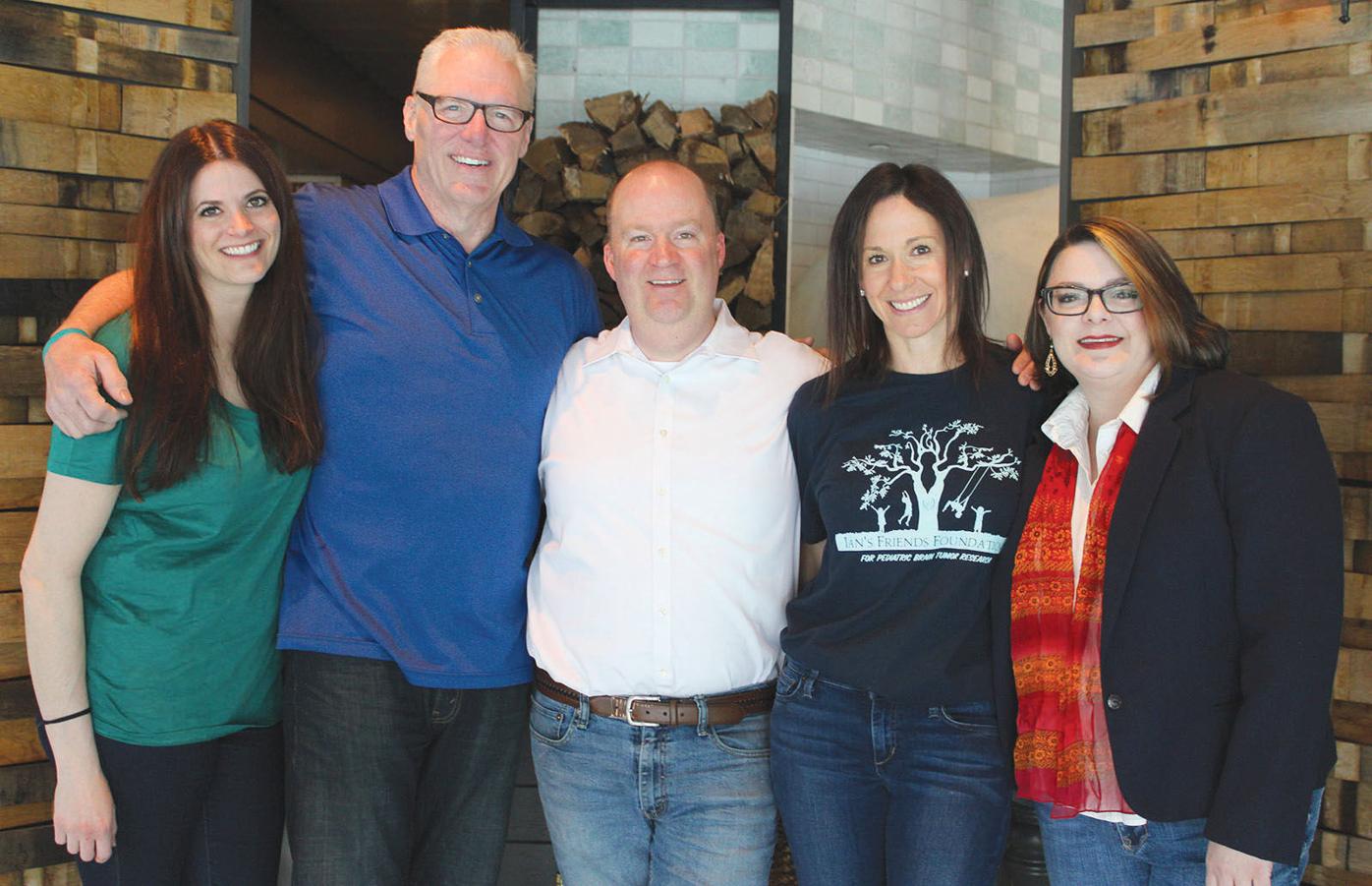 From left, Caryn Kroll and Doug Barron of the Georgia Ovarian Cancer Alliance, Jason Sheetz of Under the Cork Tree, Cheryl Yagoda of Ian's Friends Foundation and Diane Curtis of Second Helpings Atlanta are getting ready for the second Food That Rocks - A Celebration of Sandy Springs. 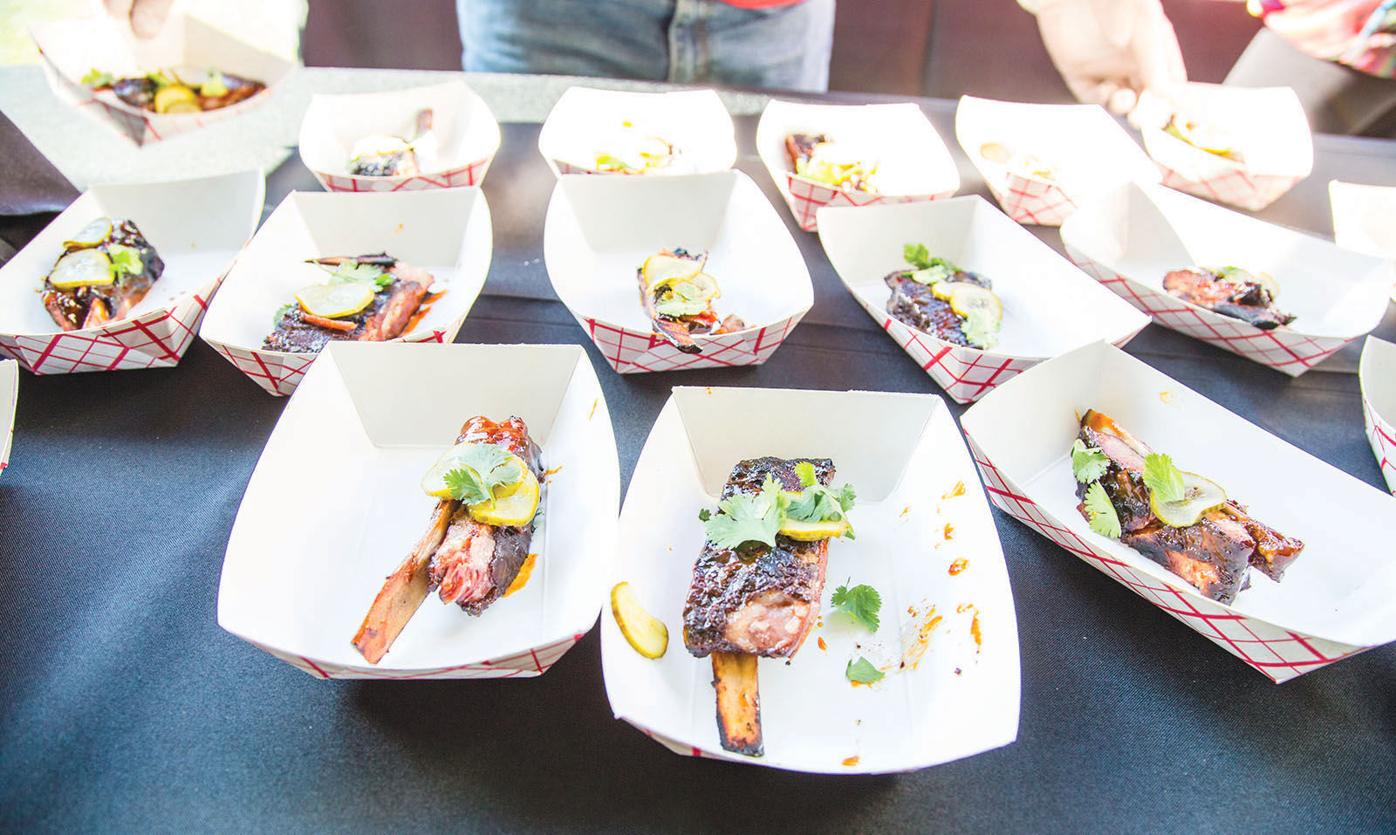 Barbecue ribs are served at the 2016 Food That Rocks.

From left, Caryn Kroll and Doug Barron of the Georgia Ovarian Cancer Alliance, Jason Sheetz of Under the Cork Tree, Cheryl Yagoda of Ian's Friends Foundation and Diane Curtis of Second Helpings Atlanta are getting ready for the second Food That Rocks - A Celebration of Sandy Springs.

Barbecue ribs are served at the 2016 Food That Rocks.

Food That Rocks - A Celebration of Sandy Springs is back for its second year and has already proven how strong the city’s restaurant scene is.

“It was a great response by the community (in 2016),” said Skye Estroff, marketing and media manager for Taste of Atlanta, Food That Rocks’ parent organization. “We did sell out (the event). We had over 1,000 attendees and we’re hoping for the same number or a little bit more. Everyone was proud to see the booming dining scene in Sandy Springs and how Sandy Springs has become a dining destination in Atlanta. Also, to see the community give back to our three charity partners … was really a remarkable thing.”

This year’s event is set for May 6 from 6:30 to 11 p.m. at Hammond Park and is for adults 21 and older. A portion of the proceeds will benefit three Sandy Springs-based nonprofits: the Georgia Ovarian Cancer Alliance, Ian’s Friends Foundation and Second Helpings Atlanta.

The alliance promotes awareness and action for ovarian cancer by helping those battling the disease and educating other women on the signs and symptoms of the disease, Ian’s Friends raises funds to research alternative therapies and to increase awareness of the severity of pediatric brain tumors and Second Helpings strives to eliminate hunger in metro Atlanta by rescuing surplus food and delivering it to those in need.

Food That Rocks will include bites from 25 of the city’s top restaurants, drinks and music provided by The Biffs, an ’80s tribute band, and DJ Brettski. In addition to the musical acts, some of the restaurants are also new this year, including Kaiser’s Chophouse, Rize Artisan Pizzeria, Savor Bar & Kitchen and Gus’s World Famous Fried Chicken, Estroff said.

“It differs from any other food festival or event because it’s community based,” Estroff said, adding Food That Rocks shows how the attendees, restaurants, Sandy Springs Hospitality and Tourism, the Sandy Springs Perimeter Chamber and its Sandy Springs Restaurant Council can unite for a good cause.

“It allows us to get into the community we normally wouldn’t have access to,” he said. “We’re really good at preaching to the choir, women who have been diagnosed, things like that. But we want to get out to the general population and to the general public. Then people can ask questions about the disease that’s not very prevalent. With an event like that it’s a more relaxed atmosphere and not something like a health fair.”

While awareness and education are the alliance’s main goals with Food That Rocks, Barron said the nonprofit has, through the event, already forged partnerships with other businesses that are helping it.

“We met someone from Dantanna’s (restaurant) there last year and they (in September) did a benefit dinner for us,” he said.

Jim Graddy, who co-owns Pig-N-Chik BBQ restaurant with Bill Marrack, said it is participating in Food That Rocks for the first time.

“We were been meaning to do it last year,” said Graddy, whose eatery participates in five or six of these types of events annually. “We like to be engaged in the community and share our products with the community. Even though we’ve been around for 15 years, there are still some people who have not experienced Pig-N-Chick. It’s a good outlet for that.”

Doggies on the Catwalk to aid Canine Assistants

Doggies on the Catwalk returns this year for its biggest show to date, with a crowd-pleasing runway lineup that will include Atlanta’s most ad…

Every Woman Works Inc., a Sandy Springs-based nonprofit, will host its annual spring charity luncheon April 28 from 11 a.m. to 2 p.m. at the C…

The Atlanta Decorative Arts Center (ADAC) will host its 34th annual Sample Sale May 5 through 7 from 9 a.m. to 5 p.m. at the lower-level parki…

Zoo Atlanta will host its annual gala, The Beastly Feast, May 6 at 6:30 p.m. Themed “Moon Over Kilimanjaro,” this year’s event celebrates Afri…