An artist’s rendering of Atlanta Memorial Park playground, minus the PlayWeb that will also be installed. 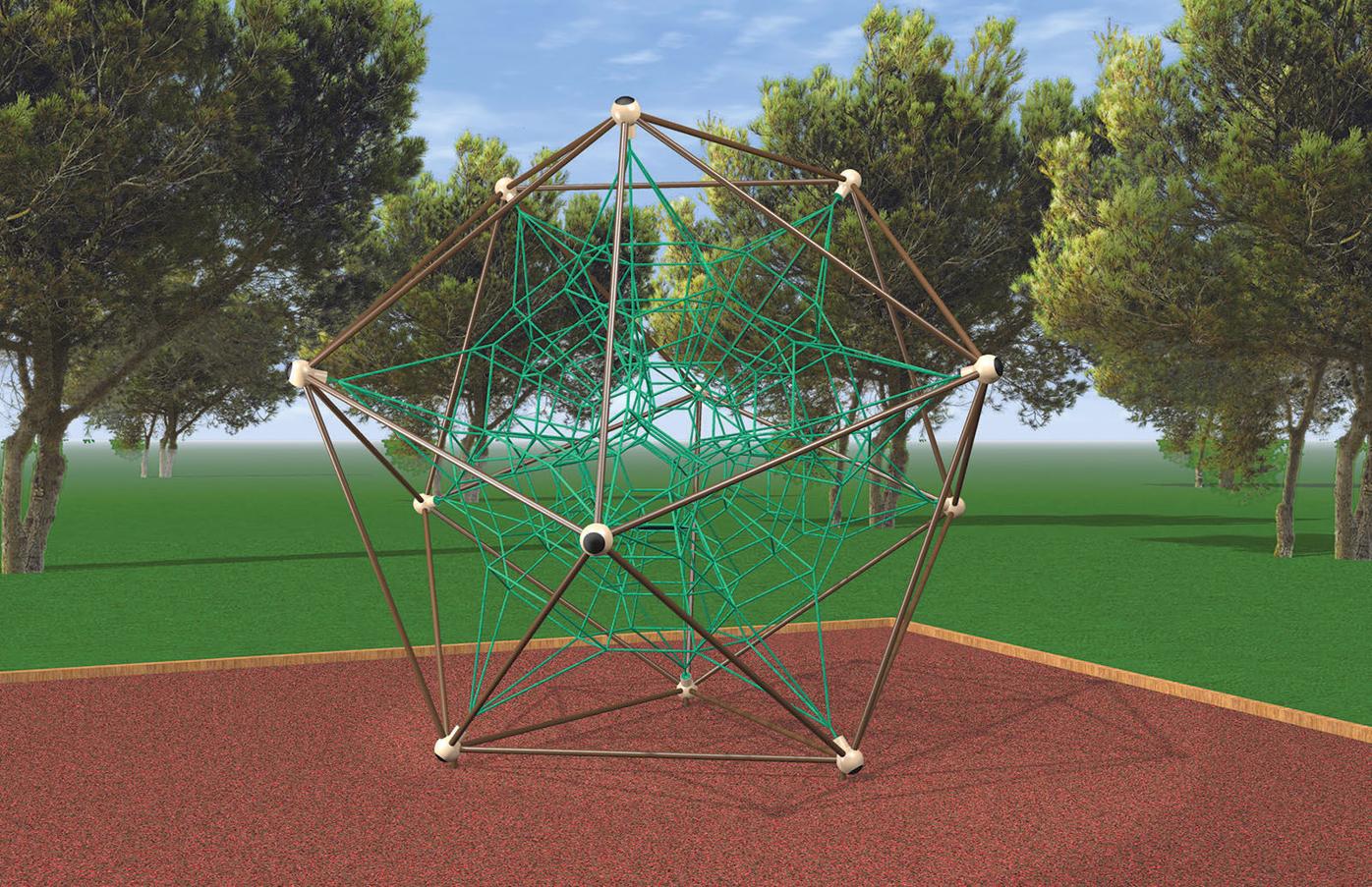 An artist’s rendering of the PlayWeb that will be part of Atlanta Memorial Park’s new playground.

An artist’s rendering of Atlanta Memorial Park’s planned playground’s structure for 2- to 5-year-olds.

An artist’s rendering of Atlanta Memorial Park playground, minus the PlayWeb that will also be installed.

An artist’s rendering of the PlayWeb that will be part of Atlanta Memorial Park’s new playground.

An artist’s rendering of Atlanta Memorial Park’s planned playground’s structure for 2- to 5-year-olds.

As soon as early October, the city of Atlanta will break ground on building a new playground at Atlanta Memorial Park in Buckhead, and it could be complete as early as November.

It may only be a playground, but the project serves as a symbol of the 199-acre park’s overall redevelopment and kicks off that metamorphosis.

“So when the mayor [Kasim Reed] came here back in [March] and saw the area, he said, ‘Without question we’re going to make this investment,’” said Amy Phuong, commissioner of the Atlanta Parks and Recreation Department. “It’s the start of many investments to address the park and the flooding issues. It’s kind of an exciting symbol of his word and commitment and vision. It helps to actually modernize a lot of the equipment that was already here and modernizes what we do across the city as well.”

Phuong is one of four city officials and representatives of the Atlanta Memorial Park Conservancy interviewed by the Neighbor earlier this month about the park’s overhaul. The move comes at least two years after the conservancy filed its master plan for the park’s redevelopment with the city’s parks and recreation department, which postponed action on the plan because of a change in leadership after Commissioner George Dusenbury resigned in May 2014.

The delay prompted one or more unknown persons presumably favoring the master plan, which includes converting the park’s 18-hole Bobby Jones Golf Course to a nine-hole one with a driving range, to push the state to purchase the course so that goal would be met. The state is currently in negotiations with the city over the sale of the course, and plans to spend $25 million to refurbish it. The Friends Bobby Jones Golf Course, a group that maintains and protects the links, wants to spend $1.5 million to $3 million of its own funds to improve the course but keep it at 18 holes.

Though the master plan no longer includes the golf course since it eventually will be owned by the state, the conservancy is expected to spend at least $3 million on other park improvements. It still is in the process of calculating its capital campaign fundraising needs, Executive Director Catherine Spillman said.

The playground, which will replace one that is about 12 years old, will be moved about 100 yards to higher ground and closer to Wesley Drive, said Phuong and John Adams, a member of the conservancy’s playground steering committee. For decades the park has been plagued by combined sewer overflows during heavy rains flooding the park, including the playground area, even causing one child to be hospitalized for an infection caused by the toxic sewage waste.

City and conservancy leaders said they expect the new playground location to experience less sewage issues, and the city plans to spend $32 million to address the overflows and other sewer-related issues in the park. In February Reed directed the city’s department of watershed management to accelerate the Peachtree trunk stabilization capital improvement project that was already in the procurement pipeline. However, the problem won’t be solved right away. The department will host an open house Oct. 12 (time and location to be announced), to inform residents on its plans to address the sewer issues.

The new playground will cost about $307,000 for the first phase, with $200,000 coming from the city and the rest from private donations and the conservancy, including $100,000 from an anonymous donor. At 5,000 square feet, it will be about 500 square feet more than the existing one. Spillman said she is excited the organization was able to combine the installation of two playground phases – a structure for 2- to 5-year-olds and another for  5- to 12-year-olds – into one phase. The first phase will also include a $25,000 PlayWeb, a two-story-tall cable structure children will climb on, paid for by anonymous donor. The second phase, whose price is not yet determined, will include accessories such as bike racks and picnic tables and benches.

District 8 Atlanta City Councilwoman Yolanda Adrean, who represents part of Buckhead including the park, said the project was also fast-tracked after residents of the neighborhoods surrounding the park attended a council meeting in February and complained about the chronic overflow issue.

All four people interviewed said the collaboration between the city, the conservancy and the community was one key to getting the playground project fast-tracked. In May, just a month after the playground steering committee hosted its first meeting, the city’s parks and recreation department hosted an open house in which both children and adults gave input on what the playground should look like. Phuong said the new playground will be more compliant with the Americans with Disabilities Act than the old one.

Spillman said the other work on the park overhaul will include implementing a feasibility study funded by a $50,000 matching grant from Park Pride to install 5-foot sidewalks, improve the nature trail, address drainage issues along the trail system, remove invasive species and restore the tree canopy on the park’s passive side, west of Northside Drive. The conservancy raised $57,000 to more than match the Park Pride funds to help pay for the study.

As for the rest of the park’s overhaul, she said, “We have completed the construction documents and are beginning the permitting process for the sidewalks and nature trails but still have fundraising to do to implement the project.”

On the park’s active side, other planned improvements include completing the multi-use path around the golf course with the state potentially relocating the tennis hard courts out of the floodplain and adding a parking deck among other improvements.

This article was updated Thursday at 1:35 p.m. with corrected information on the Atlanta Memorial Park Conservancy's plans for the park overhaul.

Park Pride Jan. 24 announced $820,000 has been granted to 17 community groups in Atlanta and DeKalb County to fund capital park improvements. …