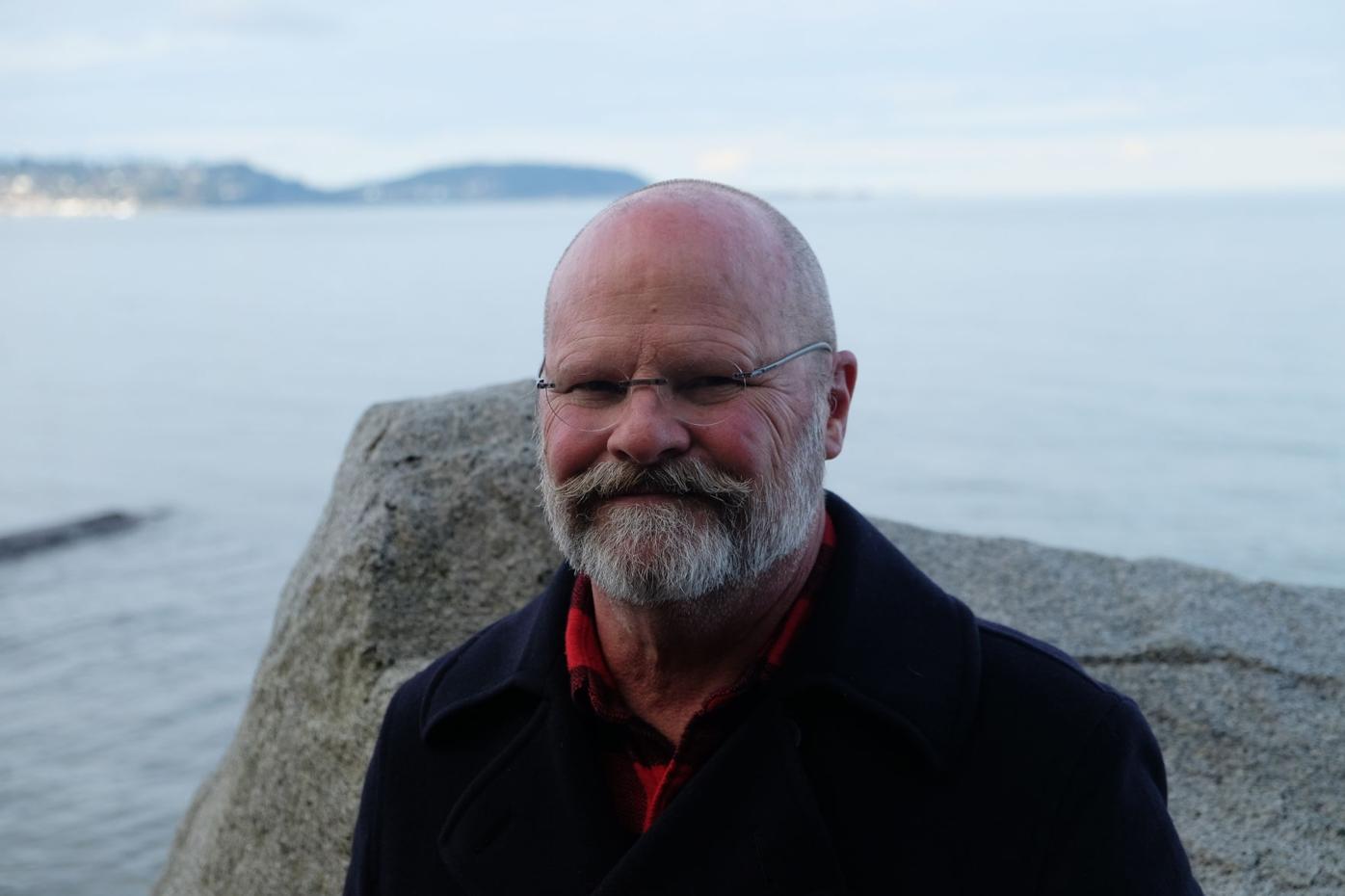 If you were to Google “anthropological archeologist,” you’d find a picture of David Crass, Ph.D.

A mix between the athletic, earnest Teddy Roosevelt and the adventurous, playful Indiana Jones, he is an archaeologist, an anthropologist, the division director of the Georgia Department of Natural Resources and deputy state historic preservation officer. He gave a lecture on Native American history for the Buckhead Heritage Society at The Lovett School in Buckhead March 22.

Buckhead, and in particular Lovett, sat on the edge of two nations, which was the topic of his talk. To the north were the Cherokee, and to the south, in what today is Buckhead, were the Muscogee, or Creek.

The Chattahoochee River served as the boundary, but not a nation-state boundary like we think of today. Quite the opposite, he said, it was a permeable border, with both groups passing back and forth with some frequency.

The Cherokee were mostly in the Appalachian mountains of north Georgia, and the Creek, actually several Native America tribes that banded together in the interest of self-preservation, were largely in south Georgia, northern Florida and Alabama pre-Revolutionary War. Some of the tribes that made up the Creek included Hitchiti and Oconee, as well as some Seminoles.

I have read — and have written several times — the Creeks got their name from their propensity to live and travel along water ways, but the name actually came from Ocmulgee Creek in central Georgia, where British settlers first encountered the Muscogee.

One focus of Crass’ lecture was Standing Peachtree, the Creek village and trading post at the confluence of the Chattahoochee and Peachtree Creek. He said researchers are not quite certain where the village was, or whether it was on the north or the south side of Peachtree Creek. Crass said he believes it was both, as the village would have been spread out.

He walked the audience through the Red Stick War, the conflict between the United States and the Creek that lasted from 1813 to 1814. Also known as the Creek War, it took place largely in Alabama and is considered part of the War of 1812, but it was a separate conflict. Again, correcting the record — amazing how much of Buckhead’s written history is misleading — the state of Georgia constructed Fort Peachtree on account of the Red Stick War, not necessarily the War of 1812, with which it is most often affiliated.

He discussed the treaties ceding the Creek lands to the federal government, clearing the way for Atlanta and Buckhead, including the controversial Treaty of Indian Springs (also known as the Treaty of Fort Jackson) Feb. 25, 1825. This agreement was signed by a small faction of Creeks, and gave 22 million acres of Creek land in Georgia and Alabama to the United States government for $400,000.

The most fascinating discovery in my opinion came in the question-and-answer period following the lecture, when Crass acknowledged Standing Peachtree, that original Creek village in what is now Buckhead, has never been excavated or properly studied. It is likely in the backyards of residents, and scattered along the Atlanta Department of Watershed Management intake facility on Ridgewood Road.

Even though we are nearly 200 years removed from the village’s existence, there is likely a treasure trove of Native American artifacts buried below the surface there, waiting to be discovered and preserved.

Buckhead resident Thornton Kennedy is a former news editor of this paper. He can be reached at thorntonkennedy@me.com.

When Maj. James McConnell Montgomery came a second time to Buckhead, around 1820, he brought with him an entourage.

A simple act of kindness led to what is believed to have been the first executive kidnapping in the country, and it happened in Buckhead.

Charles Lindbergh flew his iconic plane, the Spirit of St. Louis, to 48 states after his historic 33-and-a-half hour voyage over the Atlantic Ocean.

Brush up on your Buckhead trivia in preparation for the third annual Buckhead’s Hidden Secrets: A History Scavenger Hunt, May 6 from 4 to 7:30…

Debate over Fulton settled as far as I am concerned

The mystery behind naming of our county is a tale of two Fultons.

If David Kaufman had his dithers, Nancy Creek might be called something else.

The Buckhead Heritage Society will host co-author Erica Danylchak to discuss and sign her new book, “Grave Landscapes: The Nineteenth-Century …