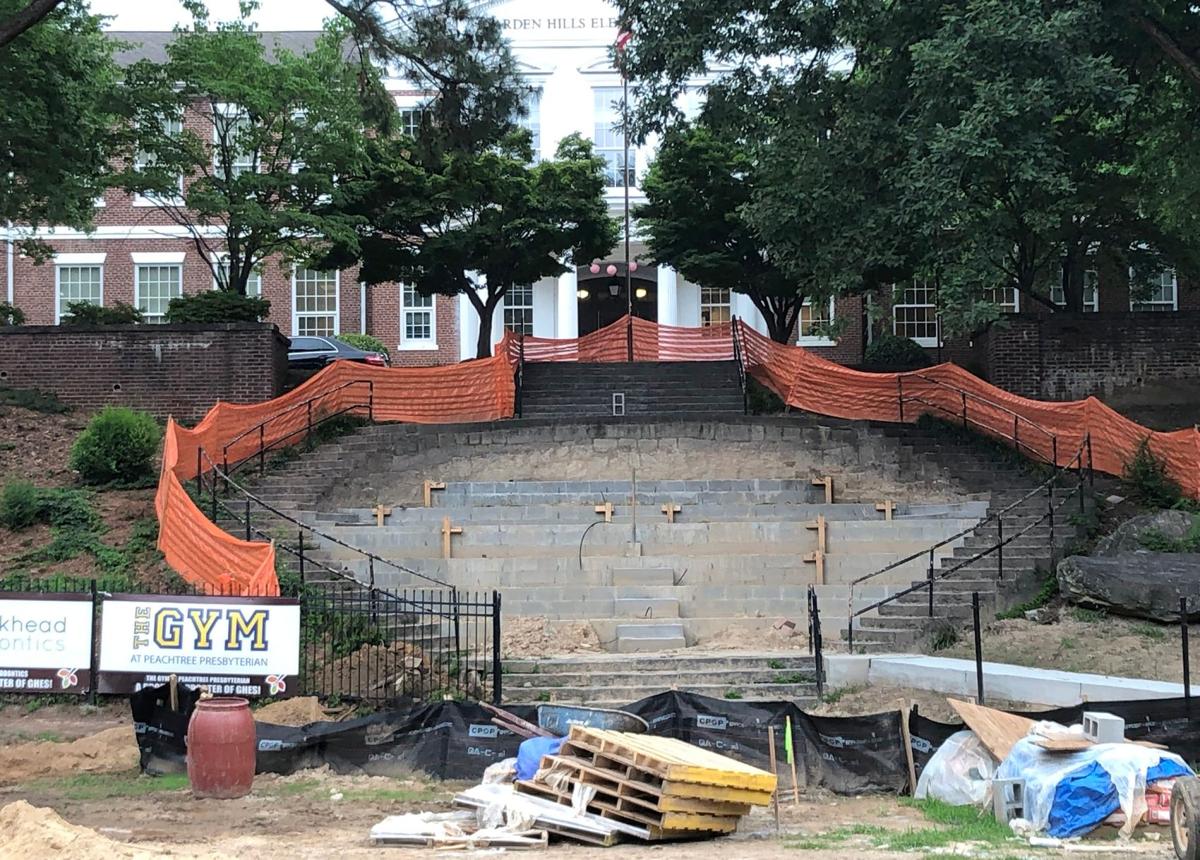 An amphitheater is one of the facilities being built as part of the project to upgrade Garden Hills Elementary School’s outdoor spaces. 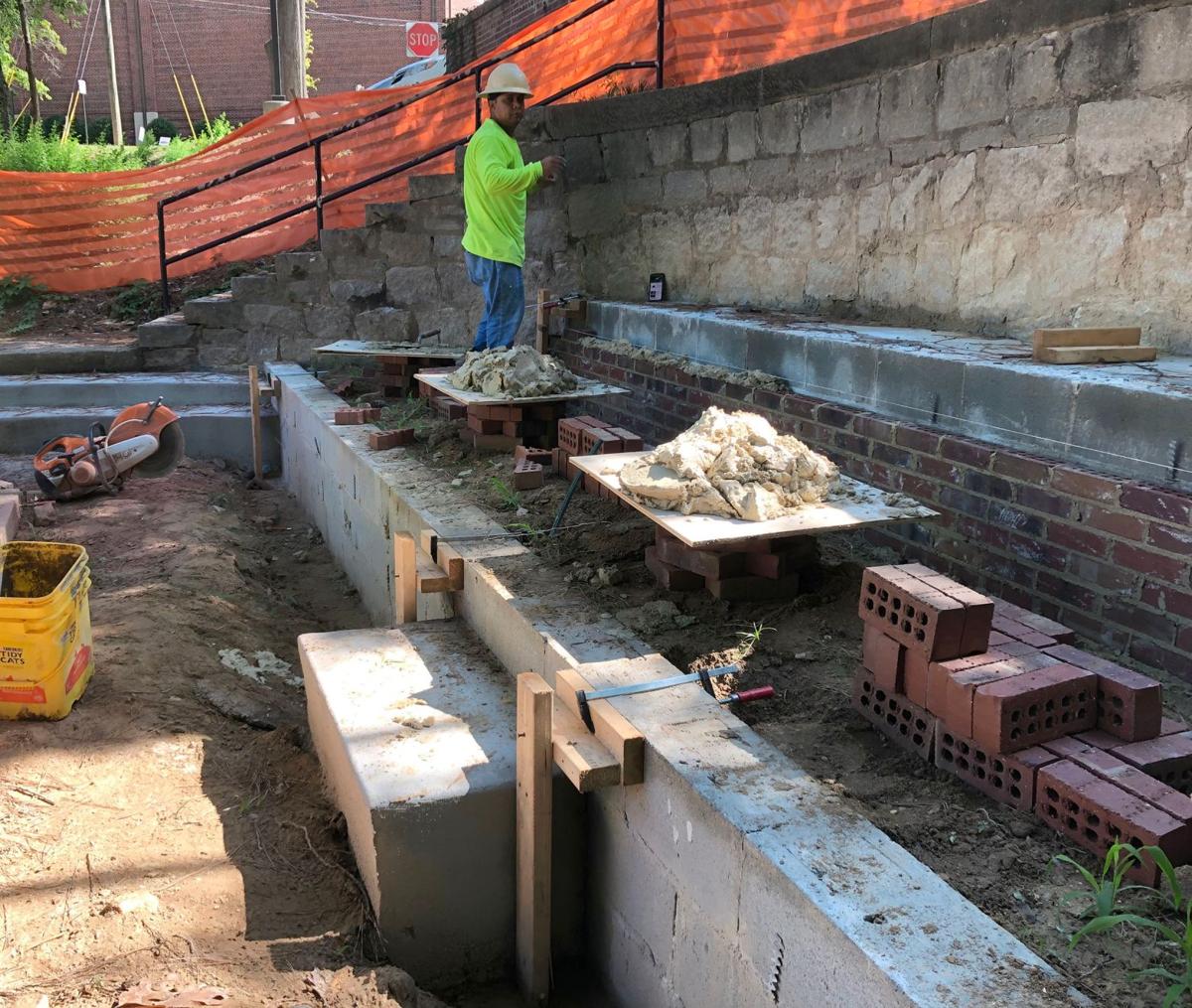 Jose Resendiz of Triple A Landscaping works on one of the facilities being built as part of the project to upgrade Garden Hills Elementary School’s outdoor spaces. 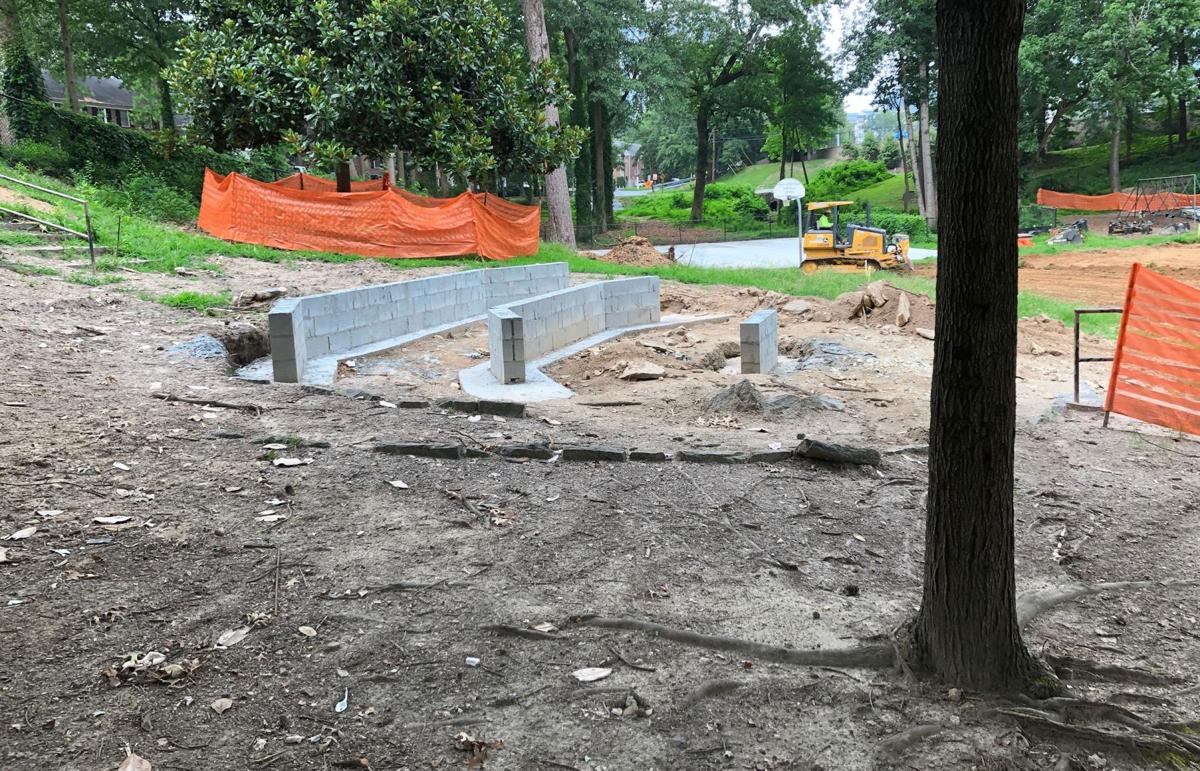 Pictured is the outdoor classroom under construction as part of the project to upgrade Garden Hills Elementary School’s outdoor spaces.

An amphitheater is one of the facilities being built as part of the project to upgrade Garden Hills Elementary School’s outdoor spaces.

Jose Resendiz of Triple A Landscaping works on one of the facilities being built as part of the project to upgrade Garden Hills Elementary School’s outdoor spaces.

Pictured is the outdoor classroom under construction as part of the project to upgrade Garden Hills Elementary School’s outdoor spaces.

For more than a decade, the condition of the playing field in front of Garden Hills Elementary School in Buckhead was disgraceful.

It was disgraceful because the school itself is in one of the wealthiest ZIP codes in the Southeastern United States, if not the country.

It was disgraceful because Garden Hills Elementary School is a Title I school, which means a majority of the students live at or below the poverty line.

In a community where so much has been earned and given, we seemingly turned our collective backs on one of our local elementary schools, which needs more than others.

As of last week, that field is a construction site. Five years ago, a group of parents and neighbors organized to fix it. This fall, the first phase will be complete. Plans call for creating an outdoor amphitheater in the center of the curved stairs leading the school building, a track and regrading and resodding the field.

It has taken half a decade to get to this point, and it may be another two years before the second phase is complete, which includes an outdoor restroom. Teachers currently have to walk students back to the school building across the driveway if they need to use the facilities. Of the 24 classrooms, just six have assistants that can help with escorting students. You can do the math.

I know the field well. Buckhead Baseball used it for practice. It was mostly dirt, but it had a backstop. A well-hit ball ended up in the parking lot.

Our son played flag football and our daughter played soccer at Garden Hills. There was a bit more grass than I remembered, but there were still a lot of bare patches of dirt. Weeds and privet covered the hillsides. There were many places to hide in the unkept underbrush.

The school opened in 1938 to serve the growing Buckhead community. Philip T. Shutze is occasionally identified as the architect of the red brick Neo-classical building, but that is wrong. The firm Tucker and Howell designed it, but it was clearly influenced by North Fulton High School, which is next door and was designed by Shutze.

Tucker and Howell — the Howell was Albert Howell, son the great newspaper editor Clark Howell — are best known for their modern designs, including Morris Brandon Elementary School in Buckhead.

Through it once ran a creek, some of which is still visible. Below the field, pipes carry the rest of it. Some adults remember climbing through those pipes when they were children. Drainage issues remain.

Acorns to Oaks, the Garden Hills Elementary Foundation, is leading the effort to fix the field. They have raised more than $600,000 from parents, alumni and neighbors. Construction started in the spring. They are also installing a sprinkler system for the grass and fixing the drainage issues.

They have a ways to go, including raising the funds for the critical outdoor bathroom, which was requested by the teachers. That will require an additional $180,000, which will also be used to fund the installation of a learning garden and a nature trail.

Even though our kids didn’t attend Garden Hills, we have benefited from that field over the years. I have to assume many Buckhead residents are similarly indebted.

If we can get behind this initiative, we will correct an oversight that has marked our community for far too long, and help give the students an appropriate place to play and learn.

Important dates reverberate through Buckhead to this day

At a youthful 180, Buckhead has more than a few significant dates to its name.

Amusement parks are not for everyone

I went to Six Flags Over Georgia just one time and was so traumatized by the experience I never went back.{span class=”print trim”}

An early Atlanta cab company disappears without a trace

A flat tire awaited our family after a Sunday lunch at The Varsity on North Avenue in Midtown. This was about three, maybe four years ago.

Just up the hill from the platform courts at Bitsy Grant Tennis Center in Buckhead, a small sign on the edge of ivy-covered woods reads “Tulip…

Want a fun, stylish way to give back? Come to Jeffrey Fashion Cares

As the new co-chair for Jeffrey Fashion Cares, the 27th annual fundraiser that combines style and philanthropy, Marsha Archer said she is thri…