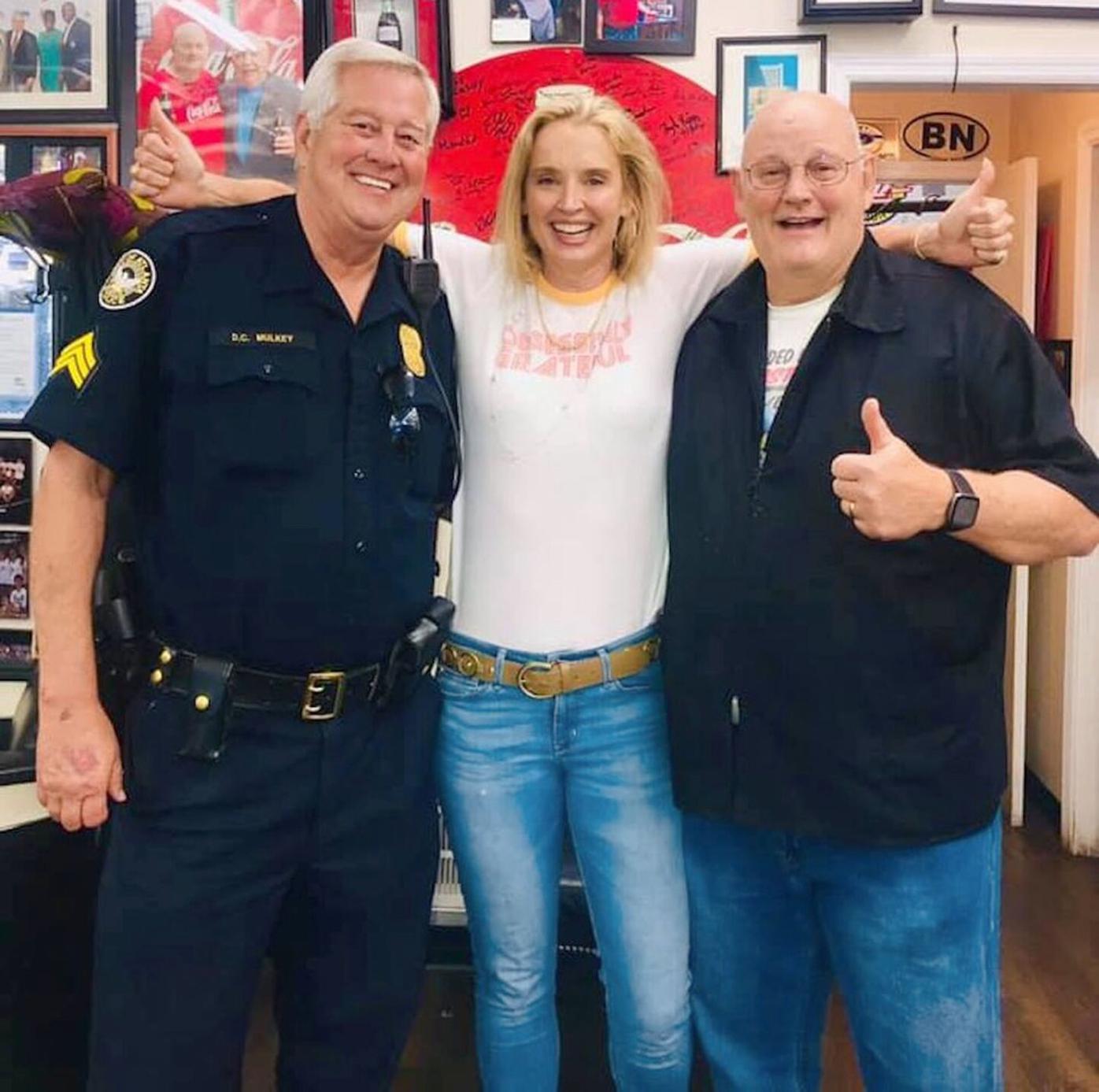 When David Mulkey joined the Atlanta Police Department, officers often parked their cruisers and walked the block, talking to neighbors and business owners to develop a better relationship with the community they served.

He was just 20 years old. The city assigned him to Zone 2, which included Perry Homes – one of the earliest public housing sites in the country – and the Governor’s Mansion.

The West Paces Ferry shopping center on the corner of West Paces Ferry Road and Northside Parkway in Buckhead was on his beat. A Texaco gas station occupied the corner now held by the OK Cafe. The Publix was an A&P. Many Buckhead residents still call the grocery store by its former name.

Next to the A&P was the Ace Hardware Store owned by Bob Nemo. He was among the tenants the young officer met as he made his rounds. The two formed a bond. Nemo, representing several other owners in the center, recruited Mulkey to take a second job while still wearing his uniform, providing security at the center between Thanksgiving and Christmas.

That was 44 years ago. The assignment expanded over time to the point Mulkey is the most recognizable and visible presence at the center day in day out.

Under a banner outside Thomas Barber Shop thanking him for his long service, Mulkey retired a second time last month. He retired from the Atlanta Police Department in 2005.

As he reflected on his time at the center, Mulkey talked about the relationships he developed with neighbors and business owners. He marveled that the grandchildren of people he met there years ago were getting yogurt after school and getting their haircut at the barbershop.

“I am going to miss the people more than anything,” Mulkey said over the telephone last week. “It’s a family over there.”

None more so than “Tommy” Thomas, the proprietor of Thomas Barber Shop, who he said is like a brother. Back in the day, Thomas’ dad cut his hair. Now, it’s Tommy.

“I like to say (Tommy) cut the color out of my hair,” Mulkey said.

One thing does concern him, though, and it comes back to the community.

Mulkey said he has always been grateful for the support the community has given him and his fellow officers over the years. He knew the neighbors and business owners had his back. Mulkey is not so sure newer officers know that, despite the fact it’s true, especially with the folks around the shopping center.

He fears that will be lost as officers are busier and busier responding to calls and doing paperwork rather than walking their beats, as he has for more than four decades.

No one would mistake Buckhead for Mayberry, but I can’t help but think of the classic 1960s television show about a small-town police officer, “The Andy Griffith Show.” The Wender & Roberts Pharmacy, with its carpet and wood paneling, is the Walker’s Drugstore.

Tommy is Floyd, the barber who is willing and able to talk politics, history and football. And then there’s the justice of the peace — the Andy Griffith — Officer Mulkey.

Always quick with a smile and a greeting, he stops to talk to everyone and anyone, keeping his eye out over the parking lot. And the community is quick to pat him on the back and let him know we appreciate his service.

Mulkey also patrolled the neighborhoods around the center, including ours. If you were going out of town, the first call was to him. Mulkey would pull up in your driveway in the neighborhood patrol car and check things out while you were away.

He is the one person everyone knows and trusts. That wasn’t unusual when he got his start as a police officer in 1974. Today, it is rare.

But even Andy Griffith had to look the people of Mayberry in the eye one day and turn the reins over to the next generation (hopefully not Barney Fife.)

He’ll be coming back now and then.

Good old Floyd will still be cutting his hair when it needs it.

Buckhead resident Thornton Kennedy is the president of PR South and a former news editor of this paper. He can be reached at thornton@prsouth.net.

Buckhead has had more than a few brushes with presidents

Alfred Austell has a unique distinction unheard of in today’s hyper-partisan environment.

From town hall to prison farm, Chastain’s history is a long, winding path

The dogs making their way around Chastain Park any given day are just happy to be outside.

South Buckhead park has many connections to Atlanta history

No fewer than 12 waterways in Georgia bear the name Tanyard.

Have you seen this Buckhead sexual assault suspect? If so, contact the Atlanta Police

Tradition going back generations hits an off year, but will be back

For as long as I have been alive, our Thanksgiving lunch has been expanding like the elastic band on a pair of newfangled trousers after a fiv…

A man threatening to jump off the top of a building in the heart of Buckhead has been convinced not to, ending a roughly three-hour standoff, …

Reasons unclear for two Peachtrees — one a road, the other a street

When Georgia built Peachtree Road in 1813 connecting two forts, there was no downtown Atlanta.

For three decades, Festival of Trees kicked off the holidays

When it came to holiday traditions, the annual Festival of Trees was hard to beat.