Atlanta mayoral candidate Mary Norwood speaks to her supporters during her runoff election campaign party Dec. 5, 2017 at the Park Tavern in Midtown. 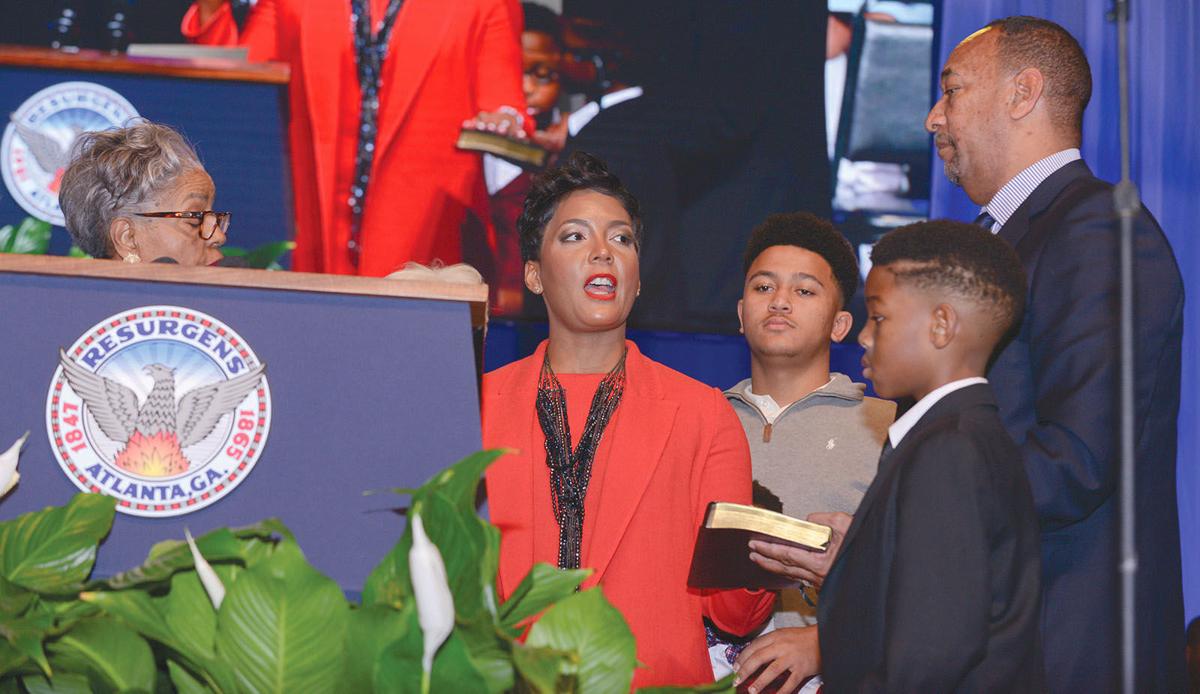 Atlanta mayoral candidate Mary Norwood speaks to her supporters during her runoff election campaign party Dec. 5, 2017 at the Park Tavern in Midtown.

The probe, launched Dec. 2 by the commission, also known as the Georgia Government Transparency and Campaign Finance Commission, alleges the candidates illegally received a combined $551,748 in over-the-limit donations during the campaign. According to letters the commission sent each candidate, Bottoms and Norwood are accused of going over the limit by $382,773 and $168,975, respectively.

Bottoms edged Norwood by about 820 votes in a campaign where the two candidates each received about $2 million in contributions. They advanced to the December runoff after leading a field of 10 candidates in the general election a month earlier.

Robert Lane, the commission’s deputy executive secretary, confirmed the investigation had been launched. Each candidate has until Jan. 6 to submit their campaign donation records to the commission, and neither candidate had done so as of Dec. 18, Lane said.

He said the commission’s cases normally last between nine and 18 months and declined to comment further since the probe is still ongoing. Both candidates could be fined if found guilty of ethics violations.

In a Dec. 16 interview, Norwood said she’s in the process of providing all the campaign records the commission requested and was awaiting statements from her bank. She said she’s conducted a preliminary analysis by going through more than 4,000 records and determining her contributions went over the limit by 0.5%.

“Through the course of the campaign, when we caught another contribution coming in, we refunded the overage,” Norwood said. “We sent checks back during the campaign. That was a handful, too. In over $2 million of campaign contributions, a few slipped through. People write you multiple checks and despite your best efforts, these things happen. I will be refunding those amounts and as soon as I get the checks in hand.”

Norwood said the letter from the commission stated she “may have” violated campaign finance laws, and she plans to prove she didn’t, at least to the degree it claims.

“It’s up to me to show what was actually accepted and if there’s any bookkeeping that wasn’t 100% accurate. There was nothing intentional,” she said.

Norwood, a former Atlanta City Council member who also ran for mayor in 2009, said she’s been investigated three times prior to this year: in 2007 and 2014 on the city level and in 2009 on the state level.

“In each one I was completely exonerated,” she said. “I am very hopeful that (I will be exonerated again). … I think the most important thing is any public official should always welcome scrutiny. When you’re in the public realm and you’ve been a public official, anyone should turn over whatever they have as soon as they’re requested of it. Everyone is just doing their job. They’re doing their job and I’m doing my job.”

An email to Michael Smith, a spokesman for Bottoms’ office, seeking comment on the investigation was not returned by the Neighbor’s deadline. But in an AJC article, Bottoms addressed the allegations.

“We are confident we are in full compliance with all ethics rules and will provide requested documents to substantiate our compliance as appropriately requested,” she said in a text message.

Though Lane said the subpoenas are not based on the ethics complaint filed against Norwood by Charlie Stadtlander, who worked as a senior advisor for both candidates’ campaigns in 2017, his complaint likely sparked the investigation.

Stadtlander, who first worked for Norwood, said he left her campaign and joined Bottoms’ after raising concerns about how Norwood ethically handled her campaign finances. He filed the complaint with the commission in December 2017, just before the runoff.

Stadtlander said Bottoms’ campaign, including an unknown lawyer hired by the campaign, helped him draft the complaint. But on election night, he said he learned that lawyer was Jeremy Berry, who at the time also was Atlanta’s city attorney. Since Berry’s involvement was considered a conflict of interest, in February or March 2018, Stadtlander asked the commission to have the complaint dismissed.

“I did some research and found out the city attorney is not allowed to do any legal work other than for the city,” he said. “That was also viewed as a misuse of campaign resources. I immediately relayed these issues (to the commission). Even though the concerns in the complaint were valid and legitimate, since the complaint was filed in that way, I believed that in and of itself was unethical.”

Stadtlander said he waited weeks to ask the commission to dismiss the complaint because at first Berry offered to have a friend who worked at the commission handle it before taking matters into his own hands after Berry didn’t move forward with the original plan. He said he believes both candidates are unethical.

“I think Atlanta is an amazing city full of amazing people, its diversity, its love, it’s vibrancy,” Stadtlander said. “Of all the candidates we had to pick from, I am very disappointed that corruption seems to permeate the campaigns of both candidates.”

The Atlanta City Council has approved a plastics ban

The city of Atlanta is taking a stand on non-compostable single-use serviceware.

Want to smoke/vape in Atlanta bars, restaurants and other venues? You have until Jan. 2 before the city's ban starts

If you want to light up a cigarette or e-cigarette at an Atlanta-owned or operated facility or even bars and restaurants, your time is running out.

As residents’ trust in the city of Atlanta has eroded amid a federal corruption scandal tied to previous Mayor Kasim Reed’s administration, it…