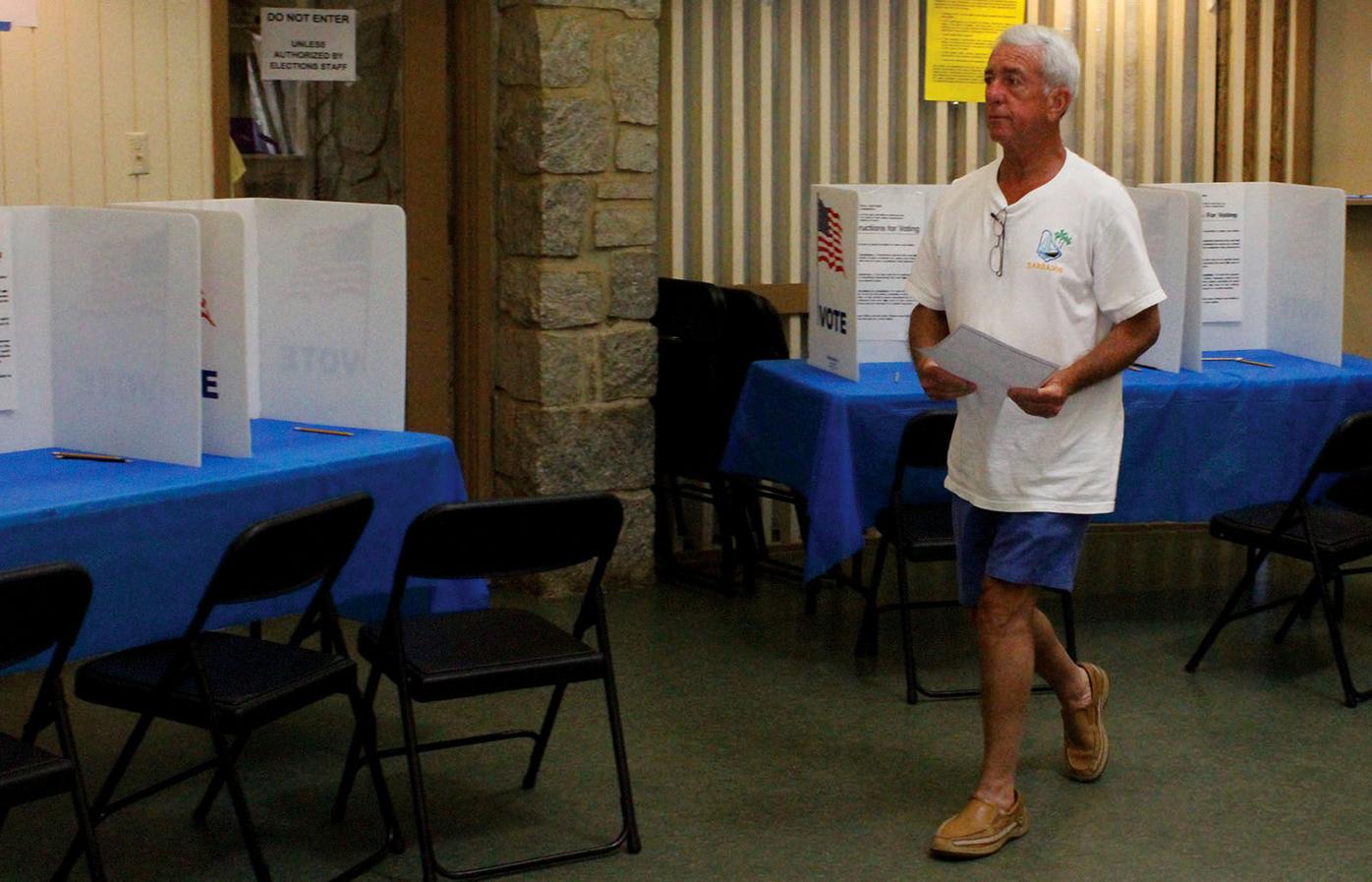 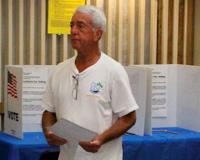 A man takes his paper ballot to a poll worker after voting at Hammond Park in the District 3 Sandy Springs City Council special runoff election June 21, 2016.

Residents cast their ballots at High Point Elementary School during the May 24 primary election.

A man takes his paper ballot to a poll worker after voting at Hammond Park in the District 3 Sandy Springs City Council special runoff election June 21, 2016.

Residents cast their ballots at High Point Elementary School during the May 24 primary election.

This article was updated Feb. 22 at 2:40 p.m. with a quote from Sandy Springs Mayor Rusty Paul.

Nearly five years later, the city of Sandy Springs has been cleared of wrongdoing in the 2016 special election following an investigation by the Georgia Secretary of State’s Office alleging the city did not properly notify voters. Instead, the Fulton County Board of Registration and Elections was blamed.

After District 3 Councilman Graham McDonald resigned in March 2016 to run for the District 52 State House seat, and because he was just over halfway through his four-year term, the council later that month voted to hold a special election May 24, 2016, the same day as the primary election.

But residents wanting to cast ballots in it would have to go to Hammond Park to do so, instead of voting in their own regular polling place, where they would still vote for candidates on the primary ballot. However, some voters may not have been notified of the change.

“We’re recommending that the Fulton County Board of Registration and Elections be bound over for 21-2226E of the Georgia election code as they failed to issue precinct cards to Sandy Springs District 3 voters, notifying them of the Hammond Park poll change,” said Frances Watson, the secretary of state’s office’s lead investigator.

Watson spoke at the State Election Board’s Feb. 10 meeting, where the board, which acts on behalf of the secretary of state’s office, voted 5-0 to send the case to the state attorney general’s office. In its investigation, launched May 20, 2016, the state found that the city complied with Georgia law in hosting the election, however confusing as it may have been for voters.

On top of residents having to cast ballots in two different polling precincts on Election Day for the primary and the District 3 race, they had to do so in separate rooms at Hammond Park during the early voting period.

But the issue came when the county, which was supposed to mail cards to affected voters about the special election, failed to do so.

“Johnny Harris with the Fulton County elections office checked to verify that the precinct cards requested were issued for the May 24, 2016 election,” Watson said. “It was discovered that the year was entered incorrectly in the request as May of 2017.”

She also said the investigation included allegations of ballot security problems, since some ballots allegedly were marked in pencil during early voting. However, Watson said, “There was no specific reported incident with substantiating evidence to support a violation.”

Richard Barron, director of the Fulton Department of Registration and Elections, defended the county by saying, “We didn’t conduct this election. Therefore, they made the polling place change. We weren’t notified of that.”

At the March 29, 2016 special called council meeting where the body voted to pass the special election, city spokeswoman Sharon Kraun said the city’s hands were tied in its decision because of a Georgia law that requires special elections to be approved at least 90 days before an election to be added to the regular ballot.

“Based on state law, we have to be in a separate facility,” she said. “We worked with the secretary of state’s office on the location. Our goal was to mirror the same polling location so we could get a separate room (for voting) within the same facility. And we could not secure all seven [voting] locations (in District 3). The other issue was getting enough experienced poll workers to work all of those locations, especially the poll managers. … It would require six to eight extra poll workers per polling location.”

Kraun said the city could have postponed the special election until November so it would be included on the regular ballot then, when residents could vote for the District 3 council seat holder without having to go to another polling precinct. Delaying the vote would also save the city money; at the March 29 meeting City Manager John McDonough said the May election would cost $72,000 versus between $30,000 and $40,000 in November.

But the city did not want to leave the District 3 seat open that long, opting for the May election plan, Kraun and other city officials said.

In a statement regarding the State Election Board’s decision, Sandy Springs Mayor Rusty Paul said, “We followed the procedures that our city attorney, (District 51 State) Rep. Wendell Willard, said was appropriate. So I was never in doubt that the city’s conduct of the election was lawful, fiscally responsible and fair.”

The Sandy Springs special election is one of nine cases Fulton cases from 2015 to 2020 the State Election Board sent to the attorney general’s office for possible punishment.

Shawn Conroy, a spokesman for the attorney general’s office, said he can’t comment on active cases, but he explained how they work once the State Election Board hands them off.

“Procedurally how this works is that when the file is provided to our office, we will proceed with our own legal review to determine the most appropriate course of action,” Conroy said, adding punishments include cease-and-desist letters, fines and mandatory training.

For now, Richard Barron is keeping his position as director of the Fulton County Department of Registration and Elections, even though he was …

The city of Sandy Springs, in partnership with the Sandy Springs Development Authority, will help 160 small businesses through its COVID-19 re…

The city of Sandy Springs has seen its hotel/motel tax revenue decrease by 37% in the past year due to the COVID-19 pandemic, but it’s been bo…

The fees Fulton County plans to charge to hold elections in its cities this November are going way up compared to the 2017 ones, Sandy Springs…

The debate over whether or not Richard Barron’s termination as Fulton County’s registration and elections director should be rejected rages on.

July 4 events will return to Woodstock this year