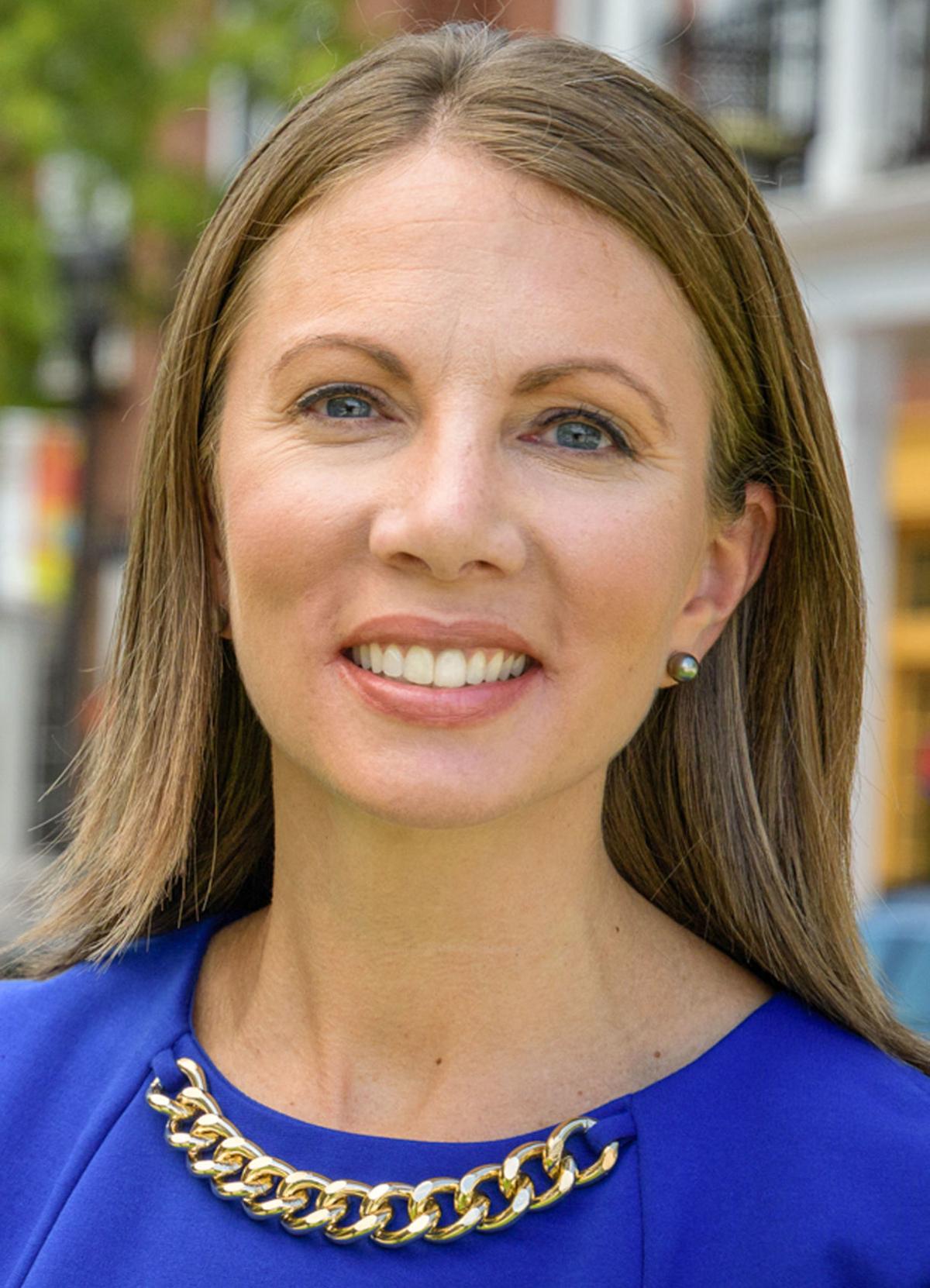 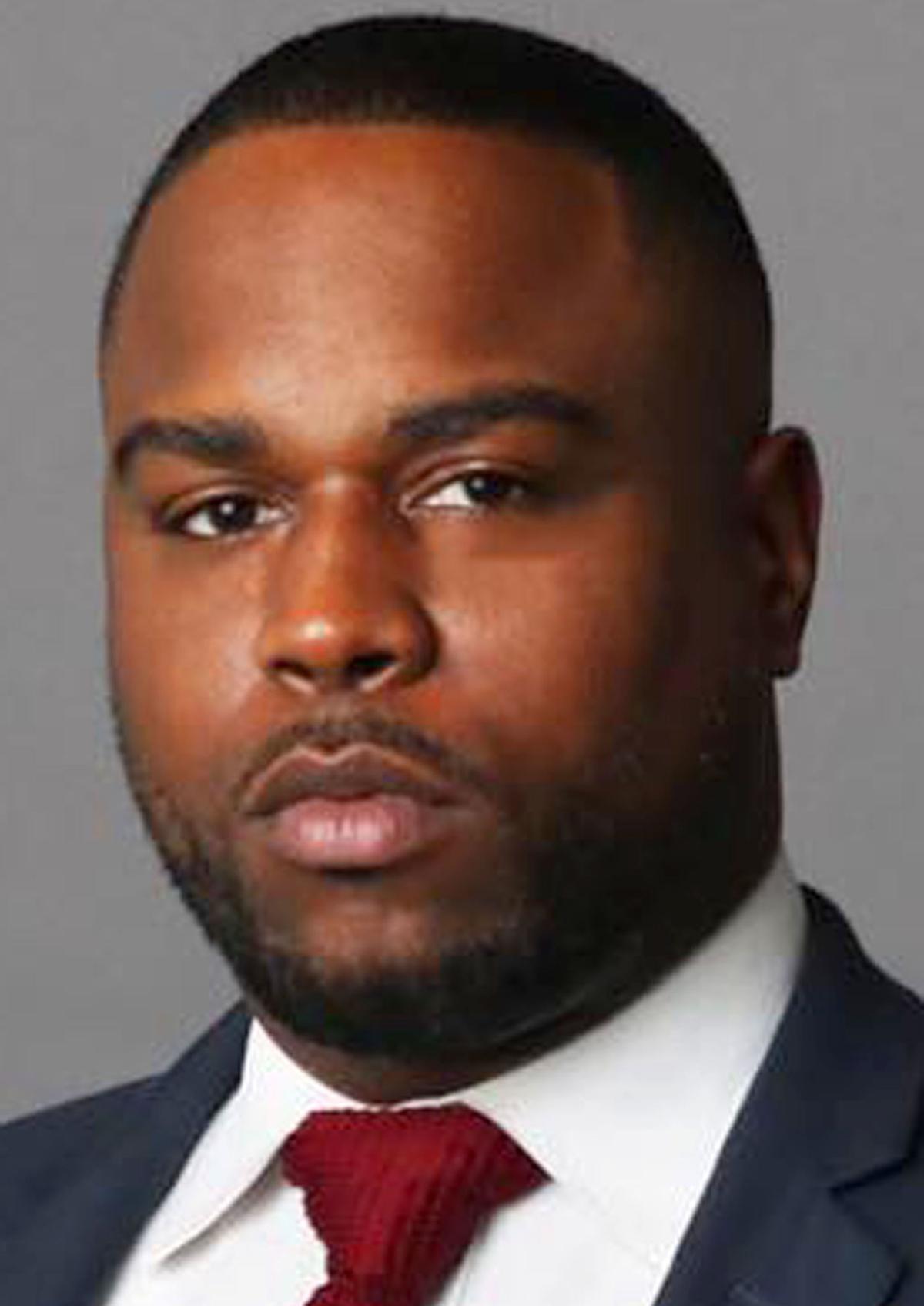 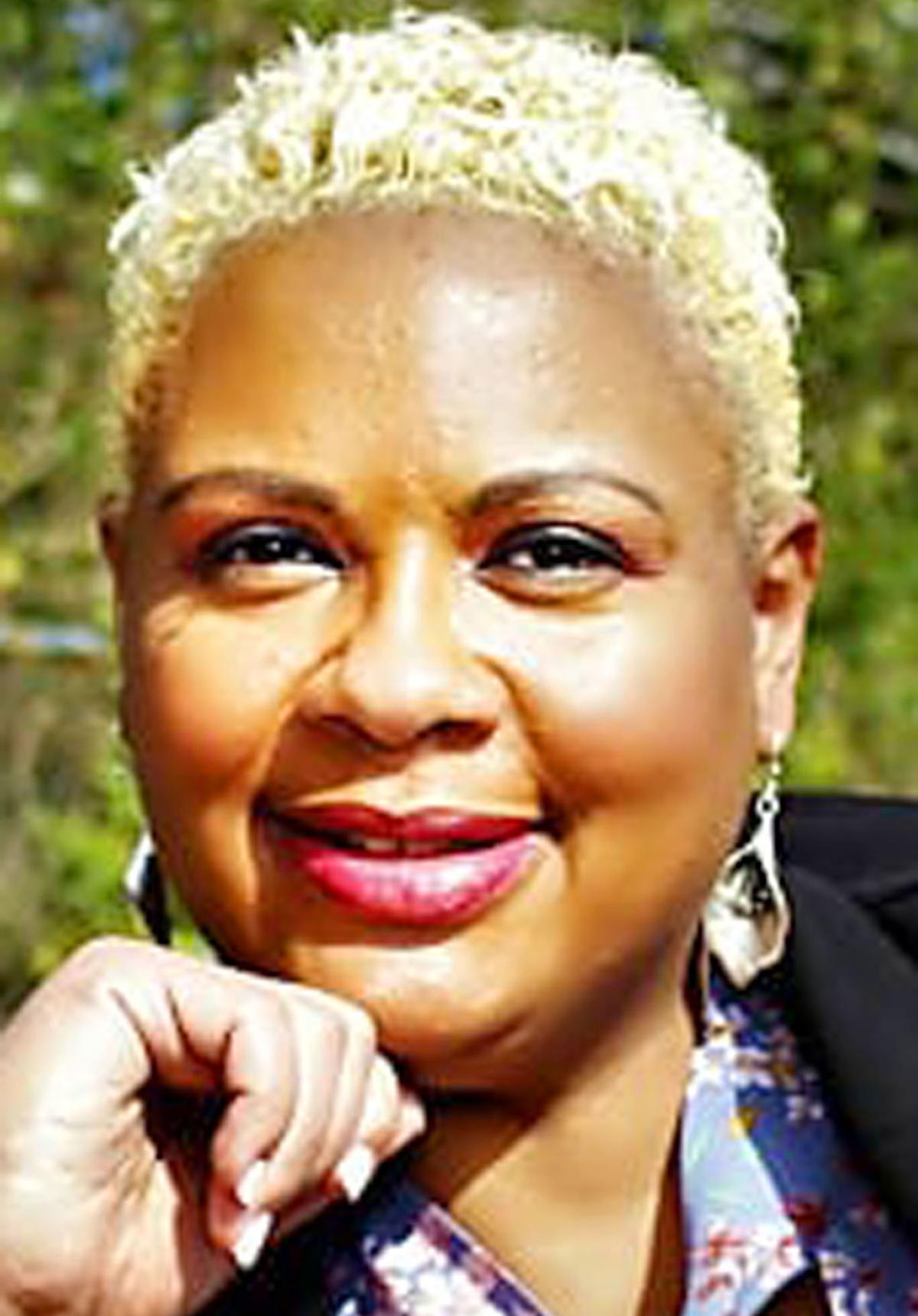 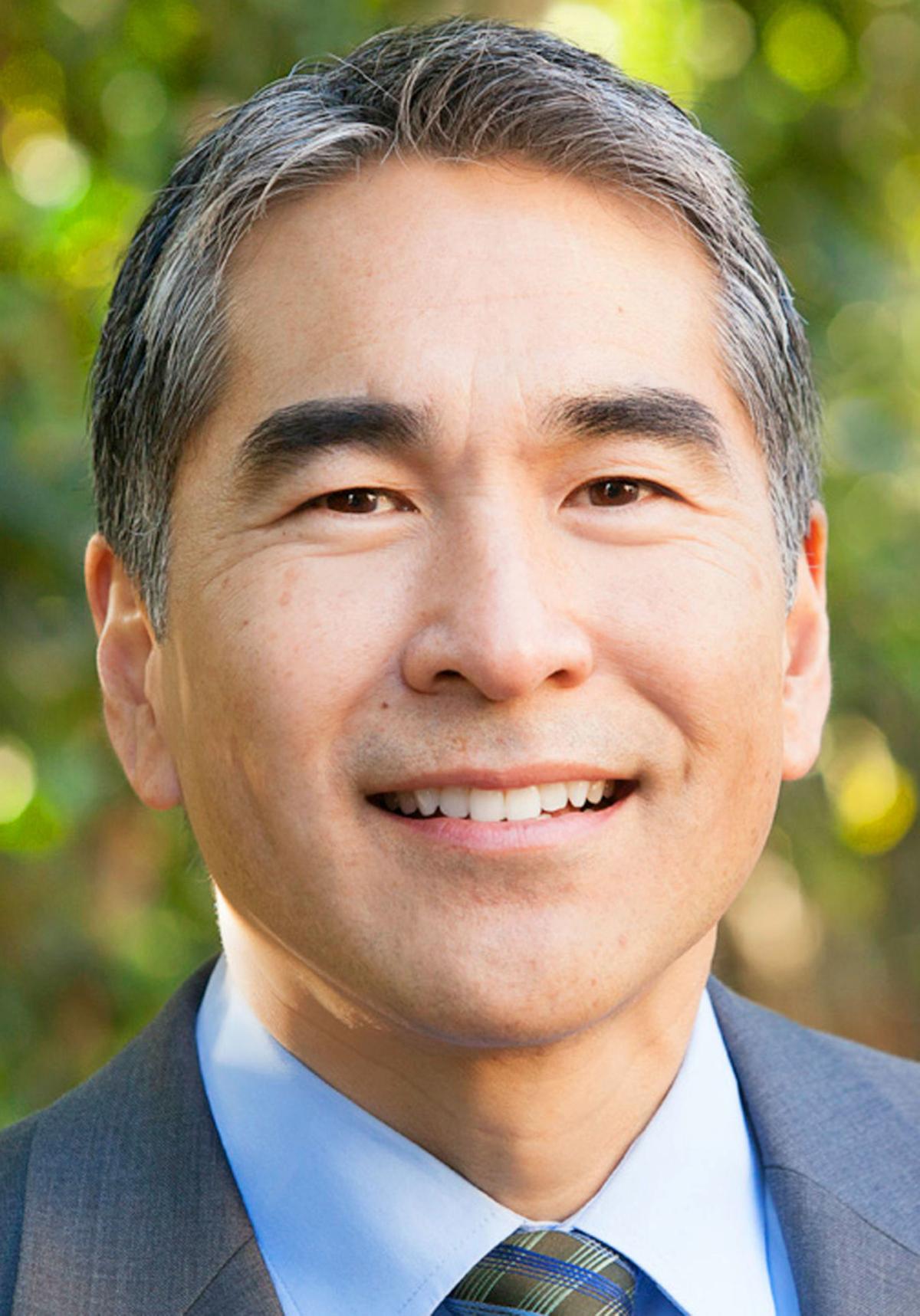 The winner will be unopposed in the Nov. 3 general election. The district includes part of Buckhead and other portions of the city of Atlanta.

Evans, a Morningside resident, is an attorney with the law firm of Wargo and French, where she specializes in litigation and regularly represents whistleblowers in Medicare fraud cases to recover funds on behalf of the taxpayers.

She is seeking to return to the House after serving as the District 42 representative from 2011-17 while living in Cobb County. Evans resigned from that post, where she was also the Democratic House Caucus chair, to run for governor in the 2018 election, losing to Stacey Abrams in the Democratic primary.

“I am the most qualified candidate in this race,” she said. “Given my prior legislative experience, I can get results from Day 1. House District 57 is a progressive district and it deserves a progressive champion who will not only vote to protect our values, but will also fight on the offense to pass legislation that represents our values. In my prior service, I was part of a coalition that stopped the discriminatory, so-called ‘religious liberty’ legislation, I sponsored comprehensive civil rights legislation and passed legislation expanding access to the HOPE Grant for technical colleges. I am the candidate that can get results.”

Lamont did not return email messages with a questionnaire about the election, but he provided some information about himself and his campaign on his website. A native Atlantan, he grew up in southwest Atlanta. Lamont served as president of Oakland City community organization for three years before resigning to run for the District 57 seat.

He is also a board member with the Atlanta Land Trust and the Fulton County Development Authority, and said he recently was appointed to the BeltLine Tax Allocation District Advisory Committee.

“I have served as the president of the Oakland City community (organization), where I’ve been able to advocate on behalf of one of Atlanta’s most resilient neighborhoods,” Lamont said. “I’ve taken to task many issues such as housing affordability by serving on the board of directors of the Atlanta Land Trust. The next step is taking this all the way to the General Assembly, where I can advocate for all the issues that concern District 57 on the state level.”

Sanders did not return email messages with a questionnaire about the election, and she has no campaign website, according to a Google search.

Shepherd, who lives in southwest Atlanta, is a stay-at-home mom. Though she is running for office for the first time, she did serve as president of Adair Park Today Inc. for three years and was on its board for four years.

“I am not a career politician,” Shepherd said. “I saw a need and wanted to make sure that everyone is represented at the Georgia (General) Assembly for our district. And because I am a community advocate, I understand the importance of representing the collective and not the few. I am a fresh face and not a career politician. I want what’s best for the district as a whole, so I choose ‘People over politics!’

Wan, who lives in Morningside, is executive director of Horizons Atlanta, a nonprofit that provides tuition-free summer enrichment programs for more than 1,000 Atlanta public school students. He ran for the District 57 seat in 2004, losing to Gardner in the Democratic primary.

From 2010-17 he served as the District 6 Atlanta City Council member, and in 2017 he ran for council president, losing to Felicia Moore in a runoff.

“I have been a District 57 homeowner for 25-plus years, having served two terms on the Atlanta City Council (2010-17) and on the boards of Invest Atlanta and Atlanta Regional Commission,” Wan said. “I am the only candidate who has represented city of Atlanta neighborhoods, and that experience makes me the strongest advocate for our neighborhoods’ issues at the State Capitol.

“My record clearly demonstrates results on human rights, public education, housing affordability, transportation and equity. Voters need only look to my public service for leadership they know and trust and for representation that is engaged at the most local level.”

Education: bachelor’s degrees in economics and political science and juris doctor degree from the University of Georgia, 2000 and 2003, respectively

Top three issues: 1. Healthcare access: We must expand Medicaid so Georgians can have access to the healthcare they deserve. 2. Education: We need to modernize and expand the budget for K-12 education and expand access to financial aid so all children can live out their full potentials. I’m a first-generation college graduate. I know that education changes lives because it changed mine. 3. Worker’s rights and a welcoming economy: We need comprehensive civil rights protections to ensure we are a welcoming economy. We need to raise the minimum wage and implement medical and family leave laws to protect our workers.

Top three issues: 1. Education: ensuring all schools in District 57 are fully funded, providing more resources to students with special needs and learning disabilities as well as supporting paraprofessionals, ensuring our public schools are equitable across the district and a place where parents can be comfortable sending their students, higher wages for teachers and smaller class sizes. 2. Taxes: allowing senior residents to age in place, enacting rent control and an income-based approach to senior housing exemption. 3. Healthcare: expanding Medicaid, ensuring those with HIV/AIDS have access to housing, treatment and support, making sure women have the right to choose and enacting legislation that allows a year of post-natal care.

Top three issues: 1. Medicaid expansion: With this pandemic we are facing, we have seen that marginalized people are being hit hard. We need to make sure that ALL Georgians have healthcare. 2. Raise in minimum wage: In southwest Atlanta, there are 12,339 children and adults living below the poverty line. We need to make possible for all families to live comfortably and not just the select few. 3. Transit: Georgia contributes significantly less to transit services, investing only 1.24% of state funds.

Education: bachelor’s degree in industrial engineering from Georgia Tech, 1988; master’s degree in business administration, with a concentration on finance, from The Wharton School of the University of Pennsylvania, 2003

Top three issues: 1. Housing affordability impacts all communities. With millions projected to arrive by 2050, development cannot keep up with demand. Property values are skyrocketing, and increasing property taxes are creating hardship for homeowners and renters. 2. Our transportation infrastructure cannot accommodate these arrivals, increasing congestion and decreasing mobility. We aren’t investing adequately in maintenance nor expanded options. Failure to address this will continue to choke our city. 3. COVID-19 underscores Georgia’s gaps in access to affordable, quality healthcare. That our state ranks near the bottom in general health has made us even more vulnerable to the impact of this pandemic.

Protests over George Floyd's death spread across the nation