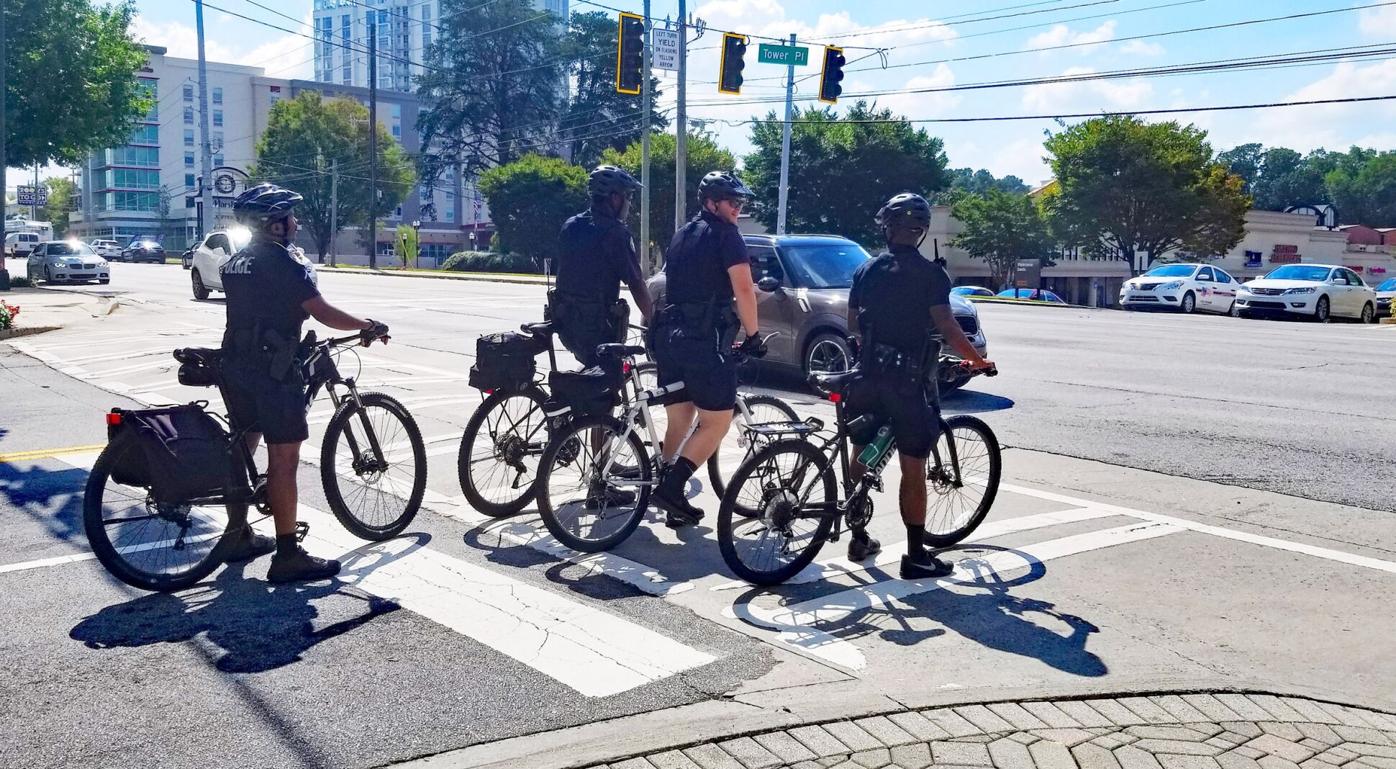 Officers with the Atlanta Police Department’s Bicycle Response Team get ready to go through the traffic light at the intersection of Tower Place and Piedmont Road in Buckhead. 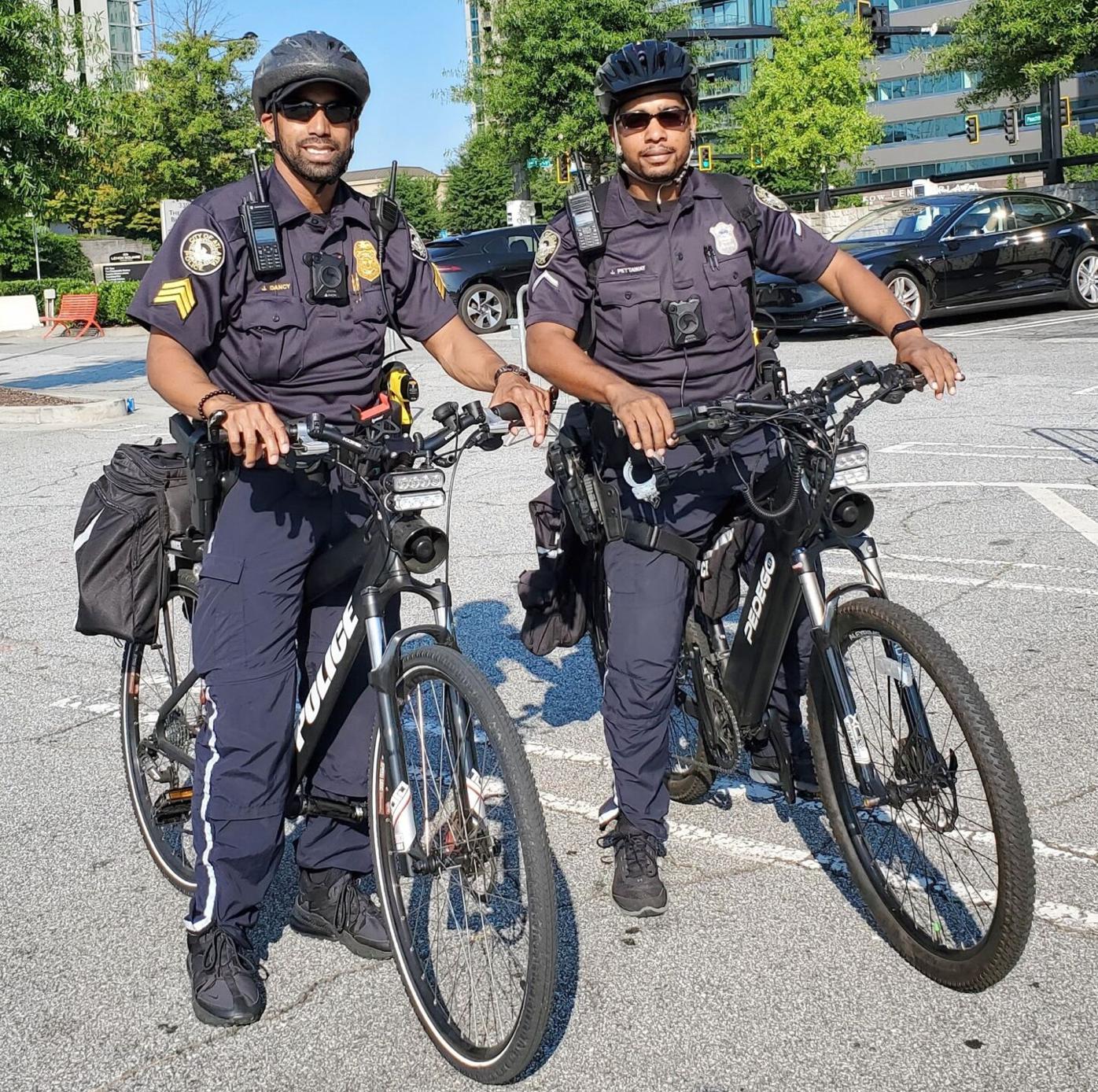 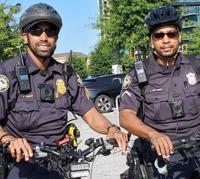 Officers with the Atlanta Police Department’s Bicycle Response Team get ready to go through the traffic light at the intersection of Tower Place and Piedmont Road in Buckhead.

The Buckhead Security Plan continues to grow, this time with bicycle-riding cops.

Launched last year, it’s a strategy of adding a group of off-duty police officers to augment the Atlanta Police Department’s efforts by patrolling the community’s commercial district to combat crime.

According to a news release, at its March 10 meeting, the Buckhead Community Improvement District’s board voted to approve funding to expand the program by adding four off-duty officers who are certified as part of the department’s bicycle response team.

“We’re committed to continuing security improvements in our community,” Jim Durrett, the district’s executive director and the Buckhead Coalition’s president, said in the release. “This investment gives APD Zone 2 another way to provide community-oriented, visible policing within the densest parts of Buckhead.”

Maj. Andrew Senzer, the police’s Zone 2 commander, added, “We approached the Buckhead CID to explore the addition of a bike patrol to complement the supplemental police patrol vehicles. The bike patrol will help us deter crime in areas that are more difficult to patrol in vehicles, such as parking garages and parking lots.”

Said Thad Ellis, the district’s board chair, “The bike patrol exemplifies how our partnership with the Atlanta Police Department is taking direct action to reverse recent trends for the benefit of everyone who lives in, works in and visits Buckhead.”

The district’s supplemental patrols are one element of the Buckhead Security Plan, a collaborative effort to deter crime co-founded by about a dozen local organizations. It also includes a variety of near-term and longer-term actions including creating a strategic grid of security cameras, increasing investment in the Crime Stoppers tip line and pushing for policy and procedural changes to improve enforcement of existing laws and ordinances.

The plan is expected to have an annual budget of $1.6 million once it’s fully funded and expanded. In December, three Atlanta City Council members who live in Buckhead announced they donated a total of $125,000 from their council offices’ budgets to the plan.

Buckhead name has changed, but challenges remain the same

In 1932, as the community north of Atlanta began transitioning into something more urban, a group of business owners came together to fund bas…

The Buckhead Security Plan is growing.

The city of Atlanta is getting tougher on bad actors when it comes to short-term rentals.

With the federal moratorium on evictions ending March 31, unless it’s extended again, the city of Atlanta is stepping up to help residents in …

The Atlanta Police Department is seeking the public’s help in identifying two male suspects wanted in the shooting death of another man.

The Atlanta Police Department is seeking the public’s assistance in finding a woman who went missing and may be suicidal.

It’s amazing how the taxpayers in buckhead have to pay for their own private police department. Taxes are ridiculous, poor services and rampant crime. Look at your leadership or truly lack of Keisha Bottoms. Destroyed the police department and moral. Lawsuit to be paid by taxpayers to child murdered by Atlanta riots, Lenox mall is a cesspool of crime. When will taxpayers say enough and get a mayor that’s not playing political games and the race card. Atlanta the new Chicago.