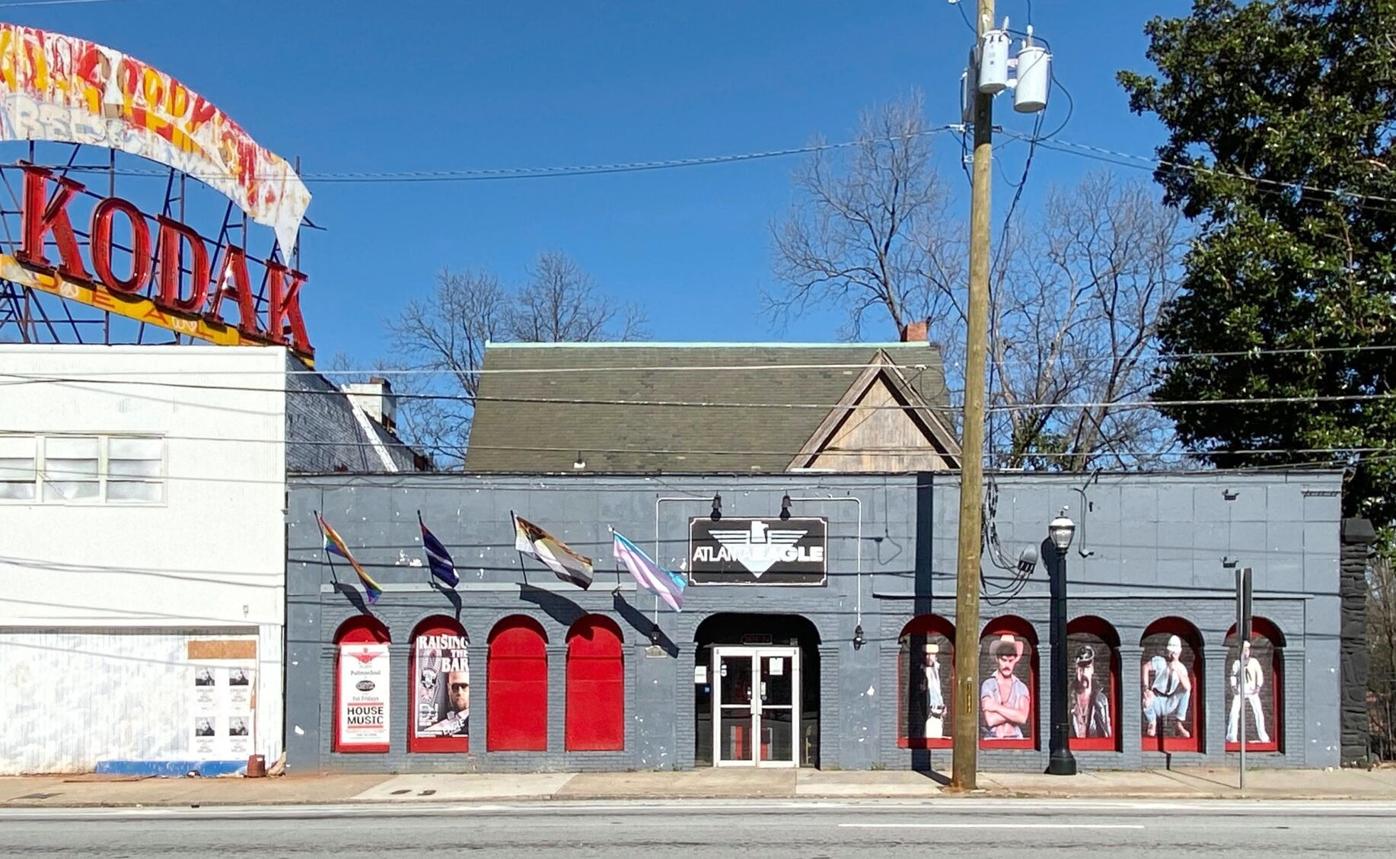 The Atlanta Eagle and Kodak Buildings in Atlanta have been named to the Georgia Trust for Historic Preservation’s 2021 Places in Peril list. 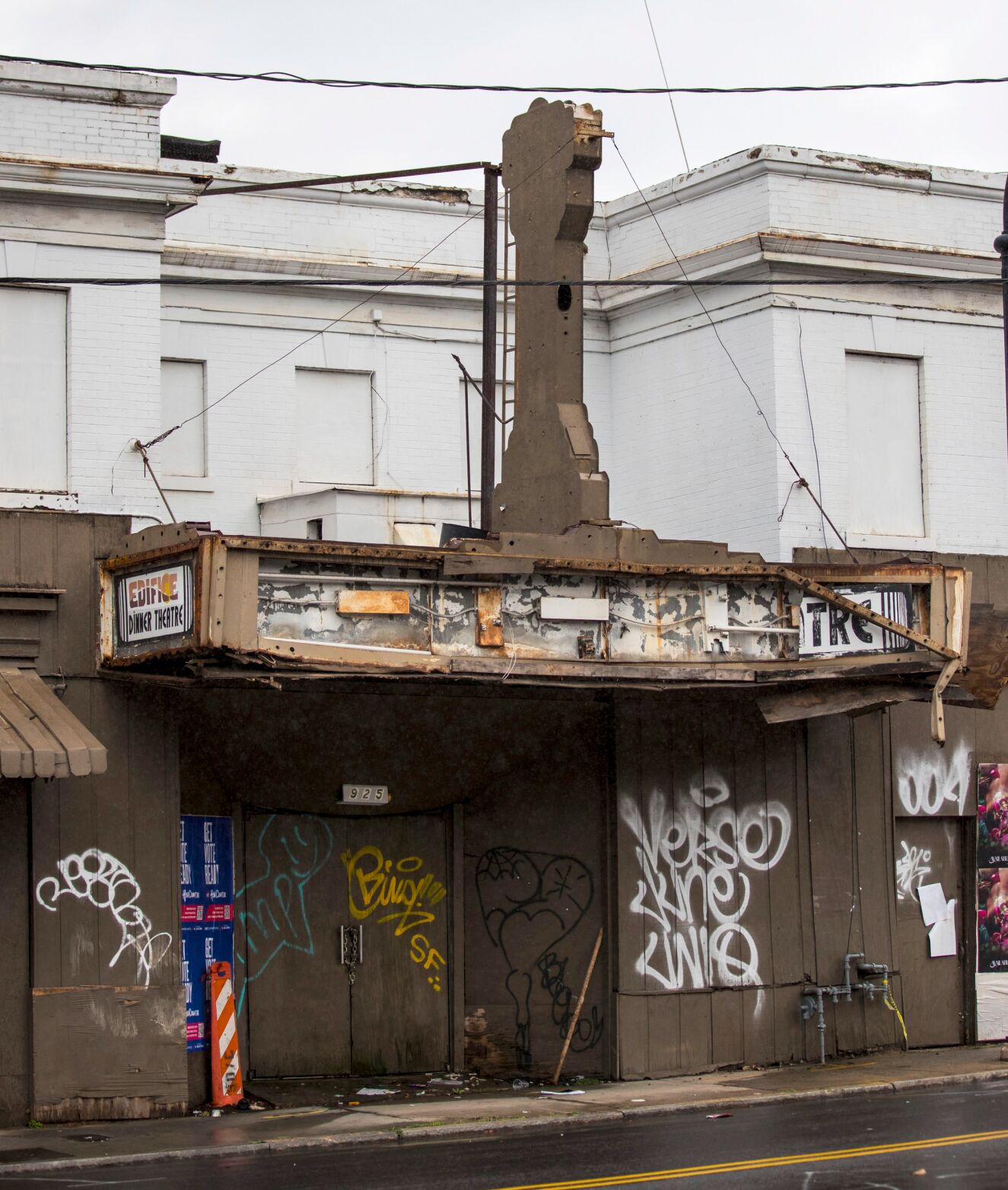 The Ashby Street Theatre in Atlanta has been named to the Georgia Trust for Historic Preservation’s 2021 Places in Peril list.

The Atlanta Eagle and Kodak Buildings in Atlanta have been named to the Georgia Trust for Historic Preservation’s 2021 Places in Peril list.

The Ashby Street Theatre in Atlanta has been named to the Georgia Trust for Historic Preservation’s 2021 Places in Peril list.

Three Atlanta structures have been named to the Georgia Trust for Historic Preservation’s 2021 Places in Peril list, the nonprofit announced Nov. 11.

The Ashby Street Theatre and the Atlanta Eagle and Kodak Buildings, all in Atlanta, are among the 11 sites on the list. The trust is a Midtown-based organization devoted to preserving and protecting the state’s historic structures.

The Ashby Street Theatre, which opened in 1934, was one of Atlanta’s first theaters to serve the African American community. It provided a space for Blacks to enjoy the latest movies in their own community without having to suffer segregated entrances and seating areas during the Jim Crow era.

The theater has not been occupied for many years and suffers from a lack of maintenance. Despite its continued disrepair, there is now significant development occurring around it, creating a chance for its revitalization as a community gathering spot once again.

Originally constructed as expansive private residences in 1898 and 1905, respectively, the Atlanta Eagle and Kodak Buildings, located on Ponce De Leon Avenue, reflect over a century of urban evolution and social history in the city of Atlanta. The Atlanta Eagle Building – rehabilitated for commercial use in 1949 – eventually became a place of prominence in the LGBTQ community, significant as a site for public social interaction. The Kodak Building was originally constructed as an Italian Renaissance house but underwent a commercial alteration in the 1940s with the opening of Star Photo.

Today the structures suffer from lack of maintenance and a direct threat of demolition. The Atlanta Eagle recently announced plans to close due to financial hardship brought on by the pandemic. Though both buildings are contributing properties in the Midtown National Register Historic District, they are highly susceptible to demolition without the addition of local preservation protections.

“This is the Trust’s 16th annual Places in Peril list,” Trust President and CEO Mark C. McDonald said in a news release. “We hope the list will continue to bring preservation solutions to Georgia’s imperiled historic resources by highlighting ten representative sites.”

Places in Peril is designed to raise awareness about Georgia’s significant historic, archaeological and cultural resources, including buildings, structures, districts, archaeological sites and cultural landscapes that are threatened by demolition, neglect, lack of maintenance, inappropriate development or insensitive public policy.

Through Places in Peril, the Trust will encourage owners and individuals, organizations and communities to employ proven preservation tools, financial resources and partnerships in order to reuse, reinvest and revitalize historic properties that are in peril.

For a town built on raw power and hubris, Atlanta has remained true to her roots, philosophically anyway.

The Georgia Trust for Historic Preservation has handed out its 43rd annual Preservation Awards, with five going to Atlanta projects and indivi…

The Atlanta Preservation Center has chosen its new leader.

A project to save a nearly century-old Buckhead home from demolition has been honored by the Georgia Trust for Historic Preservation.