Florida docking plan in the works for ill-fated…

White House projects 100K to 240K US deaths from virus 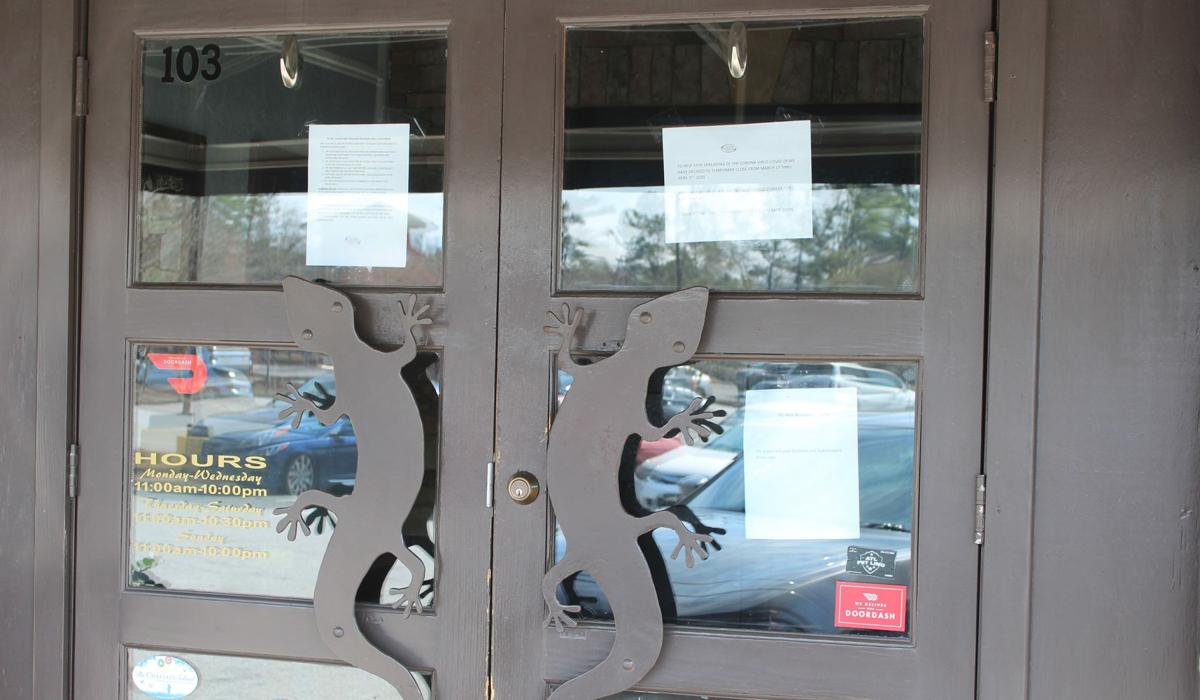 Tacos and Tequilas, a Mexican restaurant on Roswell Road in Buckhead, is closed until April 1 due to the coronavirus, according to signs taped to its doors. 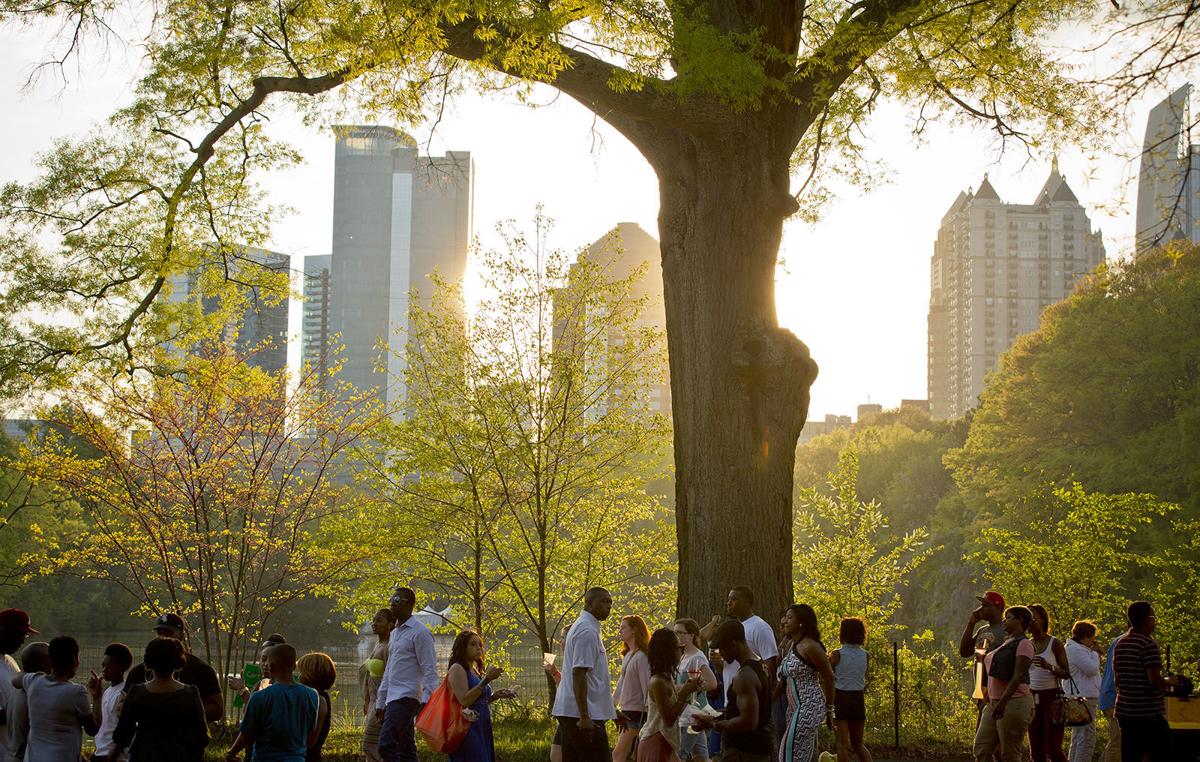 With the Midtown skyline in the distance, attendees walk from one event to the next at the 2017 Atlanta Dogwood Festival. 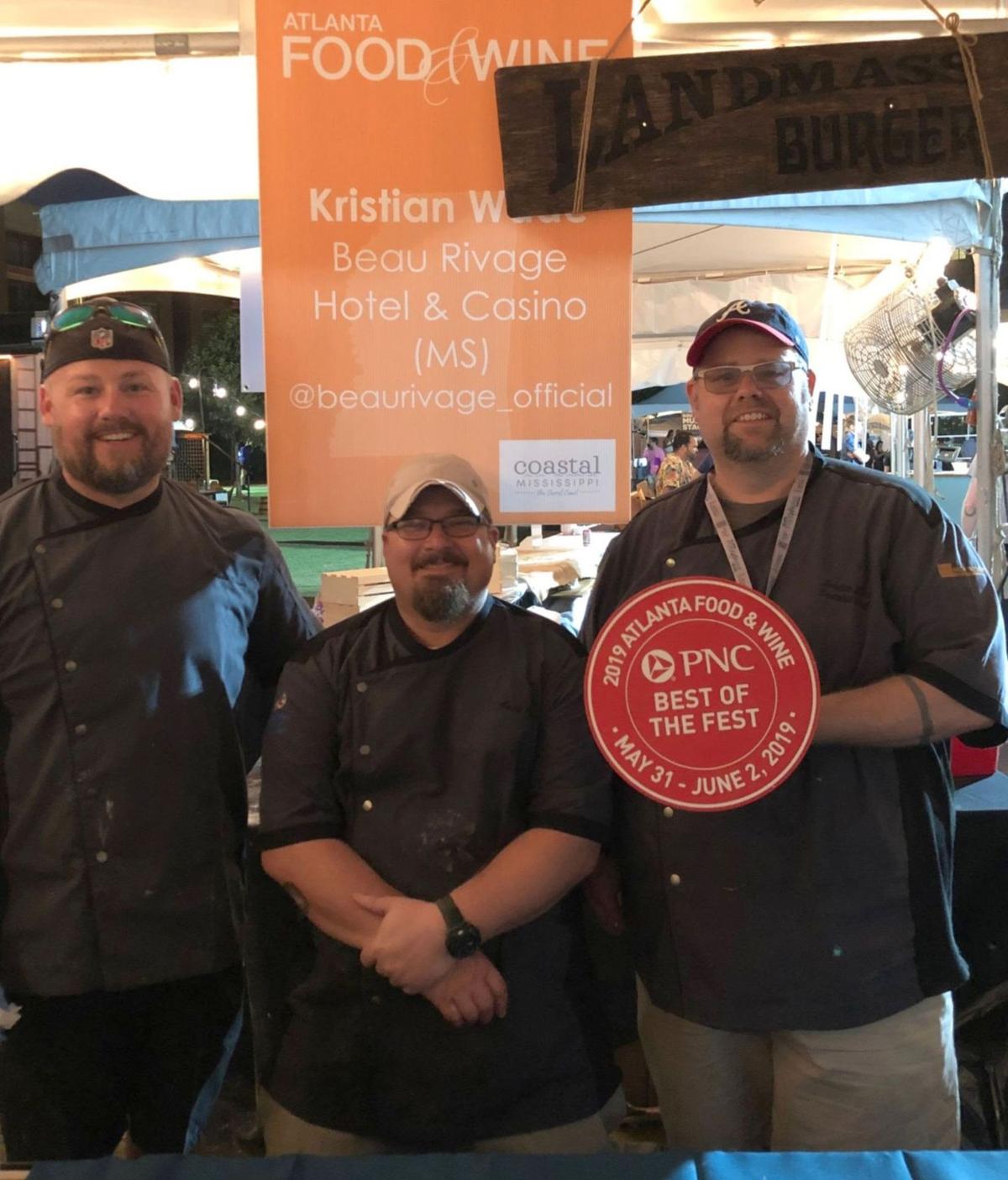 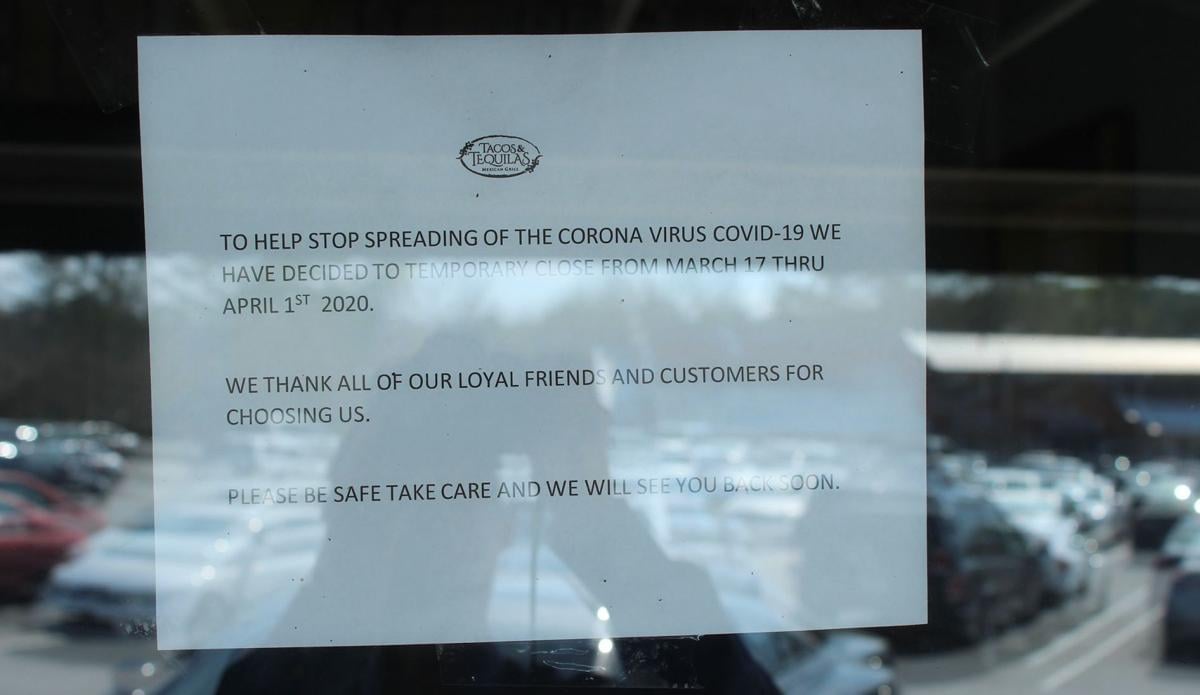 A sign taped to the door at Tacos and Tequilas, a Mexican restaurant on Roswell Road in Buckhead, states it is closed until April 1 due to the coronavirus.

Tacos and Tequilas, a Mexican restaurant on Roswell Road in Buckhead, is closed until April 1 due to the coronavirus, according to signs taped to its doors.

With the Midtown skyline in the distance, attendees walk from one event to the next at the 2017 Atlanta Dogwood Festival.

A sign taped to the door at Tacos and Tequilas, a Mexican restaurant on Roswell Road in Buckhead, states it is closed until April 1 due to the coronavirus.

The coronavirus has hit the nation, Georgia and metro Atlanta hard, wrecking the economy in multiple ways.

Two industries arguably affected the most are restaurants and nonprofits, and local ones felt the impact with countless eateries temporarily closing completely or closing their dining rooms and limiting service to drive-through windows and/or carryout.

“Restaurants are down 70 to 90% (in revenue) in metro Atlanta,” said Karen Bremer, CEO of the Georgia Restaurant Association, adding eateries in Savannah and the rest of southeast Georgia have not been hit as hard as Atlanta.

According to an association fact sheet, in Georgia there are nearly 19,000 bars and restaurants and about 500,000 restaurant and foodservice jobs, with the latter number representing 11% of the state’s workforce. By 2030 the number of employees is expected to increase by 14.2%. In 2019 Georgia’s restaurant sales were estimated at $24.9 billion.

Countless restaurants are limiting service to drive-through and/or carryout. Chef Ford Fry’s restaurant group, which includes Alpharetta’s The El Felix, Buckhead’s St. Cecelia, King+Duke and Superica and west Midtown’s JCT Kitchen and The Optimist, is taking a slightly different approach, according to the group’s website.

He’s closed some of those restaurants temporarily but is adding takeout and delivery service starting as early as March 23. Others are currently open but only offering carryout or delivery service.

Bremer said restaurant owners are struggling with ways to survive the crisis, including temporarily closing their businesses and furloughing employees.

“One of the questions on the (Georgia) Department of Labor website is, because you have to register your employees to furlough them, how long will you furlough them? People say, ‘What do I put, Karen? I don’t know,” she said of the uncertainty regarding the virus and when life can return to normal.

She encouraged residents to eat at restaurants (or at least order delivery or carryout service from those whose dining rooms are closed), adding their existence depends on customers.

“I think the reason (for the downturn in restaurant revenue) is people are frightened right now,” Bremer said. “It’s kind of unjust toward restaurants. The coronaovirus is not transmitted through food but the respiratory tract. With the restaurant industry, we’ve always been required by law to wash your hands, store your food properly and post your (health inspection) scores.

“When is the last time you went into a doctor’s office or hospital and saw a health score? I guess most people don’t realize that. People are a little fearful of crowds except for grocery stores. Governor (Brian) Kemp is pretty emphatic that restaurants need to be open, but we still need to eat there. I think our restaurants have done a great job of creating social distancing environments. However, there are a lot of restaurants (temporarily or permanently) closing in the metro area due to the coronavirus. The profit margin in the restaurant industry is (only) 2 to 6%.”

When asked how the crisis is impacting delivery services such as Uber Eats or Postmates, Bremer said hadn’t yet talked to any of their representatives, but she was planning to the day she was interviewed.

“Anecdotally, I’m hearing from restaurateurs that there hasn’t been an increase (in deliveries) but instead a decrease,” she said.

Bremer said she doesn’t expect Kemp to require restaurants to close their dining rooms to keep large crowds from gathering, which could provide ways for the virus to spread, adding he “is going to take his cue from the federal government.”

The city of Brookhaven has approved an ordinance requiring all restaurants to limit their business to drive-through and/or carryout service, and Atlanta Mayor Keisha Lance Bottoms signed an executive order requiring the same thing.

That order came three days after Bottoms signed another order that allowed eateries to stay open but limit their dining rooms to a maximum of 50 individuals. Both cities’ mandates last through the end of March but could be extended.

March 18, the National Restaurant Association, which represents 1 million businesses, requested $325 billion in emergency funds from the White House to deal with the crisis.

Midtown’s arts venues took a huge hit. At the Woodruff Arts Center, the Alliance Theatre cancelled the remainder of its 2019-20 season productions, which were to last into May, though some will be included in the next season’s lineup. The High Museum of Art closed temporarily, and the Atlanta Symphony Orchestra cancelled or postponed all performances through April 12.

Also, the Fox Theatre closed for at least two weeks starting March 14, cancelling or postponing all shows set for that period. The “Hamilton” Broadway musical tour is supposed to visit Atlanta March 31 through May 3, but that stop could be in jeopardy if the coronavirus crisis continues past March 28. Additionally, the Sandy Springs Performing Arts Center has cancelled all events through March 31.

“It’s really daunting for some of the nonprofits that have festivals or run arts organizations or have cultural heritage sites, that kind of thing,” said Karen Beavor, president and CEO of the Georgia Center for Nonprofits. “It’s very difficult because it’s not just the festival was cancelled, but it’s the type of money is raises. It’s general operating funds versus a project-specific grant. That’s how they pay for things every day versus having dollars for a specific project.”

Beavor said the center serves all Georgia’s nonprofits (38,000 total) in terms of management, leadership and governance, but mainly partners with the roughly 8,000 that generate at least $25,000 in annual revenue. About 60% of those are in metro Atlanta.

“It’s not just relegated to arts,” Beavor said. “There’s many groups that have conferences. Also, (one example is) the Hunger Walk that was cancelled for the Atlanta Community Food Bank. You count on that cash flow at that time of the year; you count on the cash flow for the different times of the year.

“So, it really does hurt. The backside of that is a lot of groups have already paid for conference centers or meeting rooms to run an event or for things like security. You wouldn’t believe how much that costs. A lot of people have sunk costs. They’ve built their sets for the theater production and then they cancel it.

She said one business’ closure can have a domino effect on other businesses.

“I think right now everybody’s in the same boat, and you have stages of this situation,” Beavor said. “Certain kinds of groups are having to dig in with all oars and getting service spikes happening (and) laid-off workers. As university and schools close, they have a lot of contractors they work with on foodservice, so they lose jobs. That cascades to daycare providers losing jobs or money. We’ve seen a lot of groups digging into financial planning scenarios.

“I think this same thing is happening everywhere across the metro Atlanta region. People are trying to figure out how to work remotely and what they can do with staff in the direct line of service. … Everybody’s kind of grappling with that: need, mission, delivery, internal business continuity and trying to think about the future.”

Beavor said the center’s website (gcn.org) has a list of resources available for nonprofits to access during the crisis. Also, the organization’s Georgia Gives Day, which is in November each year, in a way is coming early in 2020 to help nonprofits impacted by the virus. Its website (gagives.org/search) has a way for residents to donate directly to their favorite nonprofits.

ROME (AP) — Italy's deaths from the coronavirus pandemic eclipsed China’s on Thursday as the scourge extended its march across the West, where…

Sandy Springs has closed its parks due to the coronavirus

The city of Sandy Springs March 23 announced it is closing all of its parks due to health concerns over the coronavirus (COVID-19).

The Fox Theatre is postponing ‘Hamilton’ due to the coronavirus

The much-anticipated return of the Broadway blockbuster “Hamilton” will have to wait.

The Alliance Theatre may be closed due to health concerns regarding the coronavirus (COVID-19), but at least one part of it is still open.

Atlanta organizations offering digital resources for those stuck at home

Two Midtown-based organizations are offering digital resources for families, teachers and adults to support learning and entertainment while r…