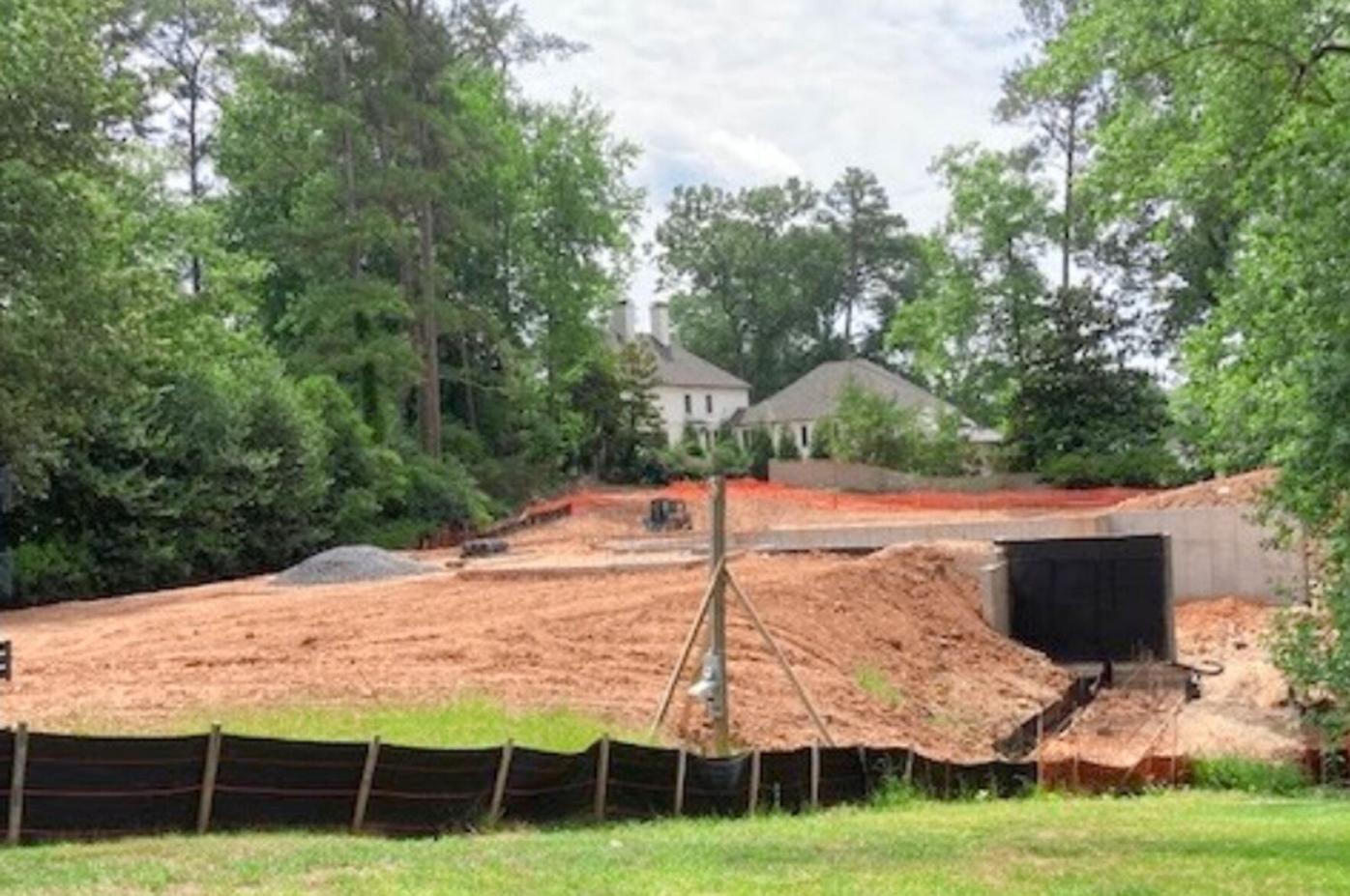 Pictured is a new home being built in an Atlanta neighborhood. 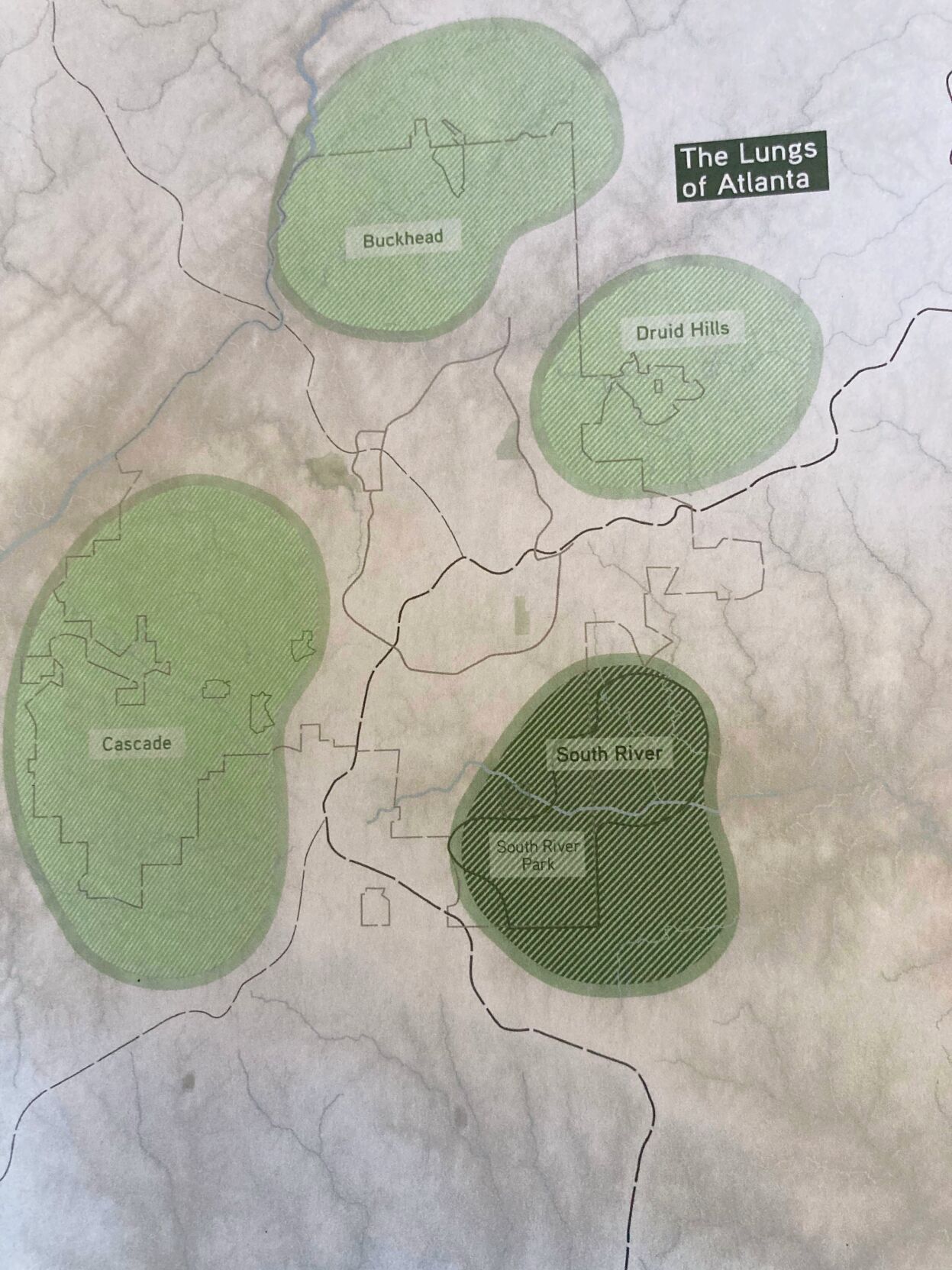 This map of Atlanta shows the areas with the largest tree canopies.

Pictured is a new home being built in an Atlanta neighborhood.

This map of Atlanta shows the areas with the largest tree canopies.

This article was updated July 8 at 2:33 p.m. with interview quotes and information from J.P. Matzigkeit.

Like some Atlanta residents, Gloria Cheatham is concerned about proposed changes to the city’s comprehensive development plan that would impact single-family zoning regulations.

“We believe it will precipitate a developer’s feeding frenzy not only for popular neighborhoods, like West End and East Atlanta and Morningside and Adams Park — neighborhoods already undergoing gentrification or other redevelopment — but also neighborhoods where the land values are high,” Cheatham, a Buckhead resident and president of the Tuxedo Park Civic Association speaking on behalf of several local neighborhood leaders, said in an interview.

“… If you reduce the minimum lot size, developers can buy up lots and subdivide them as a matter of right. They already circle neighborhoods like Tuxedo Park like vultures. But if a developer can put twice as many houses on the same plot of dirt, they’re going to do that because they want to maximize their profits.”

Cheatham was one of about 1,000 individuals who spoke out against the plan’s proposed changes at a recent quarterly public hearing held by the Atlanta City Council’s community development/human services committee. Of the remaining speakers, only five said they are in favor of the plan and four others addressed separate topics. The hearing, which started June 28 with three hours of public comment, resumed July 1 with 14 more hours of comments.

Under Georgia law, all municipalities must update their comprehensive development plans every five years, and Atlanta will hold one more public hearing Sept. 27, when the plan’s final draft will be submitted to the committee for approval. After that, it must be passed by the city council in October before being forwarded to the state.

The changes to the plan residents are most concerned about are as follows:

♦ Reducing minimum lot sizes for single-family properties, which would allow a developer to subdivide a lot into smaller pieces and build multiple houses or homes on that lot.

♦ Allowing small apartment buildings, three to 12 units each, in single-family neighborhoods within a half a mile of MARTA stations.

♦ Permitting accessory dwelling units (ADUs), such as garage apartments or guest houses, on all single-family properties within the city, to make them easier to build on single-family lots.

♦ Allowing flag lots, which are new lots created when a narrow, flagpole-sized strip of land is carved out of one part of a property to allow for a long driveway to lead to the back of the lot, where a new home is built. Under the city’s current laws, a special-use permit is required to create a flag lot.

Though the comprehensive development plan is considered more of a template or guide on future development, some residents believe developers will use it as a loophole in the city’s existing zoning codes.

Bob Irvin, a Buckhead resident and former Georgia House of Representatives member, also called in a comment for the public hearing. He said the single-family zoning changes the city’s plan is proposing would be “an end-run” on the current Atlanta zoning process.

That process requires all zoning changes to first be approved by Atlanta’s Neighborhood Planning Units and the zoning review board before being passed by the city council, but the amendments would mean developers could skip that entire series of steps.

“The things they’ve proposed that you could do, you can do now,” Irvin said. “But to do it now, you have to go and convince your neighbors and the NPU and then the city council that it’s good for the neighborhood. These things happen how. What these (proposed changes) do is give you a blanket permission to do all these things. You don’t need blanket permission unless you want to do it in a place where the neighbors think it’s not good for the neighborhood.”

“The city wants to refer to this as a housing issue,” Irvin said. “This is not about housing. It’s about zoning.”

Buckhead resident Mary Norwood, the Buckhead Council of Neighborhoods’ president, added, “The new provisions would negate the zoning protections the residents the city have had.” She said other programs, such as the employer-assisted housing one Livable Buckhead is launching, are out there to address affordable housing concerns.

Though the residents interviewed for this article all live in Buckhead, they said they’ve talked to individuals all over the city who are also concerned about the proposed zoning changes.

“I’ve heard from people in Ansley (Park), Morningside, Candler Park, and I know there are people in the south side neighborhoods,” Irvin said.

Cheatham added, “If you take the city’s proposal to reduce minimum lot size coupled with the city’s proposal to allow accessory dwelling units on every single-family property, that would increase residential density in single-family neighborhoods fourfold. … That means folks’ neighbors will be living on top of them, and it also means a lot of the unique character of Atlanta’s 242 neighborhoods—many of which are historic—will be lost.”

She said she has other worries regarding the proposed amendments, including the idea of developers having more opportunities to clear-cut neighborhoods’ trees, since, under the city’s tree ordinance, they only have to pay a maximum fine of $1,000 per tree, which is a fraction of the cost of a new home.

“Atlanta’s single-family neighborhoods, according to local tree experts, hold some 77% of the city’s trees,” Cheatham said. “So, if we increase density the way (the city) wants to … our tree canopy is going to be decimated.”

She also said she has concerns over stormwater, traffic and infrastructure issues the changes could bring.

Post 2 at-large Councilman Matt Westmoreland, the committee’s chair, said he’s heard that Tim Keane, the Atlanta Department of City Planning’s commissioner, who is spearheading the plan’s proposed changes, has told residents “he plans to delete them before its final draft is submitted in September.

Of the possible amendments, Westmoreland said, “I definitely understand that line of thinking and that’s why it’s concerning to folks. That’s why I’m grateful people with any perspective on the draft are sharing their thoughts. I’ll take them to heart … before bringing the final draft to council.”

Regarding Keane’s stance on the proposed changes, Matzigkeit said in the newsletter, “I took comfort in the comments of … Keane during a recent meeting I hosted with the heads of District 8’s 27 neighborhood associations. Keane said he and his staff had received a ‘lot of feedback’ from Buckhead and southwest Atlanta regarding single-family zoning and … his folks would not “bring an ordinance that isn’t going to be approved by the residents of Buckhead.’”

The Neighbor has requested an interview or statement from Keane on his current stance regarding the plan’s proposed amendments.

The city of Atlanta is beginning to address problems it’s having with its fire rescue department’s truck fleet and equipment, which are in nee…

The city of Atlanta is moving forward with its strategy on how it will spend the $170.9 million it’s getting in federal COVID-19 relief funds.

Housing committee meets to nail down implementation of incentives package