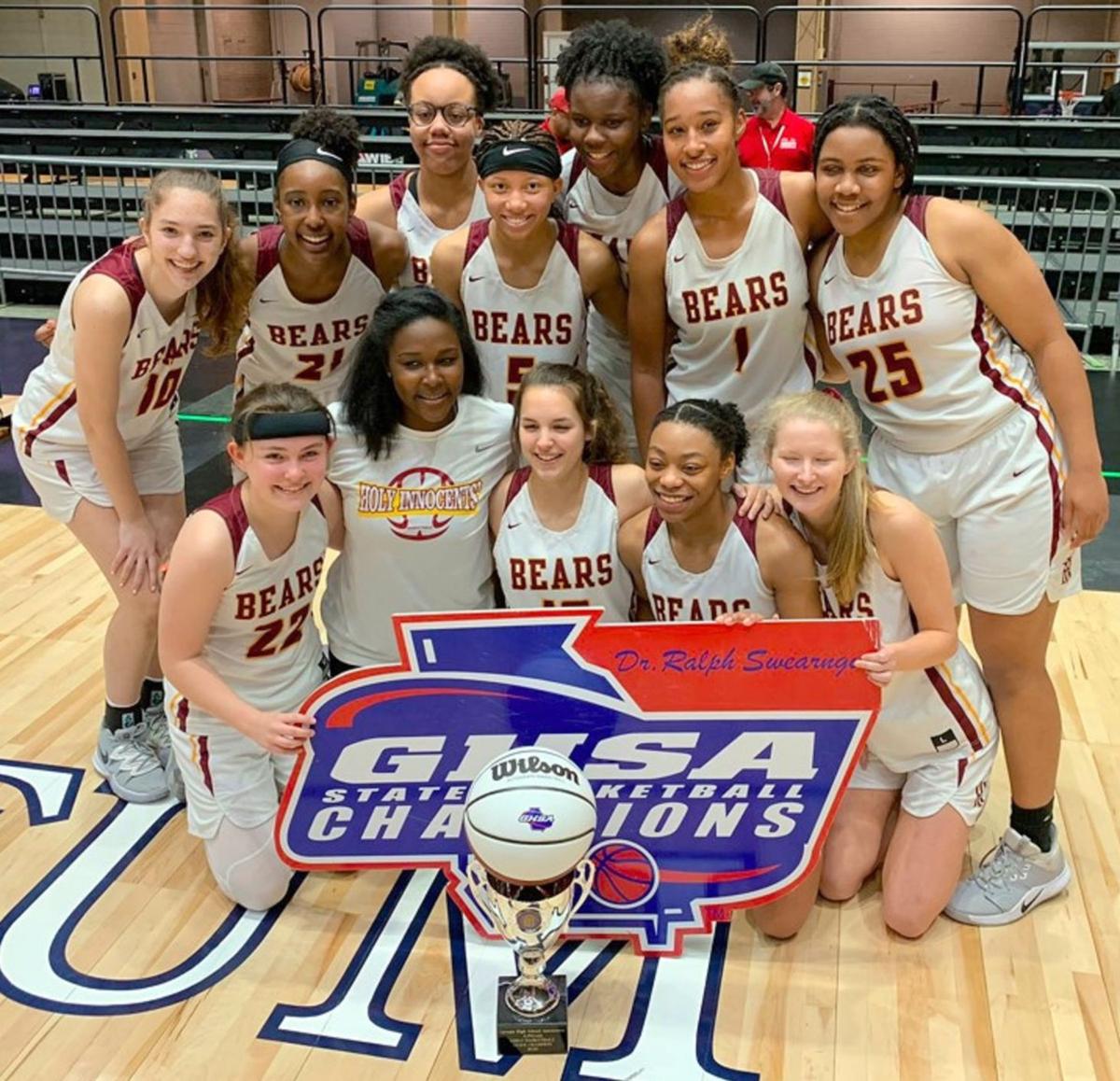 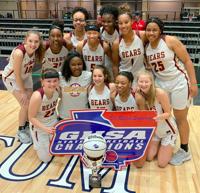 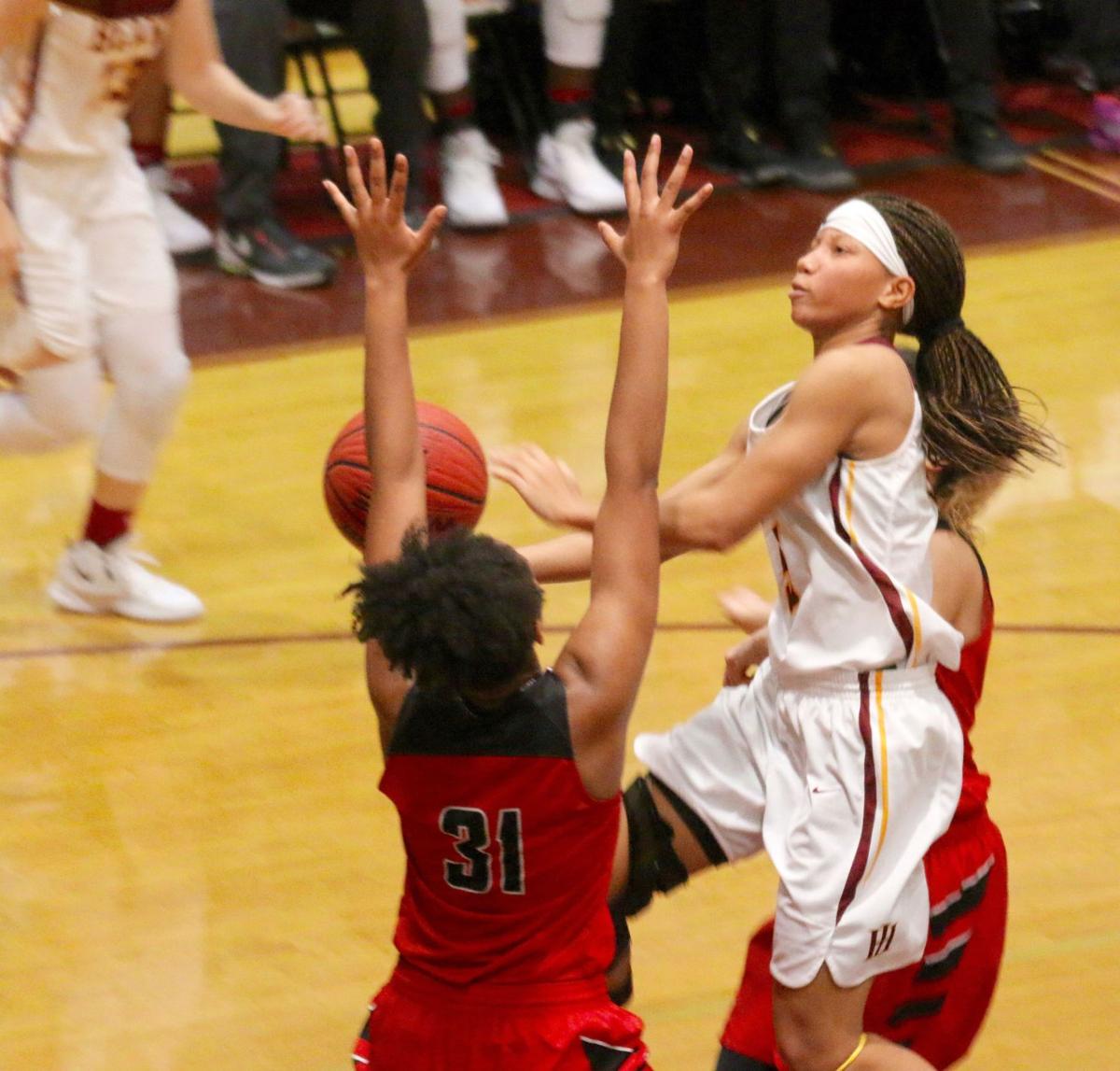 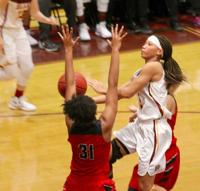 Holy Innocents’ girls’ basketball reached the mountaintop again as the program won its second consecutive Georgia High School Association (GHSA) state championship with a 66-53 victory over St. Francis in the Class A Private finals at the Macon Centreplex March 4. The Golden Bears’ previous state titles came in 1999, 2016 and 2019.

Jada Farrell scored a game-high 21 points and Jillian Hollingshead posted a game-high 14 rebounds with 11 points for a double-double. Rachel Suttle scored 19 points with nine rebounds for the Golden Bears.

St. Francis (28-4) led 16-15 at the end of the first quarter, but a 9-0 run by Holy Innocents’ (25-5) in the early portion of the second quarter paced the Golden Bears to a 31-27 halftime lead. Highlights of the run included a 3-pointer by Farrell and layups by Olivia Hutcheson and Naja Reeves.

The Golden Bears got off to a fast start in the third quarter, and Hollingshead’s layup at the 4:01 mark gave them the largest lead of the game at 43-27. St. Francis cut the deficit to 48-44 midway through the fourth quarter, but a layup by Suttle and a 3-pointer from Hollingshead on subsequent possessions increased the Holy Innocents’ lead to a comfortable margin through the rest of the contest.

Mia Moore and Savannah Samuel each had 11 points for the Knights, who were the top overall seed in the playoffs. St. Francis shot 35.8% from the field in the loss.

The Golden Bears finished the night shooting 43.4% from the floor. Holy Innocents’ grabbed more rebounds than the Knights (39-34) and led in points off turnovers (21-13).

The Golden Bears were the second overall seed in the playoffs and defeated Galloway, Eagle’s Landing Christian and Hebron Christian to reach the state finals.

Pace’s boys’ team also reached the finals in Class 3A. The Knights met Jefferson in the state finals March 5 in Macon, with results unavailable at the Neighbor’s deadline.

The Knights, who were the top seed from Region 5AAA, defeated North Hall, Beach, Monroe Area and Johnson (Savannah) to reach the finals.

Woodward’s boys advanced to the Class 4A finals with a 64-43 victory over Denmark in the semifinals at Fort Valley State Feb. 28. Woodward met Cross Creek March 6 in Macon, with results unavailable at the Neighbor’s deadline.

In the semifinals, the contest was tied at 29 midway through the third quarter before a 20-7 run by the Woodward gave it control. Walker Kessler had a game-high 21 points with 10 rebounds and six blocks to post a double-double in the victory. Will Richard and Jacorrei Turner each had 12 points, and Emory Lanier grabbed a game-high 12 rebounds for Woodward.

The War Eagles, who were the top seed from Region 4AAAA, defeated Spalding, Madison County, Sandy Creek and Denmark to reach the finals.

St. Pius X’s boys’ team saw its season conclude in the Class 4A semifinals with a 51-36 defeat to Cross Creek in Fort Valley Feb. 28. Devin Portee had a team-high 12 points for the Golden Lions, who were the top seed from Region 8AAAA and defeated Pickens, West Laurens and Americus-Sumter to reach the semis.

Wesleyan’s girls’ team ended its season with a 75-61 defeat to St. Francis in the Class A Private semifinals Feb. 28 in Milledgeville. Lauren Hill had a team-high 19 points, and Avyonce Carter had 16 for the Wolves, who were the fifth overall seed and defeated Trinity Christian and Stratford to reach the semis.

The Georgia High School Association held its traditional wrestling state championships at the Macon Centreplex Feb. 13 through 15, with severa…

For Hallie Schiff, what started out as a one-time bat mitzvah project has blossomed into an annual drive to donate 100 pairs of basketball sho…

Report: Rome man hit woman in the back of her head with a rock