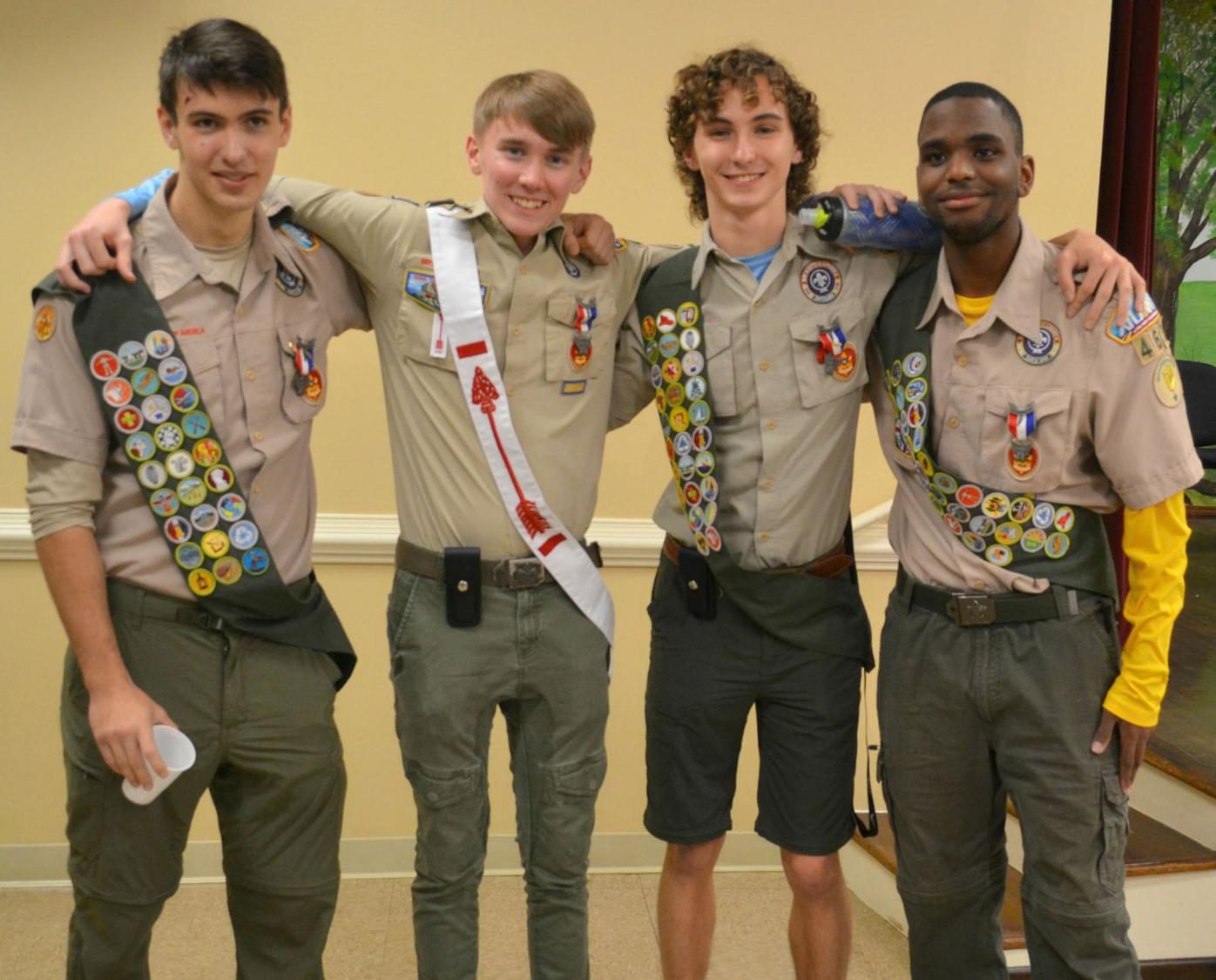 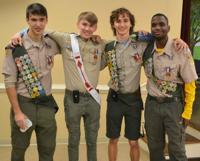 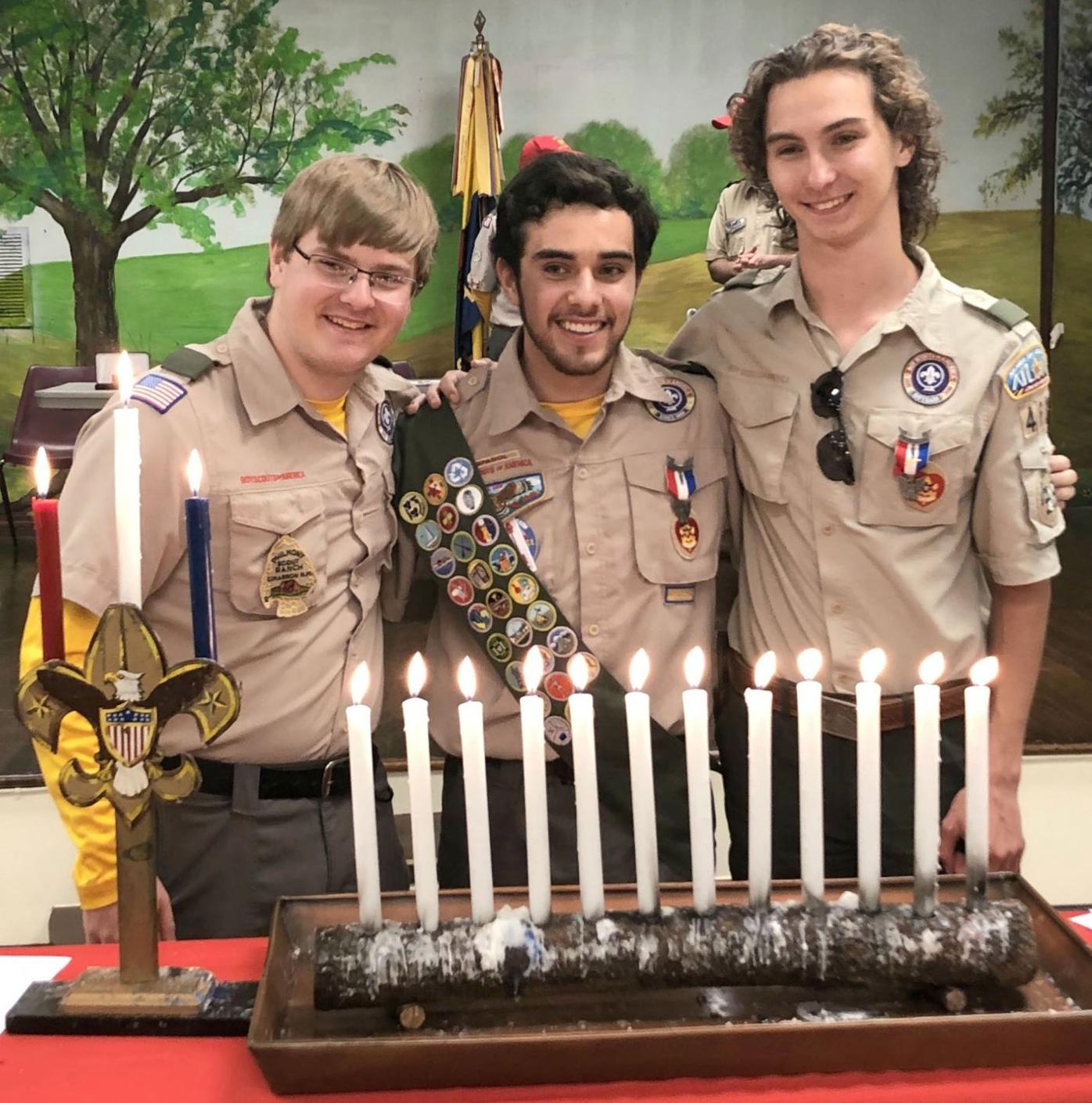 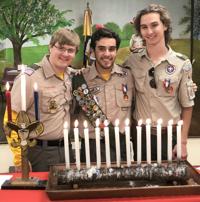 The six members of Troop 463, based at Sandy Springs United Methodist Church, are Jason Harvey, Ty Klein, Forrest Langill, Ricardo Ruiz, Weston Schwartz and Timothy Stewart. They are the troop’s 234th through 239th members to earn this rank.

“This is an outstanding and significant achievement for our scouts,” Troop 463 Scoutmaster Wayne Miller said in a news release. “Nationwide, only 5% of boys who start out in Scouting ever achieve this rank. Troop 463 has a legacy of keeping boys motivated, giving them great scouting experiences outdoors, teaching them about service to community, and keeping them focused on the rewards that come with the journey toward achieving the rank of Eagle Scout.”

Each Scout had to complete a community service project to earn his Eagle Award, and between 130 and 230 man hours were invested in each one.

Harvey is the son of Maria and Stuart Harvey and attends Mount Vernon School. For his Eagle project, he designed, planned, coordinated and supervised a mountain bike trail conservation project for the Chattahoochee River National Recreation Area’s Cochran Shoals park in east Cobb.

Klein is the son of Betty and Phil Klein and attends North Springs Charter High School. For his Eagle project, he supervised Troop 463’s scouts for three weekends to build 15 cubbies for Los Ninos Primero, a Latino educational learning program serving at-risk Hispanic preschoolers and their families. Klein also bought new book bags and filled them with school supplies for the 15 students.

Langill is the son of Jennifer and Kevin Langill and attends North Springs. For his Eagle project, he designed, planned, coordinated and supervised a revitalization/repurposing project of an old, worn-out garden area at Spalding Drive Elementary School in Sandy Springs.

Ruiz is the son of Olivia Sanchez and Salvador Ruiz and attends Riverwood International Charter School. For his Eagle project, he designed and managed the building of a raised outdoor classroom stage for the benefit of the church’s preschool.

Schwartz is the son Tom and Angela Schwartz and attends Mount Vernon. For his Eagle project, he designed and managed an extensive trail conservation and restoration project at the Dunwoody Nature Center.

Stewart is the son of Suzette and John Stewart and attends Riverwood. For his Eagle project, he designed, planned and coordinated the construction of an arbor entrance to the church’s Hitson Center.

On Feb. 29, Cobb County hosted over 500 Boy Scouts of America leaders from across the metro Atlanta area at the annual University of Scouting.