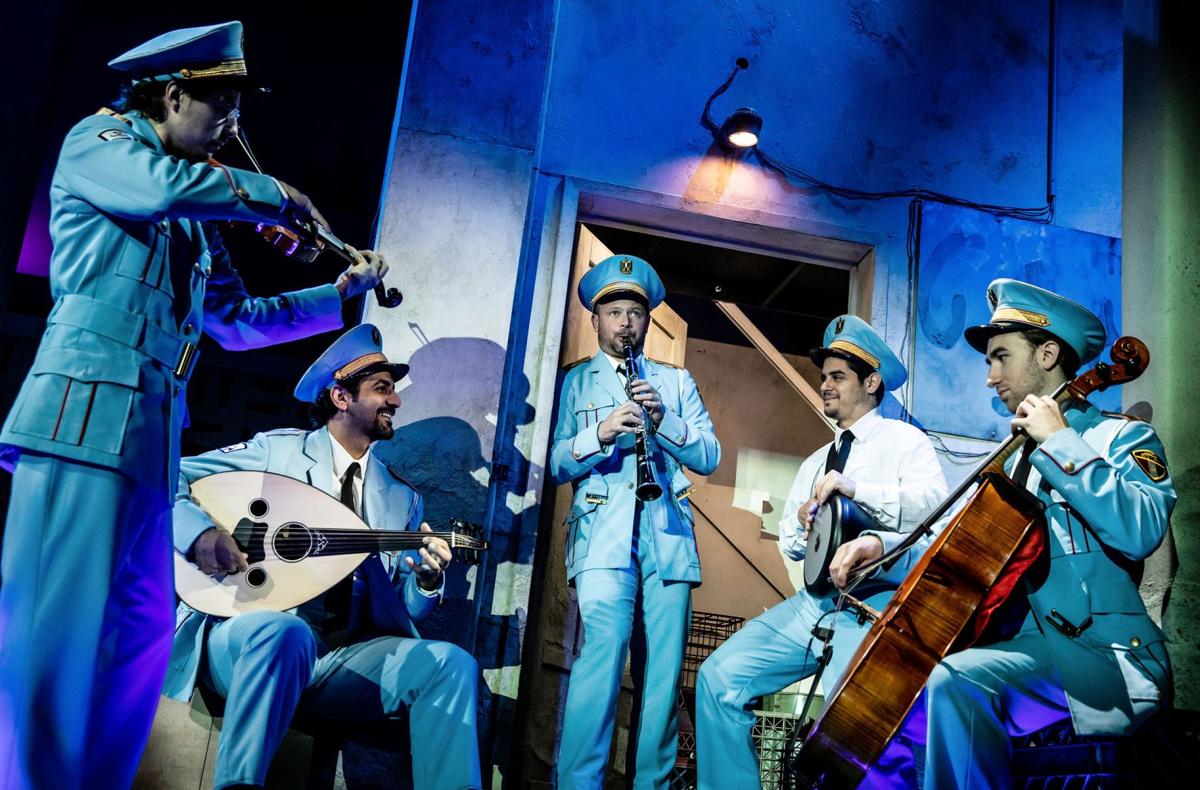 The cast acts out a scene in “The Band’s Visit.” 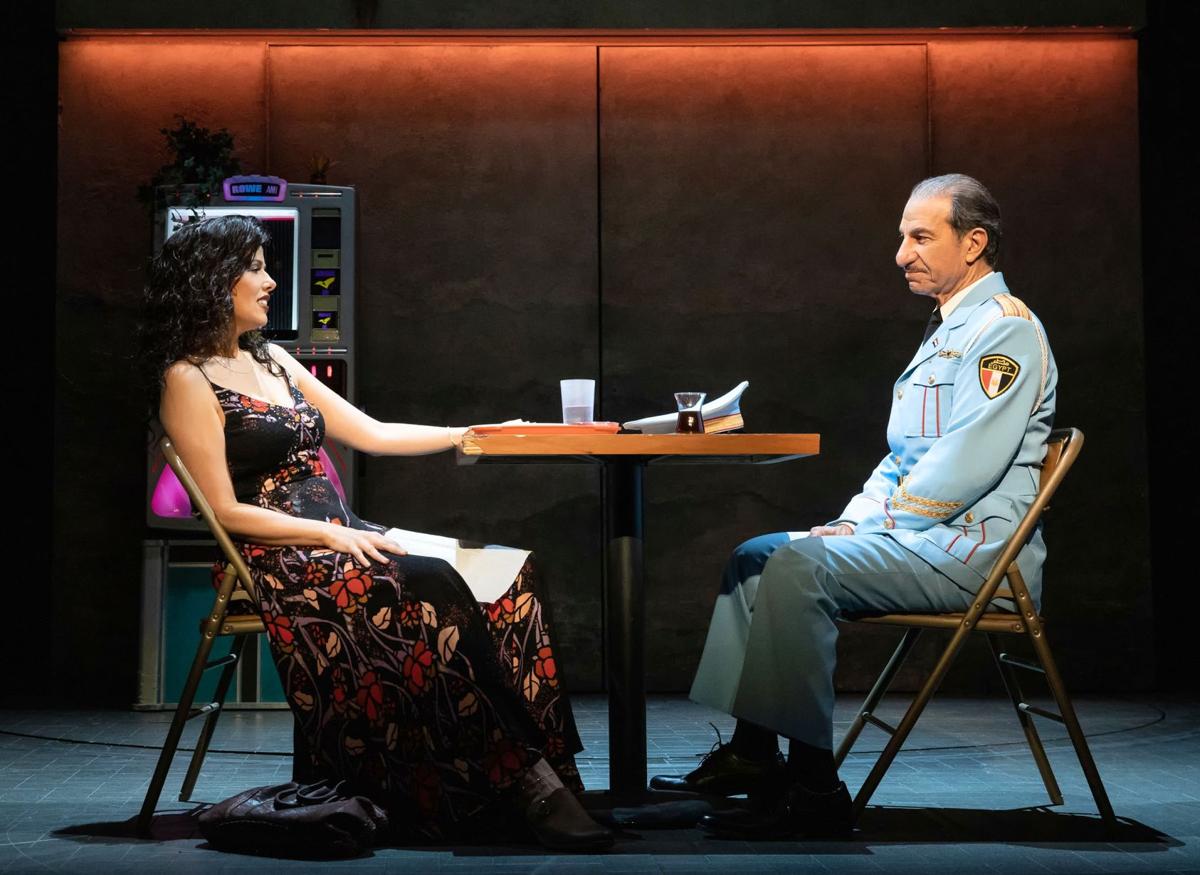 From left, Janet Dacal and Sasson Gabay act out a scene in “The Band’s Visit.” 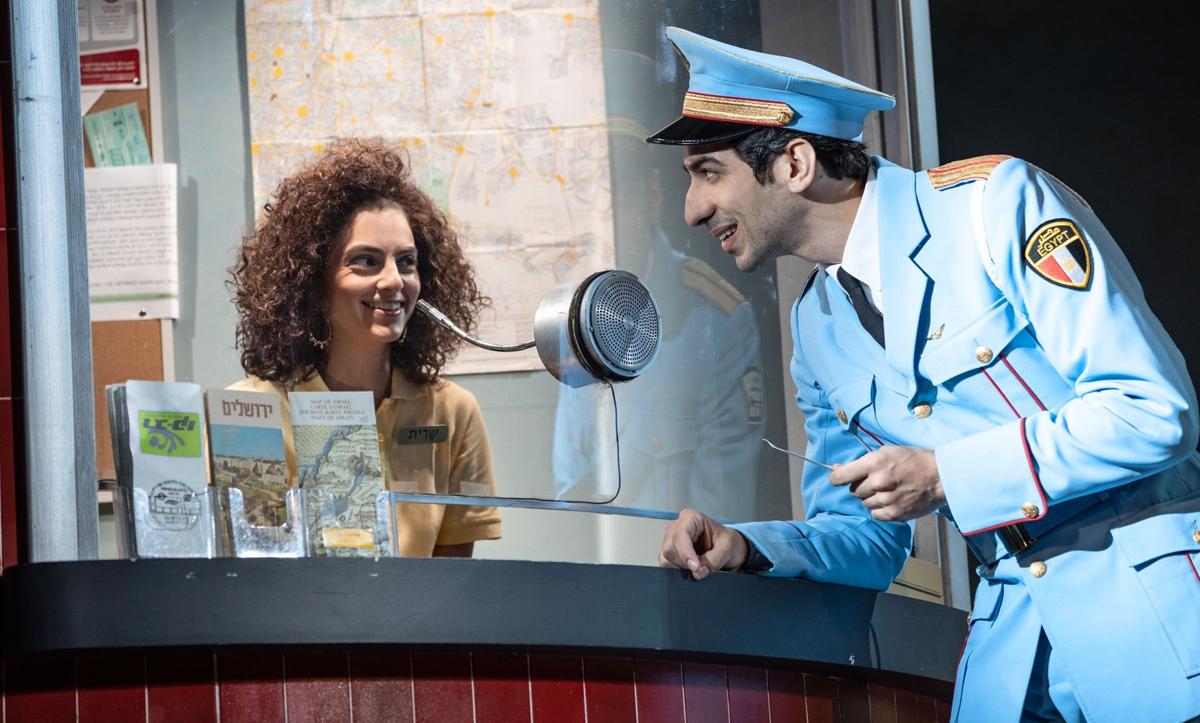 From left, Sara Kapner and Joe Joseph act out a scene in “The Band’s Visit.”

From left, David Studwell, Kendal Hartse, Pomme Koch and James Rana act out a scene in “The Band’s Visit.”

The cast acts out a scene in “The Band’s Visit.”

From left, Janet Dacal and Sasson Gabay act out a scene in “The Band’s Visit.”

From left, Sara Kapner and Joe Joseph act out a scene in “The Band’s Visit.”

From left, David Studwell, Kendal Hartse, Pomme Koch and James Rana act out a scene in “The Band’s Visit.”

Two of the actors in “The Band’s Visit,” the smash hit coming to the Fox Theatre in Midtown Jan. 21 through 26, said it’s like no musical they’ve ever seen or participated in before.

“What makes the show stand out for me is the characters in this show are some of the most human and real portrayals of regular life that I’ve ever seen on stage,” said Mike Cefalo, who plays Telephone Guy. “These people are longing for real everyday human ideals. Some people are lonely, some are dealing with a failed marriage. It’s just raw, human, simple connections displayed on stage. It’s just amazing.”

Janet Dacal, who plays Dina, added, “I would say this is a very unique theatrical experience. … It’s welcoming and culture-rich and joyful. So I would highly recommend coming to visit us while we’re in town. It’s humorous. It’s authentic. It’s visually and auditorily very beautiful. The music is very special and different than most Broadway shows I’ve either seen or been a part of.”

“The Band’s Visit’s” North American tour is stopping in town as part of the Fifth Third Bank Broadway in Atlanta series.

Based on the 2007 Israeli film with the same name, it premiered off Broadway in 2016 and on Broadway the following year, with the North American tour starting in 2019. The musical broke the all-time box office record at Broadway’s Ethel Barrymore Theatre twice. It stars Sasson Gabay as Tewfiq, the role he played both in the movie and on Broadway before joining the tour.

In 2018 “The Band’s Visit” won 10 Tony Awards, including Best Musical, Best Actor in a Musical (Tony Shaloub) and Best Actress in a Musical (Katrina Lenk). It also won the 2019 Grammy Award for Best Musical Theater Album, plus several honors from other organizations.

According to the musical’s overview posted to the Broadway Across America website, “In this joyously offbeat story, set in a town that’s way off the beaten path, a band of musicians arrive lost, out of the blue. Under the spell of the desert sky, and with beautiful music perfuming the air, the band brings the town to life in unexpected and tantalizing ways. Even the briefest visit can stay with you forever.”

Cefalo, a Pittsburgh native, and Dacal, who grew up in Los Angeles, both live in New York when not on tour. They will be visiting Atlanta for the first time, though Dacal said she once drove through the city.

She said she’s looking forward to “just getting to know the people and the locals and spending time in the culture.”

“From what I’ve seen, (the Fox) is quite beautiful and I’m thrilled to be able to perform there,” Dacal said. “ … I’m really excited Atlanta will have a chance to experience ‘The Band’s Visit,’ particularly at the Fox Theatre.”

Said Cefalo, “I’ve heard the Fox Theatre is actually quite stunning. And I’ve never really been to the South, so I’m just excited there will be good weather. I just had a friend move there from New York and a couple of family members (live) there.”

Cefalo said “The Band’s Visit” wowed him when he first saw it on Broadway.

“My jaw was on the floor,” he said. “It’s like when you see an indie movie you don’t know anything about and there’s a lot of hype about it, and it … delivers. It’s nothing like another Broadway musical. It’s not splashy or over the top. It’s a slice of real life that is elevated in such a way that it’s an insanely captivating story.

“It’s heightened in all ways by the music by David Yazbek and this beautiful sense of music directed by Patrick McCollum, our choreographer. Our director, David Cromer, knew exactly the way to kind of frame and articulate this (idea). All the pieces come together to give a uniform aesthetic that we created. This tone kind of carries the whole show and you can’t take your eyes off of it.”

Tickets start at $35. For more information or to purchase tickets, visit atlanta.broadway.com.

Single tickets for ‘Hamilton’ at the Fox Theatre on sale Dec. 2