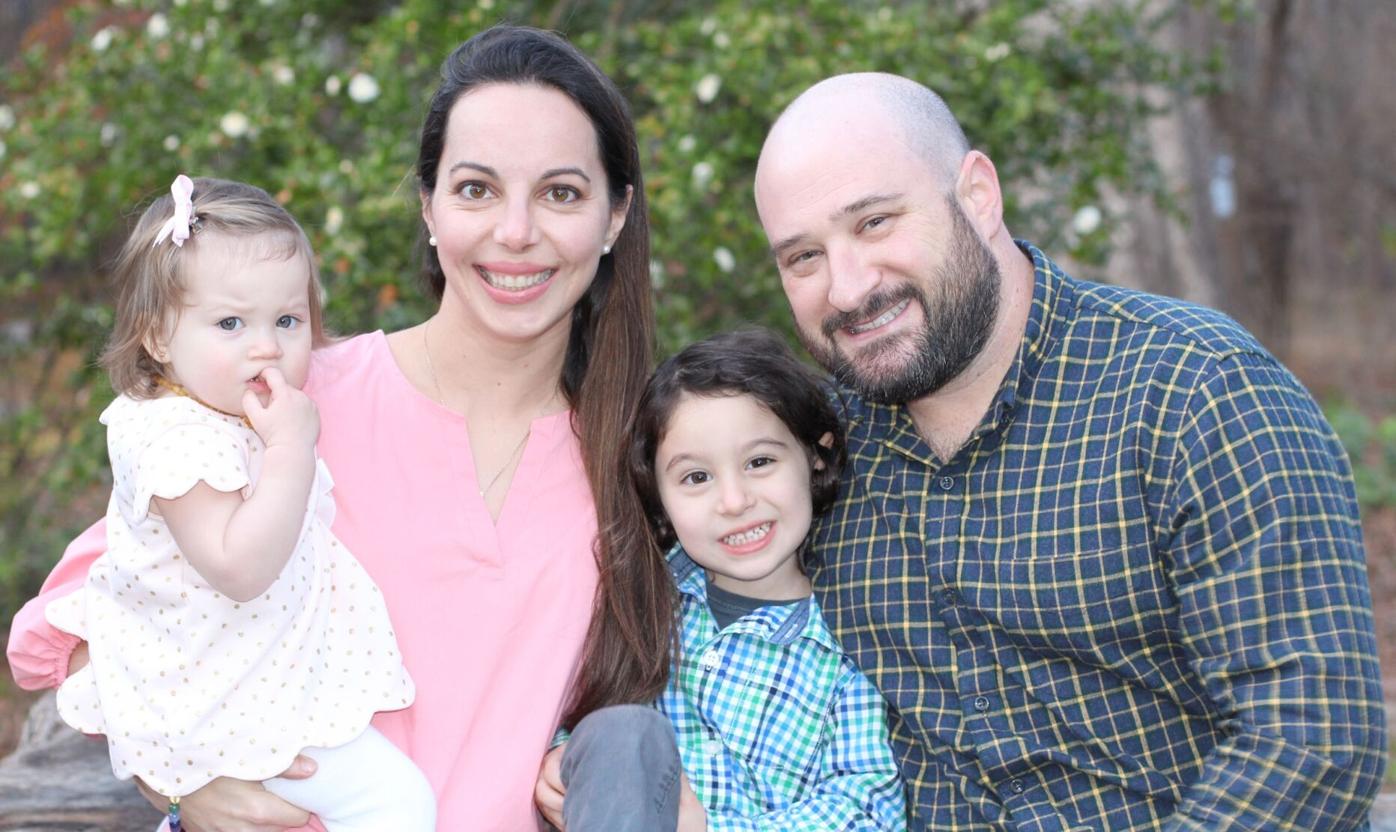 Margot Carvallo, second from left, co-founded Juliet and the Elf with her cousin, Juliet Borges. Carvallo is pictured with, from left, with her children, Olivia and Gavin, and her husband, Greg. 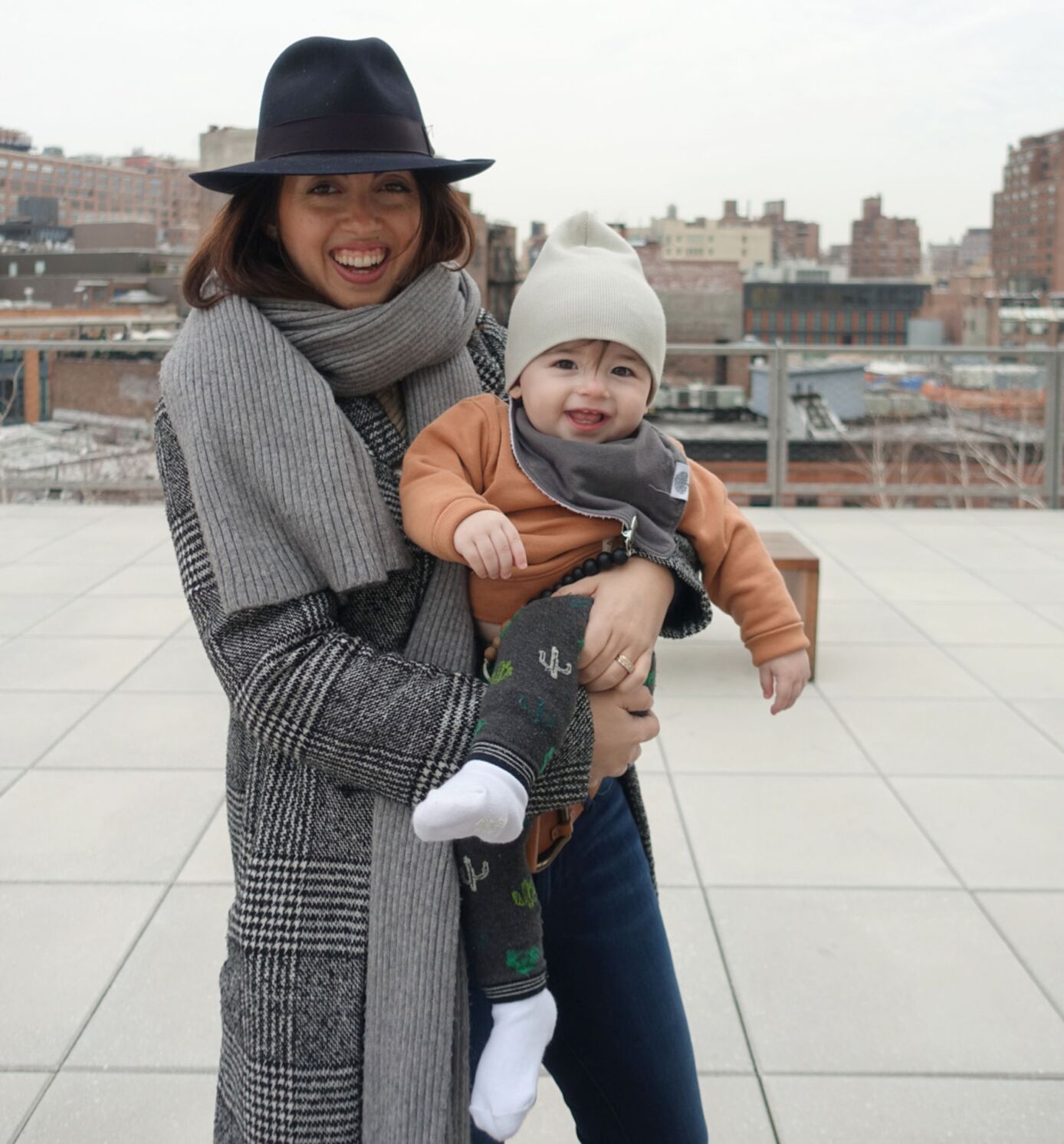 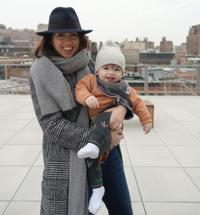 Juliet Borges holds with her son, Marcel. Borges co-founded Juliet and the Elf with her cousin, Margot Carvallo.

Margot Carvallo, second from left, co-founded Juliet and the Elf with her cousin, Juliet Borges. Carvallo is pictured with, from left, with her children, Olivia and Gavin, and her husband, Greg.

Juliet Borges holds with her son, Marcel. Borges co-founded Juliet and the Elf with her cousin, Margot Carvallo.

A Sandy Springs mother of two has co-founded a new business that offers a free playlist of classical and jazz music for young children.

Margot Carvallo, who has a son, Gavin, 4, and a daughter, Olivia, 20 months, and her cousin, Juliet Borges, who lives in New York and has a son, Marcel, 3, started Juliet and the Elf, a company that emails subscribers a playlist every two weeks. It’s named after Juliet and her son, who she nicknames “the Elf.”

The idea for the business began in September 2019, when Carvallo called Borges, a former soprano opera singer who today works as an experimental music composer, for advice on what to songs play for her children. It was launched in July.

Also, studies have shown that young children’s brains can develop faster by listening to classical and even jazz music, and older children and adults can also benefit from it.

“I’ve always liked classical music and I always wanted to expose my kids to it, and I wanted them to know something other than kids’ music,” Carvallo said. “I wanted them to understand the type of music to benefit (from) it. Juliet having that knowhow, I thought it was something to take advantage of and something very important to create material we could share. …

“There’s a universe in complex music that’s kind of hard to tackle because you don’t know where to begin or how to begin. Juliet has that knowhow, and throughout that we were able to simplify it for regular human beings like me with kids to have a way to process it routinely without having to research and sit down with all that time to learn how to do it. Here you have it. Just play it and have family time.”

Borges said she had already been posting videos on social media with jazz and classical music playing in the background.

“(It) was resonating with other parents with (my) personal social media with my son, and I started taking a closer look at what I was doing and if there was anything there I could share,” she said. “I didn’t feel like an expert of any sort, being a new mom of one child. … I was getting friends asking me one or two days a week, ‘What should I play? What should I play when my kids are doing homework?’ Maybe this is something people are connecting to and I stated researching what is out there as far as music with children.

“We noticed there’s a narrow view on what is offered to kids, and it’s limited to music ‘made for children.’ We felt like there was a big gap out there, and we felt it was a good opportunity to expose them to culture, and we discovered scientifically that there was a background to it to complex music, with the benefits to children’s brain development and behavioral development by listening to complex music.”

The service works this way: anyone can subscribe to Juliet and the Elf by visiting its website (julietandtheelf.com) and signing up for emails to be sent every two weeks with a new playlist. The first 15 playlists will be offered free on Spotlify to all subscribers, and additional ones will be available for a fee.

The two moms said they chose jazz and classical music because they are considered “complex music,” or songs with multiple layers of sound/information.

“(It’s) music … that babies and children have to process and work a little harder to process: polyphony, harmony, complex rhythms, lots of different instruments, different sounds and patterns that don’t repeat,” Borges said. “That specifically happens in jazz and classical music. Pop music, rock music, they’re all based on much shorter patterns and smaller rhythms and repeated harmonies. Jazz is unpredictable and the keys change constantly.”

Carvallo said Juliet and the Elf has 2,000 members and hopes to one day have over 1 million. She said the playlists have done wonders not only for her children but also for her, especially amid the COVID-19 pandemic, where parents are home with their kids longer than normal.

“(Also) I stated using the sleep time or the bedtime playlist with Livi, and it got to a point where I even called Juliet and said, ‘This is wicked.’ I didn’t even press play on the playlist and she was (asleep). Three notes of the first song, and she was down.”

Borges added, “We’ve heard from lots of people who have told us it helps keep their Zoom-weary children focused and in a good mood. And people who have started home-schooling or Zoom (classes) have been able to divide their day into sections using music as a tool to define (when they will have quiet/homework time and when they’ll take a break to exercise or dance). They’ve used music as a definition of the day. …

“(Also) if it makes the parent feel better, it will help the kids, too. This music is for everyone; it’s not just for kids. Music is so powerful it will inevitably affect the mood of everybody in the room. … In this long hard year, parents need something to keep their head up. I have heard parents say, ‘The music first helped me, and as soon as it helped me, I was able to help them.’”

In testimonials, other parents talked about the playlists’ benefits.

“(My son) played independently for almost two hours while listening! I couldn’t believe it – that has definitely never happened before – I really enjoyed it too!” Kate Kruger said.

Dan Christopherson added, “Your playlists keep my Zoom-weary first-grader on track and it’s amazing. It’s all the music I’ve never known enough to venture into.”

For more information on Juliet and the Elf or to subscribe, visit julietandtheelf.com.