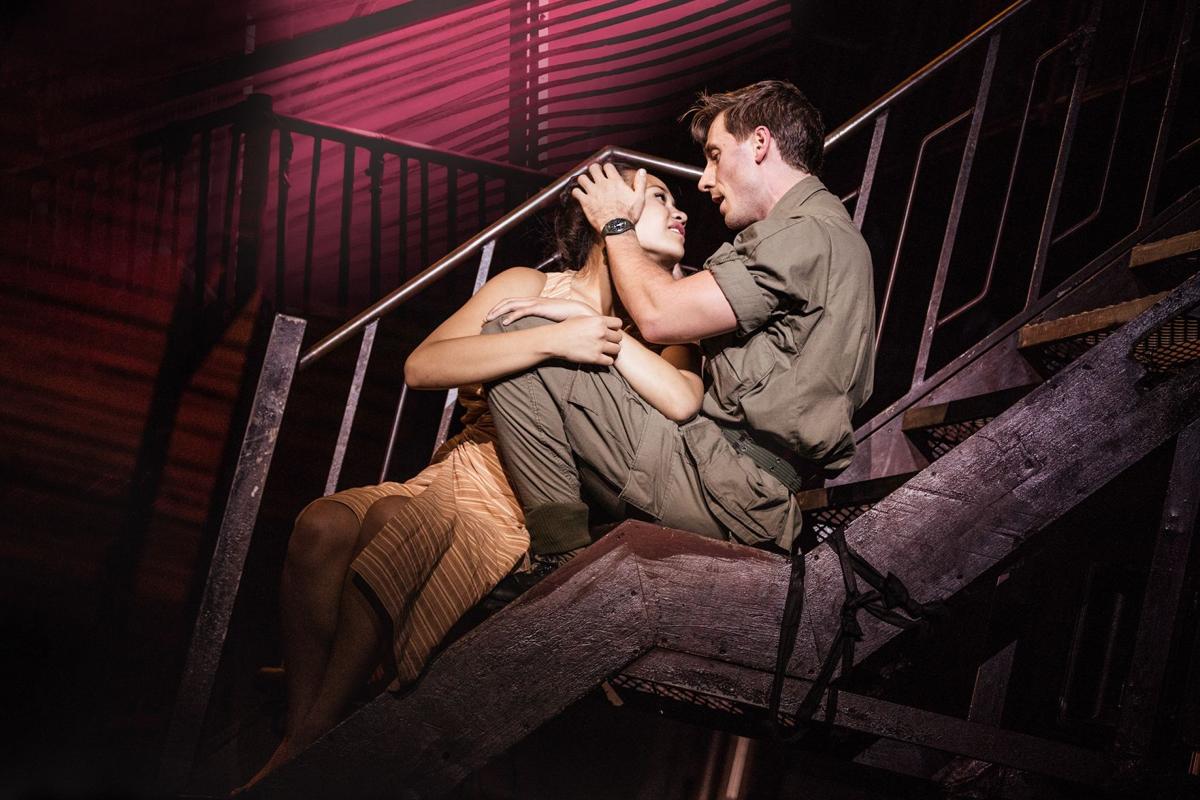 From left, Emily Bautista (Kim) and Anthony Festa (Chris) embrace as they sing “Sun and Moon” in the North American Tour of “Miss Saigon.” 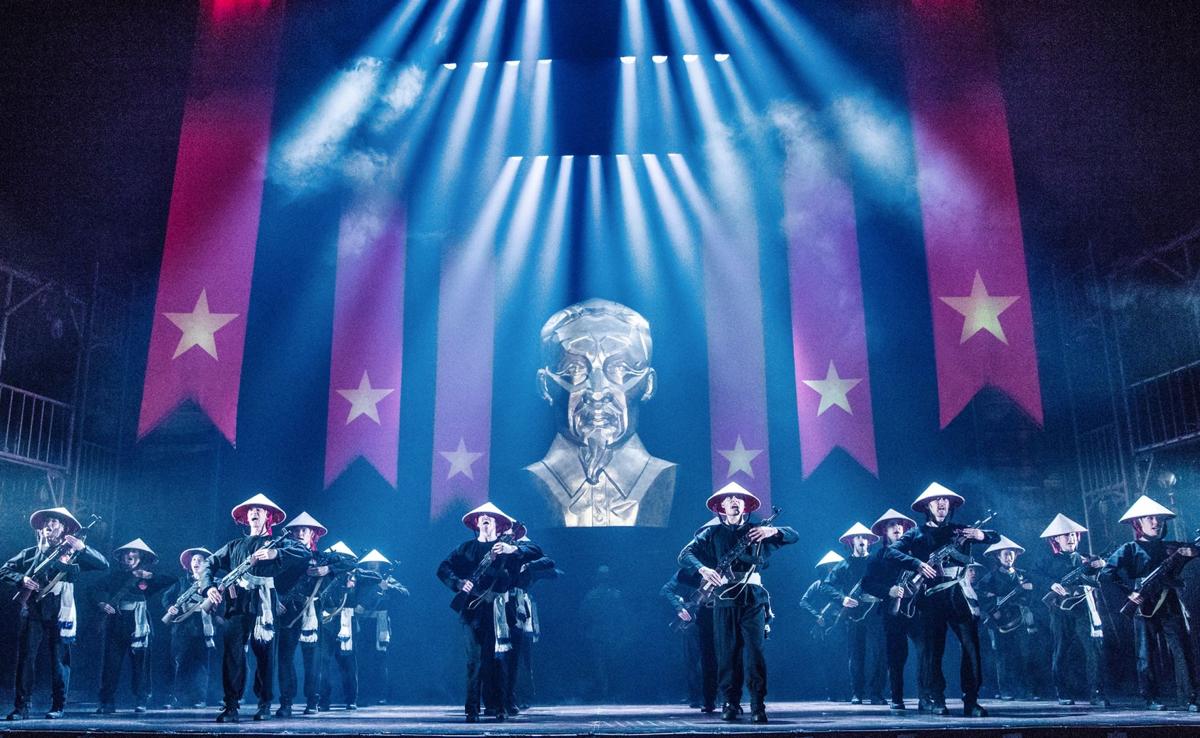 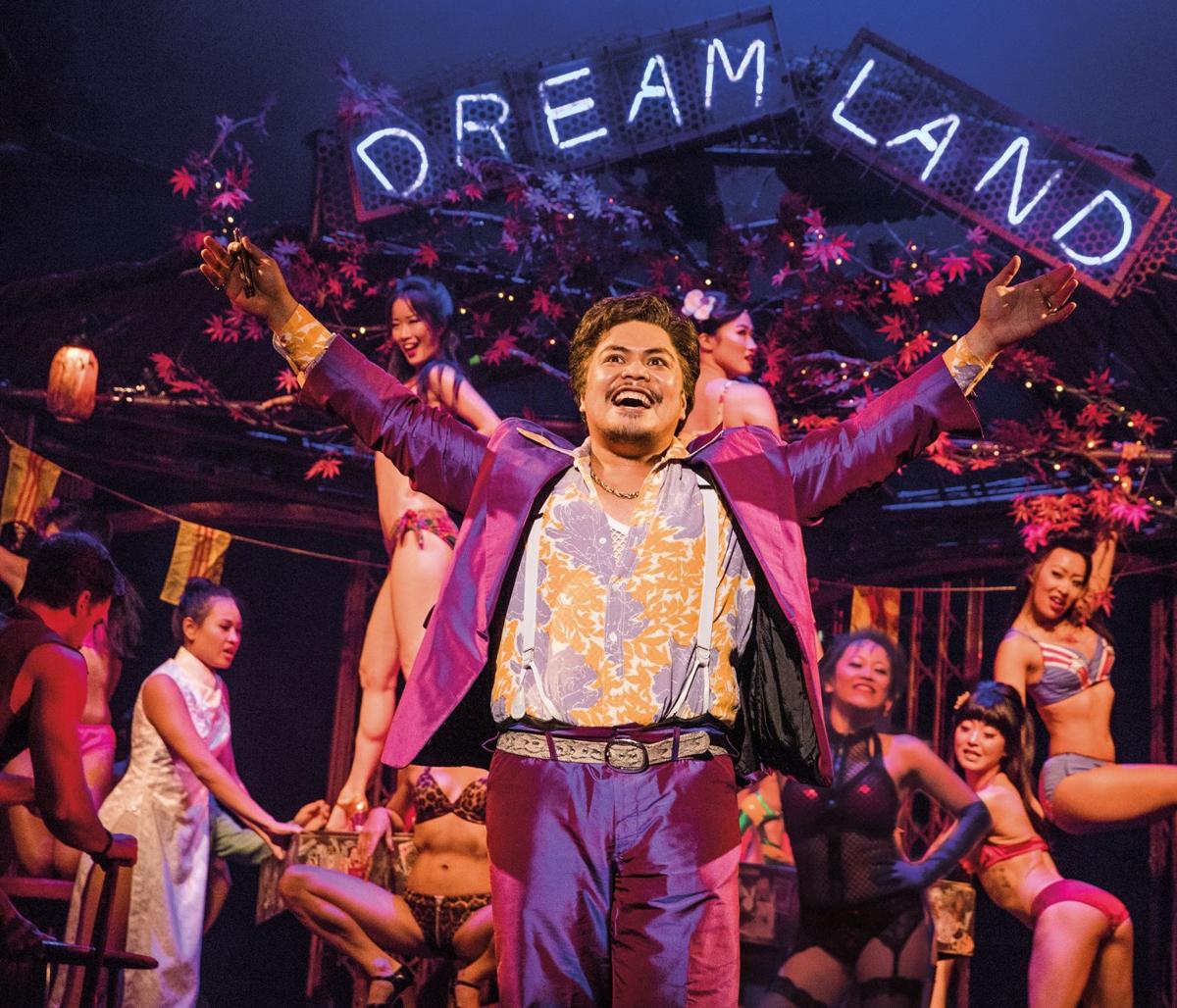 With the cast behind him, Red Concepción (The Engineer) acts out a scene in the North American Tour of “Miss Saigon.” 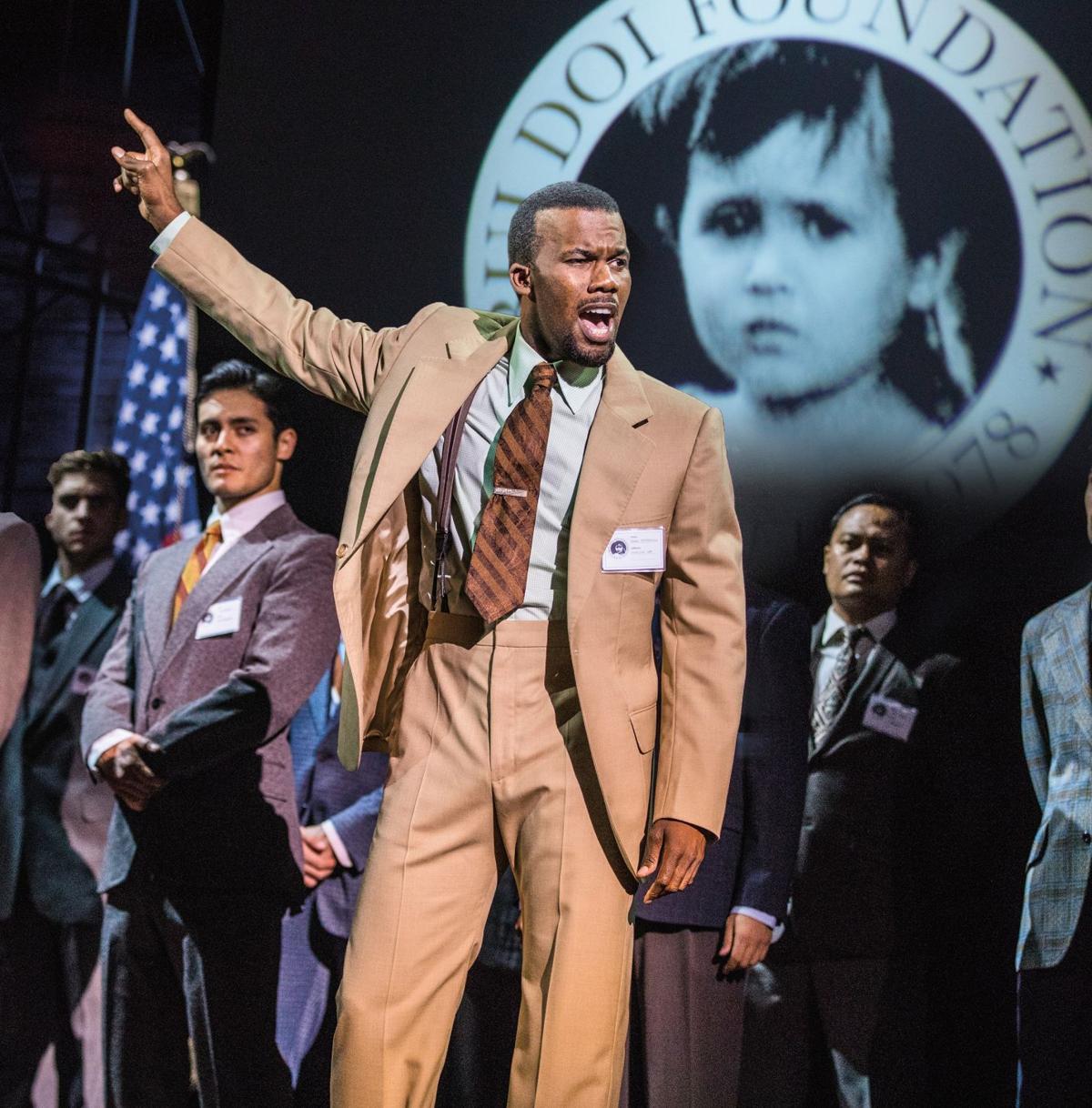 From left, Emily Bautista (Kim) and Anthony Festa (Chris) embrace as they sing “Sun and Moon” in the North American Tour of “Miss Saigon.”

With the cast behind him, Red Concepción (The Engineer) acts out a scene in the North American Tour of “Miss Saigon.”

This article was updated March 16 at 11:18 a.m. with news that "Miss Saigon" has been postponed due to health concerns over the coronavirus.

“Miss Saigon,” the musical coming to the Fox Theatre in Midtown March 17 through 22 as part of the Fifth Third Bank Broadway in Atlanta series, still resonates 31 years after it debuted.

“If anything, the tragic love story at the heart of the show has become even more relevant today with innocent people being torn apart by war all over the world,” producer Cameron Mackintosh said in a news release.

“Miss Saigon” is a musical that premiered on the West End in London in 1989 and on Broadway two years later. When it opened April 11, 1991, it had the largest advance sale in Broadway history ($37 million).

The show played for almost 10 years with 4,111 performances and was seen by more than 5.9 million individuals. Its first U.S. tour started in 1992 and the current North American tour began in August 2018.

It won three Tony Awards: Actor in a Musical (Jonathan Pryce), Actress in a Musical (Lea Salonga) and Actor in a Featured Role (Hinton Battle). Its 2017 Broadway revival was nominated for two Tonys but won none.

Based on Giacomo Puccini’s opera “Madame Butterfly,” “Miss Saigon” is a tragic tale about Kim, a young Vietnamese woman orphaned by the Vietnam War who must work in a bar owned by a notorious man named The Engineer. There she meets and falls in love with Chris, an American soldier, but they are torn apart by the fall of Saigon.

The actors playing the lead roles in “Miss Saigon,” who each have been with its North American tour since its inception, said they were forever changed in September by visiting Ho Chi Minh City, formerly Saigon.

“It was a beautiful experience,” said Anthony Festa, who plays Chris. “We got to walk around the streets of Vietnam. It completely changed my performance and my outlook on the show in general.

“We visited the War Remnants Museum, and it was there I learned lot about a different perspective on the war and a different side of the war and the chaos the war creates, right in my face. It definitely informed my character a lot. … We also got to crawl through the Cu Chi tunnels, which were the tunnels the Vietnamese built into the ground to survive.”

Emily Bautista, who plays Kim, added, “I think I wanted to really say I’ve been to Vietnam. I know what it’s like to walk down the streets of Ho Chi Minh City. For me it was the museum as well and learning about the war. I think I learned a lot more about the war from being in Vietnam than when I was growing up.

“It reminded me that my character is based off of real people, real events. Even meeting people on the street and experiencing the culture and the kindness, I was able to create a character in a three-dimensional way from what I’ve seen.”

Bautista, a native of Simsbury, Connecticut, and Festa, who grew up in Saratoga Springs, New York, both live in New York City when not on tour. Bautista was a member of the ensemble cast for “Miss Saigon” in its Broadway revival before joining the tour.

Both actors said they’re looking forward to visiting Atlanta since their only experience in the city has been layovers at Hartsfield-Jackson Atlanta International Airport.

“I’m a big foodie and I like to get into the culture of the city. … I enjoy being in a big city again and miss city life,” Bautista said.

Festa, who said he’s performed at St. Louis’ Fox Theatre, is looking forward to doing the same in Atlanta’s Fox. “I hear you guys have a beautiful and large venue and wonderful and receptive audiences who love to hear a story. I’m excited to let them hear our story,” he said.

Both said “Miss Saigon” is a show you won’t want to miss.

“Keep your hearts open and I hope you enjoy our show and you should definitely come check us out,” Bautista said.

Festa added, “I hope the audience will embrace our story and learn from it and grow from it. It’s very historically accurate and after visiting Vietnam firsthand, I always try to bring that nuance to the stage as well.”

Single tickets for ‘Hamilton’ at the Fox Theatre on sale Dec. 2

For its 40th anniversary season, the Fifth Third Bank Broadway in Atlanta series will host new blockbuster musicals ranging from “To Kill a Mo…