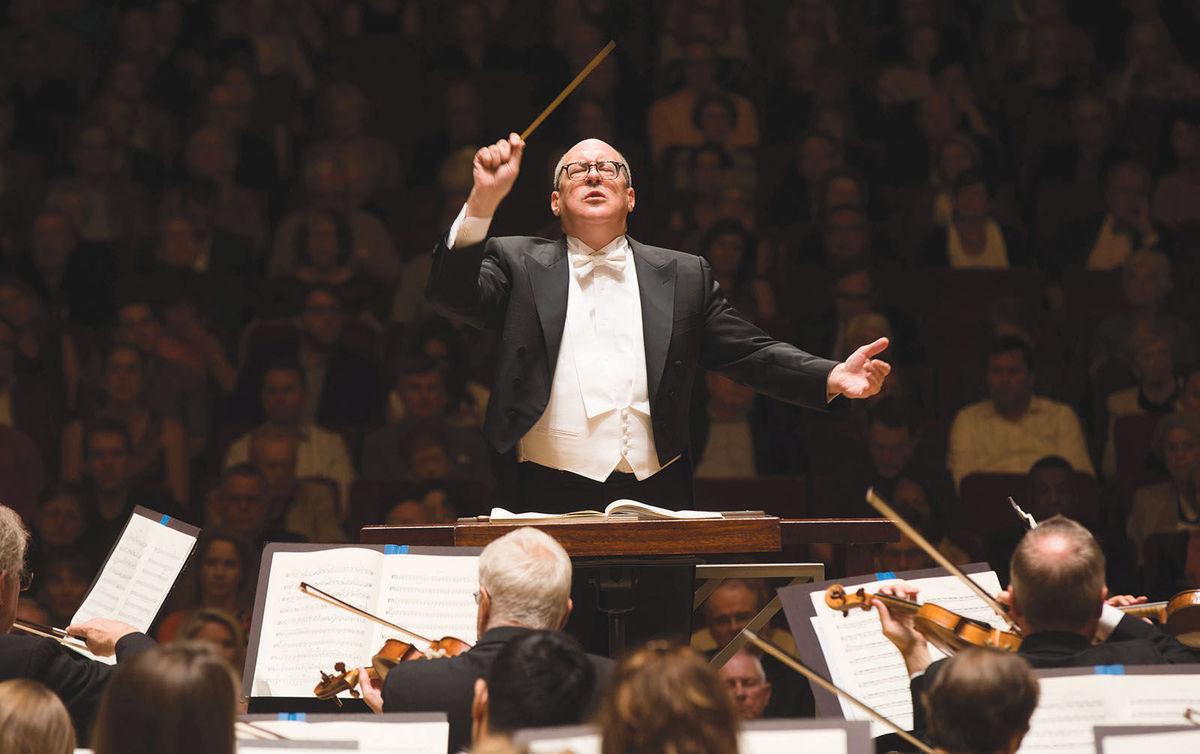 Robert Spano, musical director of the Atlanta Symphony Orchestra, conducts the orchestra at a previous concert. 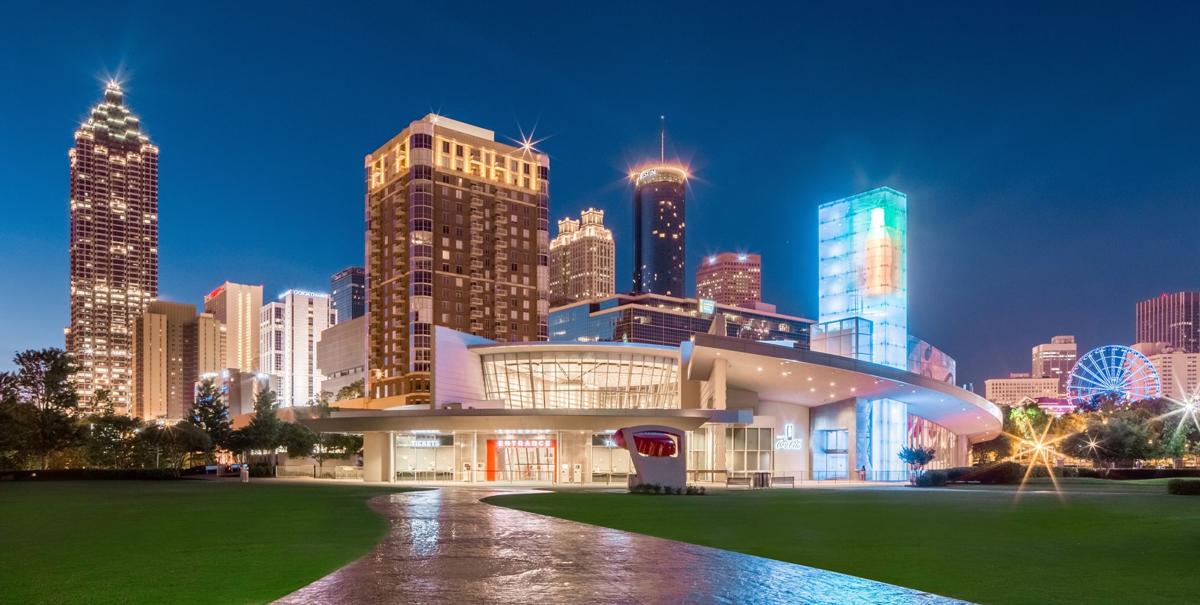 The World of Coca-Cola is illuminated with the downtown Atlanta skyline at night.

Robert Spano, musical director of the Atlanta Symphony Orchestra, conducts the orchestra at a previous concert.

The World of Coca-Cola is illuminated with the downtown Atlanta skyline at night.

This article was updated Dec. 23 at 6:04 p.m. with the Tracy Young concert at Ten Atlanta added.

New Year’s Eve events around the city will offer residents many ways to party their way into 2020. The following events will take place Dec. 31 unless otherwise noted:

City Springs, One Galambos Way in Sandy Springs, will host its New Year’s Eve at 8 p.m. at the Byers Theatre, where the Atlanta Symphony Orchestra will perform. Tickets are $60 to $75 and include one free beverage.

For an additional cost, the event will include a pre-concert VIP dinner that will include salad, prime rib, a build-your-own pasta station, vegetables and dessert. VIP tickets, which include both the concert and the dinner, are $150 per person. For an extra $20.20, one can get the Decadent Dessert, an extra dessert offered during intermission or after the concert.

The Park Tavern, 500 10th St. in Midtown, will host The MTV '80s Experience New Year’s Eve party for ages 21 and over from 9 p.m. until 2 a.m. with an all-inclusive celebration featuring live music from Electric Avenue, an '80s tribute band, and tunes from DJ NAKD in the Piedmont Room.

The event will include an open bar and food including hors d'oeuvres, tacos, sliders, sushi and s’mores. At midnight, guests will be treated to a champagne toast and can dive into a breakfast buffet that includes Krispy Kreme Doughnuts, breakfast burritos and much more.

General admission tickets are $115, and the Ultimate VIP Experience tickets are available for $200. VIP passes include early entry; champagne, oysters, sushi and other delectable food; an intimate acoustic set with Electric Avenue, a meet-and-greet session with the band; unique photo opportunities and admission to the main party. Tickets will go up in price as the event approaches.

The Painted Pin, an upscale boutique bar, bowling and entertainment venue located at 737 Miami Circle in Buckhead, will host its New Year’s Eve party from 7 p.m. to 2 a.m. It will include a performance by the Larry Griffith Band.

Alcoholic beverages will be available for purchase, and there will be a champagne toast and balloon drop at midnight. There is a $20 cover charge. Bowling will be $35 per lane per hour, with a limit of two hours at a time per lane. Shoe rental is $4.50.

Whiskey Blue, located on the roof of the W Atlanta-Buckhead hotel, 3377 Peachtree Road, will host GG 2020, its New Year’s Eve party, from 9 p.m. to 1 a.m. with drinks, dancing, music by DJ Princess Cut and a complimentary midnight champagne toast. General admission tickets are $112 and table reservations are recommended. VIP tickets can be purchased by calling 678-500-3190 or emailing craborn@gerberbars.com.

The Georgia Aquarium, 225 Baker St. in downtown Atlanta, will host the Splashing '20s, a New Year’s Eve celebration, from 8:30 p.m. to 1 a.m. It will include free beer and wine, a cash bar for cocktails, live music, a DJ, party favors, dinner, late-night bites and a champagne toast at midnight.

Guests may view tens of thousands of aquatic and marine life in the world’s largest aquarium. General admission tickets are $160 per person but VIP tickets are sold out.

Now through Jan. 1 at the World of Coca-Cola, 121 Baker St. in downtown Atlanta, visitors can view the attraction’s holiday celebration. It includes a 28-foot-tall walk-through ornament of holiday lights and samples of the limited-time beverage Sprite Butter Toffee and a selfie station with the Coca-Cola Polar Bear.

Through Jan. 5, Centennial Olympic Park, 265 Park Ave. W in downtown Atlanta, will host the Atlanta Chinese Lantern Festival at 6 p.m. each night. This year’s festival, themed "Into the Wild," will feature handcrafted lanterns of more than 25 different kinds of animals on both land and sea, including depictions of endangered species highlighting the importance of animal protection.

It will also include merchandise booths, Asian food, drinks and dancers and other artists performing. Tickets are $17 for adults, $13 for children 3 to 12 and free for kids under 3.

The Red Door Tavern, 3180 Roswell Road in Buckhead, will host its New Year's Eve celebration at 8 p.m. It will have free admission and will include live music, $3 Stoli drinks, a complimentary champagne toast at midnight and more.

With a new look created by celebrity designer Anitra Mecadon in honor of the nightclub's 25th anniversary, the venue will host guests dancing to the sounds of DJ Danny M while enjoying a champagne toast, party favors, midnight snacks, a balloon drop at midnight and much more.

Early bird general admission tickets are available starting at $30 and will increase to $40, along with early bird all-inclusive tickets starting at $90.

DJ Tracy Young, the first woman to be nominated for a Grammy Award in the Best Remixed Recording category, will perform New Year’s Eve at Ten Atlanta, 990 Piedmont Ave. in Midtown. Young, who is nominated for the 2020 Grammy for Madonna’s “I Rise” Tracy Young Pride Remix, has had over 60 No. 1 Billboard Club Chart Hits.

She also worked with Michelle Obama on her “This is for my Girls” song. Young is also a producer, remixer, composer, entertainment correspondent and on-air radio personality for iHeart Media.

David Fisch was a skinny, 18-year-old college freshman when he started working for Big John’s Christmas Trees in Atlanta in 1987, after a frie…

These Buckhead and Sandy Springs churches have announced their Christmas services

Local churches are planning for their annual Christmas services on Christmas Eve and Christmas Day Dec. 24 and 25, respectively, unless otherw…

Nadine Turner said she felt nothing but warmth at Christmas Kindness, an outreach program of Peachtree Road United Methodist Church in Buckhead.