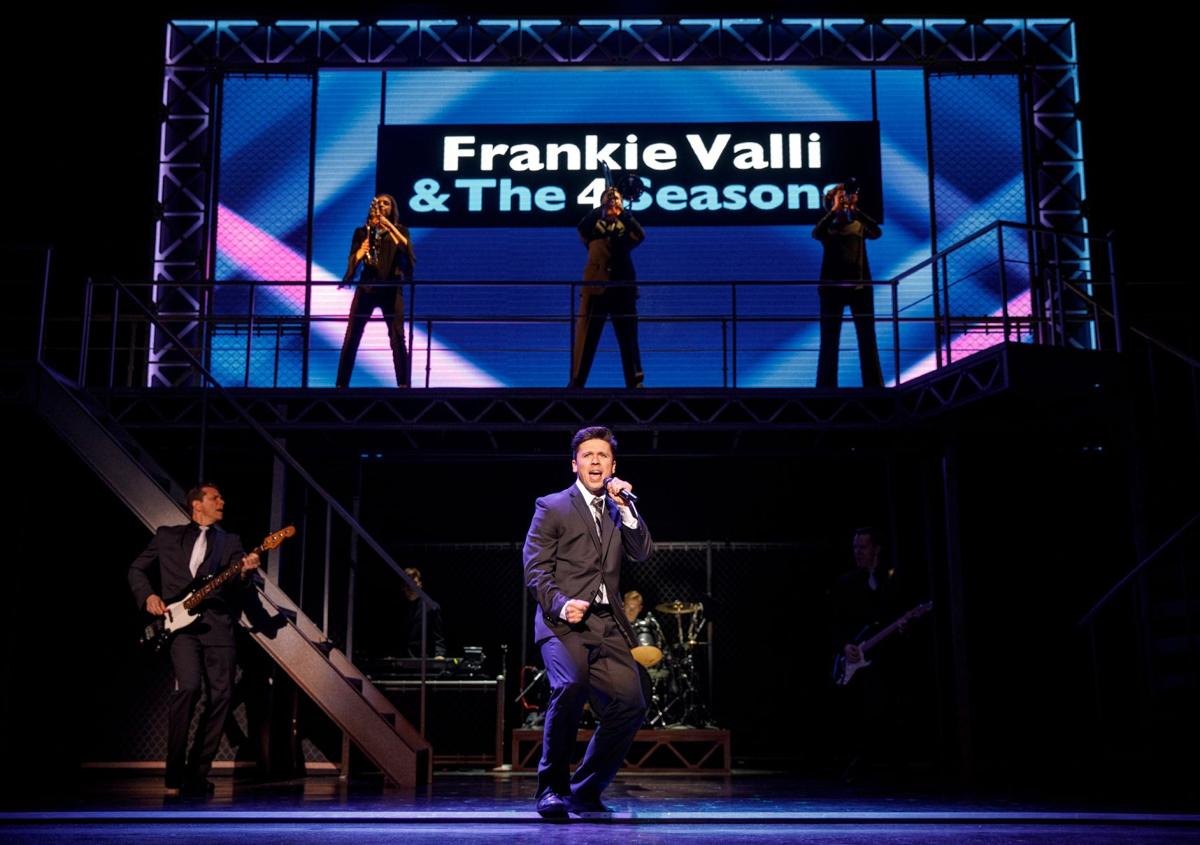 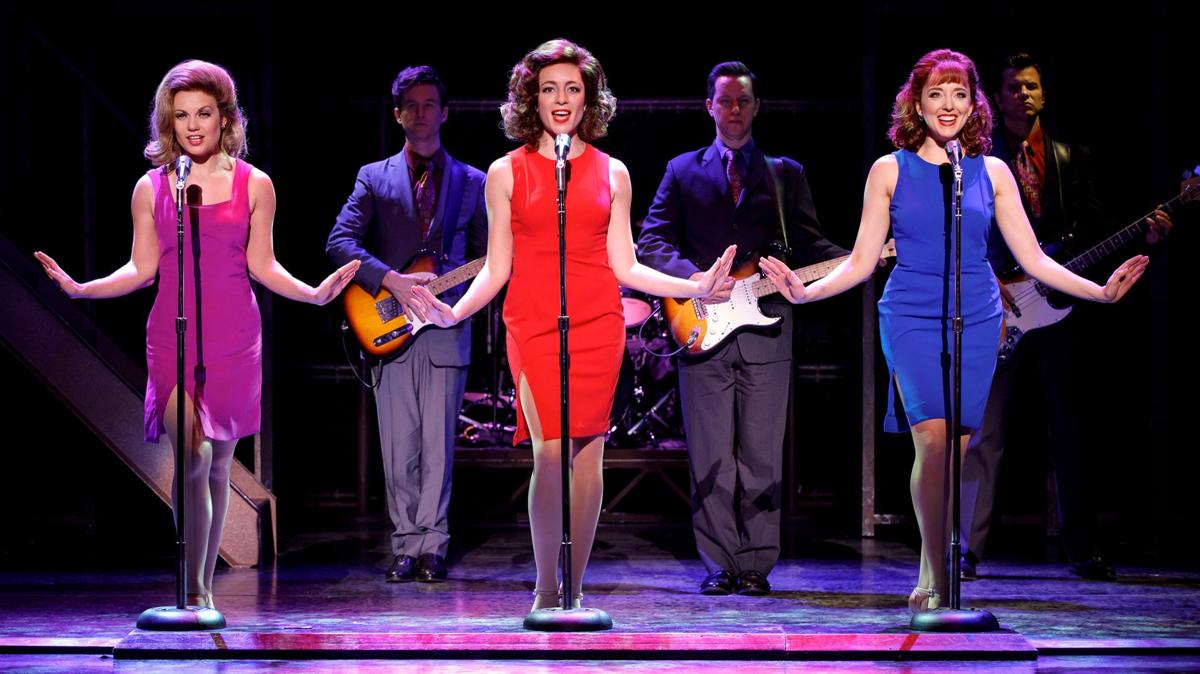 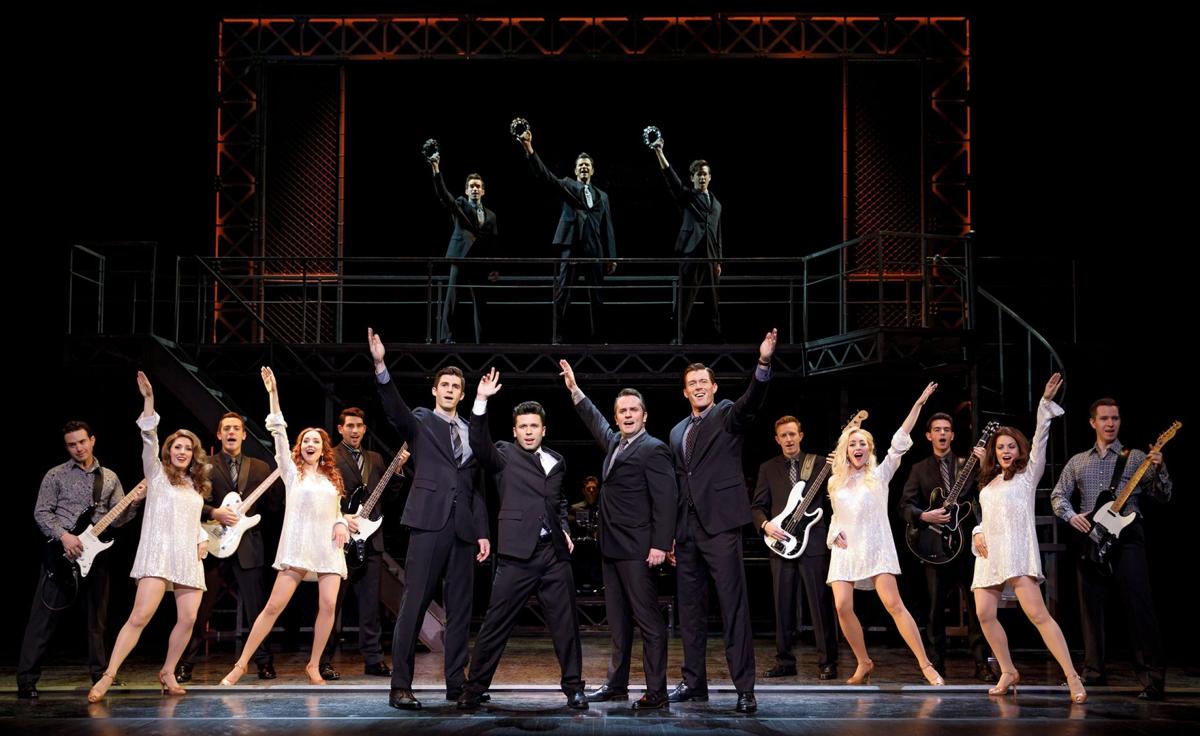 Frankie Valli and the Four Seasons, played by Eric Chambliss, Jonny Wexler, Corey Greenan and Jonathan Cable, and the rest of the cast of “Jersey Boys” perform the musical’s finale. 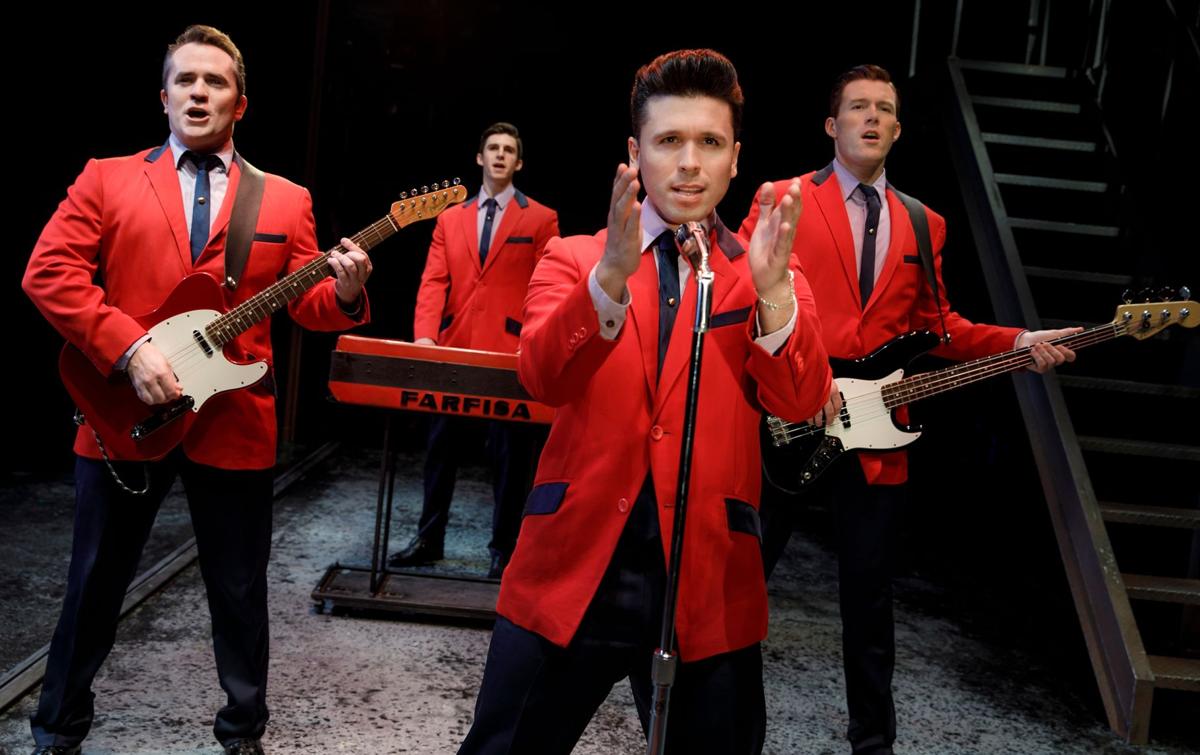 Frankie Valli and the Four Seasons, played by Eric Chambliss, Jonny Wexler, Corey Greenan and Jonathan Cable, and the rest of the cast of “Jersey Boys” perform the musical’s finale.

Songs such as “Sherry,” “Big Girls Don’t Cry” and “Walk Like a Man,” which rocketed a little-known group from Newark, New Jersey, into the musical spotlight in the 1960s and ’70s, will once again echo through the Fox Theatre.

The musical, “Jersey Boys: The Story of Frankie Valli and the Four Seasons,” which chronicles the lives of the group, will visit March 22 through 24 at the Fox, which its production supervisor, Richard Hester, said is one of the cast and crew’s favorite venues.

According to a news release on the production, this marks the 13th season of the “Jersey Boys” tour and the fourth time it has played the Fox. The musical is directed by two-time Tony Award winner Des McAnuff.

The release described the play as a behind-the-music story of Valli and his band, the Four Seasons, which are know for other such hits as “Ain’t That a Shame,” “Candy Girl,” “Dawn” and “Stay,” among others.

Eric Chambliss, who plays Gaudio, said in a phone interview from Toronto that for him, it is the music “which is the real star of this production.”

“However, this play also brings out the individual stories of Frankie Valli and the Four Seasons,” said the North Carolina native who now lives in New York. “I am the last piece of the puzzle. I play a young songwriter who is the man that helps propel the group toward fame through music that put the group at the top of the charts during that time period.”

Hester was of the same opinion, saying the music makes the play “stand out.” However, there is another element of the play that is equally important.

“This play is written in such a way that everyone in the audience can identify with it,” Hester said. It relates the struggle of four guys to survive, which is something that every single person watching it is trying to do. ... We are all doing as much as it takes to get by, and do so against all odds.”

He said the cast and crew of the show were thrilled to return to the Fox, “and we will give the audience our best shot, and we will not disappoint.”

With a heavy heart, Roger Smith will move into the Randolph-Lucas House in a few weeks.

Fifth Third Bank Broadway in Atlanta has announced its 2019-20 season lineup, featuring the return of “Hamilton” and joined by ten time Tony A…

The High Museum of Art in Midtown is encouraging food and wine connoisseurs to experience an event billed as “perfection in wine, food and art.”

The name of the play may not reflect it being a comedy, but the Alliance Theatre is hosting the premiere of a new stage play called “Angry, Ra…

This year’s Atlanta Film Festival is focusing more on quality than quantity.

The fifth annual American Youth Film Festival will take place at The Westin Peachtree Plaza hotel in downtown Atlanta June 12 through 15. The …