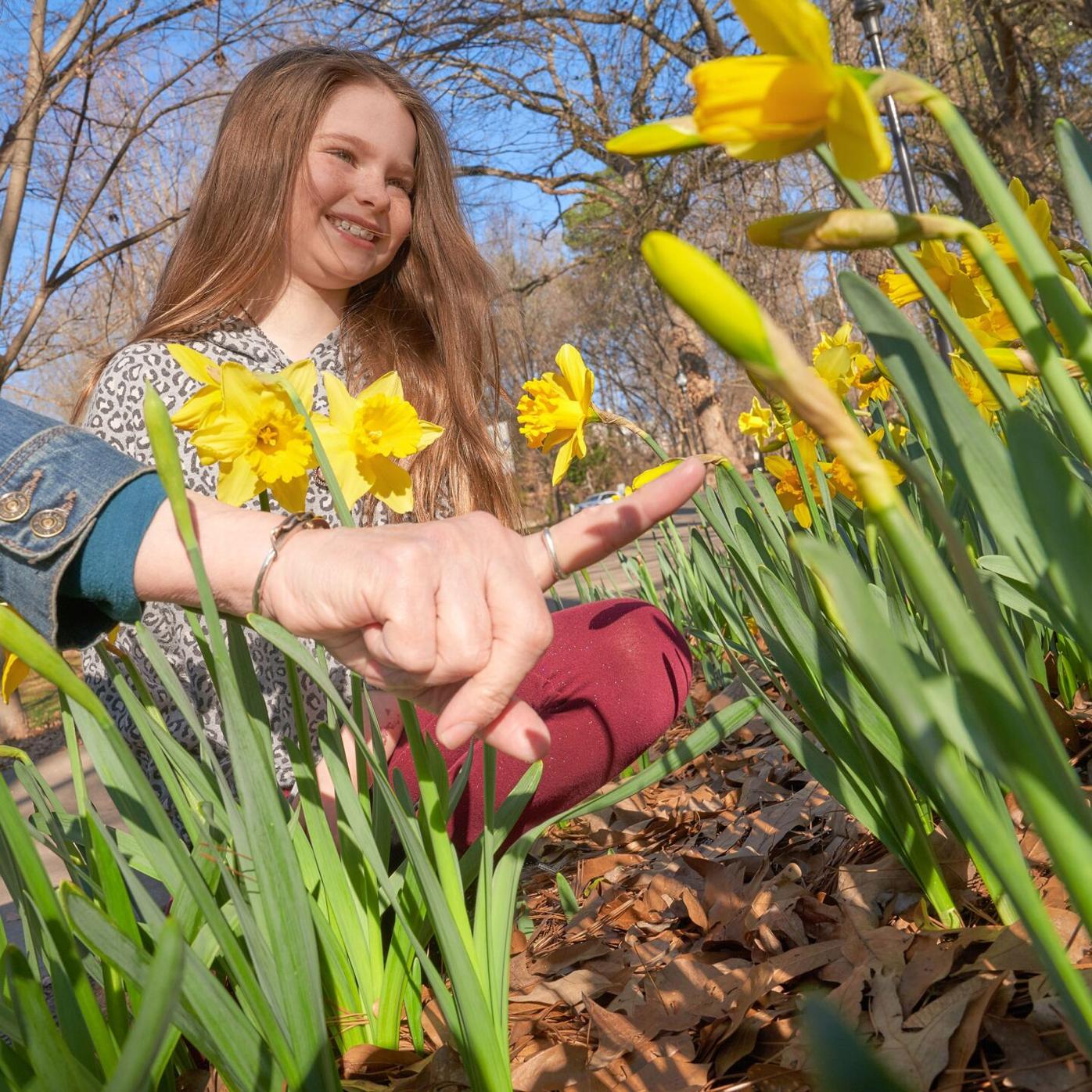 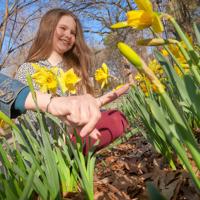 Emma Route checks out the daffodils in bloom at Chastain Park. 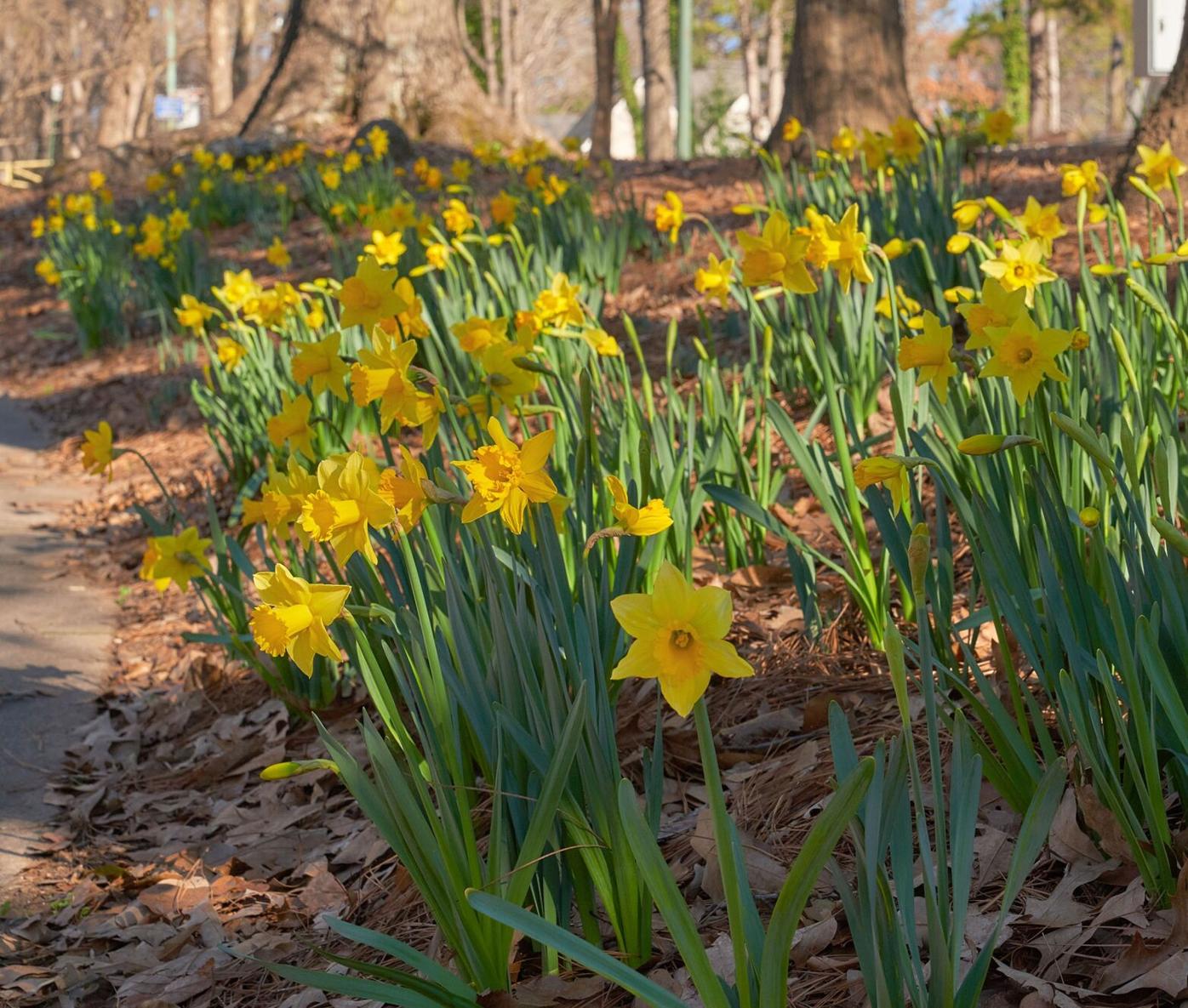 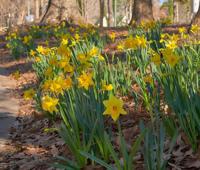 Daffodils are in bloom at Chastain Park.

Emma Route checks out the daffodils in bloom at Chastain Park.

Daffodils are in bloom at Chastain Park.

Chastain Park Conservancy announced the 2,500 daffodils its volunteers recently planted to honor the children who died in the Holocaust have bloomed.

During the Holocaust, 1.5 million children died, and the Atlanta-based Daffodil Project aims to plant a bulb in memory of each child. So far more than 607,000 bulbs have been planted at over 230 sites.

In November, the conservancy, a nonprofit that protects and maintains the Buckhead greenspace, and Temple Sinai, a Jewish synagogue in Sandy Springs, partnered to add to that total by planting 2,500 daffodil bulbs at the park. They are located in a 25-by-125-foot tract near the park’s playground, along Dudley Drive.

The Daffodil Project’s David Feldman, who worked alongside the volunteers, said daffodils resemble the yellow Stars of David that Jews were required by Nazis to wear. Each flower, he said, while a joyful harbinger of spring, will serve as a reminder of a child lost during the Holocaust.

Thanks to that planting’s success, the Daffodil Project donated 2,000 more bulbs, and they were planted in January, on Martin Luther King Jr. Day, with the help of some Target Corp. volunteers. They can be found on the Path Foundation’s Lake Forrest Drive multiuse trail near the Interlochen Drive intersection.

“It’s brought so much joy,” Rosa McHugh, the conservancy’s executive director, said of both plantings. “I’ve had neighbors thanking us for the flowers. It’s amazing how much little things can make such a big impact. The yellow color is so uplifting. We’ve gotten a lot of compliments on it. It was a group effort with all the volunteers.”

For more information about the Daffodil Project, visit daffodilproject.net.

What pandemic? Atlanta and Sandy Springs restaurants open and expand despite COVID-19

In spite of the COVID-19 pandemic, four local restaurants opened recently or announced plans to add a new location.

During the Holocaust, 1.5 million children died, and the Atlanta-based Daffodil Project aims to plant a bulb in memory of each child. So far 6…