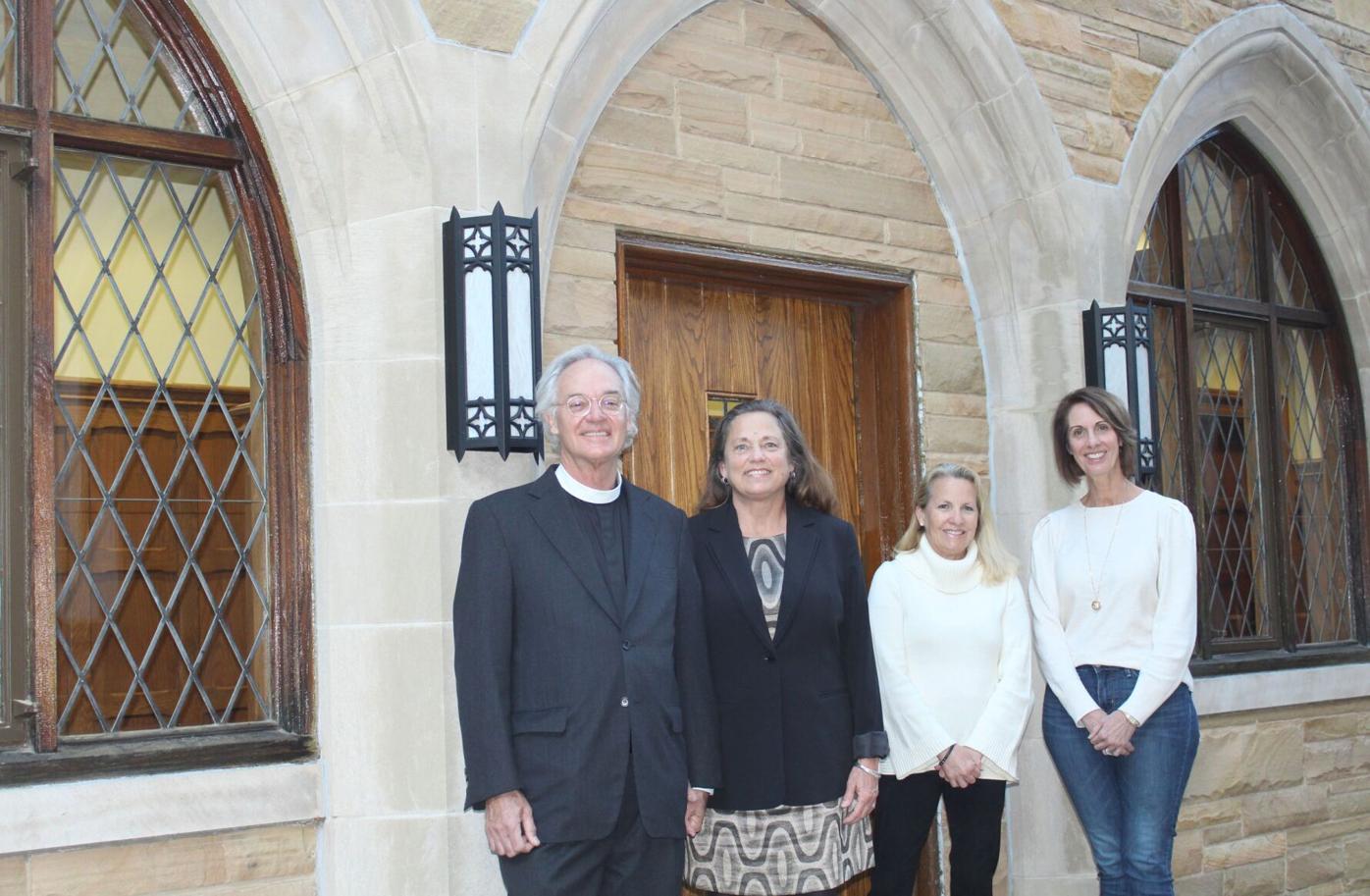 From left, the Rev. Sam and Boog Candler, the Cathedral Antiques Show’s 2021 honorary co-chairs; Anne Matthews, this year’s chair; and Caroline Wallace, the 2021 chair-elect; gather at the Cathedral of St. Philip in Buckhead. 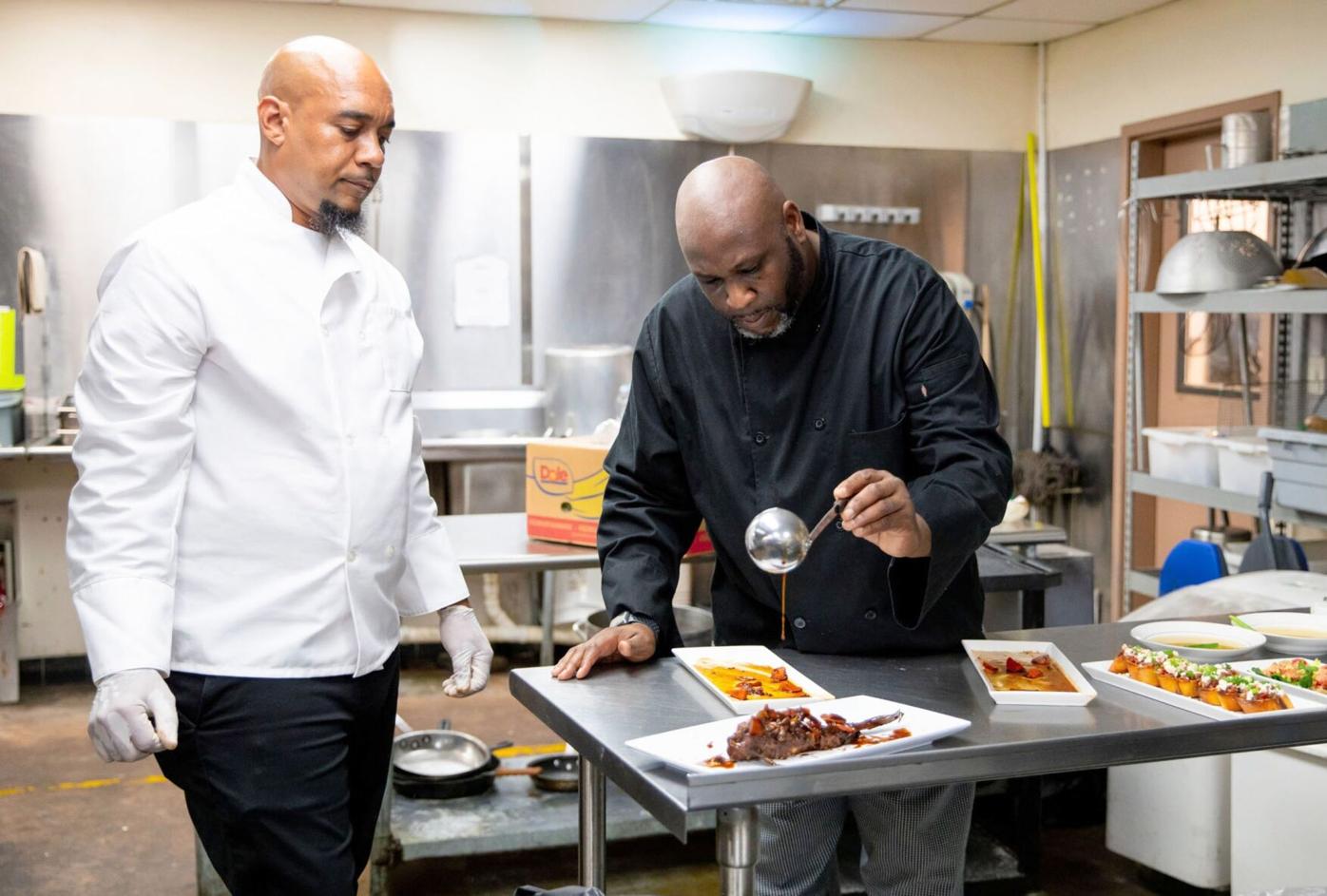 Two men in City of Refuge’s culinary arts vocational training program plate an entrée in its 180 Degree Kitchen. Their names were not released to protect their privacy. 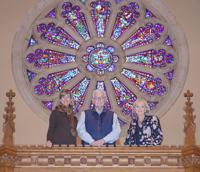 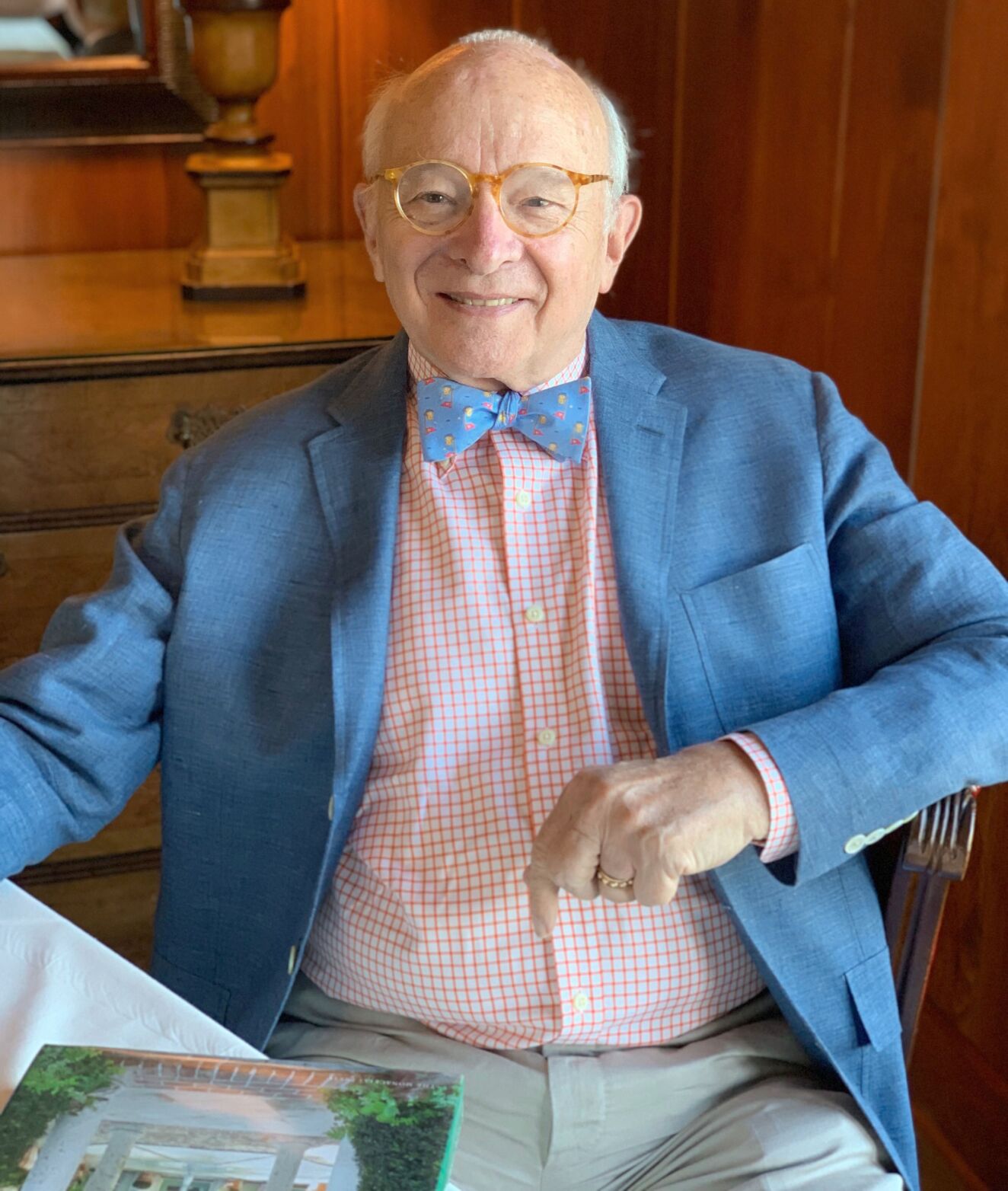 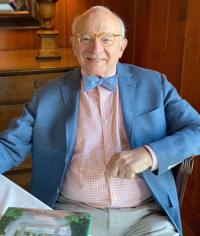 From left, the Rev. Sam and Boog Candler, the Cathedral Antiques Show’s 2021 honorary co-chairs; Anne Matthews, this year’s chair; and Caroline Wallace, the 2021 chair-elect; gather at the Cathedral of St. Philip in Buckhead.

Two men in City of Refuge’s culinary arts vocational training program plate an entrée in its 180 Degree Kitchen. Their names were not released to protect their privacy.

This article was updated Jan. 6 at 7:55 p.m. with corrected information on the flower guilds and garden clubs participating in this year's Cathedral Antiques Show.

The Cathedral Antiques Show, like many local events for the past 10 months, is shifting online due to the COVID-19 pandemic. But organizers are doing their best to keep it as fun as it has been when in person.

Set for Jan. 21 through 23, the scaled-down event will take place at the Cathedral of St. Philip in Buckhead and is celebrating its 50th anniversary this year.

One of the show’s highlights will be the Jan. 22 All-Star Design Panel, nicknamed Alex Hitz and Friends: An Intimate Gathering of Friends Lisa Fine, Richard Keith Langham and Frances Schultz. The panel will be moderated by Margot Shaw and live-streamed online from the church, where all the participants will be together in person but socially distanced.

“There’s so much energy that, even virtually, we can feel,” show chair Anne Matthews said of the panel. “… We’ll have designers here in Child Hall, and they’ll be able to go in and do a question-and-answer (session) after our discussion, which I think is a wonderful way to keep the audience connected.”

The show will also include Flower Friday, a Jan. 22 series of virtual events where top floral designers from around the world, including Shane Connolly, Christin Geall and Hitomi Gilliam, will share their knowledge of the craft. It will also include floral creations from church flower guilds and area garden clubs.

Other show events include the Virtual Designer Breakfast Jan. 21 with Fine speaking; the Re-imagined Preview Party Jan. 21; the Jan. 22 Virtual Iron Floral Competition, a floral version of the TV show “Iron Chef;” a silent auction that runs Jan. 17 through 24; and the Jan. 23 online Tour of Homes, where viewers will receive guided tours of three palatial Buckhead homes from their designers and architects: Norman Askins, Casey Keesee, Tim Adams, Caroline Rolader and Nancy Izlar.

The show is major outreach project hosted by the Episcopal Church Women, a division of the cathedral. Though the show acts as a fundraiser, none of the monies raised go the church. Instead, each year the chair chooses a nonprofit beneficiary, and $5.4 million has been raised for those organizations since the show’s inception, including about $202,000 last year. This year’s show has a fundraising goal of $225,000.

Caroline Wallace, the show’s 2021 chair-elect, will serve as its chair next year. When asked what makes the event stand out, she said, “I think it’s the 50 years of all the work by these volunteers (normally 400 are involved but this year only 50 are) to help these organizations off The Hill, and that’s what we call it, being off this literal hill. It’s been an incredible run of being able to help these organizations, some of which we didn’t even know about.”

The 2021 show will benefit the 180 Degree Kitchen at City of Refuge, a west Atlanta nonprofit that partners with individuals and families in crisis to clear a path out of poverty and find success through shelters and other programs. It also helps survivors of sex trafficking. The kitchen was built 12 years ago after the organization, as the show’s 2008 beneficiary, received the funds needed to start it.

Since then the kitchen has provided 2 million meals to those living or taking classes at City of Refuge. It also serves as a training center for students in its culinary arts vocational training program.

“To be the beneficiary again, it gives us the opportunity to completely renovate the kitchen, buy new equipment and continue providing quality meals for those on our campus and in our community,” said Bruce Deel, City of Refuge’s founder and CEO said, adding the old equipment has worn out.

This year’s honorary co-chairs are the Rev. Sam and Boog Candler. Sam Candler is the cathedral’s dean and Boog Candler was the show’s 2012 chair with Nancy Rizor. Askins is serving as its architectural/design chair.

When asked what makes the show stand out, Sam Candler said, “The volunteers, the people who put it all together. This year was a tremendous challenge, but it’s always about the people who are behind the scenes putting the work together. That really is a heartening thing for me.”

According to the show’s program, it started in 1969, raising $900. But the event began in earnest the following year, when the cathedral’s dean at the time, David Collins, knew an interior designer in London and suggested the church fly them in for an antiques talk, which raised a total of $2,500 through $1.50 general admission tickets $25 exhibitor fees. This year is its 50th anniversary because the show was not held in 1980 and ‘81 due to renovations at the cathedral.

“To be able to go back and to hear those stories, just to know, it’s this community, the cathedral community, that has grown and worked together and has done such incredible things for so many incredible organizations benefitting hundreds of thousands of people,” Matthews said. “ … You think about 50 years of helping people and it’s just amazing.”

Tickets are being sold for each of the show’s events, but an all-access pass, a $300 value, costs only $250. For more information or to purchase tickets, visit www.cathedralantiques.org.

The Atlanta Wedding Extravaganza, formerly the Bridal Extravaganza of Atlanta, is going virtual this year due to the COVID-19 pandemic but wil…

Several organizations and schools in Atlanta, Brookhaven and Sandy Springs are hosting or participating in events to honor the legacy of civil…