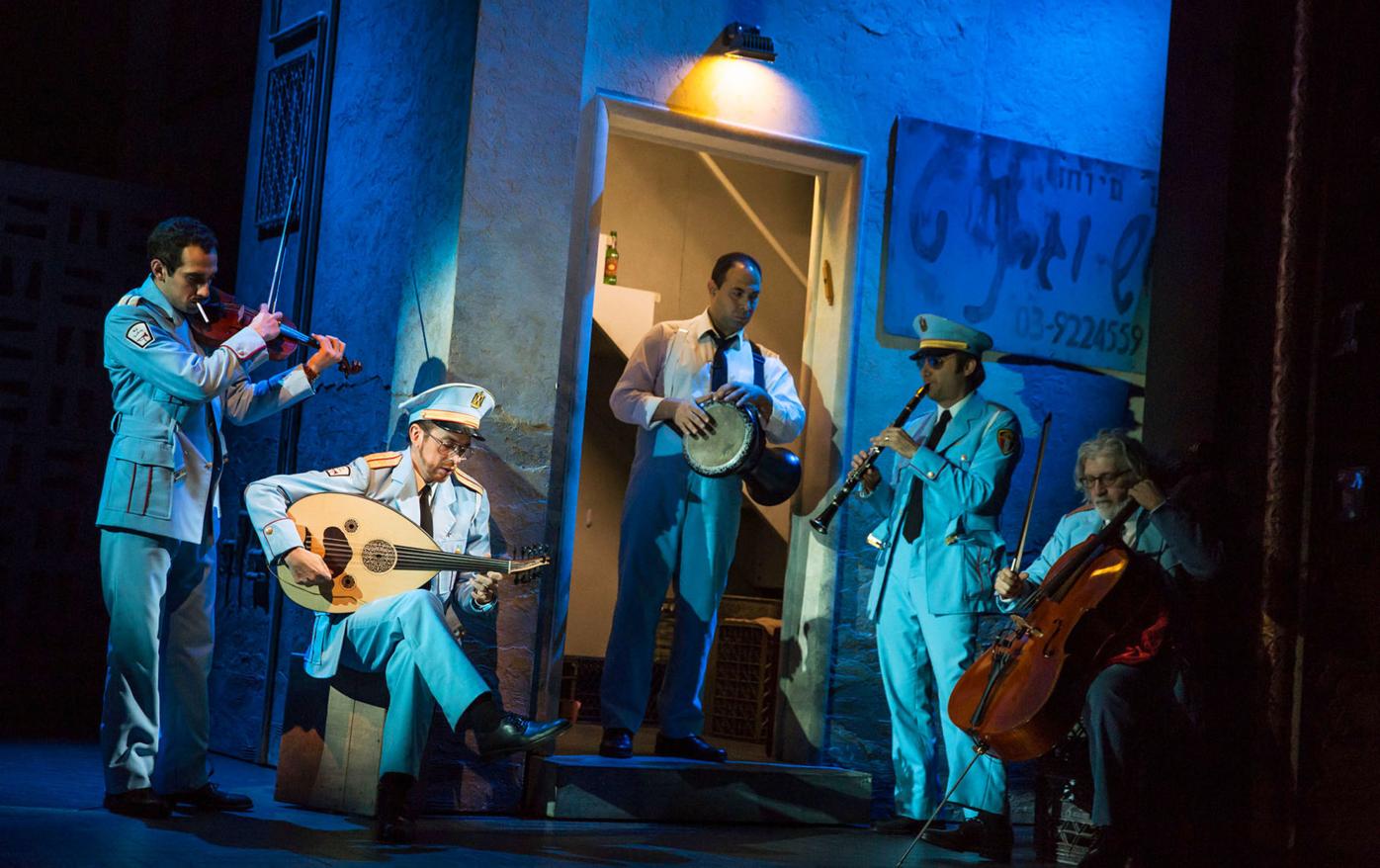 From left, George Abud, Harvey Valdes, Ossama Farouk, Sam Sadigursky and Garo Yellin act out a scene in the 2017 Broadway production of ‘The Band’s Visit.’ / Special 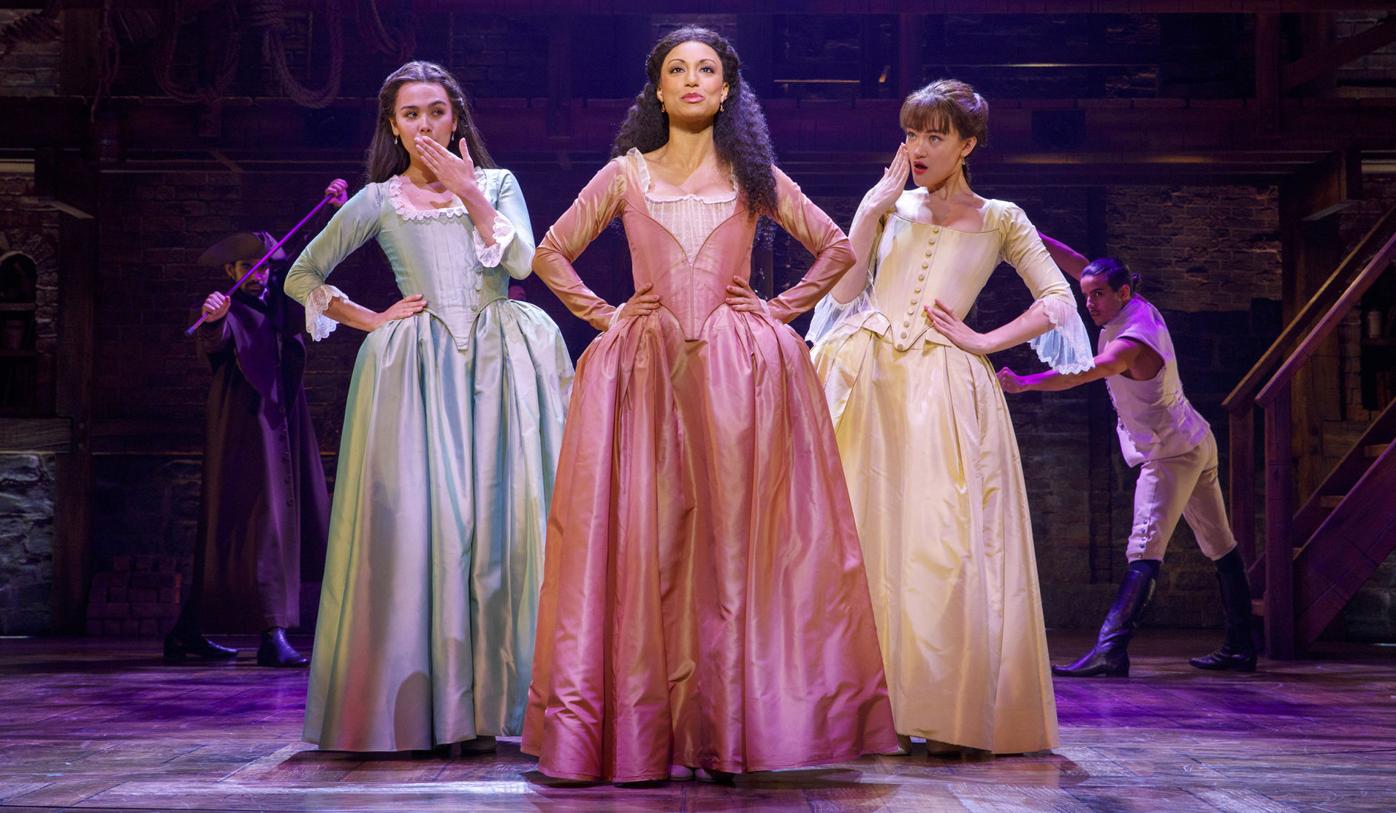 From left, George Abud, Harvey Valdes, Ossama Farouk, Sam Sadigursky and Garo Yellin act out a scene in the 2017 Broadway production of ‘The Band’s Visit.’ / Special

The Fifth Third Bank Broadway in Atlanta series Feb. 26 announced its 2019-20 season lineup, featuring the return of “Hamilton” and joined by 10-time Tony Award and 2019 Grammy Award winner “The Band’s Visit” plus “Anastasia,” “Miss Saigon,” “Hello, Dolly!,” Roald Dahl’s “Charlie and the Chocolate Factory” and “Summer: the Donna Summer Musical.” All productions will take place at the Fox Theatre in Midtown.

Blue Man Group, an audience favorite, and “Wicked,” the most popular show on Broadway, are available as season options.

“We are thrilled to be bringing another incredible season of Broadway to Atlanta,” Broadway in Atlanta Vice President Russ Belin said in a news release. “This season’s lineup truly is a celebration of Broadway through the ages, from Broadway classics to childhood stories that have come to life on stage. We’re proud to be able to bring the best of Broadway shows direct from New York to the Fox Theatre!”

Sept. 24 through 29: Roald Dahl’s Charlie and the Chocolate Factory” –Dahl’s amazing tale is now Atlanta’s golden ticket! It’s the perfect recipe for a delectable treat: songs from the original film, including “Pure Imagination,” “The Candy Man” and “I’ve Got a Golden Ticket,” alongside a toe-tapping and ear-tickling new score from the songwriters of “Hairspray.”

Oct. 23 through Nov. 17 (season option): “Wicked” – Based on the novel by Gregory Maguire, the Broadway sensation has music and lyrics by Stephen Schwartz, and a book by Winnie Holzman. “Wicked” looks at what happened in the Land of Oz … but from a different angle.

Jan. 21 through 26: “The Band’s Visit” – After a mix-up at the border, an Egyptian police band is sent to a remote village in the middle of the Israeli desert. With no bus until morning and no hotel in sight, these unlikely travelers are taken in by the locals. Under the spell of the desert sky, their lives become intertwined in the most unexpected ways.

Feb. 11 through 16: “Hello, Dolly!” – Winner of four Tony Awards, including Best Musical Revival, “Hello, Dolly!” is the universally acclaimed smash that NPR calls “the best show of the year” and the Los Angeles Times said “distills the mood-elevating properties of the American musical at its giddy best.”

March 17 through 22, 2020: “Miss Saigon” – Experience the acclaimed new production of the legendary musical “Miss Saigon.” from the creators of “Les Misérables.” This is the epic story of a young Vietnamese woman named Kim. In a bar run by a notorious character called The Engineer, Kim meets an American G.I. just before the fall of Saigon. That encounter will change their lives forever.

March 31, 2020 through a date to be determined: “Hamilton” – The Broadway smash is the story of America’s founding father, Alexander Hamilton, an immigrant from the West Indies who became George Washington’s right-hand man during the Revolutionary War and was the new nation’s first treasury secretary.

June 2 through 7, 2020 (season option): Blue Man Group – At Blue Man Group, you’ll rock, laugh and party. As three bald and blue men explore our world, together we’ll discover music, comedy and surprises at every turn. By the end of this spectacular journey, you’ll be saying, “I don’t even know what just happened, but I loooooved it.”

June 23 through 28, 2020: “Summer: The Donna Summer Musical” – She was a girl from Boston with a voice from heaven, who shot through the stars from gospel choir to dance floor diva. But what the world didn’t know was how Donna Summer risked it all to break through barriers, becoming the icon of an era and the inspiration for every music diva that followed.

July 28 through Aug. 2, 2020: “Anastasia” – From the Tony Award-winning creators of the Broadway classic “Ragtime” and inspired by the beloved films, this dazzling show transports us from the twilight of the Russian empire to the euphoria of Paris in the 1920s, as a brave young woman sets out to discover the mystery of her past.

Renewals for subscription packages will begin Feb. 26 at 10 a.m. New subscriptions will be available for purchase starting in late April with prices starting at $319 for all seven shows. Subscriber prices will vary depending on the show time, day of the week and seating location. Subscriber benefits include access to the best seats available, priority access to additional tickets and ticket exchange privileges. Visit www.broadwayinatlanta.com/season for more information on signing up for the wait list.

Tickets to individual shows in the 2019-20 lineup are not available for purchase at this time. Single-show tickets typically go on sale to the general public 8 to 12 weeks prior to opening night. However, subscribers will have the opportunity to purchase additional tickets before they go on sale to the public.

For more information on the 2019-20 lineup or to order online, visit www.broadwayinatlanta.com.

Group reservations for individual shows for parties of 10 or more can be made at this time by calling 404-881-2000. Applicable group minimum may vary depending on the show, but is typically 10 or more.

Special events tied to movie classics such as “Mary Poppins” and “The Wizard of Oz,” which i…

Nick Cartell, who plays peasant Jean Valjean in “Les Misérables,” said the musical is a timeless tale that anyone can relate to.

Now in its 10th season and under new leadership, the Atlanta Jewish Music Festival earlier this month announced its new theme, “Jewish Contrib…

After performing at the Chastain Park Conservancy’s Rock Chastain concert fundraiser in Buckhead in 2017, Three Dog Night is returning to metr…

Although it is still based on L. Frank Baum’s beloved children’s story, “The Wizard of Oz,” the Alliance Theatre’s musical production of this …

Although it is still based on L. Frank Baum’s beloved children’s story, “The Wizard of Oz,” the Alliance Theatre’s musical production of this …

“Dear Evan Hansen,” the award-winning smash hit musical, is coming to the Fox Theatre in Midtown April 23 through 28 as part of the Fifth Thir…

Atlanta’s Synchronicity Theatre June 17 will open the Synchronicity Annex, a new facility which will serve as a rehearsal and office space.

Human spirit rules as ‘Come from Away’ hits Atlanta’s Fox

For actress Danielle K. Thomas, there’s only one way to explain the power of “Come from Away,” a musical in the Fifth Third Bank Broadway in A…

‘Come from Away’ panel: Story represents ‘best of mankind’

Beverly Bass was a pilot on an American Airlines flight from Paris to Dallas/Fort Worth on Sept. 11, 2001, when the terrorist attacks caused h…

Want to see 'Hamilton' in its return to Atlanta? Here's when it's coming back

Champions of Magic to wow the Fox Theatre July 20

The late Canadian magician, illusionist and escape artist Doug Henning had a somewhat different perspective on magic and its effect on people.

The Act3 Theater Company in Sandy Springs has announced the lineup for its ninth season, and it includes plays and musicals that take audience…

A play commemorating the life of TLC band member Lisa “Left Eye” Lopes is coming to the Synchronicity Theatre in Midtown.

‘Cats’ is purring onto the Fox Theatre stage

The Fifth Third Bank Broadway in Atlanta series is closing its 2018-19 season with some feline friends.