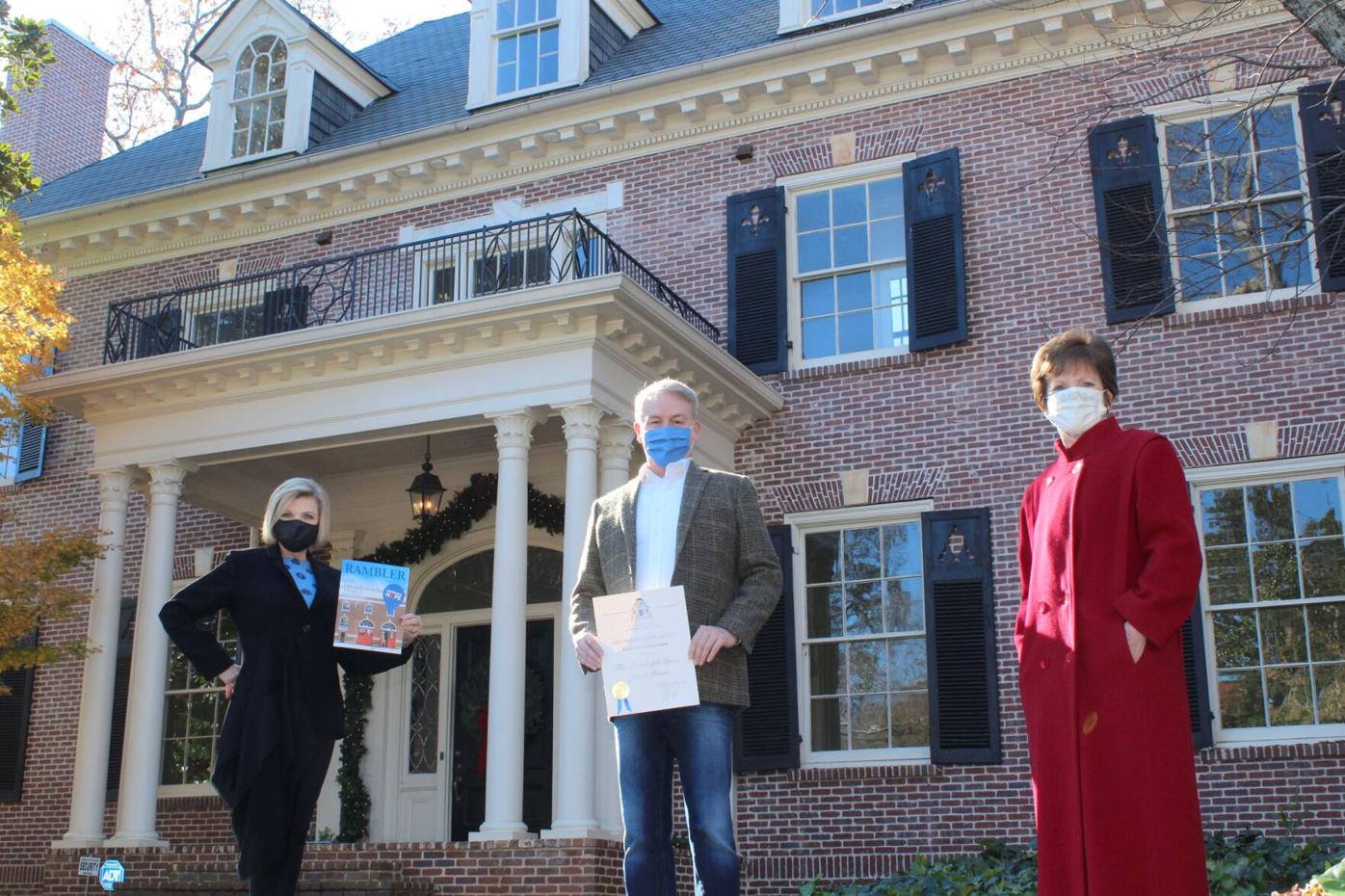 From left, Carolyn Calloway, Roger Smith and Mary Norwood stand in front of the Randolph Lucas Jones House, which won the Georgia Trust for Historic Preservation’s Excellence in Preservation Award. 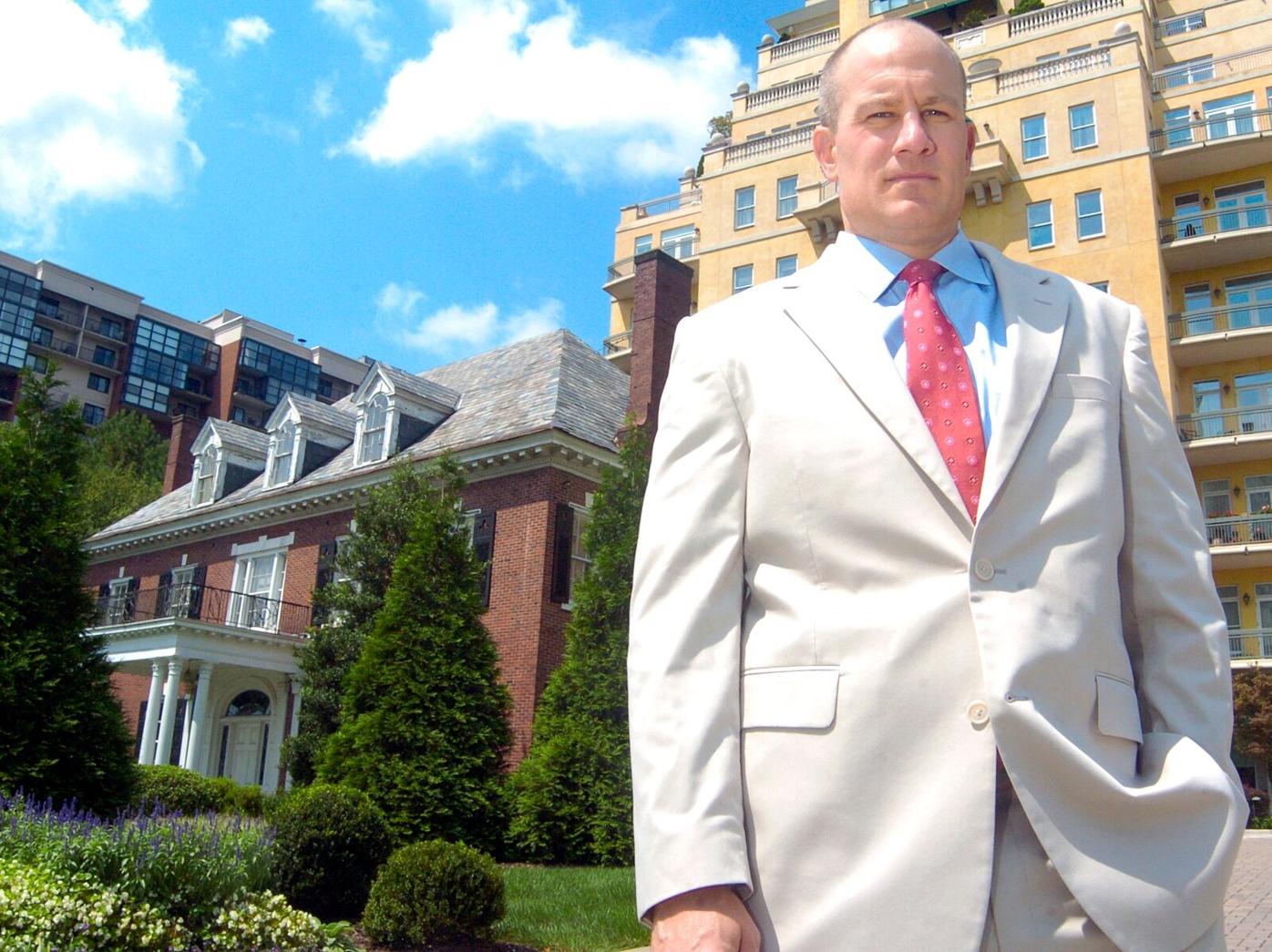 Wright Mitchell, the Buckhead Heritage Society’s then-board president, stands in front of the Randolph-Lucas House in 2013, before it was moved from Buckhead to Ansley Park. Behind the home is the Peachtree 2500 condominium building.

From left, Carolyn Calloway, Roger Smith and Mary Norwood stand in front of the Randolph Lucas Jones House, which won the Georgia Trust for Historic Preservation’s Excellence in Preservation Award.

Wright Mitchell, the Buckhead Heritage Society’s then-board president, stands in front of the Randolph-Lucas House in 2013, before it was moved from Buckhead to Ansley Park. Behind the home is the Peachtree 2500 condominium building.

A project to save a nearly century-old Buckhead home from demolition has been honored by the Georgia Trust for Historic Preservation.

Built in 1924, the Randolph-Lucas House was one of the few remaining mansions on Peachtree Road in Buckhead. The Georgian Revival-style architecture home was slated to be razed in 2013 after falling into disrepair, but was moved to a vacant lot in Ansley Park and restored. It received the Trust’s Excellence in Preservation Award earlier this year.

“The Trust normally does not (honor) moved buildings because we consider it to be a preservation solution of last resort. However, the moving of the Randolph-Lucas House was such a monumental task that we considered it to be an extraordinary accomplishment,” said Mark McDonald, the organization’s president and CEO.

The Trust was going to present the accolade at its annual awards ceremony in April, but that event was cancelled due to the COVID-19 pandemic, and the awards were sent to each recipient.

The house was built for Hollins Randolph, the great-great-grandson of Thomas Jefferson, and in 1935 it was bought by Margaret Lucas, who owned it until 1988, when it was sold to a developer. Designed by Thornton Mayre, the home was located on Peachtree on land that later became the front lawn of the 2500 Peachtree condominium building.

It was used as an event space from the late 1980s to the early ’90s. In 2013, when it was set to be demolished, Roger Smith and Christopher Jones bought it. They had it moved about two miles south, in two pieces via tractor trailers, to a vacant lot on Peachtree Circle in Ansley Park.

In 2012 Smith and Jones, both historic preservation advocates, founded NewTown Partners, an Atlanta-based economic development consulting firm focusing on distressed historic resources. After having the house moved, they refurbished it extensively.

Jones died of cancer in January 2019, and the mansion was renamed the Randolph Lucas Jones House in his honor. Smith, who lives in the home, said he and Jones were drawn to it for several reasons.

Of the award, Smith added, “It’s a tremendous honor coming from the Georgia Trust.”

The home was also honored by the Atlanta Preservation Center in 2017 and the Daughters of the American Revolution’s local chapter two years earlier. The home is also listed in “111 Places in Atlanta That You Must Not Miss,” a new city guidebook by Travis Swann Taylor.

Carolyn Calloway and Mary Norwood, longtime friends of Jones and Smith, nominated the house for the award. Norwood, who was an Atlanta City Council member when the home was set to be razed, helped the new owners work with the city to have it moved. They also worked with the Buckhead Heritage Society, which spearheaded a campaign to save the house by finding a buyer who could relocate it.

“Christopher and Roger did the heavy lifting and they should be credited for that,” said Wright Mitchell, who served as the Society’s board president and chair at the time. “Absent Christopher and Roger, it would never have happened. It was a lot of work for them.

“It’s not inexpensive to move a home, but if there’s a house in Atlanta that should be moved, it was that one. People had an emotional attachment to it because they had either been there as children when it was a private residence or as adults when it was an event space or had driven past it many times.”

Norwood called the effort to salvage it “one of the most significant preservation projects the city of Atlanta has had in years.” Her 40th birthday party was held in the house when it was an event space.

“What is so special about the house is the living room and the dining room are the golden mean, (which means) they are the perfect proportions architecturally,” she said. “… There’s a tripartite window in the front and in the rear on the second floor. You have these tall ceilings, all this light flowing into the house with the Palladian door. It is magical. The energy is just magical.”

Calloway, a Realtor who helped Jones and Smith find the Ansley Park lot where the house sits, added, “Christopher’s passion for saving and restoring historic properties was legendary, and along with Roger, they became a symbol of what can be done with a vision and the determination to ‘never take no for an answer.’”

Norwood said today, following its restoration, the house fits like a glove in Ansley Park, which Smith said has four other homes designed by Mayre.

“Since it was moved there and the renovations were completed, I have had people say to me, ‘Mary, where is the house? I can’t find it,’” Norwood said. “It is so appropriate to Ansley Park that people can’t tell. It is in a place where it is protected and will be cherished by Roger and Atlantans for years to come.”

The Atlanta Preservation Center has chosen its new leader.

Three Atlanta structures have been named to the Georgia Trust for Historic Preservation’s 2021 Places in Peril list, the nonprofit announced Nov. 11.

After its 2020 event was cancelled and this year’s affair was postponed from March, both because of the COVID-19 pandemic, the Georgia Trust f…