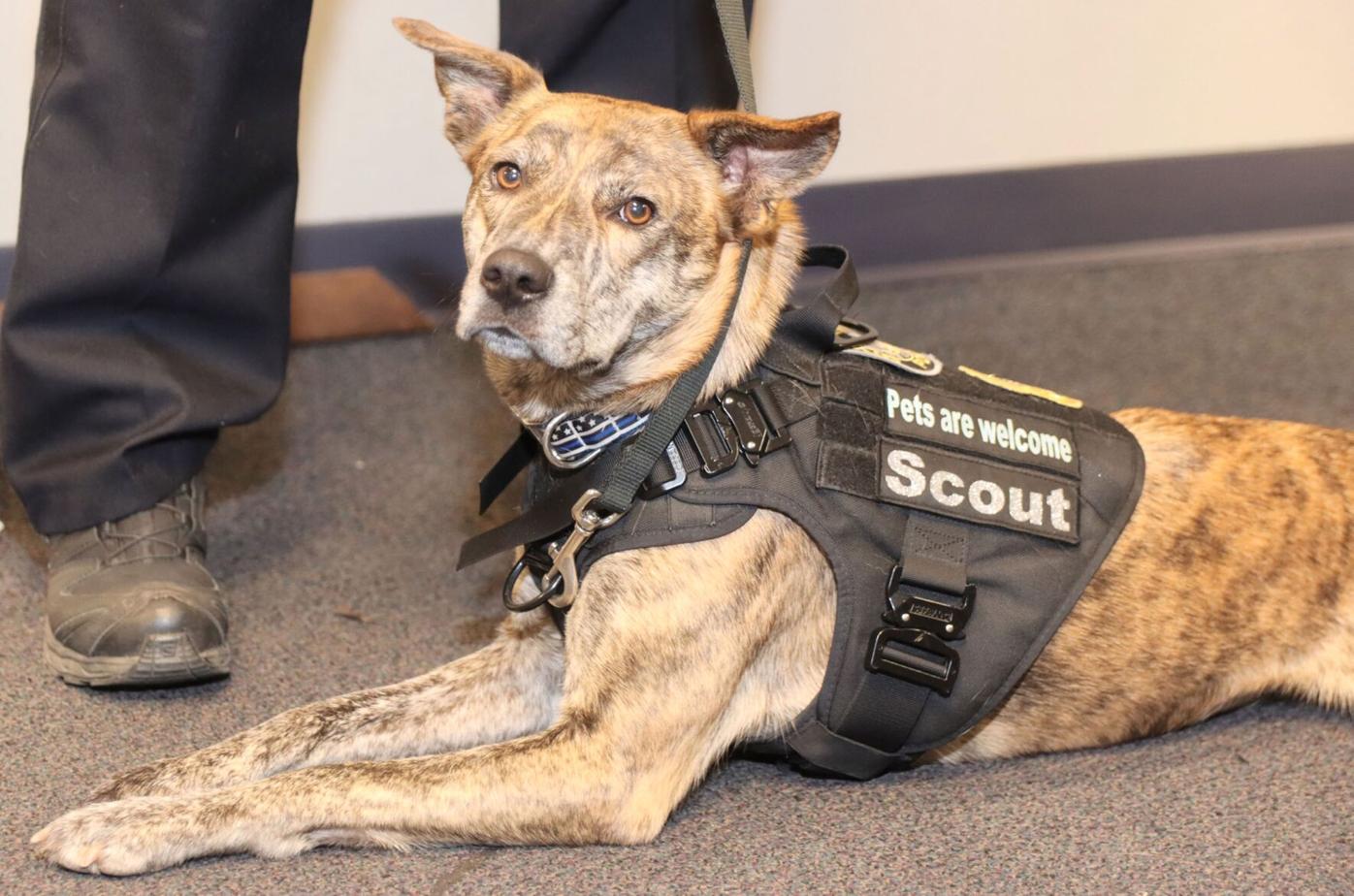 Scout is the first dog in the Atlanta Police Department’s emotional support program. 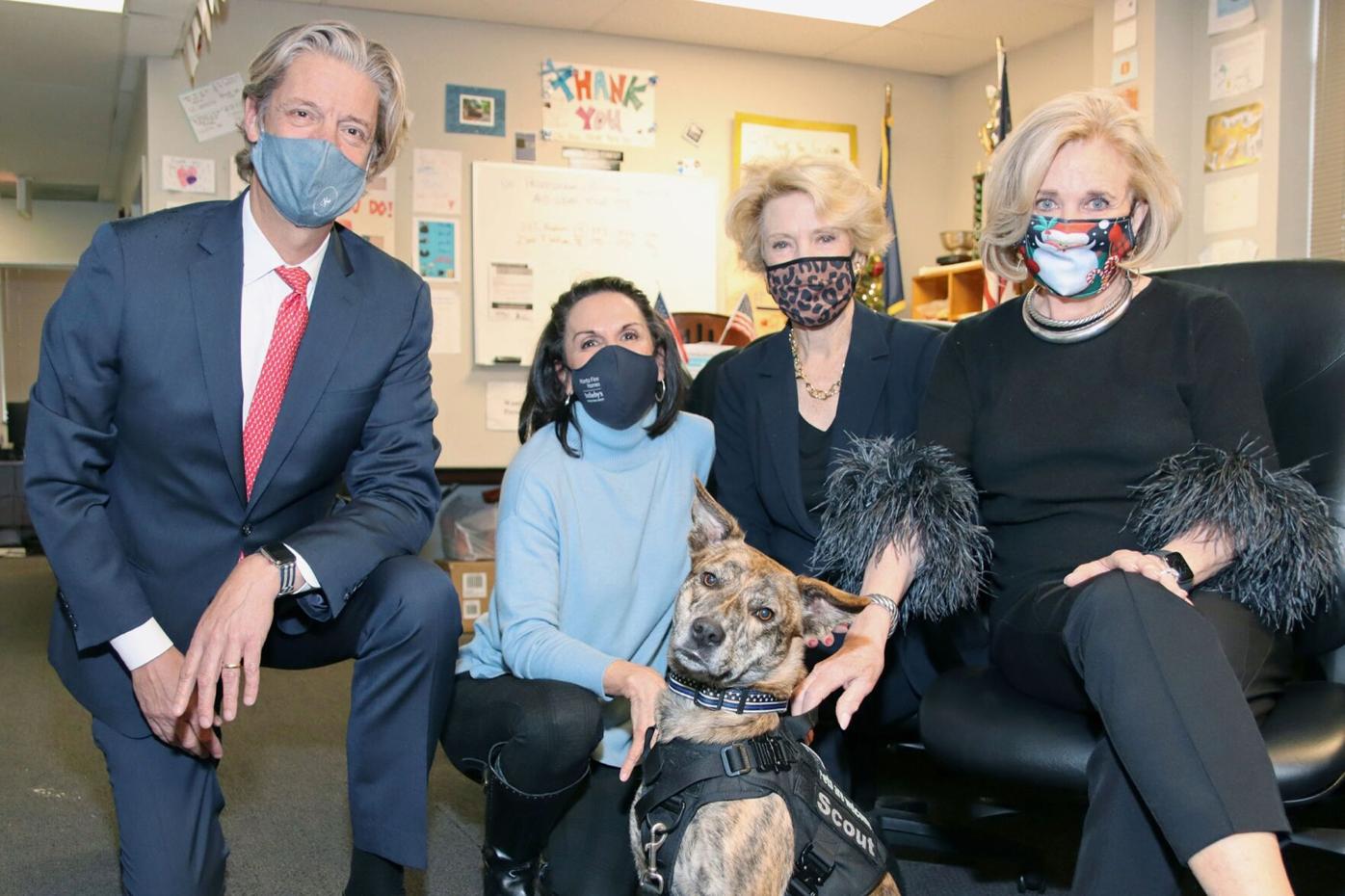 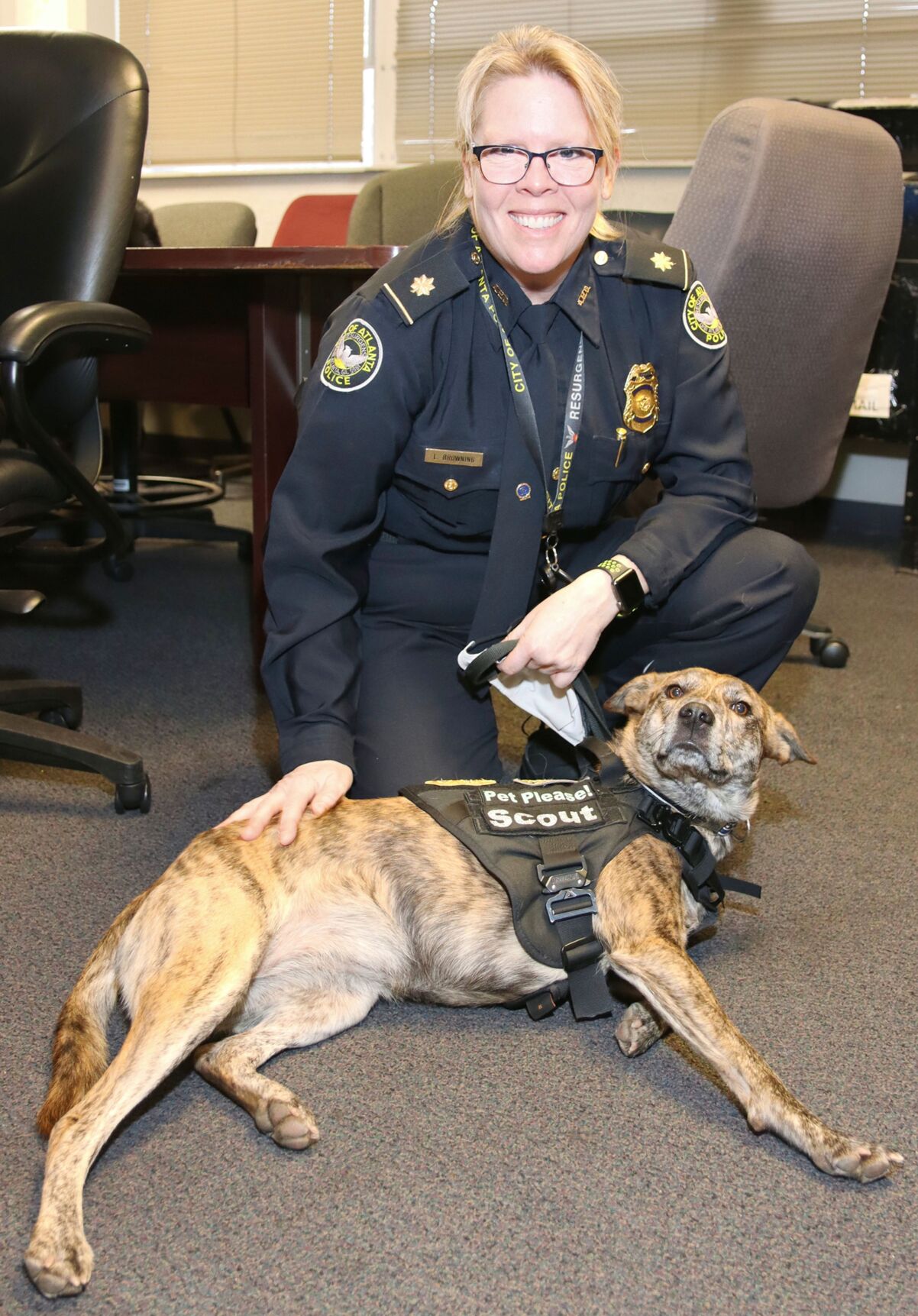 Scout is the first dog in the Atlanta Police Department’s emotional support program.

This article was updated Feb. 25 at 12:47 p.m. with updated information on the number of dogs in the program and the name of the fourth one.

Also, all four dogs have been sponsored by Atlanta Fine Homes Sotheby’s International Realty, which is paying for them and their related expenses.

Maj. LeAnne Browning, who founded PAWS, rescued Scout, who is part Tennessee Mountain Cur, a breed known for squirrel hunting. Last year, Browning approached then-Police Chief Erika Shields, an avid dog lover, about bringing canines into the precincts. She brought Scout to the police headquarters downtown in January as a test run, and by March, Scout had the full run of the facility.

“She has favorite people; officers and staff come to my office just to see her. She gets lots of treats,” Browning said in a news release.

These emotional support dogs go through special training and must pass a temperament test and thorough evaluation.

“The dogs must be people-oriented,” said Browning. “They are with us to lift spirits, help the officers decompress and serve as a bridge to the community.”

The dogs serve as companions to police officers as well as to crime victims. Scout passed the test with flying colors and the police, with full support of interim Police Chief Rodney Bryant, has since added more dogs to the PAWS program.

According to Browning, because the police’s handlers want to work with the dogs in addition to their current assignments, PAWS was expanded to include more dogs, including Rocky and Willa. Officer Scott Jergler has Rocky, a 2-year-old pit bull that loves children. Jergler, assigned to the Police Athletic League, takes Rocky to the gym in the community where he works.

Investigator Summer Benton, who works in homicide, is handling Willa, who is just a puppy, called a “recruit.” Benton, who investigates major crimes, uses Willa to help relieve the stress of victims and their families.

“Supporting a successful program like PAWS that works with dogs was a natural fit for us,” she said.

Sometimes a wagging tail, velvety coat, and comforting paw is the best medicine, especially for kids, which is why Children’s Healthcare of At…

In honor of its 100th anniversary, which it celebrated last year, the Atlanta Lions Club is hosting a fundraiser for Leader Dogs for the Blind…

The Atlanta Police Department announced the 12-year-old boy who ran away from home has been found and is safe.

The Atlanta Humane Society announced it has rescued 14 cats and kittens from a home in Fort Valley after their owner died.

The Atlanta Humane Society is giving its dogs a chance to taste the best in treats with the Great Biscuit Bark-Off.

The Atlanta Humane Society announced it is offering free cats for the next three days to help relieve overcrowding in one of its shelters.

Chief Shields was a great chief, compassionate, fair and cared for her city. Unfortunately when the riots and looting went down she suddenly stepped down. Thank you Mayor Bottom for ruining the morale of the dept, so you can try to salvage your career. Now you put in your puppet as a chief, crime is rampant, police are quitting and people are moving out of Atl. Great job. Chief Shields has now been picked up as a police chief that recognizes her skill.