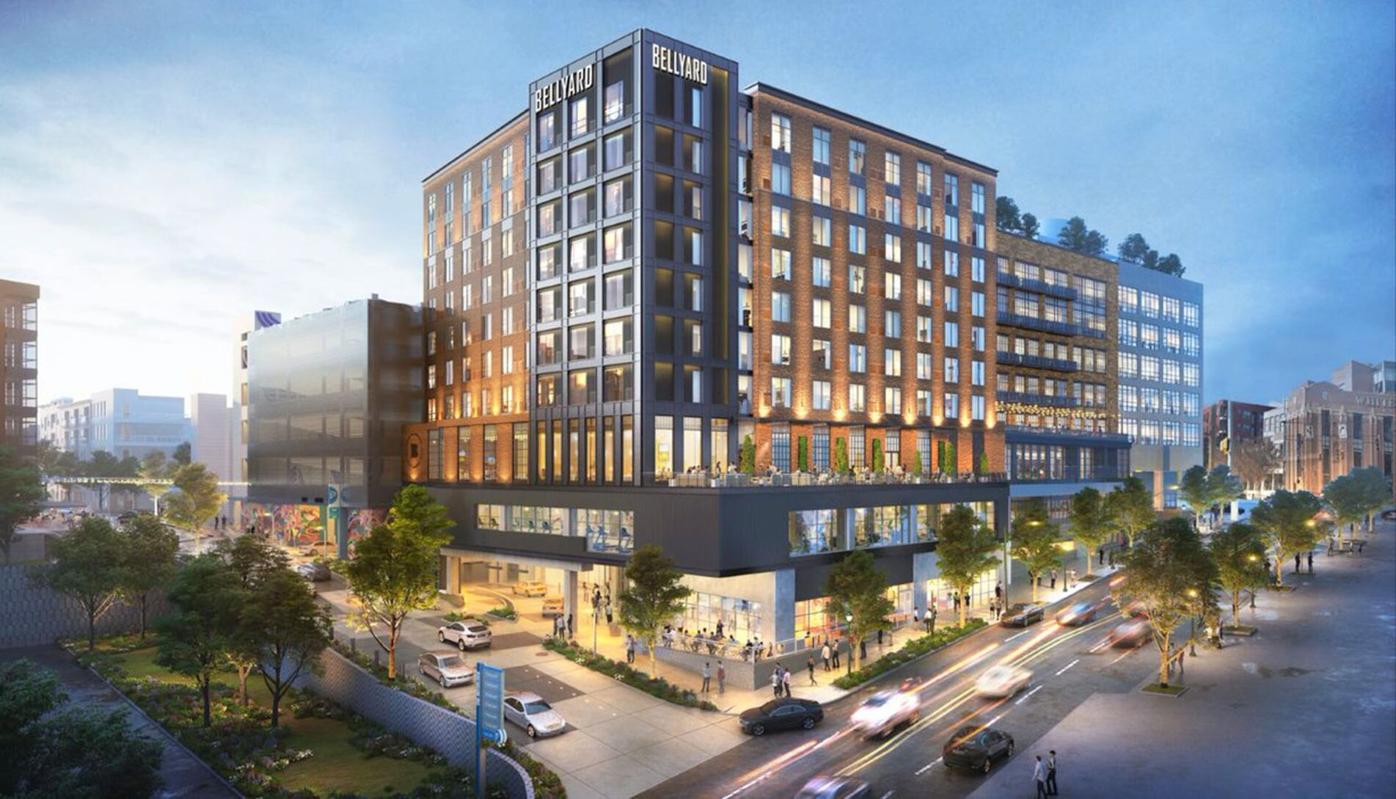 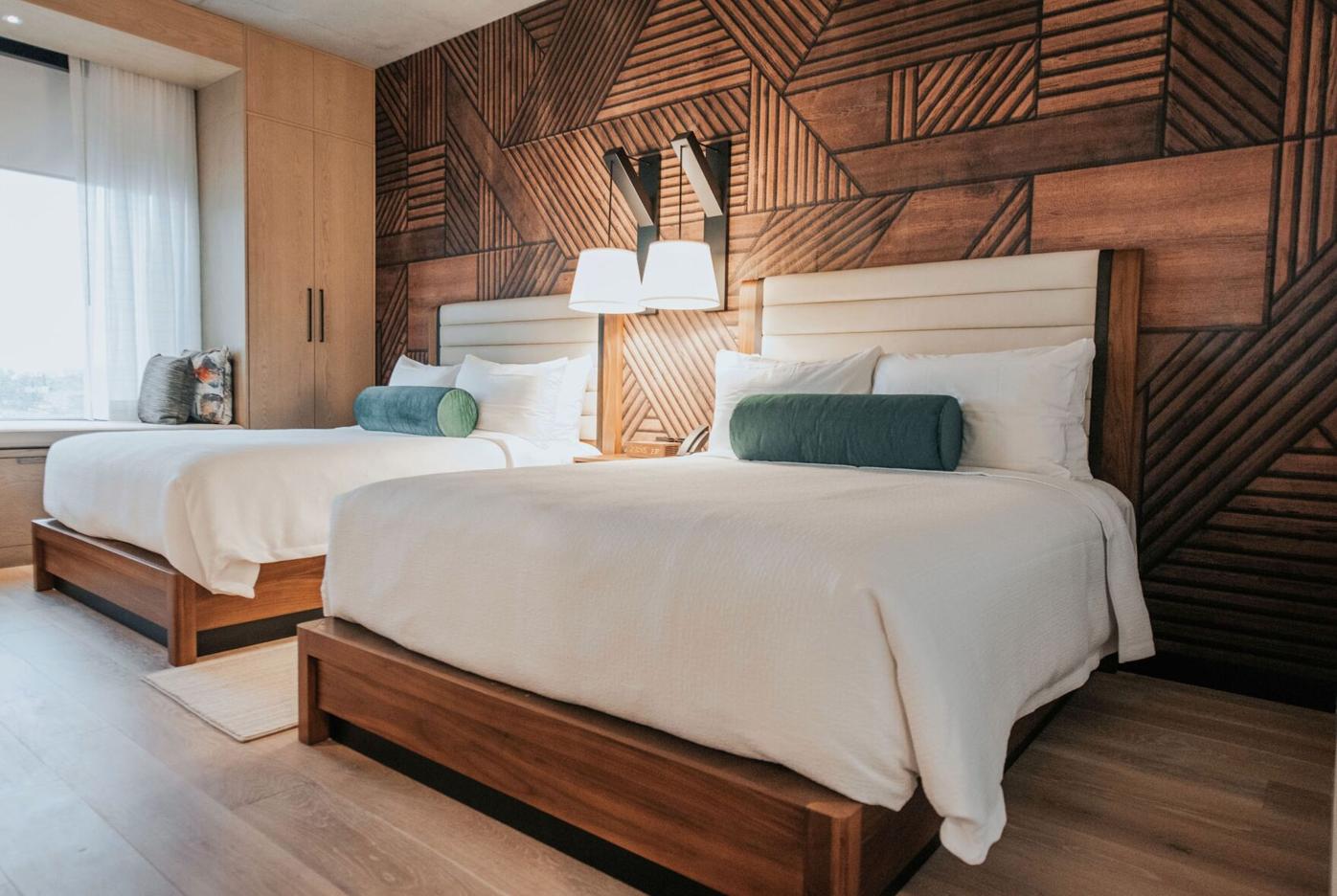 Bellyard’s rooms include ones with two queen beds, such as this one. 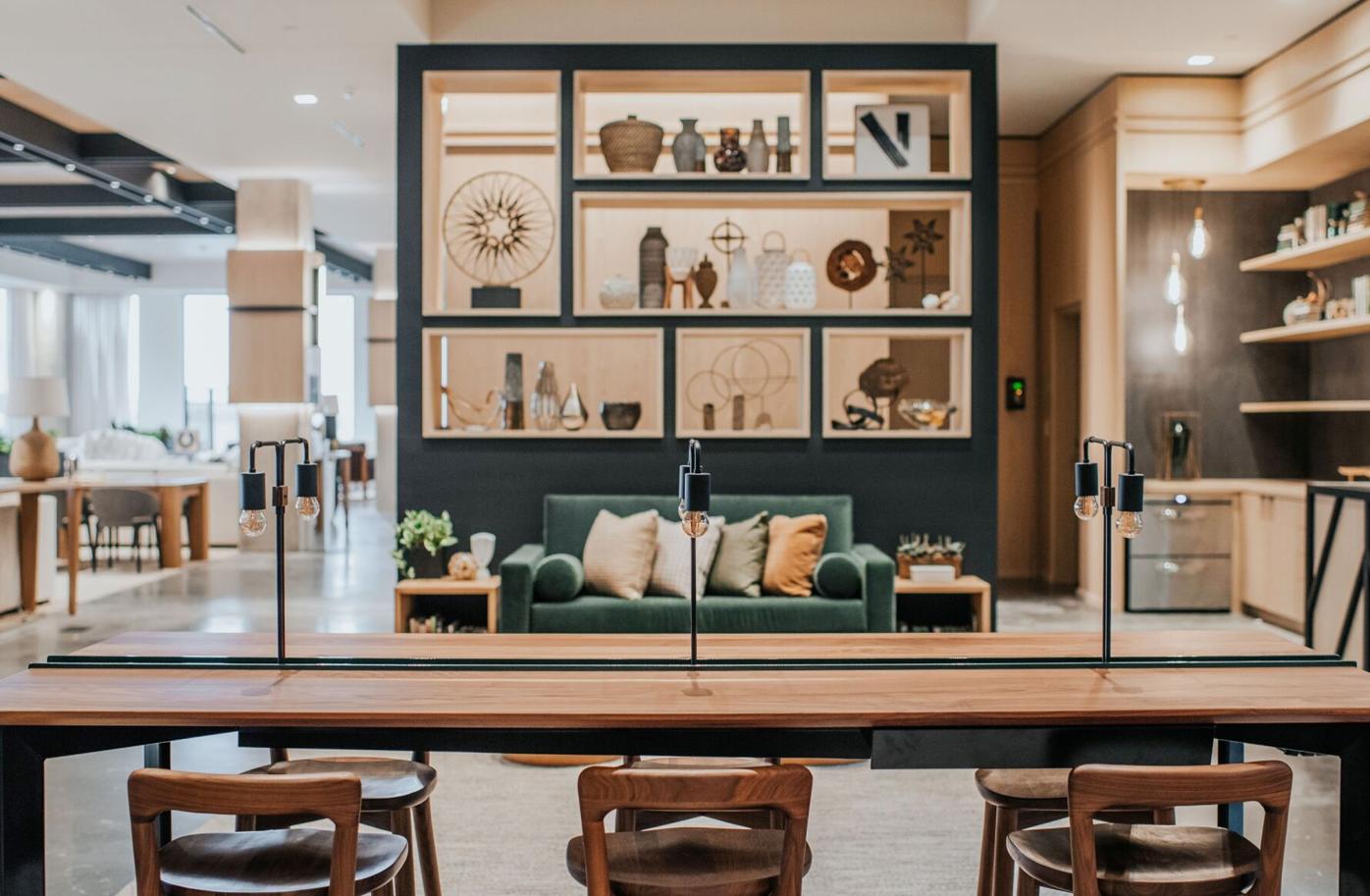 Pictured is the lobby of the Bellyard hotel in west Midtown. 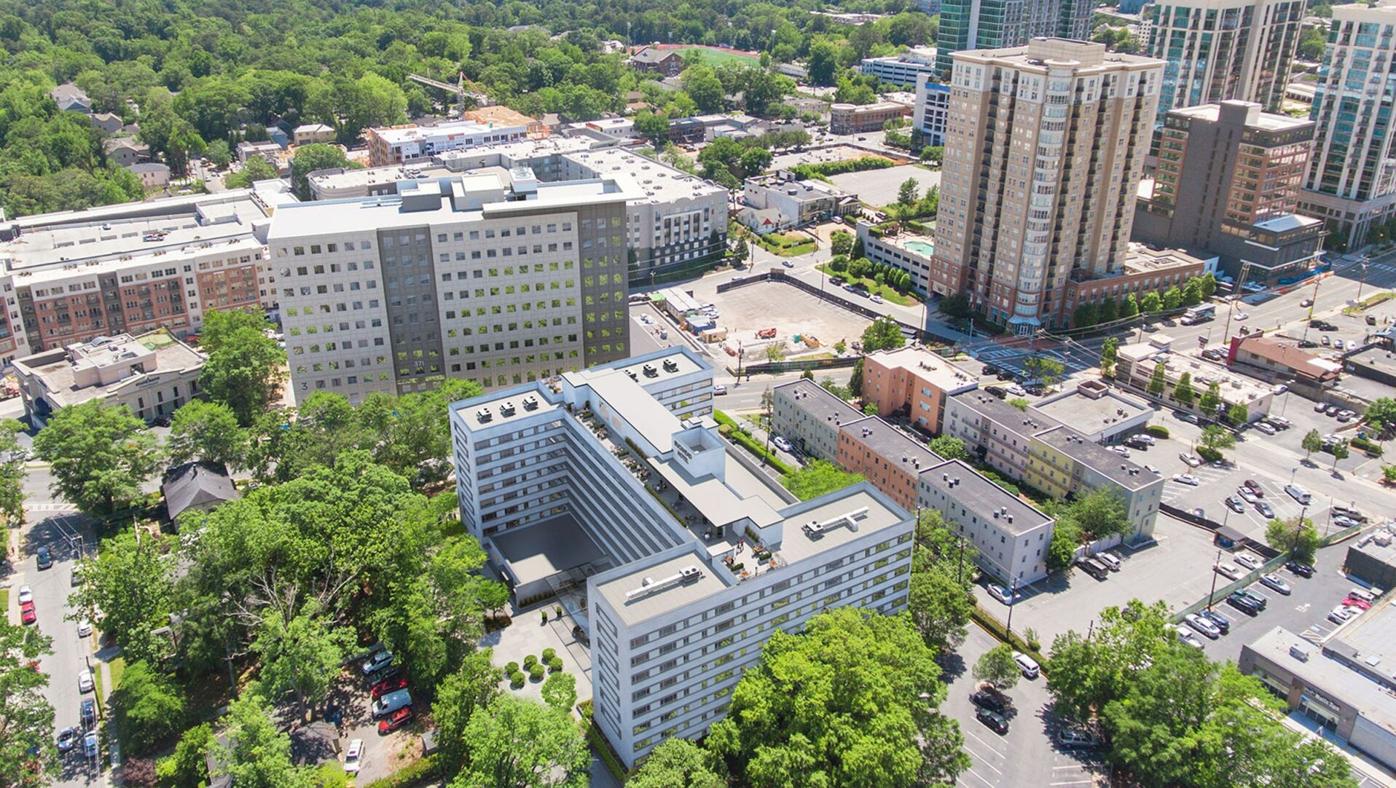 The Kimpton Sylvan Hotel, front, is located on East Paces Ferry Road in the heart of Buckhead. 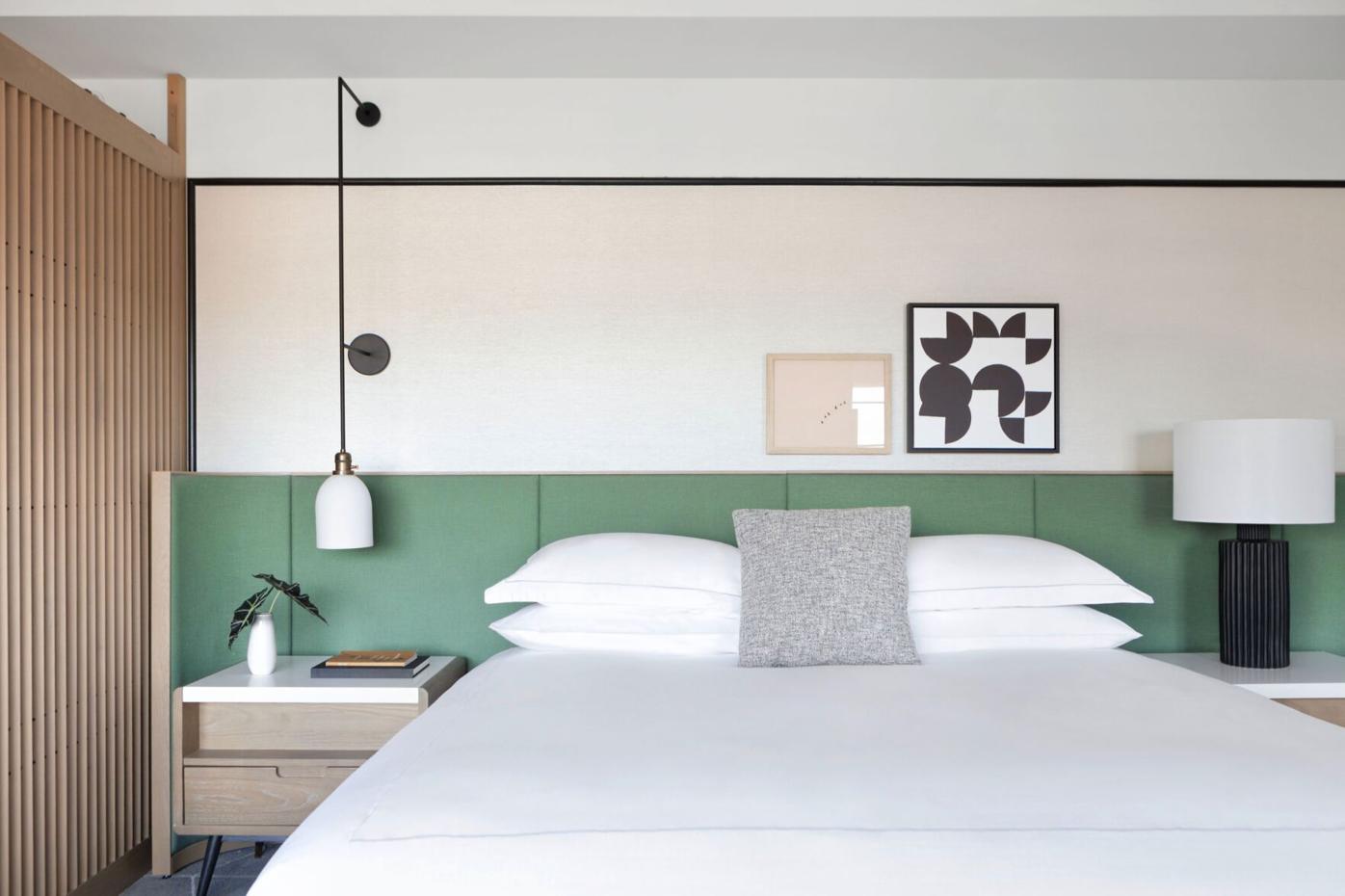 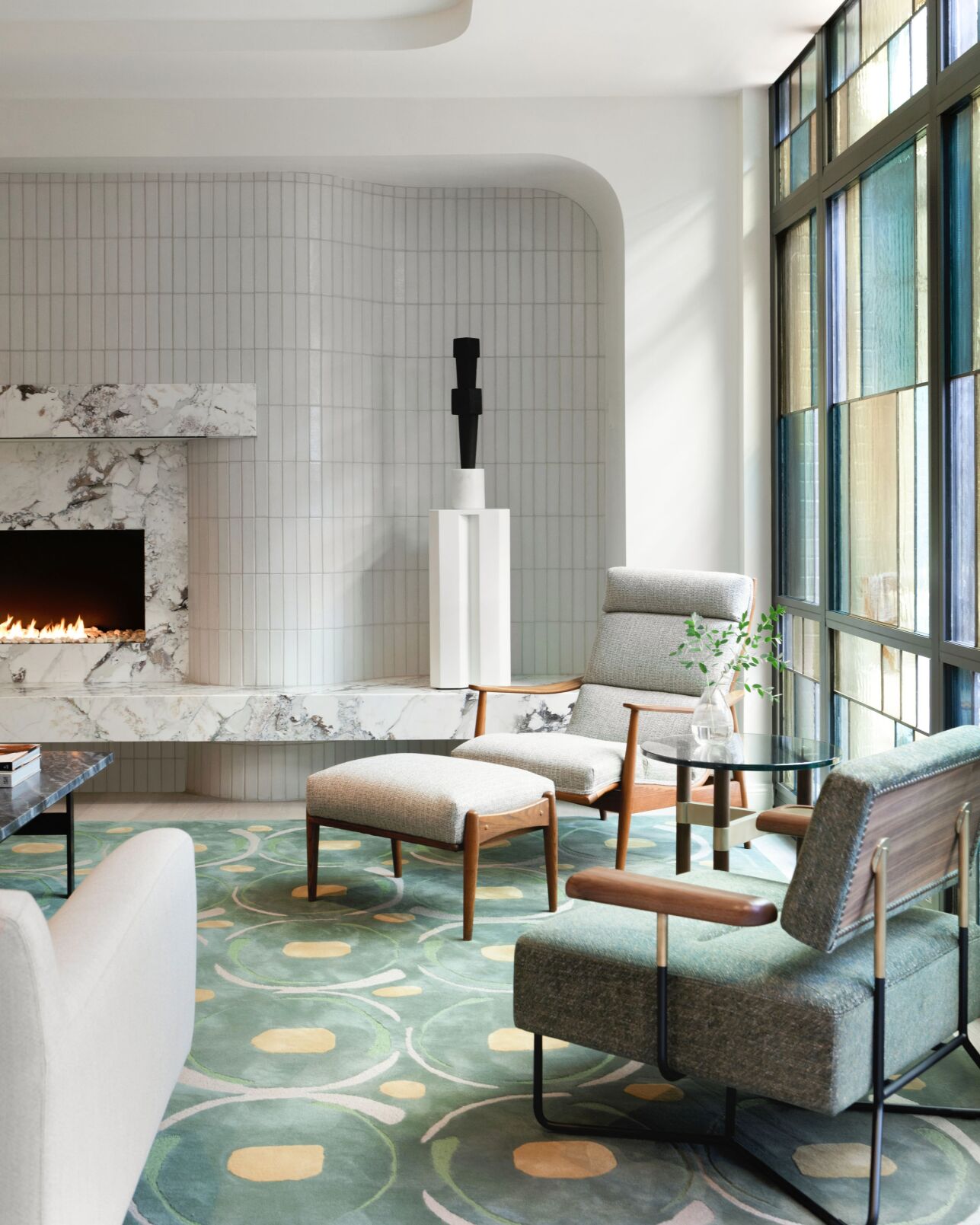 The lobby at the Kimpton Sylvan Hotel in Buckhead. 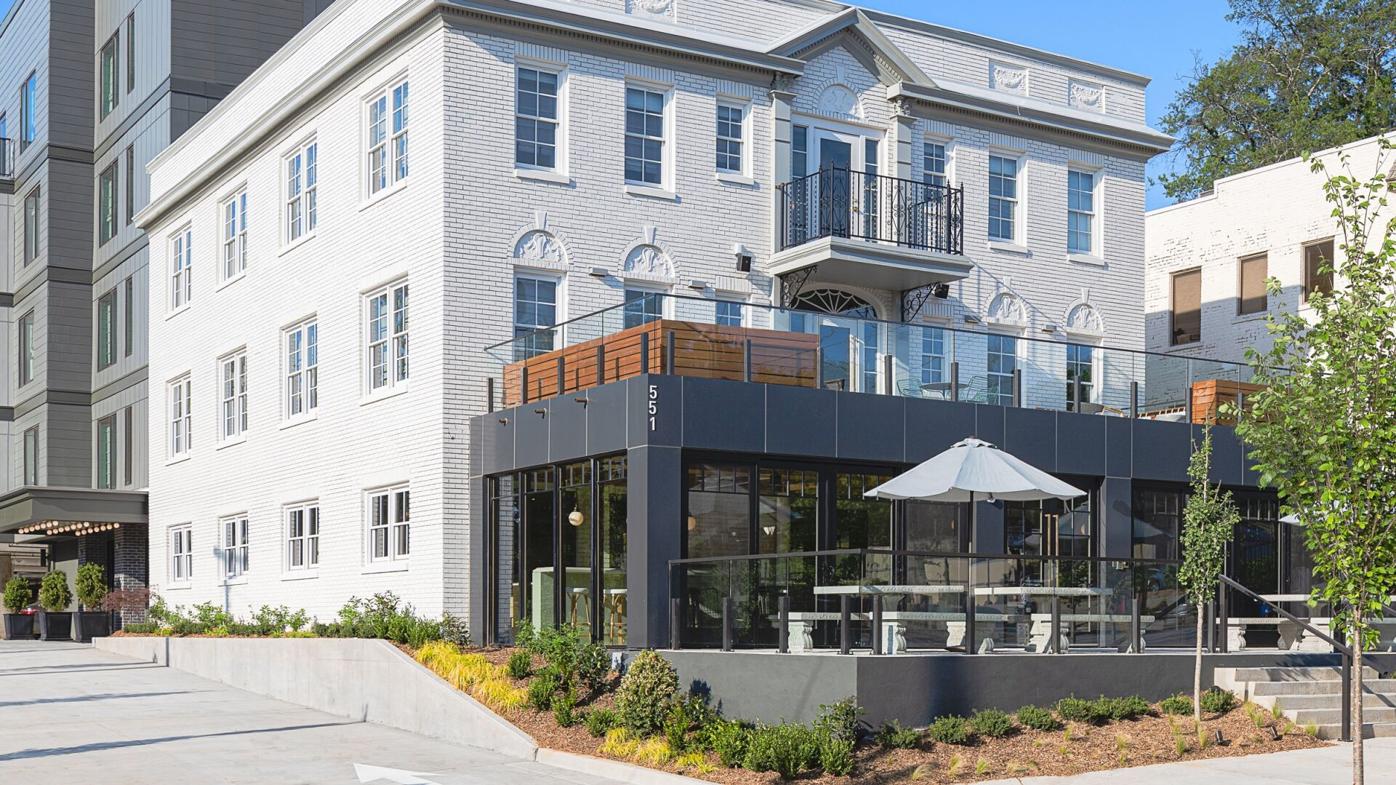 The Wylie Hotel in the Old Fourth Ward is a refurbished version of the original Garner Wallace Hotel that opened nearly a century ago. 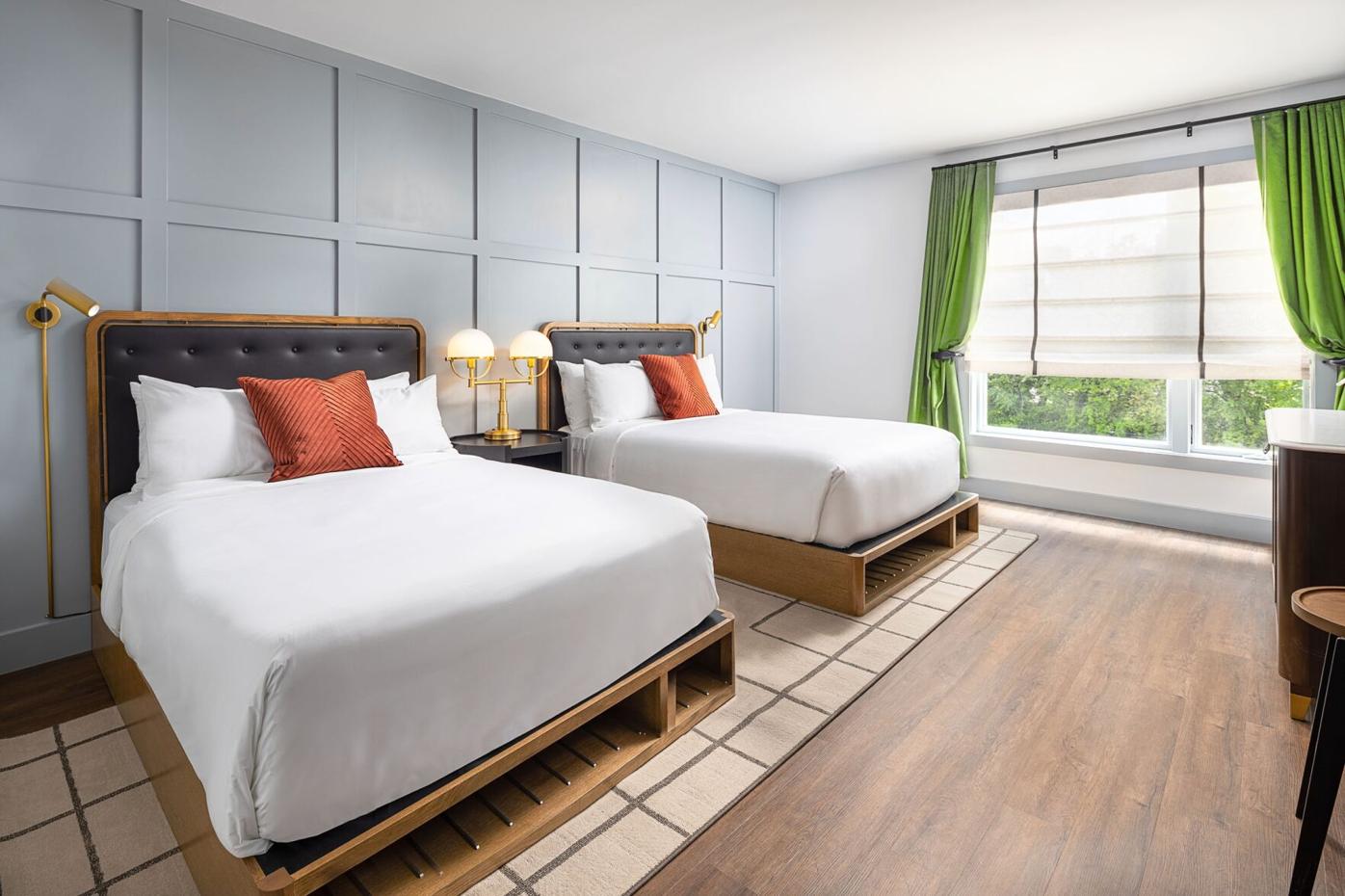 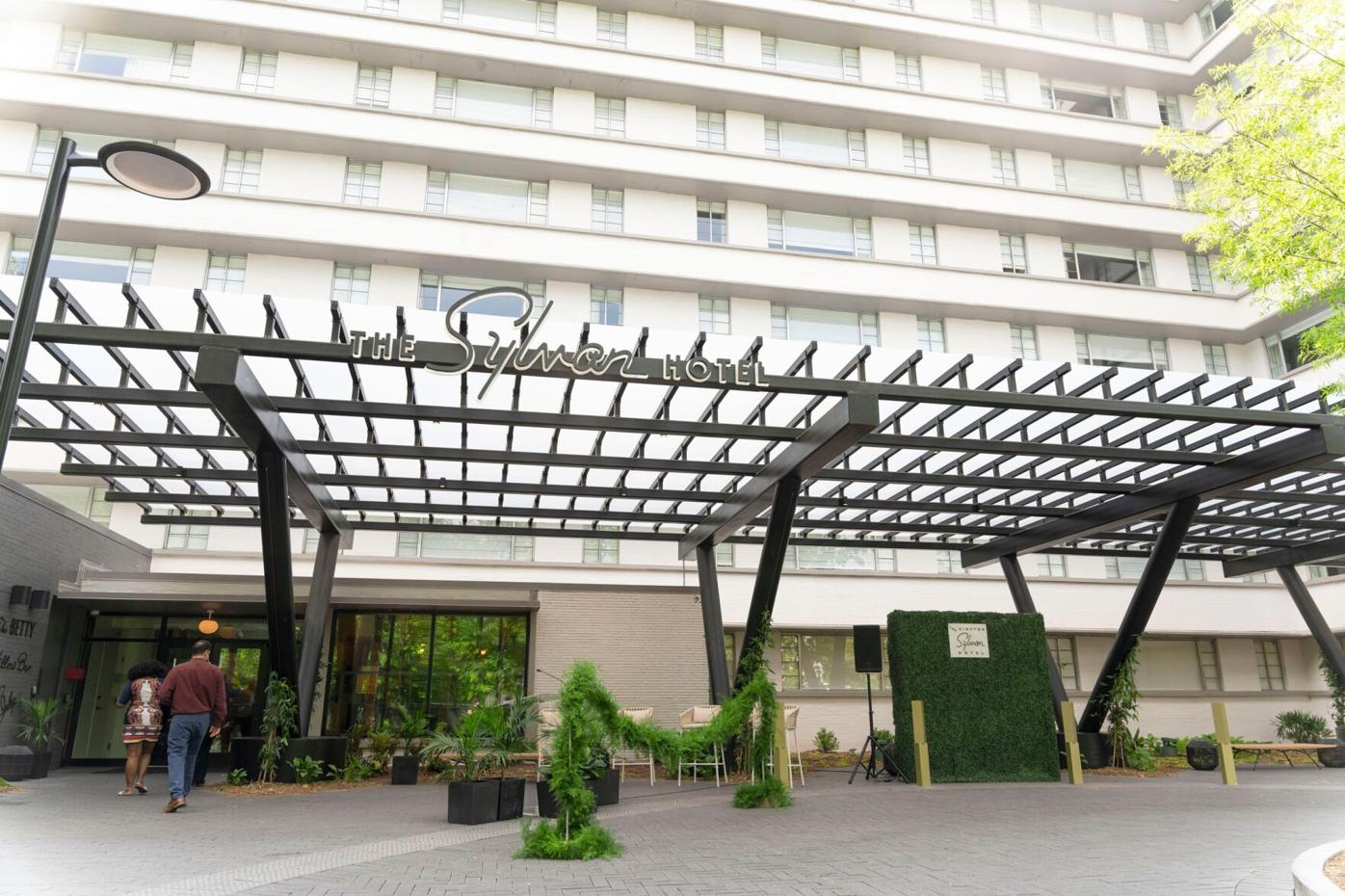 The Kimpton Sylvan Hotel in Buckhead opened in a former 1950s residential building. 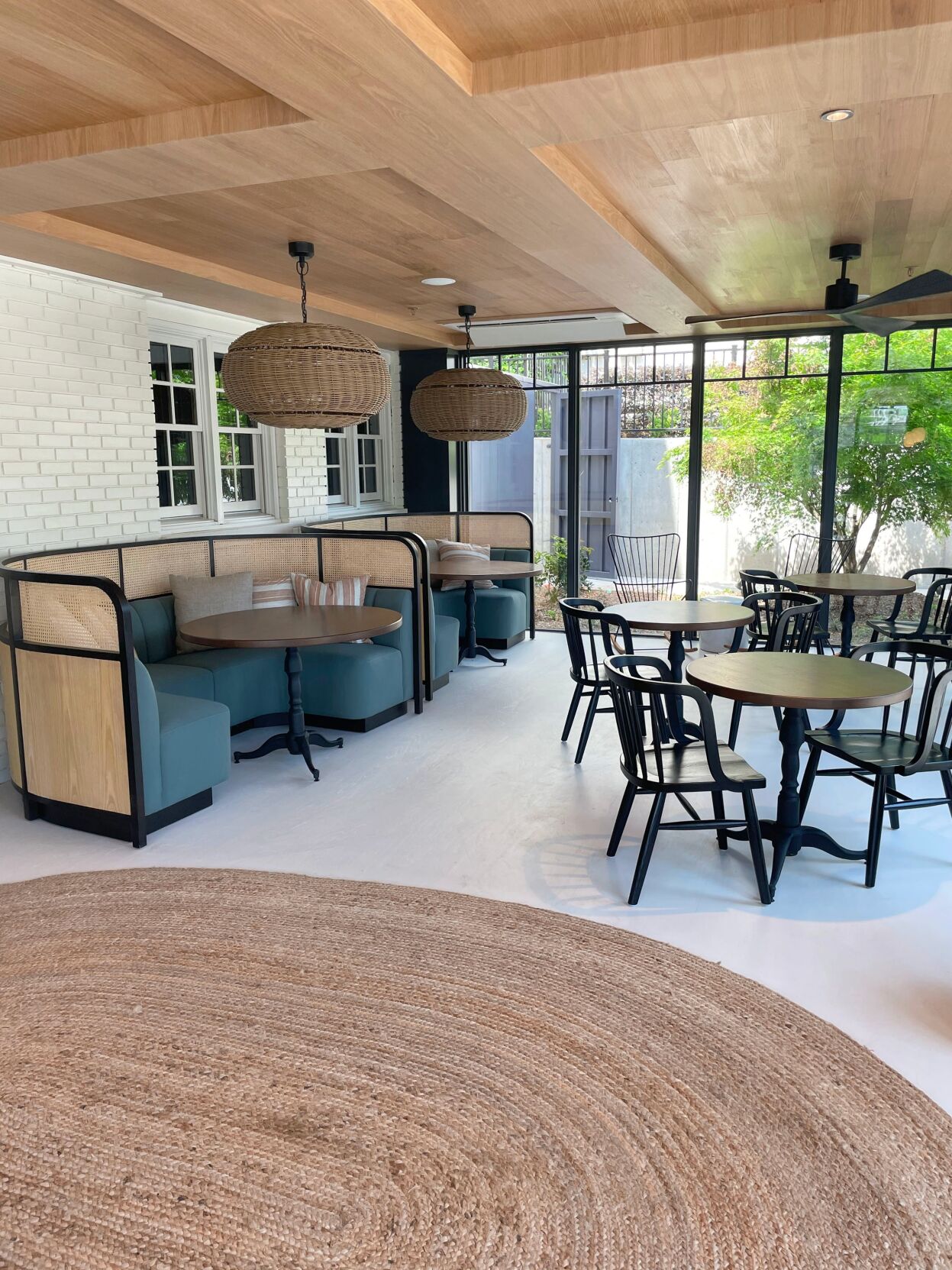 The Wylie Hotel in the Old Fourth Ward includes a lobby with comfortable seating areas.

Bellyard’s rooms include ones with two queen beds, such as this one.

Pictured is the lobby of the Bellyard hotel in west Midtown.

The Kimpton Sylvan Hotel, front, is located on East Paces Ferry Road in the heart of Buckhead.

The lobby at the Kimpton Sylvan Hotel in Buckhead.

The Wylie Hotel in the Old Fourth Ward is a refurbished version of the original Garner Wallace Hotel that opened nearly a century ago.

The Kimpton Sylvan Hotel in Buckhead opened in a former 1950s residential building.

The Wylie Hotel in the Old Fourth Ward includes a lobby with comfortable seating areas.

This article was updated May 26 at 6:55 p.m. with additional information about the Kimpton Sylvan Hotel, along with photos, added.

Three new hotels have opened in Atlanta, a sign that the city is coming out of the COVID-19 pandemic that has wreaked havoc on the hospitality industry.

They join the Epicurean Atlanta hotel, which is expected to open late this summer in Midtown.

Each hotel’s representative was asked why they decided to open amid the outbreak.

“The travel industry is recovering from the pandemic faster than originally expected and being the only hotel in west Midtown, we offer the Atlanta visitor a new stay experience in the city,” Bellyard General Manager Brendan Abraham said in an email. “We will continue to take advantage of the strong weekend demand and with restrictions being lifted, we hope to welcome back corporate and group business soon.”

In an email, a spokesperson for the Wylie Hotel in the Old Fourth Ward, added, “The team began renovations on the project in 2019, before the pandemic’s onset, and are hoping to welcome business travelers, visitors and native Atlantans as travel begins picking back up in the coming months. The building has a truly distinguished past, and all partners involved were excited to preserve a piece of that history, while bringing new life to the space.”

Here’s a look at each hotel:

Bellyard, owned by Three P Partners and operated by Pivot, opened May 18 in west Midtown. Located in The Interlock mixed-use development, it has 161 contemporary suites and guestrooms and is part of Marriott International’s Tribute Portfolio.

It includes Drawbar, an American tavern-inspired eatery led by Executive Chef Christina Wai. The hotel will also feature an outpost of St. Germain French Bakery, which is expected to open in June.

“Our vision for Bellyard is a destination that mirrors the soul and surroundings of Atlanta’s West Midtown neighborhood, where both residents and travelers can create genuine connections,” Abraham said in a news release. “Bellyard embodies a refined, yet approachable escape that replicates the feeling of staying at a lifelong friend’s home.”

Bellyard has about 7,000 square feet of versatile indoor and outdoor event space, a round-the-clock fitness center featuring Peloton bikes and an ideal setting among some of the city’s top restaurants, retailers and entertainment hubs.

The Kimpton Sylvan Hotel in Buckhead opened in February. Owned by the Kimpton Hotel & Restaurant Group, it opened in a former 1950s residential building and has a modern contemporary décor.

It has 217 guest rooms, a “living room” lobby, a private pool and more than 4,000 square feet of meeting and event space. The name “Sylvan” comes from the Latin term “silva,” meaning “forest,” and the hotel has embraced Atlanta’s nickname of the “city in the forest” by incorporating nature into its design, from oak trees outside to planters inside.

The Sylvan is located at 374 E. Paces Ferry Road in the Buckhead Village. For more information, visit https://bit.ly/2Tl7UcJ.

The Wylie Hotel, owned by Kim King Associates and Mainsail Lodging & Development, opened May 17 in the former 551 Ponce de Leon Hotel site in the Old Fourth Ward. The boutique hotel has 111 rooms.

The 551 Ponce de Leon Hotel, which opened in the 1920s as a stopover to downtown Atlanta on the old trolley line, had fallen into disrepair in recent years. Kim King Associates bought the building in 2019 and worked with Francis “Butch” Ross of Ross Hotel Partners to engage Mainsail to oversee the hotel’s management. All parties are hoping to pay homage to the hotel’s past lives (it was originally called the Garner Wallace Hotel), incorporating small touches to bring its century-long stint on Ponce de Leon Avenue to the forefront.

“With Old Fourth Ward being one of Atlanta’s most historic neighborhoods, we are excited to preserve the history of the surrounding community, while bringing new life into the building,” Kim King Associates CEO Beau King said in a news release. “Once the opportunity presented itself, our team knew this property would be something special, and we can’t wait to show the incredible work done to such a memorable place.”

The Wylie will include Mrs. P’s Bar & Kitchen, a Southern-inspired restaurant set to open in June. The hotel’s renovations are being led by architectural firm Stevens & Wilkinson and interior design firm Pixel Design Co.

Hyatt House Atlanta/Perimeter Center, a new hotel in Sandy Springs’ medical district, opened March 3 and will have its ribbon-cutting ceremony…

Hotel Colee, which was transformed from the W hotel and opened in December, is Buckhead’s first one in the Autograph Collection Hotels group u…

Paul Nair said he doesn’t plan to reinvent the gas station/convenience store concept but does aim to “enhance” it with his latest business, Ur…

In April, May and June, the first tenants in The Interlock, a new $450 million mixed-use development in west Midtown, opened their doors.

Congrats, now start hiring a lot of security, welcome to the new Chicago.