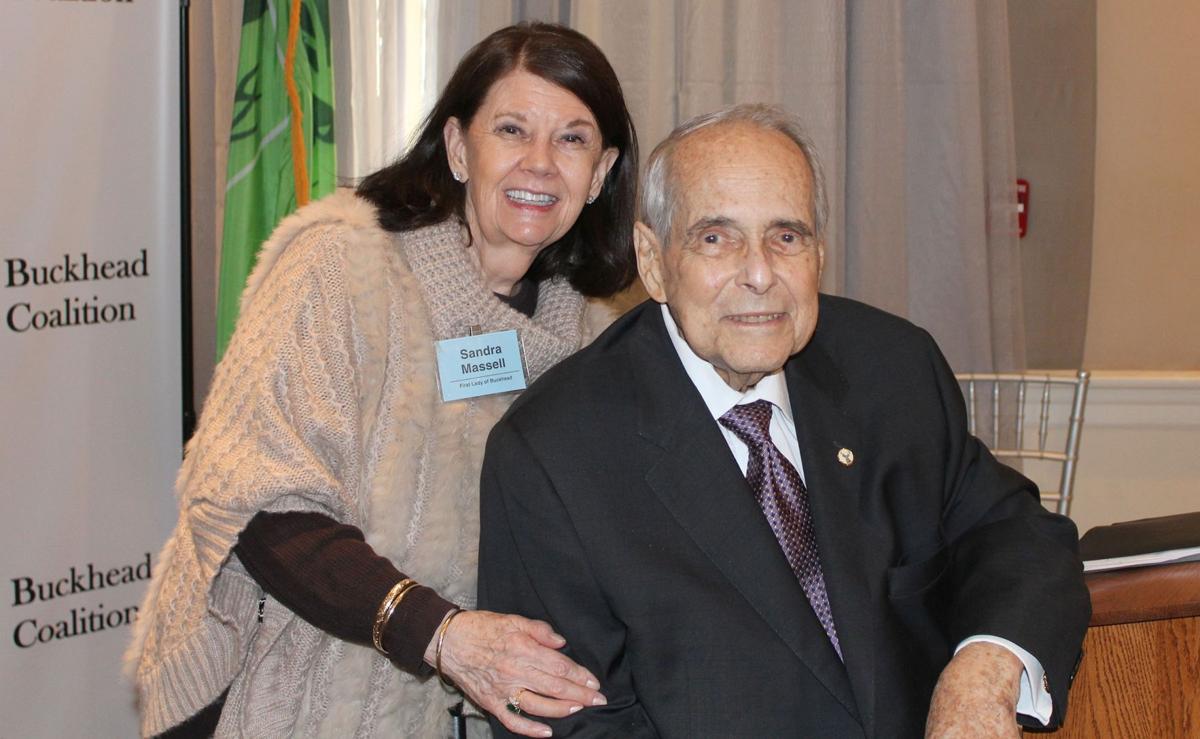 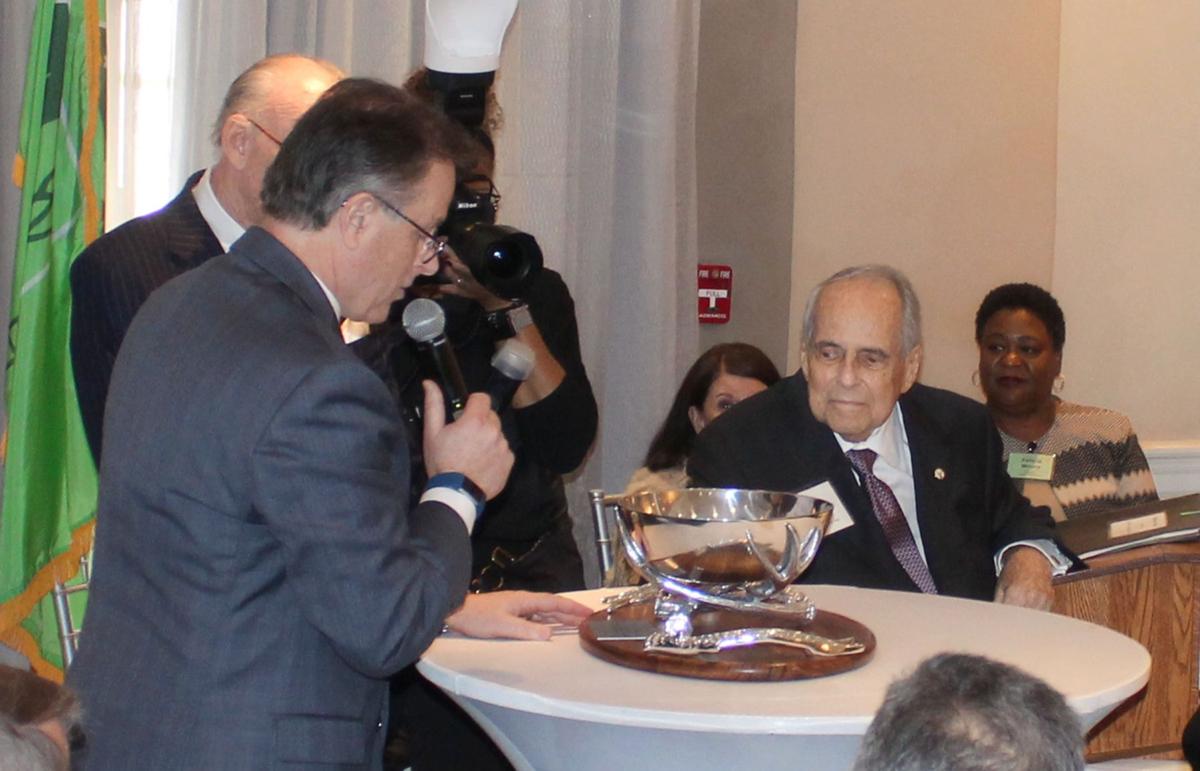 Buckhead Coalition President Sam Massell, right, looks on as Executive Vice President Garth Peters, left, reads the inscription attached to a silver bowl given to Massell as a retirement gift at the organization’s annual luncheon Jan. 29 at 103 West in Buckhead.

Buckhead Coalition President Sam Massell, right, looks on as Executive Vice President Garth Peters, left, reads the inscription attached to a silver bowl given to Massell as a retirement gift at the organization’s annual luncheon Jan. 29 at 103 West in Buckhead.

Sam Massell, who has been the face of the Buckhead Coalition since its inception, is stepping down.

“Today, after 32 and a half years, I am announcing that I’ve decided to retire,” said Massell, who has served as the organization’s president since he co-founded it in 1988.

He made the announcement at the coalition’s annual luncheon Jan. 29 at 103 West in Buckhead. The coalition is a chamber-like organization of 100 CEOs promoting the community, and as its president Massell, a former Atlanta mayor, has served as the unofficial mayor of Buckhead.

“There’s a lot of media here. They’re all going to ask the same question: Why? I have no earthly idea,” Massell said, but then he hinted his wife Sandra may have had something to do with it. “Let’s give her a round of applause.”

After the luncheon, when asked by the Neighbor if she had anything to do with his retirement, his wife said she would do “whatever he wants.”

While Massell’s retirement comes as a bit of a surprise, it’s not a total shock. He is 92½ and has had some health problems in recent years. Massell said the effective date of his retirement has not been announced yet.

“That’s got to be worked out with the succession committee headed by Dave Stockert,” he said. “He’d be the one to ask. They’ll be meeting soon.”

Massell’s replacement also has not been announced yet.

His retirement announcement came at a luncheon where newly appointed U.S. Sen. Kelly Loeffler, R-Atlanta, a Buckhead resident, was scheduled to speak. But she had to skip the event due to President Donald Trump’s impeachment trial.

Massell used that time to talk about the history of the coalition and its impact on Buckhead.

“The dues would be high enough to generate a $1 million annual operating budget,” he said, later mentioning some of its accomplishments. “We’ve got a place that’s the address of choice that keeps growing in business and growing in population. It nurtures the quality of life for those who live, work and play in this area of development and progress.”

Joe Evans, the coalition’s chair and the vice chair of Cadence Bank, paid tribute to Massell after he announced his retirement.

“Sam, I have a sense of what the Israelites felt when Moses stepped down,” he said, drawing laughter from the crowd. “... My first exposure to Sam happened about a half a century ago when I was a student at Georgia Tech. My favorite radio station was WQXI-AM, 790 on the AM dial.

“I turned on the radio to listen to ‘Skinny’ Bobby Harper. I heard a voice saying, ‘This is ‘Fat’ Sam subbing for ‘Skinny’ Bobby.’ It was none other than newly elected Mayor Sam Massell. In those 50 years Buckhead has seen incredible growth and development. It’s made strides that 50 years ago we would have thought was incredible. I can’t think back about this community and not stand in awe.”

If one does a Google search for the origin of New Year’s resolutions, one would find they began more than 4,000 years ago in ancient Babylonia.

Expressing appreciation to the Rotary Club of Buckhead, of which he is a member, Buckhead Coalition President Sam Massell endorsed its campaig…

As the Buckhead Coalition moves forward with its plan to replace co-founder Sam Massell as its president, there are five candidates for the jo…