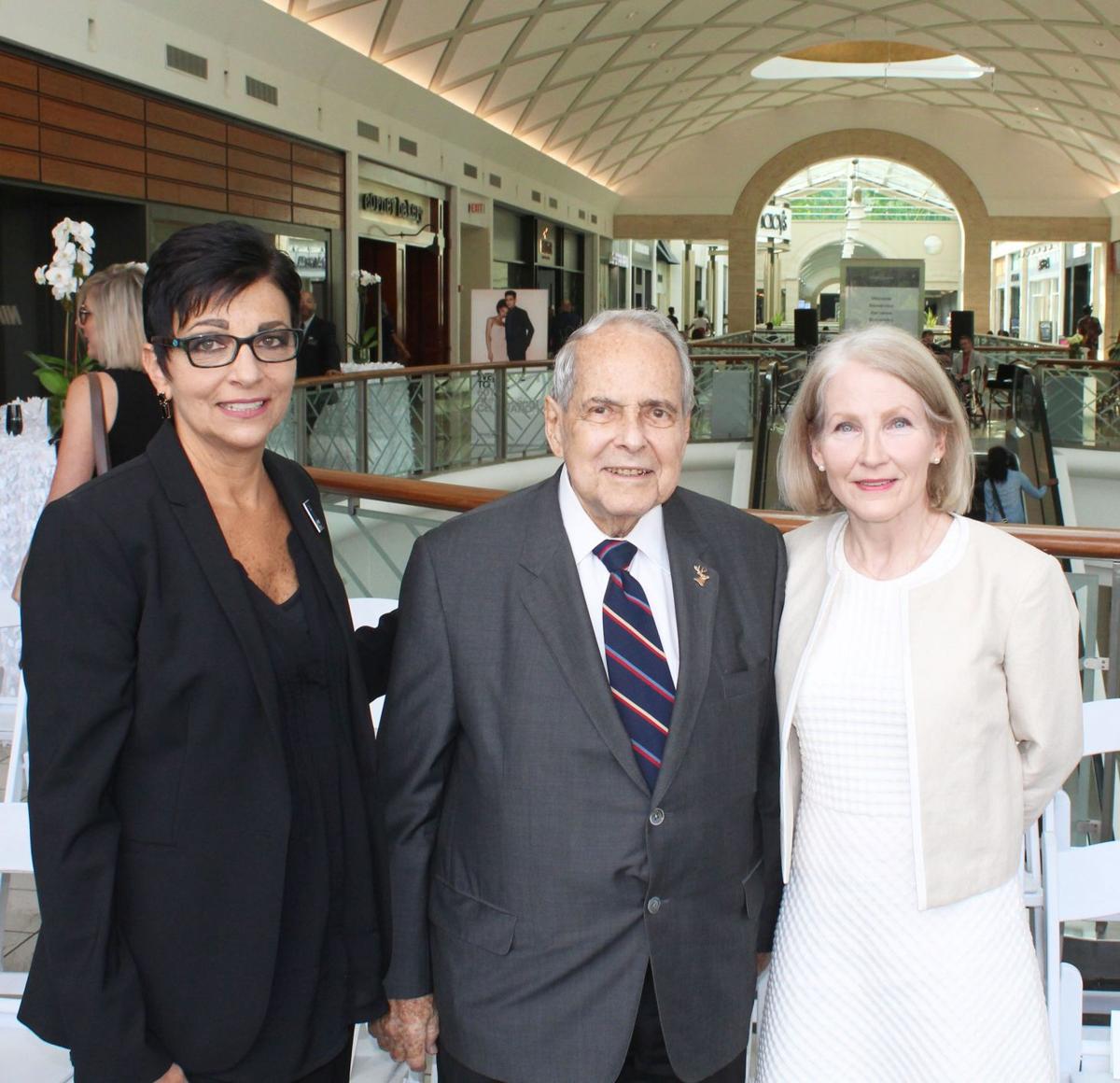 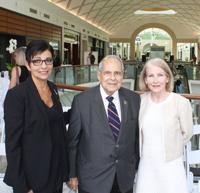 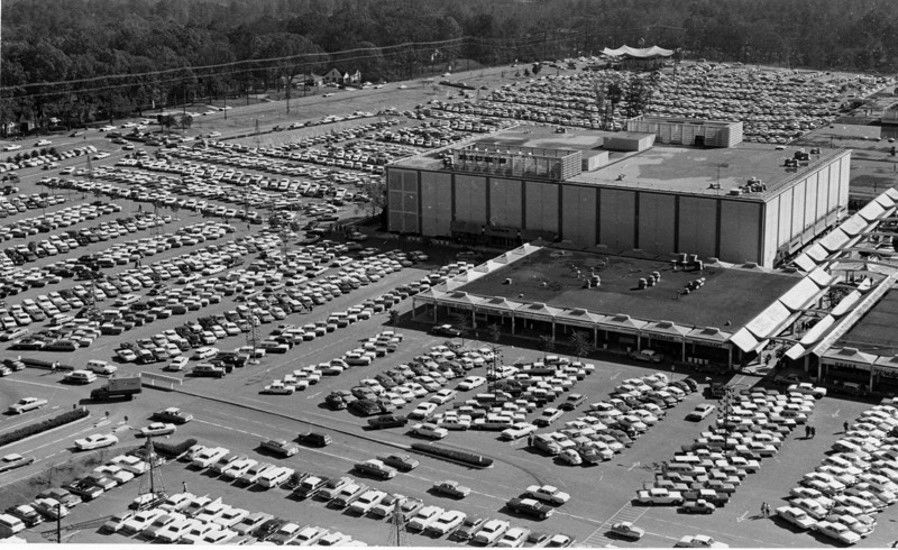 Lenox Square mall is pictured in the 1960s. 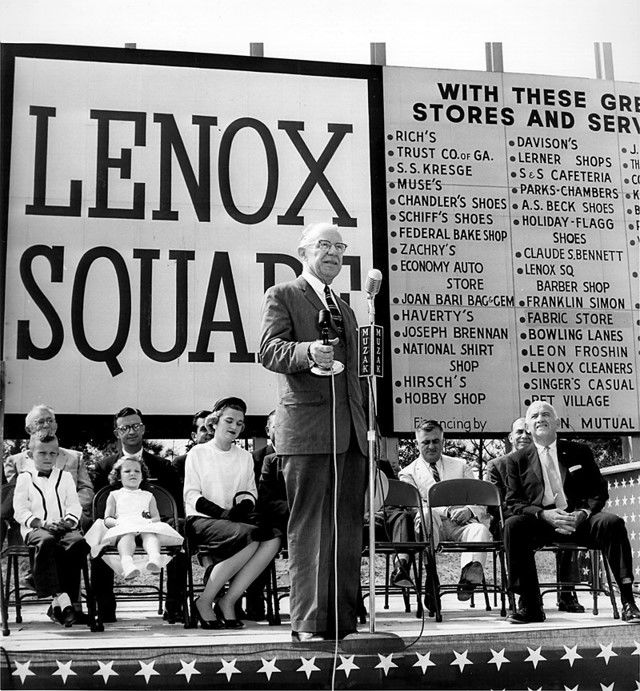 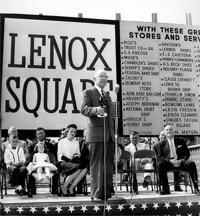 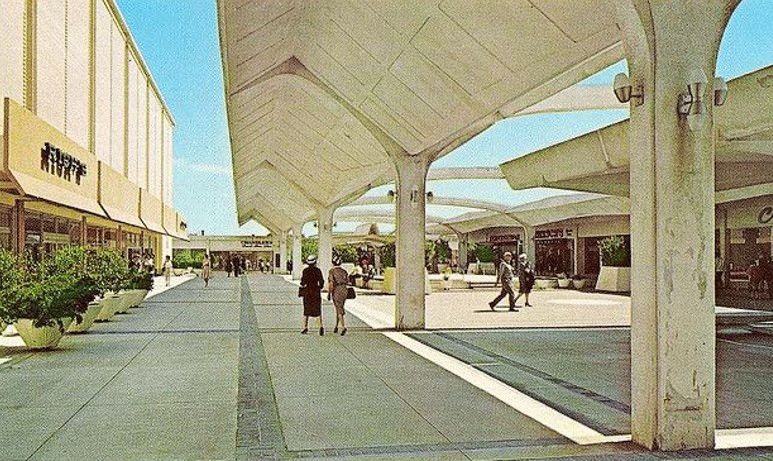 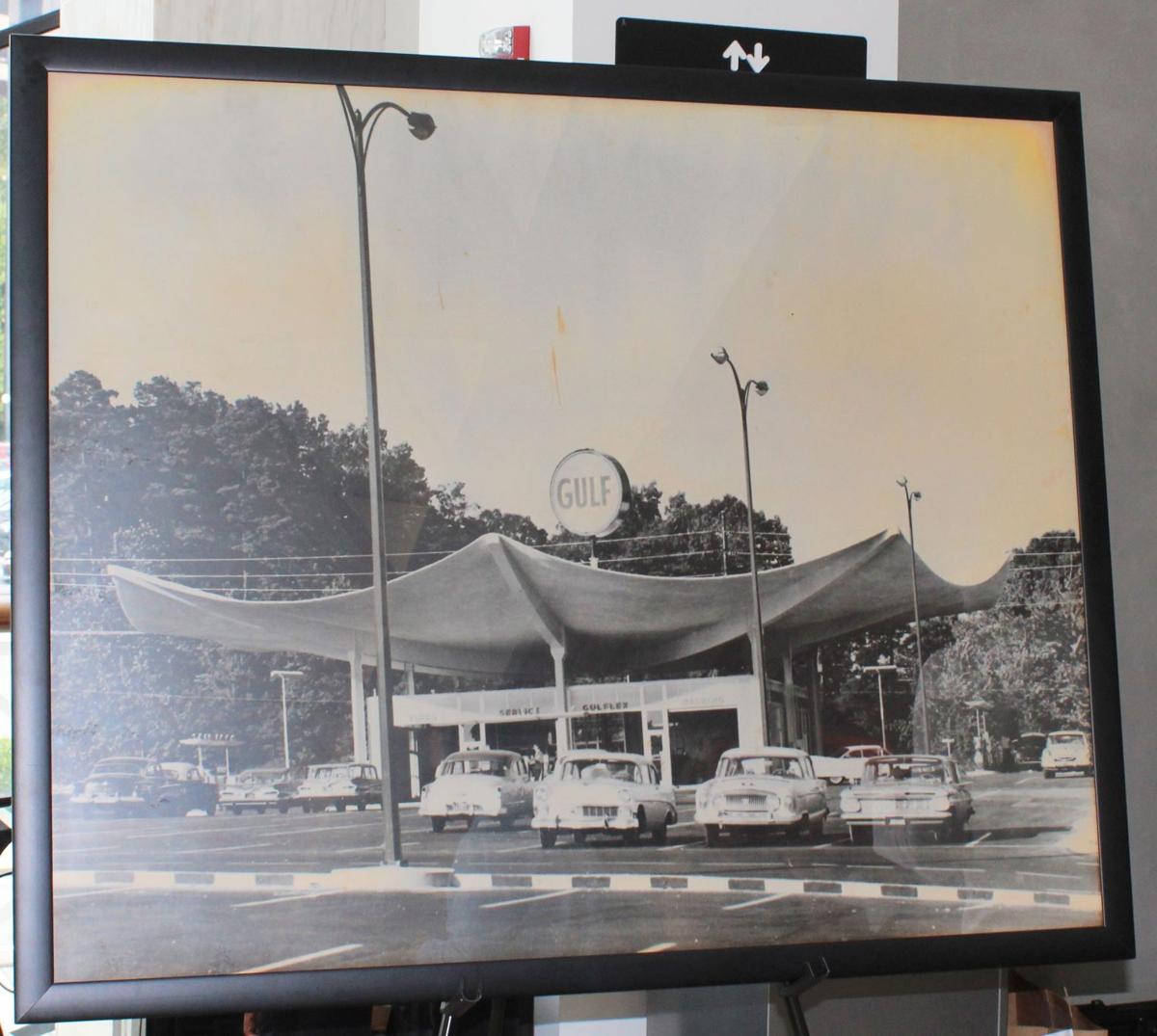 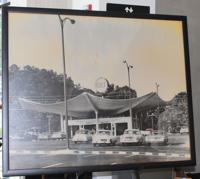 A blown-up photo showing the Gulf gas station that was part of Lenox Square mall when it opened was part of the memorabilia on display at the shopping center’s 60th anniversary celebration event. 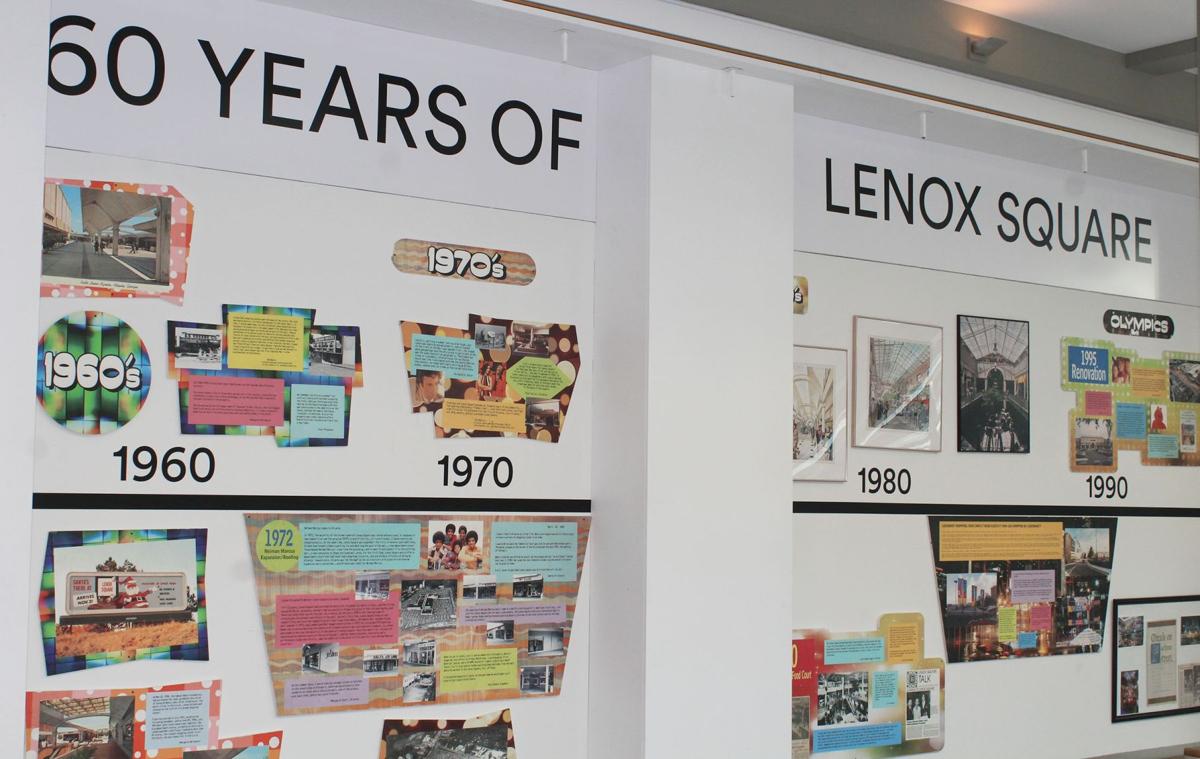 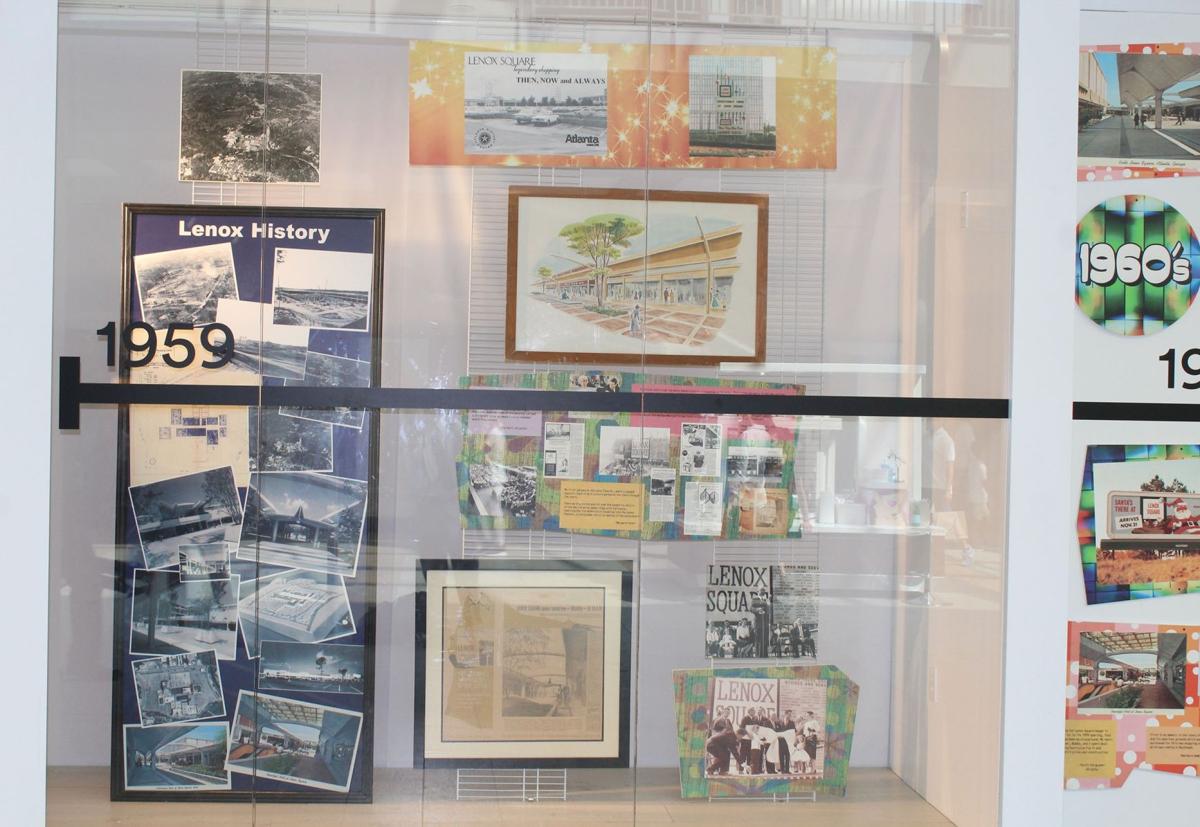 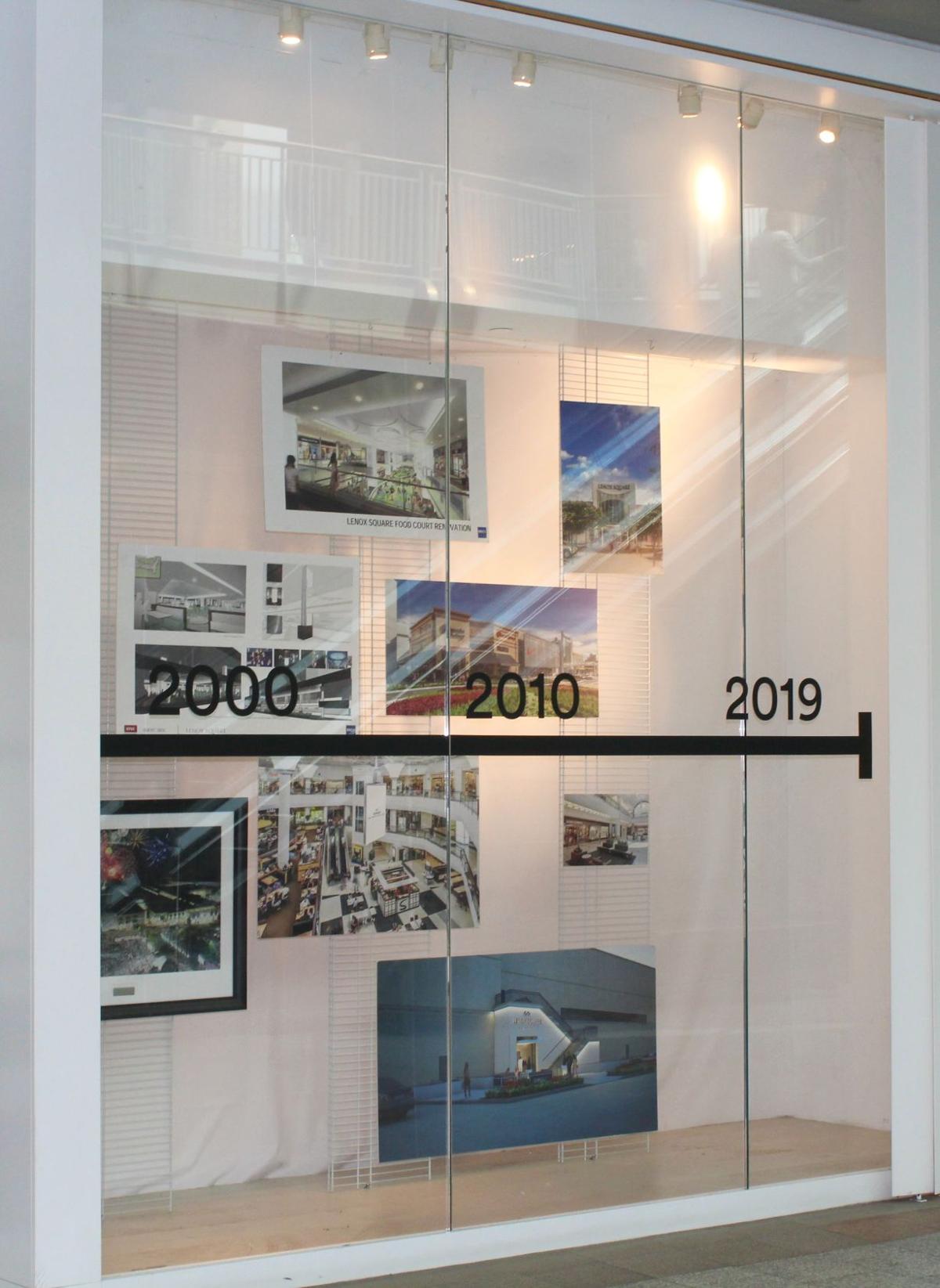 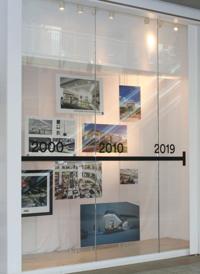 Lenox Square’s exhibit timeline includes photos chronicling the mall’s history, including the period from 2000 to today.

Lenox Square mall is pictured in the 1960s.

A blown-up photo showing the Gulf gas station that was part of Lenox Square mall when it opened was part of the memorabilia on display at the shopping center’s 60th anniversary celebration event.

Lenox Square’s exhibit timeline includes photos chronicling the mall’s history, including the period from 2000 to today.

At the time there were only four malls nationwide.

“He met a broker on an airplane who told him about a property for sale, the John Ottley estate, Joyeuse,” his daughter, Vivian DuBose, said of the land, which was in the country then. “When his taxi drove him to see the estate, it drove right past it for a couple of miles at first. He put in a contract on the property, and the local banker all but laughed at him when he applied for a loan. He was 28 years old with a bold vision.”

Noble died in 2016 but his legacy lives on. Lenox opened Aug. 3, 1959 as the Southeast’s first regional mall. It celebrated its 60th anniversary with an event Aug. 1 inside the mall.

“He was able to get (owner) Dick Rich to come out to suburbia with a retail (Rich’s) department store here, which no one else had done,” he said. At the time Rich’s only had its flagship downtown Atlanta location and another in Knoxville, Tennessee.

Massell said another major event in Lenox’s early history was Atlanta Mayor William Hartsfield annexing into the city the property, which at the time was in unincorporated Fulton County.

“It made a big difference in services and benefits and taxes,” he said. “(Lenox) became a retail mecca of the Southeastern United States. It was first class in every way.”

Lindsey Jones, Lenox’s director of marketing, said the mall had 60 shops when it opened as an open-air shopping center. Fast forward to 2019, and Lenox has more than 22 million annual visitors and over 50 retailers exclusive to Georgia. About 200 stores have leased space at Lenox in its history.

Robin Suggs, Lenox’s general manager, has been associated with the mall for more than 25 years in her jobs with Simon and CPI, its previous owner. Suggs, who grew up in north DeKalb County, talked about the mall’s early days, when its slogan was “Everything’s there at Lenox Square.

She read off a menu for Yohannan’s Restaurant, which was one of the mall’s first tenants. It had a “mouth-watering roast leg of lamb” entrée that cost only $1.55 (including sides and a drink) and a Peach sundae dessert that was only 25 cents.

“It’s exciting it is still a wonderful place to shop, and it still remains vibrant and current and a great place for Atlanta, said DuBose, president and CEO of Noble Properties Inc., the company her father founded.

Said Suggs, “The fact that I’ve been associated with the property for a good portion of that is very rewarding, to just see how the property has evolved and changed and propelled Buckhead forward. When this property was built, this (area) was a riding field and there were residential houses. All that you see just grew up around the property. That alone is just a very rewarding thing.”

Across from Banana Republic on the mall’s lower level, Lenox’s marketing department in late July opened an exhibit timeline with photos depicting different milestones in the history of the mall. It will be on display through the end of the summer, with no closing date announced yet.

The AJC Peachtree Road Race completed its 50th edition on the Fourth of July with more than 60,000 participants in the annual Atlanta event.

Buckhead’s Zesto welcomes old and new as it turns 70

The Zesto restaurant in Buckhead has stood the test of time because it embraces not only the 1950s culture, even down to the Googie architectu…

Looking for a job in Fulton County? Check out this expo coming to College Park

WorkSource Fulton will host its first 2019 Community Expo on August 8. The Expo, hosted by the WorkSource Division, will be held from 10 a.m. …

Le Colonial, the upscale French Vietnamese restaurant that has already developed a following in five other cities, has opened in Buckhead.

The Springer Mountain Farms Southern Wing Showdown has announced its chef lineup for this year’s event.

Southern Art & Bourbon Bar in Buckhead is hosting one last summer bash before the season ends.

Dr. Gary Voccio: Our community is moving in the wrong direction

How to get rid of mosquitoes

Arrest records from the Saturday, July 4, edition of the Calhoun Times