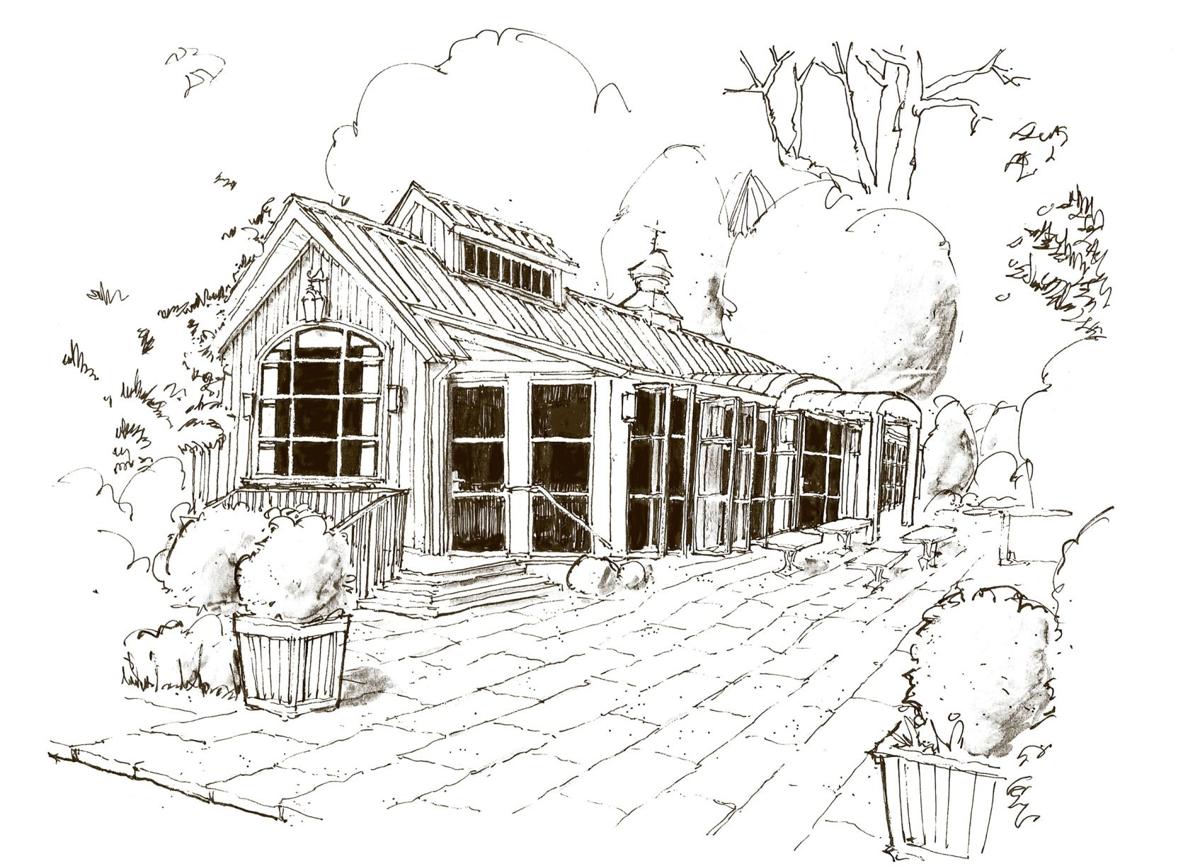 This sketch/rendering shows what The Chastain will look like once complete. 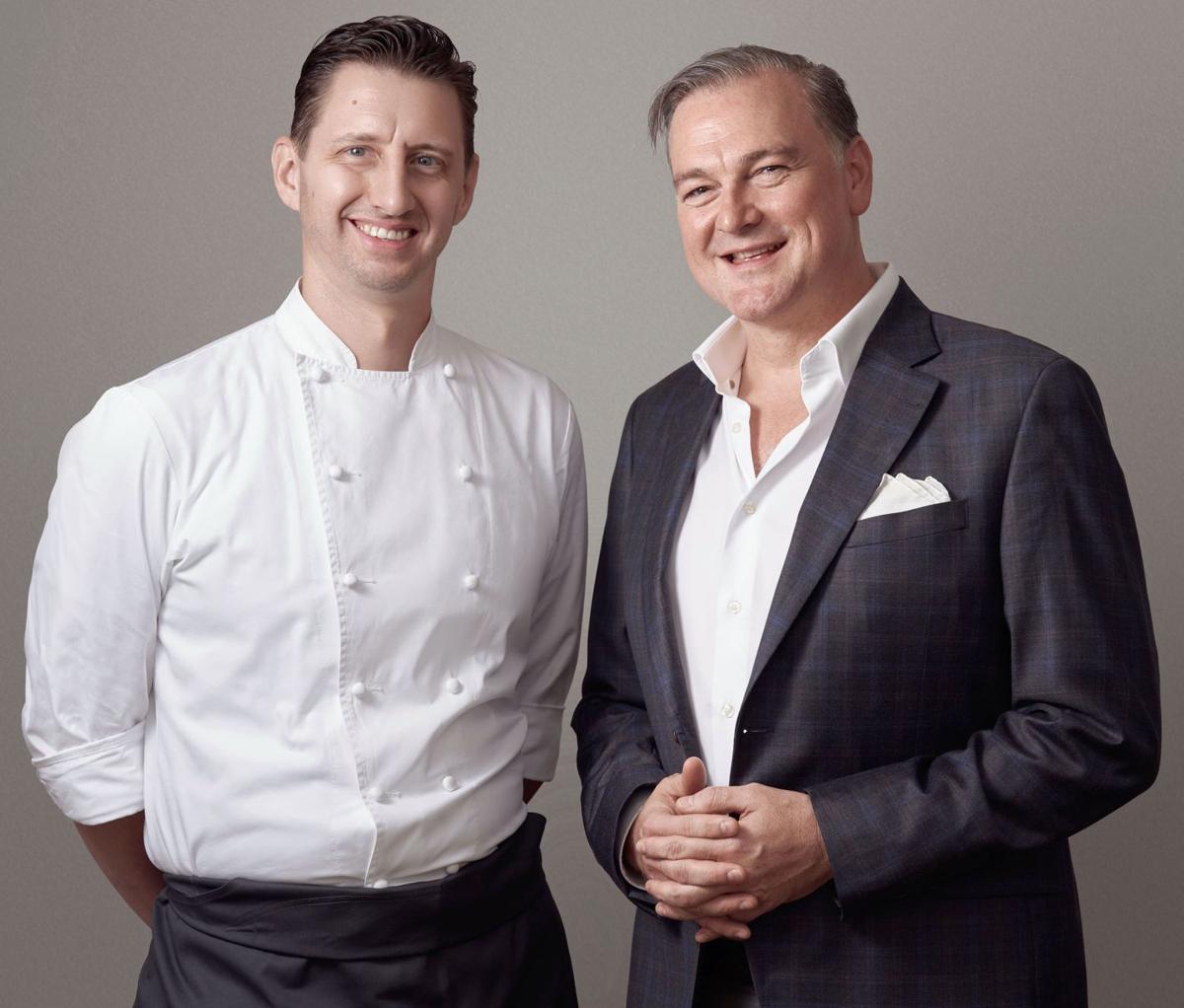 The Chastain is co-owned by, from left, Chris Grossman, the executive chef, and Geno Dew, the general manager.

This sketch/rendering shows what The Chastain will look like once complete.

The Chastain is co-owned by, from left, Chris Grossman, the executive chef, and Geno Dew, the general manager.

This article was updated Feb. 13 at 11:59 a.m. with quotes and information from Horseradish Grill owner Steve Alterman.

If you want to eat Horseradish Grill’s skillet-fried chicken or any other signature items on its menu, you better hurry. The Buckhead restaurant, which was sold last year and is located next to Chastain Park, is closing Feb. 15 for renovations.

When it reopens this summer at a date to be determined under new ownership, it will be transformed into The Chastain, a new concept from co-owners Christopher Grossman, the executive chef, and Geno Dew, the general manager. Grossman and Drew previously served in similar roles at Atlas restaurant inside the St. Regis in Buckhead, and at The Chastain, Dew will help lead its wine program.

According to a news release, Grossman “will draw inspiration from the best local ingredients and seasonal harvest to create dishes ranging from classic favorites to inventive new takes.”

“Everything at The Chastain will be made from scratch and prepared to showcase Grossman’s decades of experience in some of the nation’s top kitchens,” the release stated. “He is creating the menu around a variety of craveable dishes as a ‘choose-your-own-adventure’ to be enjoyed in a comfortable setting.

Horseradish, which was owned by Steve Alterman, was open for nearly 25 years. In an interview, Alterman said the restaurant will be open for both lunch and dinner Feb. 15, adding its closure is bittersweet.

“It’s a milestone in my life as well,” he said. "The restaurant’s in great hands. The (co-owners), in my opinion, understand and respect what we’ve been trying to do over the years. I will miss it but I’m also looking forward to the next chapter in my life.”

Alterman is retiring and plans to spend more time with his wife Marci and their family, but he will remain involved with the new restaurant as an investor.

“I will absolutely miss all of my guests (from) over the years,” he said. “It’s been a great opportunity to be part of that community and to share our life occurrences together.”

Of the transformation to The Chastain, Dew said in the release, “We’re honored to be stewards of the next chapter of such an iconic Atlanta restaurant location. Our team is building this restaurant for the neighborhood, and we look forward to preserving its warmth and character while offering an exceptional new culinary experience.”

Located inside a former roadside country store, The Chastain will honor the building’s history while opening up the 2,500-square-foot main floor space for a brighter atmosphere “that brings the outdoors in,” the release stated.

The Atlanta firm Siegel Construction & Design is leading the project, which will keep the feel of the restaurant and feature large iron windows that connect the inside with multiple patios and the garden. According to the release, an interior wall will be knocked out to provide more room for a u-shaped neighborhood bar surrounded by cafe tables. The lower level will be a space ideal for special events such as wine dinners and private parties.

The release also stated a garden on the property will be a focal point, with iron-rimmed glass windows and doors opening directly onto the landscape. A stone patio surrounded by foliage will offer outdoor dining options. As Alterman did with Horseradish, Grossman plans to source some ingredients from the on-site garden for The Chastain’s menu.

A new Buckhead apartment community with a familiar name has opened.

Pinstripes is bringing bistro, bowling and bocce to Phipps Plaza

A new dining and entertainment concept is coming to Phipps Plaza in Buckhead as part of its major redevelopment plan.