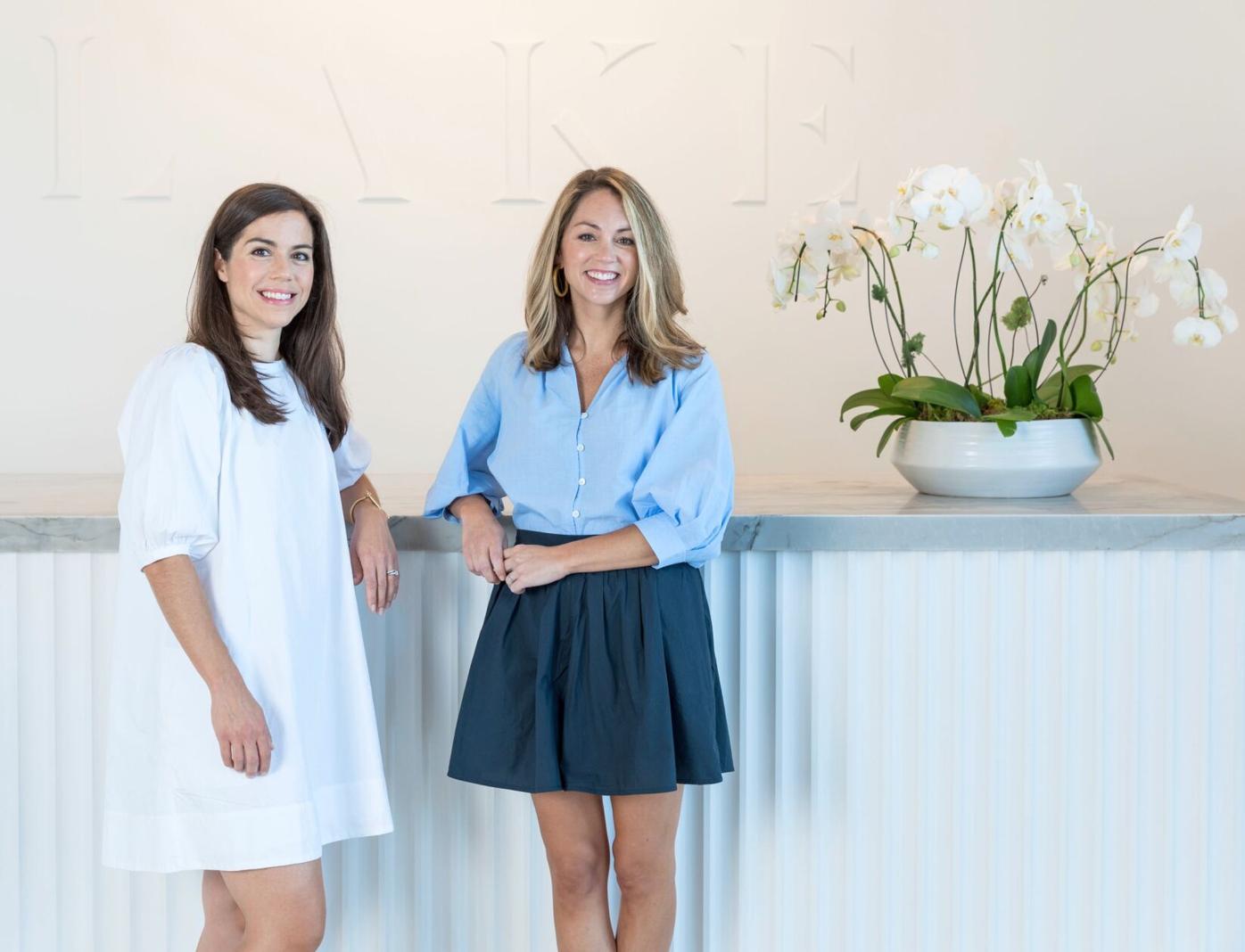 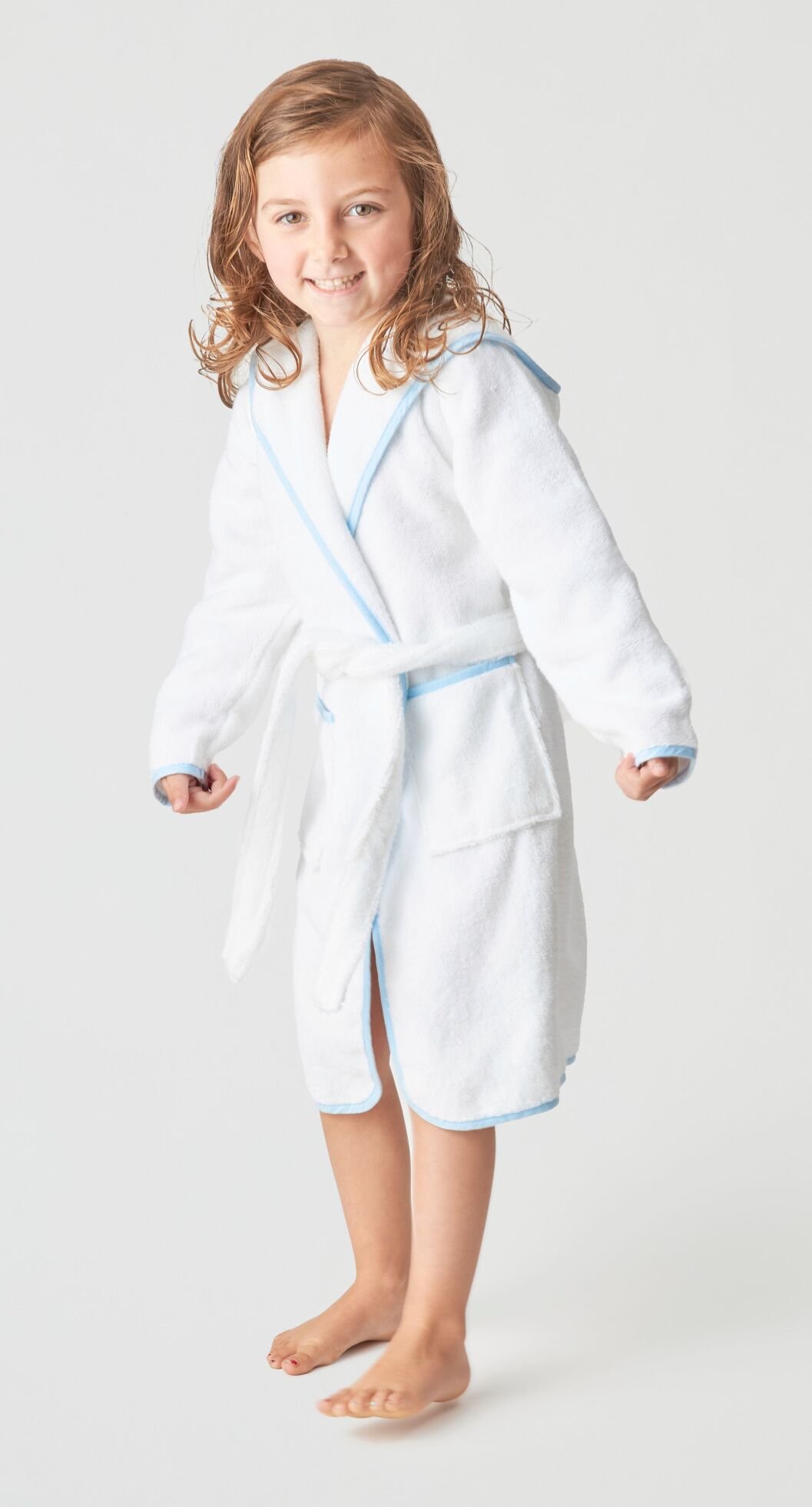 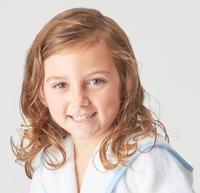 A girl models a robe that is part of Weezie’s Lil Weezie collection. 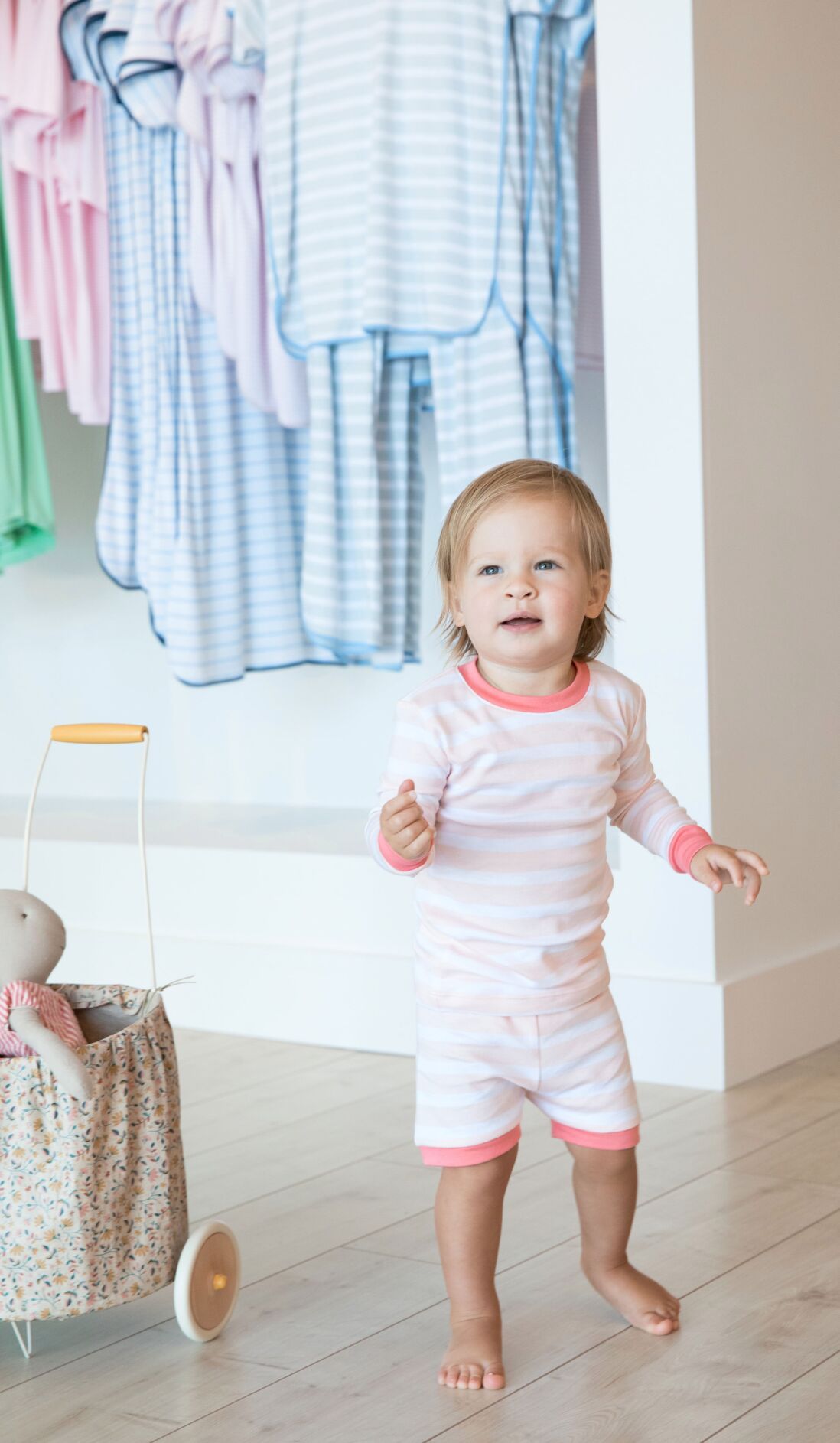 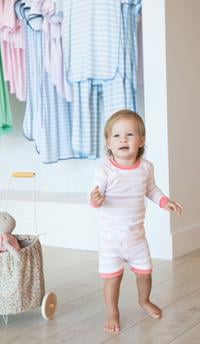 A toddler models some of the pajamas sold at Lake. 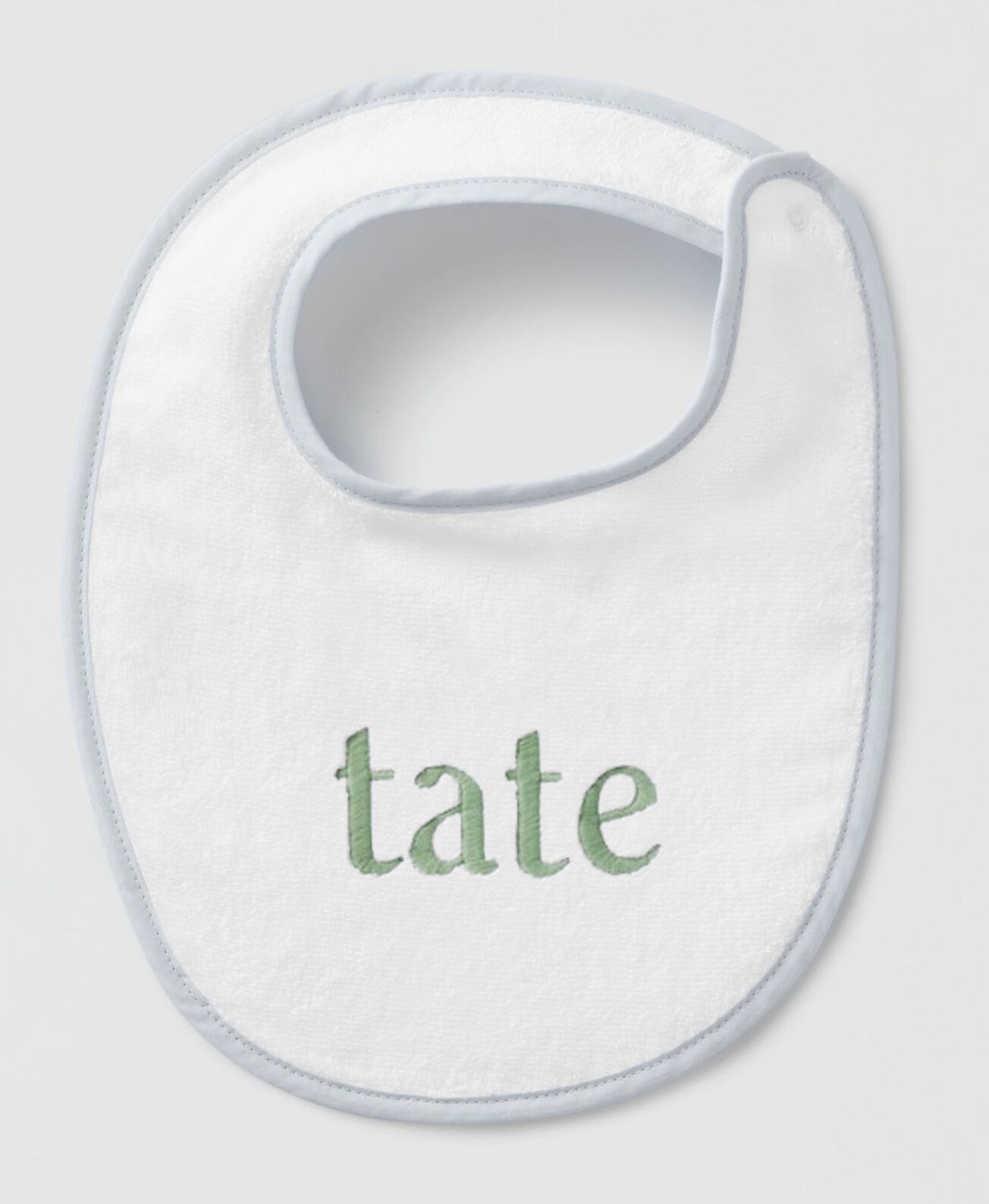 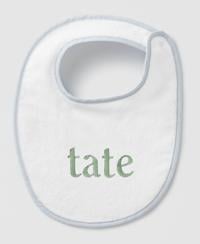 A bib with the name “tate” embroidered on it is part of Weezie’s Lil Weezie collection. 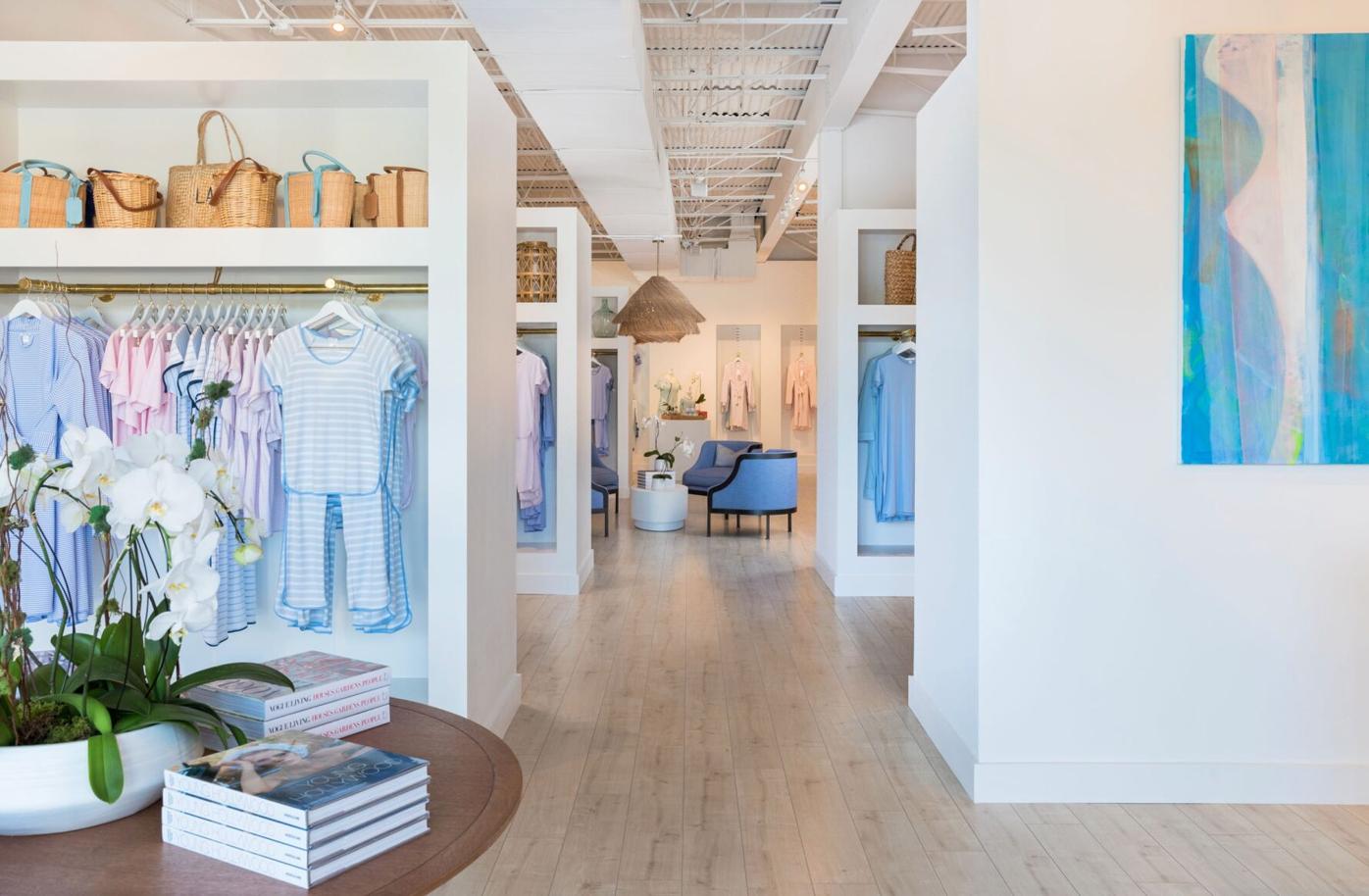 Pictured are some of the pajamas for sale at Lake. 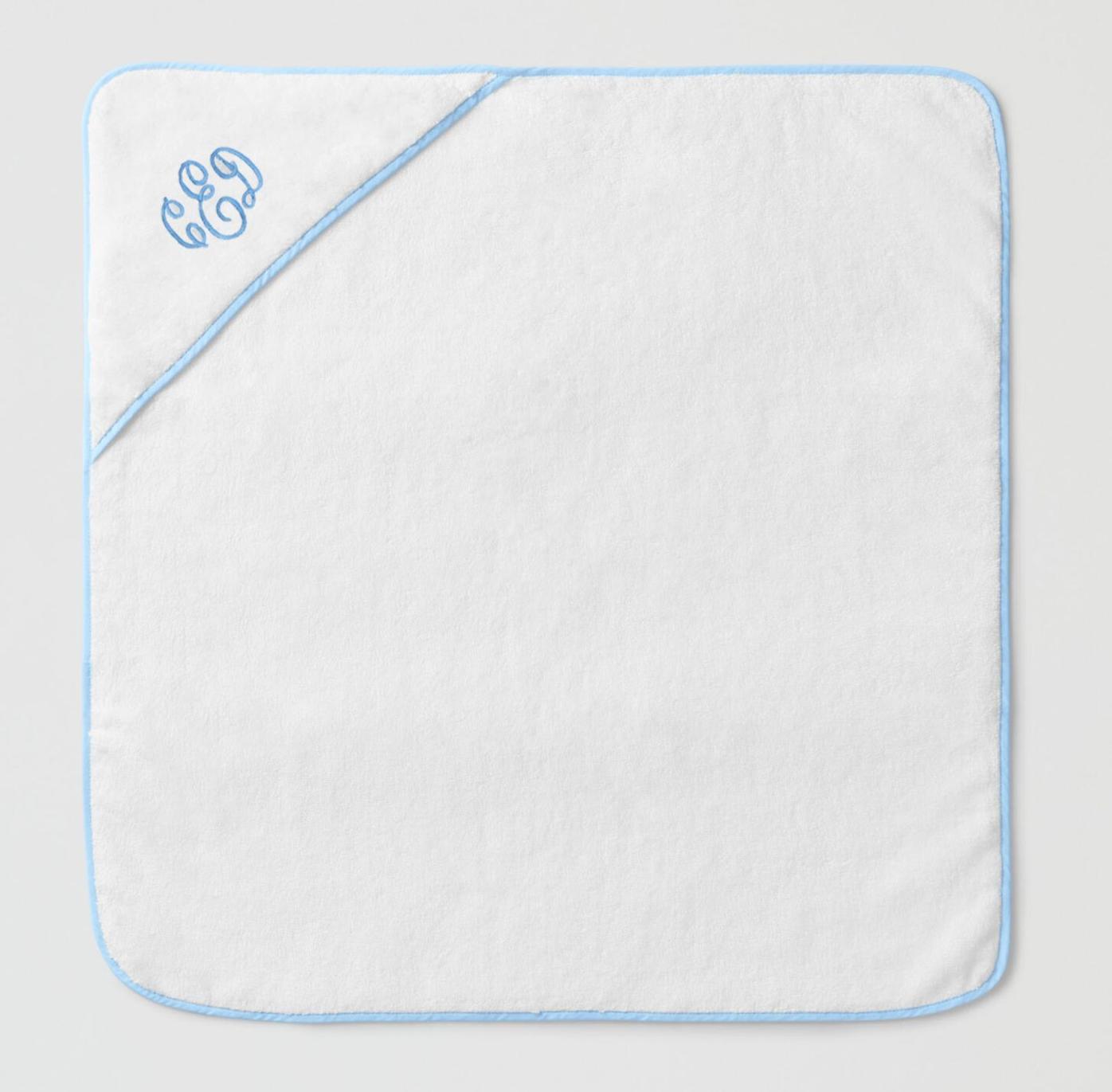 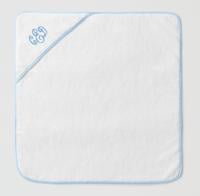 A newborn towel with the initials “CED” embroidered on it is part of Weezie’s Lil Weezie collection.

A girl models a robe that is part of Weezie’s Lil Weezie collection.

A toddler models some of the pajamas sold at Lake.

A bib with the name “tate” embroidered on it is part of Weezie’s Lil Weezie collection.

Pictured are some of the pajamas for sale at Lake.

A newborn towel with the initials “CED” embroidered on it is part of Weezie’s Lil Weezie collection.

Two Buckhead-related businesses selling clothing and other products – Lake and Weezie – have opened a new store and are about to launch two new product lines, respectively.

Lake, a Savannah-based company specializing in pajamas for women, men and children, opened its first Atlanta store and second overall in Buckhead at 3519 Northside Pkwy. NW, Suite B, Aug. 28. Founded in 2014 as a website by Anne Read Lattimore and Cassandra Cannon, it opened its first location in Charleston, South Carolina, in December 2018.

“Anne Read and I really wanted to start a business together,” Cannon said of its start. “We were naturally gravitating toward each other in that we… both had an entrepreneurial spirit. The idea (for the business) was pajamas because it was something that wasn’t in the market. It was either too lingerie-inspired or the traditional men’s button-down pajamas. (We wanted) a classic aesthetic such as a simple T-shirt and shorts. It was something we could not find out there.”

Weezie, a Buckhead-based website founded in 2018, sold makeup towels, bath towels, bath sheets, hand towels and wash cloths when it was launched. Since then its product line has expanded to include beach towels, women’s robes (both short and long style), patterned terry and white terry robes and limited edition beach children’s cover-ups.

On Oct. 28, Weezie is launching a kids’ and babies’ products line under the name Lil Weezie, and on Nov. 11, it’s adding a men’s robes line. The company was co-founded by Liz Eichholz and Lindsey Johnson.

“It really came from a consumer problem that was faced when (Eichholz) was registering for bath towels for her wedding,” said Johnson, also Weezie’s CEO. “There was a myriad of options available and an overwhelming purchasing experience. There are tons of jargons to understand. It was hard to understand what was the best quality and why. It’s a market where, unfortunately, price does not always indicate quality.

“The second part was being disappointed with the product quality for the price point. In the luxury market, you’re wanting the quality to be on the same level as the price. The towel was soft but didn’t absorb the water. When she reached out to a group of friends, of which I was one, about which towels to buy, no one had a great answer. She felt there had to be a better product and a better way to shop for towels. She approached me about the company being launched.”

The Lil Weezie line, which is for children from birth to age 6, will include hooded towels, fitted towels, bibs, wash cloths and robes.

“It was really from a personal need,” Johnson said. “Liz was pregnant when we started the business and kept getting gifts of towels and bath products for her newborn baby. The whole time, she was taking notes on the weight of the product, the shape or the size of the product, little tweaks we could make to improve the product.

“We use 100% organic long staple cotton, which is the best of the best. It’s also OEKO-TEX certified. That means it’s free of any harmful chemicals that oftentimes sneak into these products.”

Since they started working on the Lil Weezie line, both the co-founders and several of their friends had babies, and they used them as test consumers, Johnson said.

The men’s robes line was started to address another customer need.

“We just had so many women who loved their robes so much and had husbands who were jealous,” Johnson said. “A lot of companies do unisex robes, but (they are) sacrificing so many things that compromised for both genders. So we decided to make the perfect women’s robe and a perfect men’s robe.”

Like Weezie, Lake was started partly because of the co-founders’ own children.

“Each of us were new mothers at the time and had a baby under 1,” Lattimore said. “We were fascinated by baby pajamas with pima cotton. That’s what inspired us to find that fabric and make women’s pajamas. We source our pima cotton from Peru.

“Other brands that sell pajamas were treating it as an afterthought. If you asked 10 people, such as 10 of our friends, where to buy pajamas, you would get 10 different answers. There wasn’t a go-to company for pajamas.”

The co-founders said they chose Buckhead as their first metro Atlanta store because of its location and customer base.

“Atlanta has always been our top market for us since we launched in 2014,” Lattimore said. “We were just excited about the area. We love the other stores that are in the same strip (shopping center) and our current e-commerce customer base frequents that area, and we think it’s a nice area to attract new clients as well.”

Lake also has some new styles launching for the holidays and some new fabrics being added, Cannon said.

“Atlanta ’96: Shaping an Olympic and Paralympic City,” the newest exhibition at the Atlanta History Center in Buckhead, aims to examine not on…