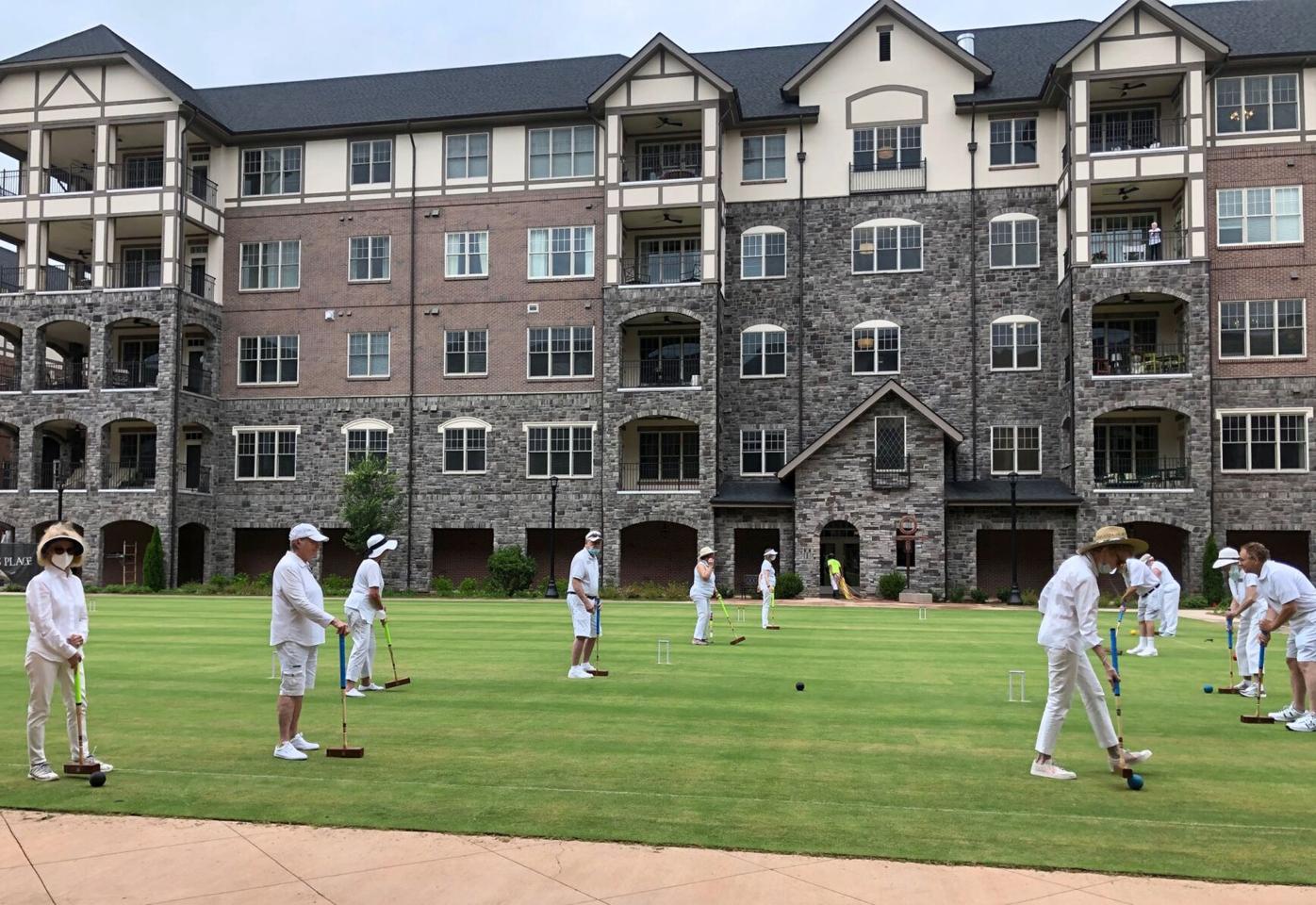 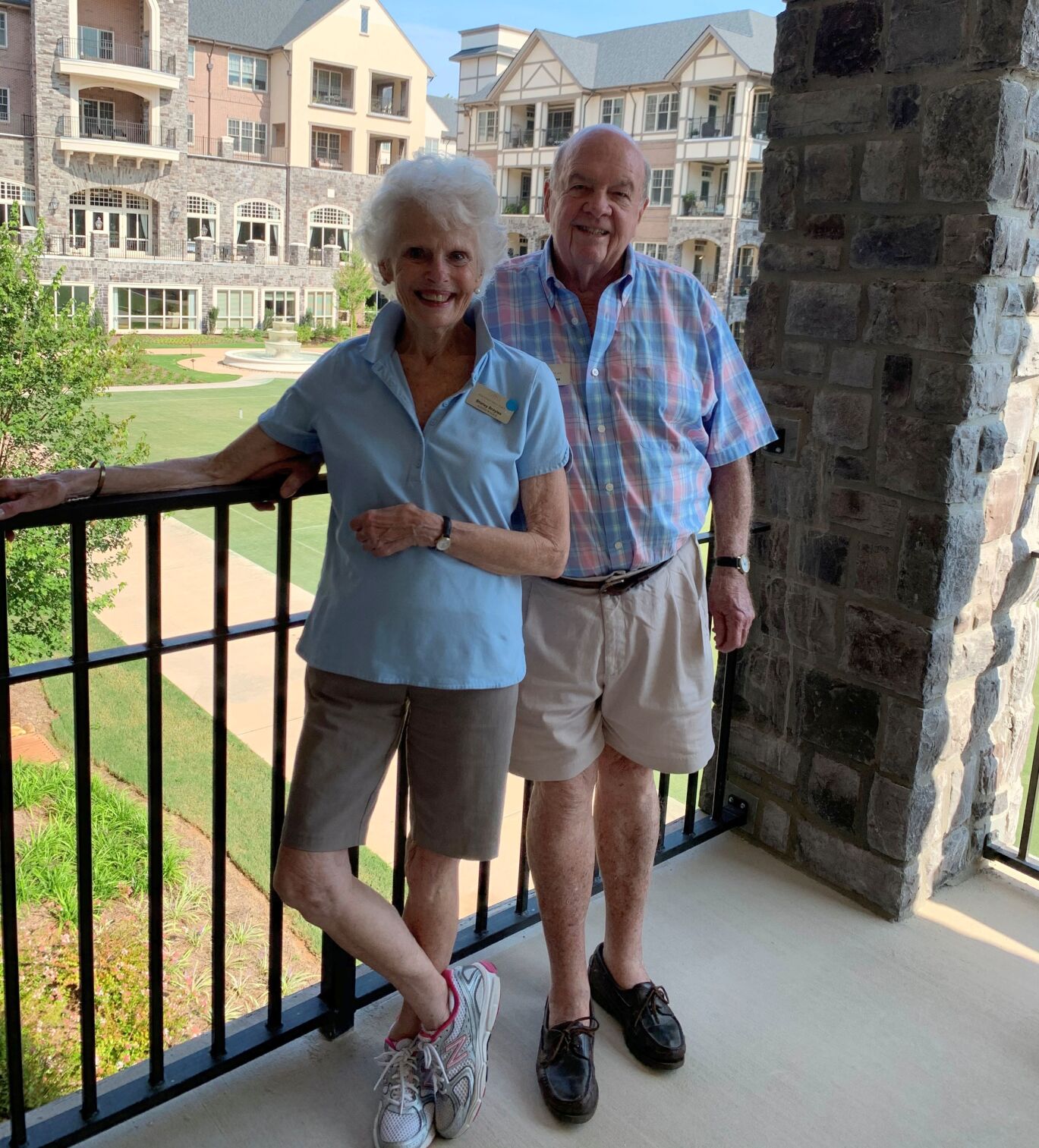 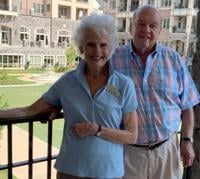 From left, Peachtree Hills Place residents Shirley and Norris Broyles relax with on their condo’s back patio. 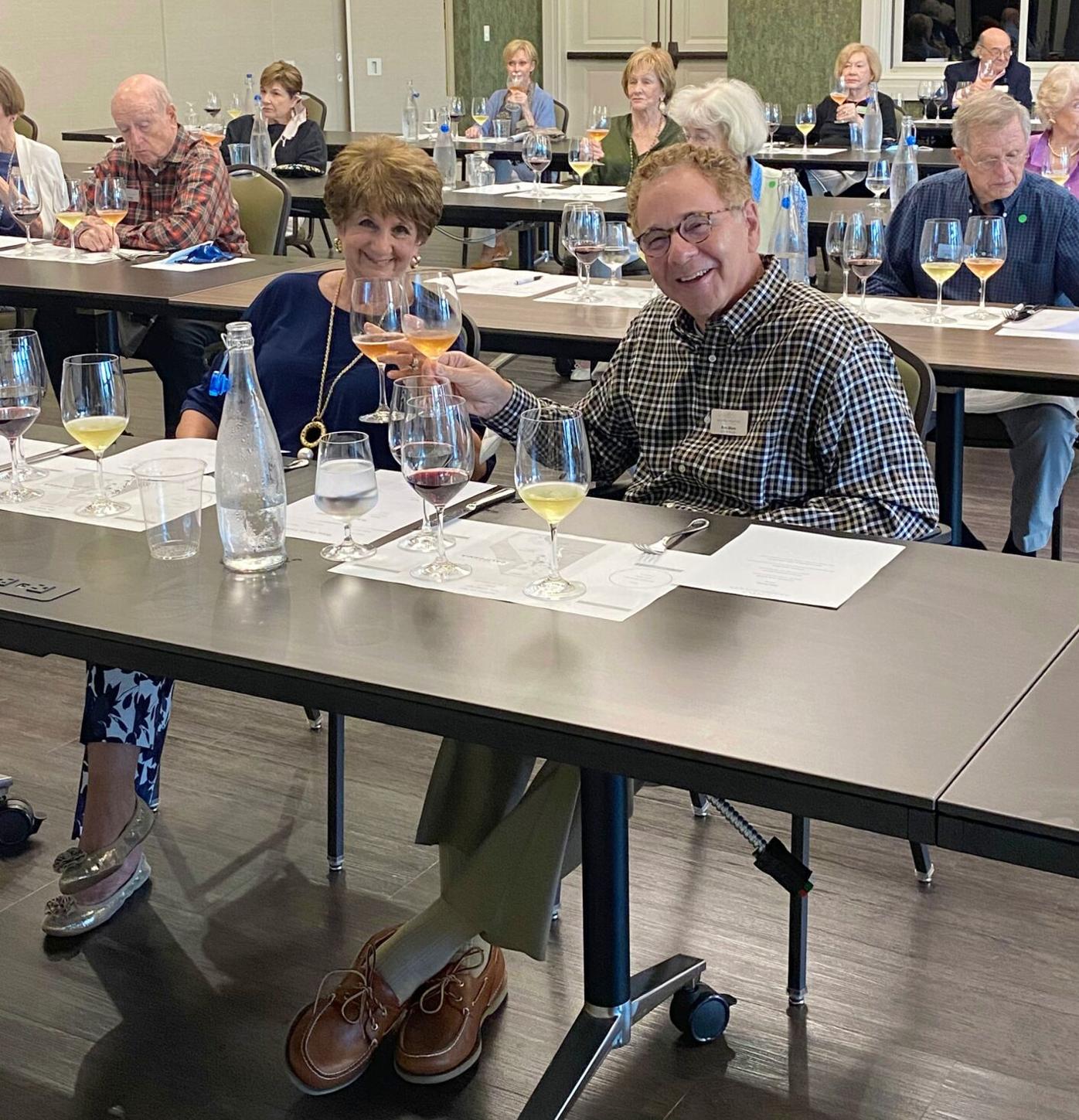 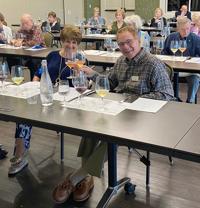 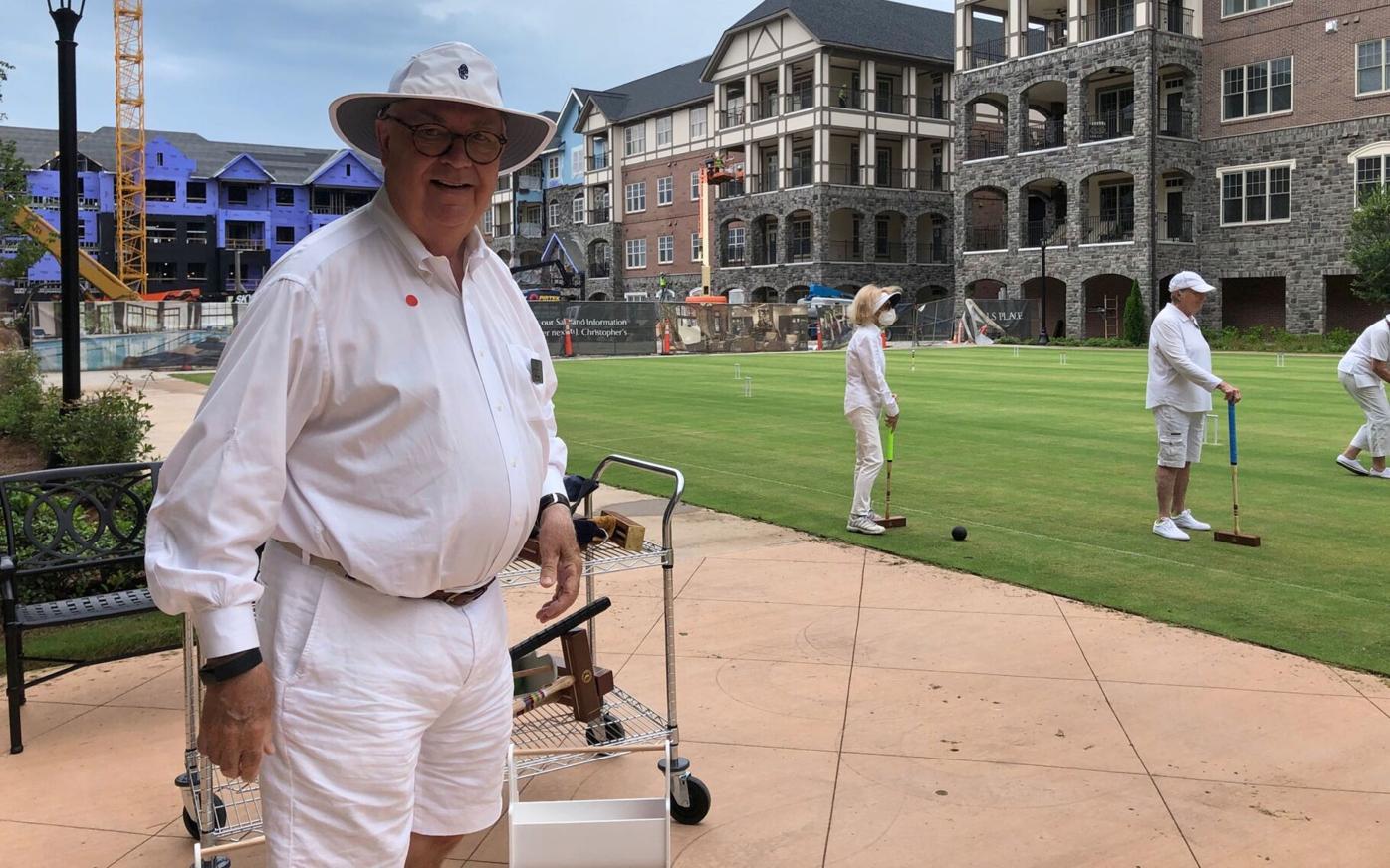 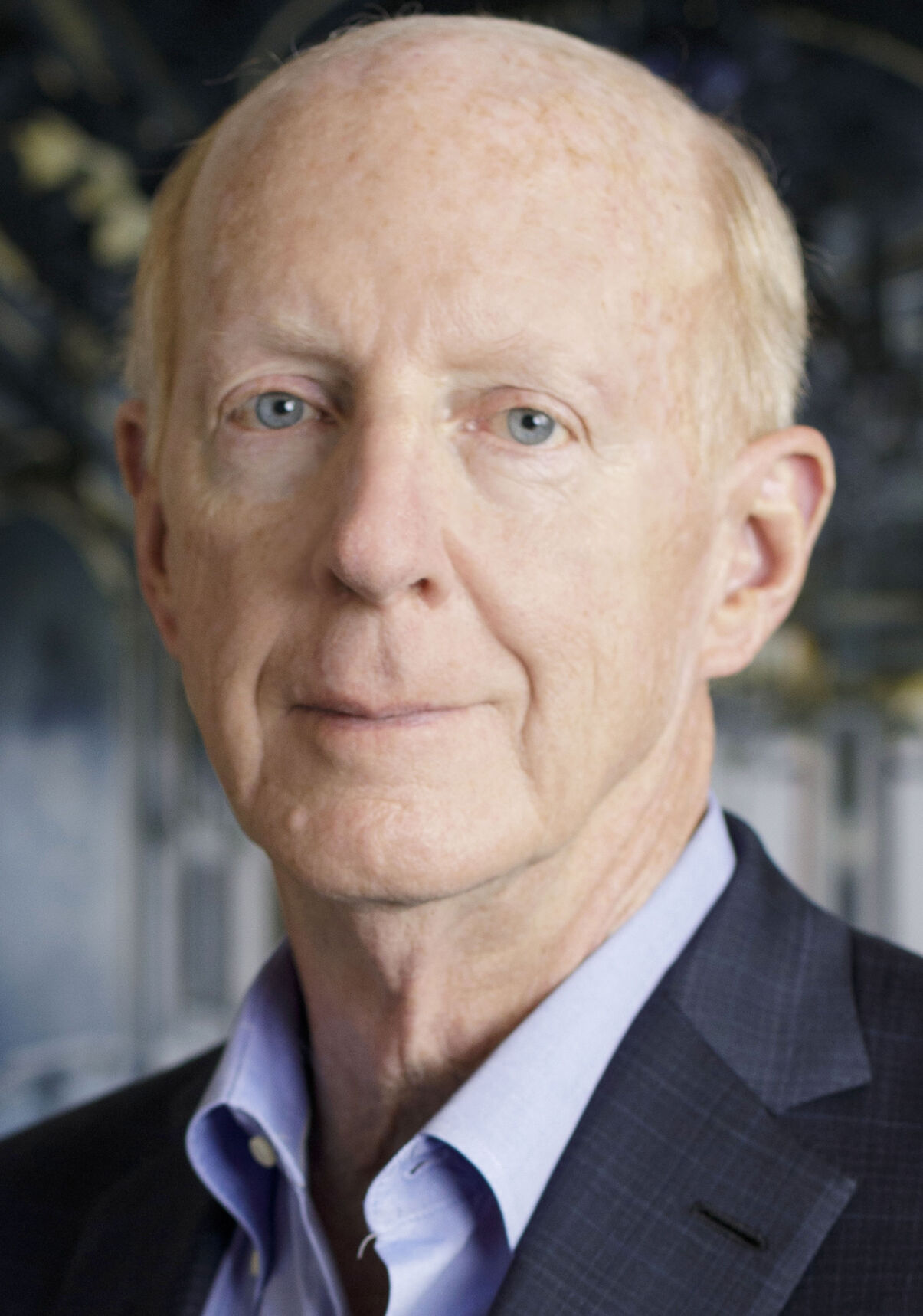 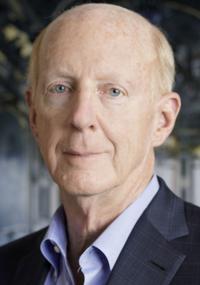 From left, Peachtree Hills Place residents Shirley and Norris Broyles relax with on their condo’s back patio.

The 55-and-older retirement community in Buckhead has been the vision of Isakson Living, the Roswell-based company that specializes in residential developments for active, independent seniors, since 2003. Two years later it closed on the 20-acre property, which previously housed an apartment complex, and demolished the apartments. But when the Great Recession hit, the development stalled in 2009 or 2010.

“It was a great project with bad timing,” said Andy Isakson, managing partner at Isakson Living. “We sold 155 units and were well received by the community, and then the recession came and the bank failures and with the market going down, we put it on hold.

“We gave back $11 million or $12 million in deposits. We have a dozen units and over a dozen residents who own condos (today) who bought before and came back and bought again. They bought again because they bought into our vision and there was nothing else on the market like it, so they were able to wait on us.”

When asked how tough it was to weather that storm, he said, “It was a lot of waiting, really. It’s a large project that required some large capital commitments. The banking system wasn’t there to do it for a number of years. So we had to wait for that.”

Peachtree Hills Place, which had its groundbreaking in 2017, is separated into two parts: independent living and assisted living. The independent living portion opened in January and includes 209 homes, with 12 being freestanding houses priced at more than $2 million and the rest being condos ranging from $700,000 to $2 million. Only 27 homes are still unsold.

Isakson said The Terraces’ units are organized into households in a similar fashion to Isakson Living’s other retirement community, Park Springs in Stone Mountain.

“Each of the seven households in The Terraces has their own private chef. The design promotes our model of care which is centered around building human relationships and emotional connections,” he said. “It makes a tremendous difference.”

The Terraces will be available for in-person tours until mid- to late September, when, once its residents move in, it will be locked down to protect them from the COVID-19 pandemic. After that, virtual tours of the facility will be available on Peachtree Hills Place’s website.

Isakson said The Terraces will have ways for family and friends to safely visit with its residents after they move in, including social distancing. That includes in-person meetings on its porches and online video conference calls.

At the independent living part, guests are allowed to visit residents in their condos but not in the buildings’ common areas.

Norris and Shirley Broyles were among the residents who reserved a home at Peachtree Hills Place shortly after its inception, first securing a spot around 2006 and then recommitting when it was resurrected around 2012. They moved into one of the independent living portion’s Brighton condos in March.

“We stayed on the priority list of about 13 of us,” Norris said of the group of residents who waited for the project to be revived.

Shirley added, “We were the first ones to select what we wanted (in a home). In the meantime they gave us back our money back with interest. … We had no idea how long it would take, but we wanted to be with them.”

Norris, a lifelong Buckhead resident, knew he wanted to stay in Buckhead when he and Shirley started thinking about moving out of their condo at The Gates building about a mile away. Shirley said Peachtree Hills Place’s continuing-care operation made it appealing, knowing they wouldn’t have to move off the property even when and if their health declined.

“I would say we probably have never been happier,” Norris said. “It is everything we had hoped for and maybe a little more.”

Shirley added, “Now that the pandemic (restrictions are) a little bit looser, they’re having lots of more interesting things and still able to follow CDC protocols.”

Isakson, who grew up in Buckhead, and his wife Nancy even moved into a condo at Peachtree Hills Place.

“I figured if I waited, I wouldn’t be able to get in,” he said with a laugh. “I thought I would get in while I had the chance. It’s very convenient and easy to get around. I love being in the middle of the neighborhood. There are a lot of young families here. It’s a great fit for us. There’s so many things I can do here without having to drive anywhere. We have all these facilities.”

Isakson said the continuum of care also appealed to him.

“I think The Terraces are going to be particularly rewarding for me,” he said. “I got exposed to this when my parents were moving into a retirement community. My mother had dementia. She moved five times in the last five years of her life because her condition changed. … It’s about living your life to the fullest.”

Atlanta has a long, vacillating history with ‘King Alcohol'

I attended college in a dry city.