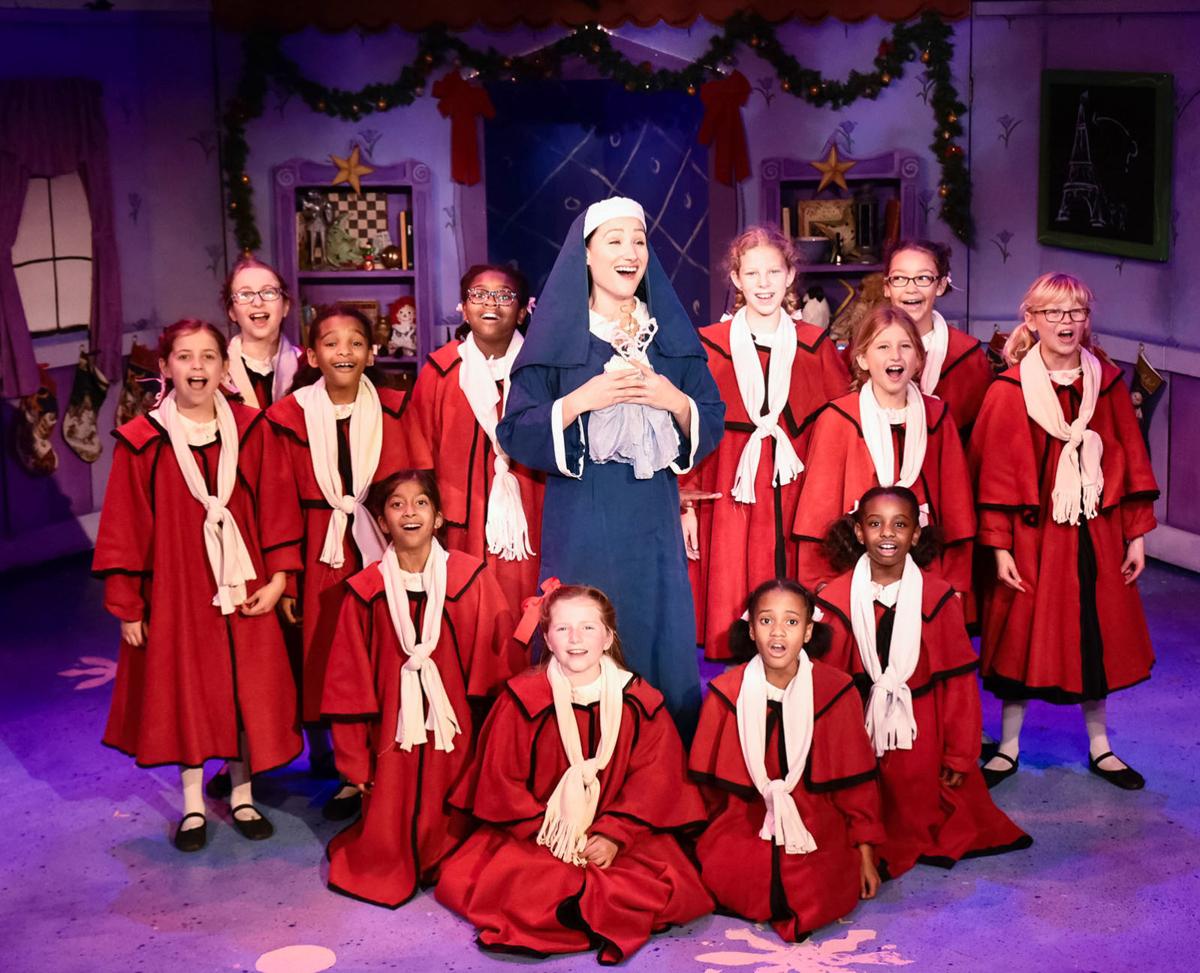 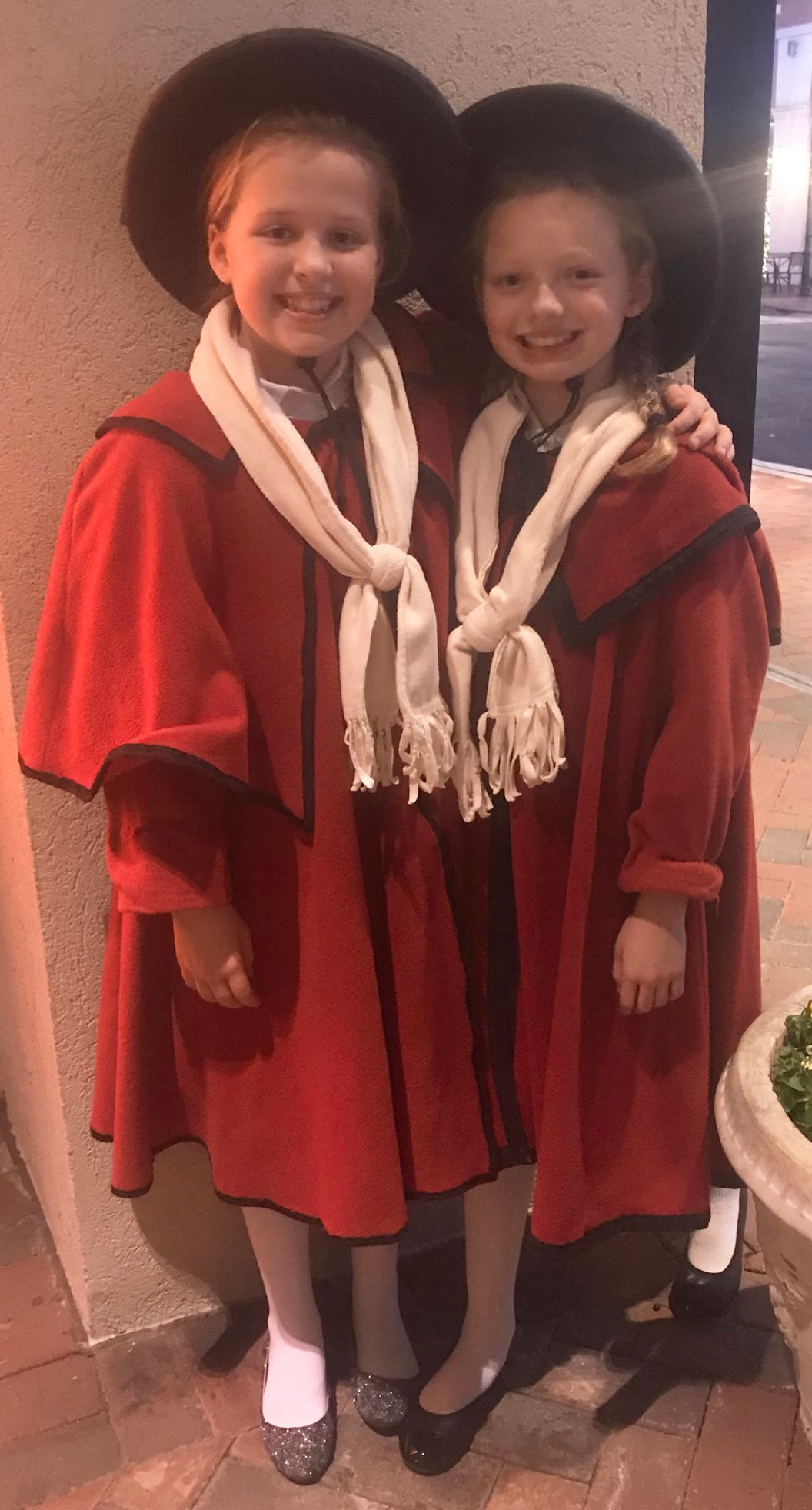 “Madeline’s Christmas,” an Atlanta family holiday stage-play tradition, is returning for its 13th consecutive year to the Horizon Theatre in Little Five Points Dec. 7 through 31.

According to a news release on the play, it is a musical adaption of Ludwig Bemelmans’ 1985 children’s book. It features 24 school girls from Cobb, DeKalb, Fulton and Gwinnett counties, including five local actresses, performing alongside professional actors in collaboration with The Atlanta Children’s Theatre Company.

Regarding the musical, a message posted to the Horizon website stated, “After a bout of the flu overtakes the old house in Paris, Madeline and her friends wonder if they will be able to go home for Christmas this year.”

The show continues to capture the hearts of attendees, both the young and young at heart, the release stated, as families are invited to join Madeline and the rest of the “12 little girls in two straight lines.”

According to the Horizon’s co-artistic director Lisa Adler, the theater is “thrilled that ‘Madeline’s Christmas’ has now become a holiday tradition.”

“It brings families together, often for their third, fourth or fifth time, to view this heartwarming holiday show and is one of Horizon’s greatest treats,” she said in the release. “Nearly all of the talented young actresses in the cast this year grew up seeing Madeline’s Christmas onstage at the Horizon and dreaming of the day they would be on stage instead.”

The girls are paired with the theater’s adult professional actors to create a magical experience for audiences of all ages, Adler said.

The release stated that in the production’s history, more than 260 metro Atlanta girls have realized their dream of performing with a professional theatre company as part of the “Madeline’s Christmas” cast.

This year’s cast features girls, ages 8 to 12, from 19 different schools.

Ava, who is cast as Camille in the play, said she enjoys her role.

“Camille is a very happy and joyful little girl,” she said.

Although this is Ava’s first appearance on stage at the Horizon, she has held roles in one or two other amateur theatrical productions.

“My sister and I were selected for this Horizon play out of 24 finalists that were brought back for a second rehearsal,” she said. “I love being on stage because when I have a line or two in the show, I like it when the audience reacts to what I say.”

Although this is also Elyse’s first appearance at the Horizon, she has appeared in other non-professional theatrical plays. But her role as Dominique in the Horizon’s play” is a dream come true for me.”

“When I was 4 years old, I saw this play at the Horizon Theatre, and I told my parents I wanted to be in that play,” she said. “This is a highlight of my life.”

Although Jordan has been in an amateur theatrical stage production before as part of an arts summer camp program, this is also her first time on stage at the Horizon, “and I couldn’t be happier,” she said.

“I like the costumes we wear and the puppets we use in the play and, as I see it, everything about this play is amazing,” Jordan said.

Tickets are $12 for children and $15 for adults. For more information or to purchase tickets, visit www.horizontheatre.com or call 404-584-7450.

The old Waffle House order of “scattered, smothered and covered” hash browns has taken on a Southern drawl and a holiday twist.

Nadine Turner said she felt nothing but warmth at Christmas Kindness, an outreach program of Peachtree Road United Methodist Church in Buckhead.

These Buckhead and Sandy Springs churches have announced their Christmas services

Local churches are planning for their annual Christmas services on Christmas Eve and Christmas Day Dec. 24 and 25, respectively, unless otherw…