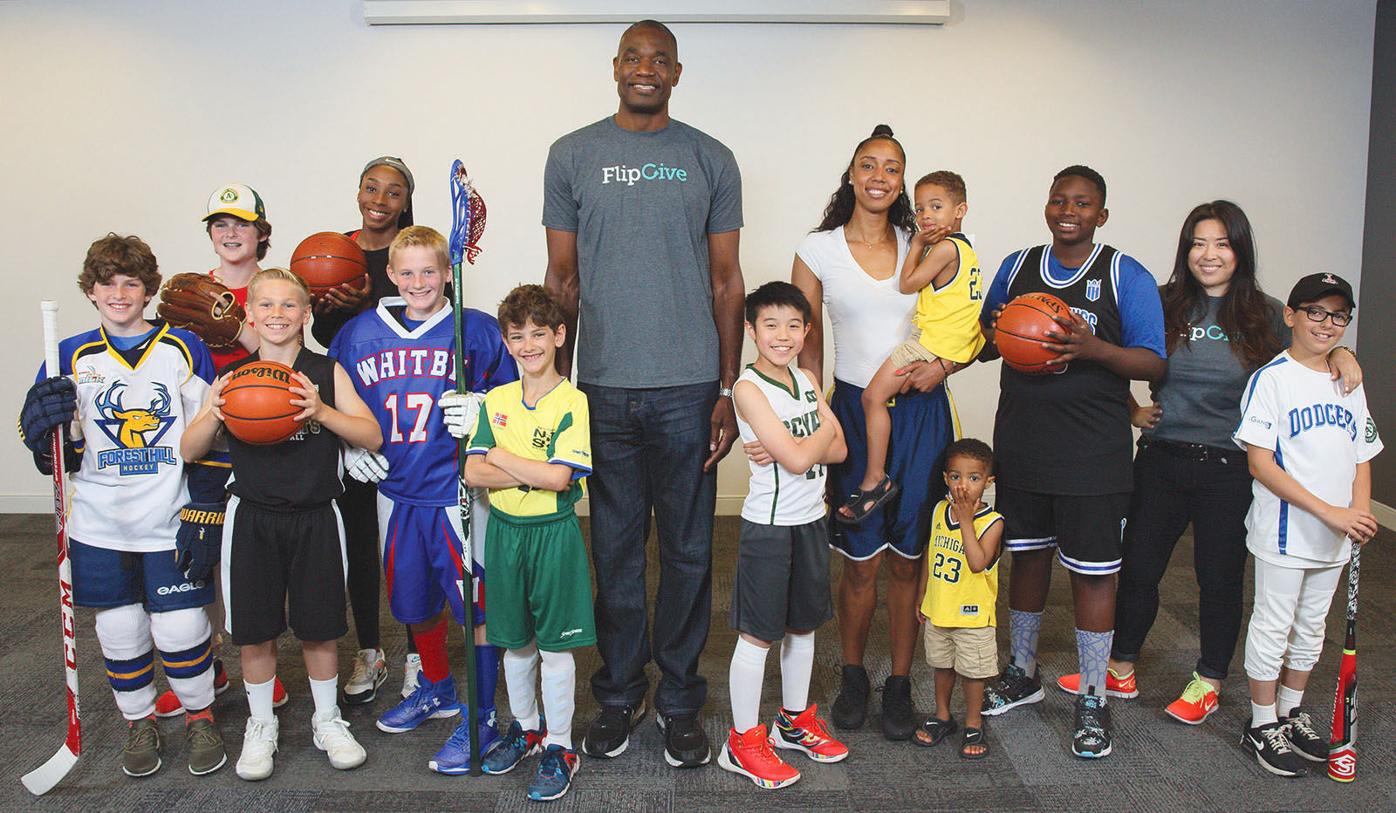 Dikembe Mutombo, center, stands with some children in uniform with their mothers during an event at FlipGive’s headquarters in Toronto. 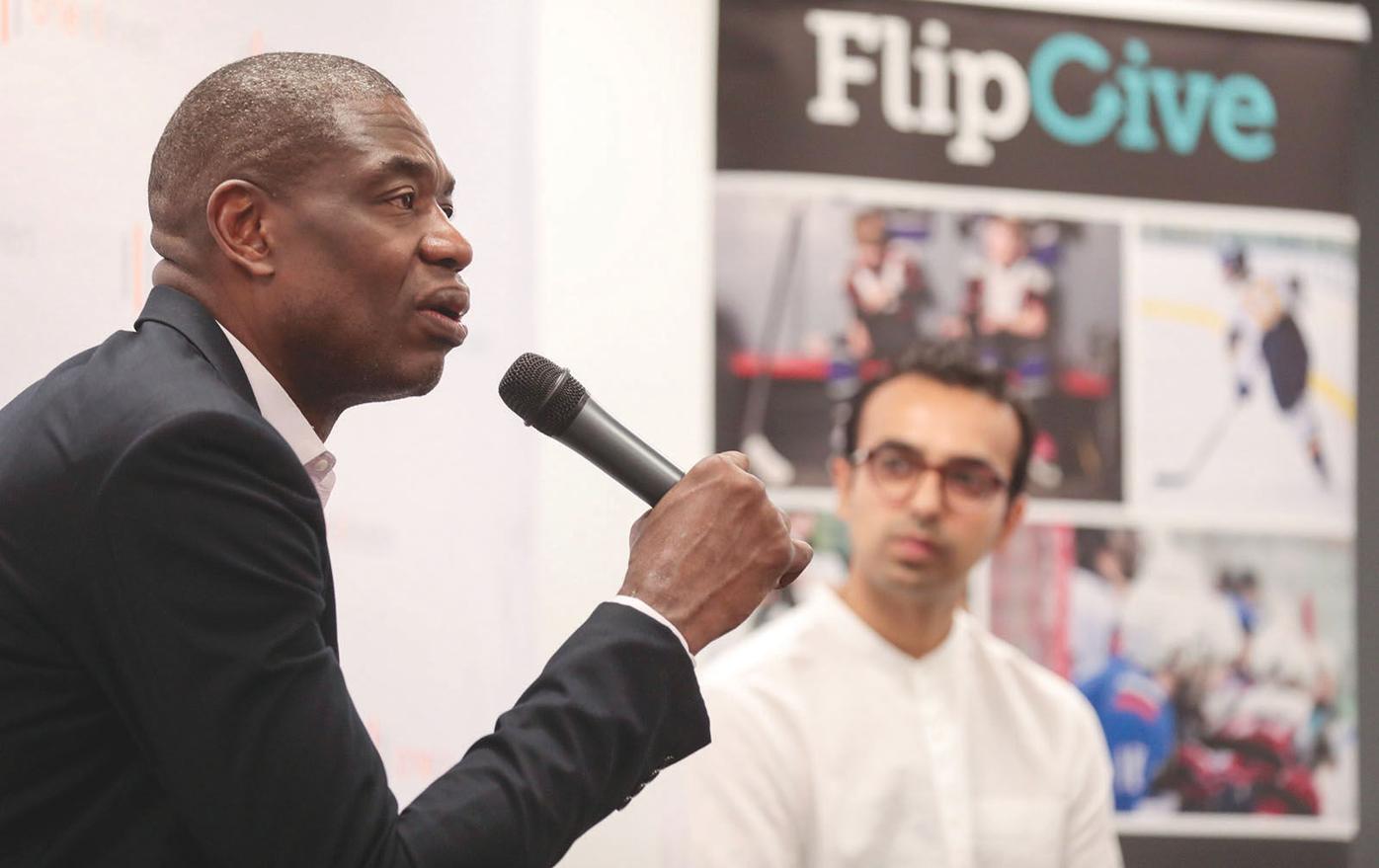 Dikembe Mutombo, center, stands with some children in uniform with their mothers during an event at FlipGive’s headquarters in Toronto.

Buckhead resident and former Atlanta Hawks star Dikembe Mutombo is partnering with a Toronto-based website to promote unique ways for families to fundraise for their children’s sports uniforms and equipment.

Mutombo, a member of the Naismith Basketball Hall of Fame, is joining forces with FlipGive, a website that gives teams and its members the chance to shop online at retailers such as Macy’s, Walmart and Under Armour and earn cash back on each purchase as a fundraiser for their teams’ sports uniforms and equipment.

“It’s critical for me to spread this message – parents cannot afford to let their kids miss this great growth opportunity by playing sports,” Mutombo said. “Not every parent has the means to pay for the sports and equipment … and it gets harder with more than one child. Sports are becoming too costly. Competing, learning from other kids, from coaches – the meaning of hard work, competition, winning, losing and good sportsmanship. These are lessons that they carry with them for life.”

David Benoliel, FlipGive’s chief operating and marketing officer, said he first met with Mutombo about the partnership in March. Benoliel said it costs at least $500 per person for uniforms and equipment for sports such as football and hockey, and it can be even more expensive for children who play on travel or club teams.

“Some families are spending up to 25 percent of their total income, which is a huge amount of money,” he said, adding no child should be forced to give up playing sports because his family can’t afford it.

“Every kid was playing sports because it was easy and (one) can play on the street or (in) school,” Mutombo said. “The only issue is that we didn’t have balls so we had to make them out of plastic bags. I grew up in the middle class by Congo standards, which is relatively poor by North American standards. My parents taught me the lessons of hard work and each one of us had to pitch in to help at home. I studied hard and liked sciences and thought that I could be a doctor. I didn’t come to the U.S. on a sport scholarship but I was pretty good at soccer (futbol) as a kid.”

Benoliel said, “I grew up in Montreal, and played football for seven years, then coming to Toronto, I ended up going into baseball and now play softball. … I think it’s had a pretty broad impact on my style from a leadership perspective, how I build teams and how I motivate people. I think it’s had a big impact in how I connect with people. As a child I didn’t have much time to fool around, so I was pretty involved in sports. I did well in school. My father said school always came first.”

While Mutombo may be the face of FlipGive, speaking at events and to coaches, organizations and the media, the company is also using grassroots efforts to get the word out.

“We’ll go to regional conferences for the Girls and Boys Clubs, AAU, YMCA, USA Football, National Cheerleading Alliance, just about any sport you can think of and their organizations,” Benoliel said. “… We’ll be exhibiting, meeting with organizations, working with executives at pro sports teams. … Back to school is our second biggest shopping season next to our holiday season, which goes from Black Friday into Christmas.”

Mutombo, who retired from the NBA in 2009, has kept busy since then by starting a foundation in his name. Its mission is to improve the health, education and quality of life for the people of his home country through health care and disease prevention. Mutombo also works with two other organizations: NBA Cares, which promotes basketball in underdeveloped communities and eSight, a company that helps visually impaired people see through the use of electronic glasses. He encourages parents to use FlipGive to keep their children in sports.

“Parents, please keep up the great work,” Mutombo said. “I know that it’s hard managing the debt and work load but it is all worth it in the end.”

The kickoff event for the Atlanta Humane Society’s Walk for the Animals will be held at the Westin Perimeter North hotel in Sandy Springs Aug.…

Kane Atlanta, a women’s clothing boutique at 691 14th St. in west Midtown, will host a day of philanthropic shopping to benefit The Atlanta Sp…

The YMCA of Metro Atlanta Sept. 7 announced it has named Jill Moore the new executive director of the Carl E. Sanders Family YMCA at Buckhead.