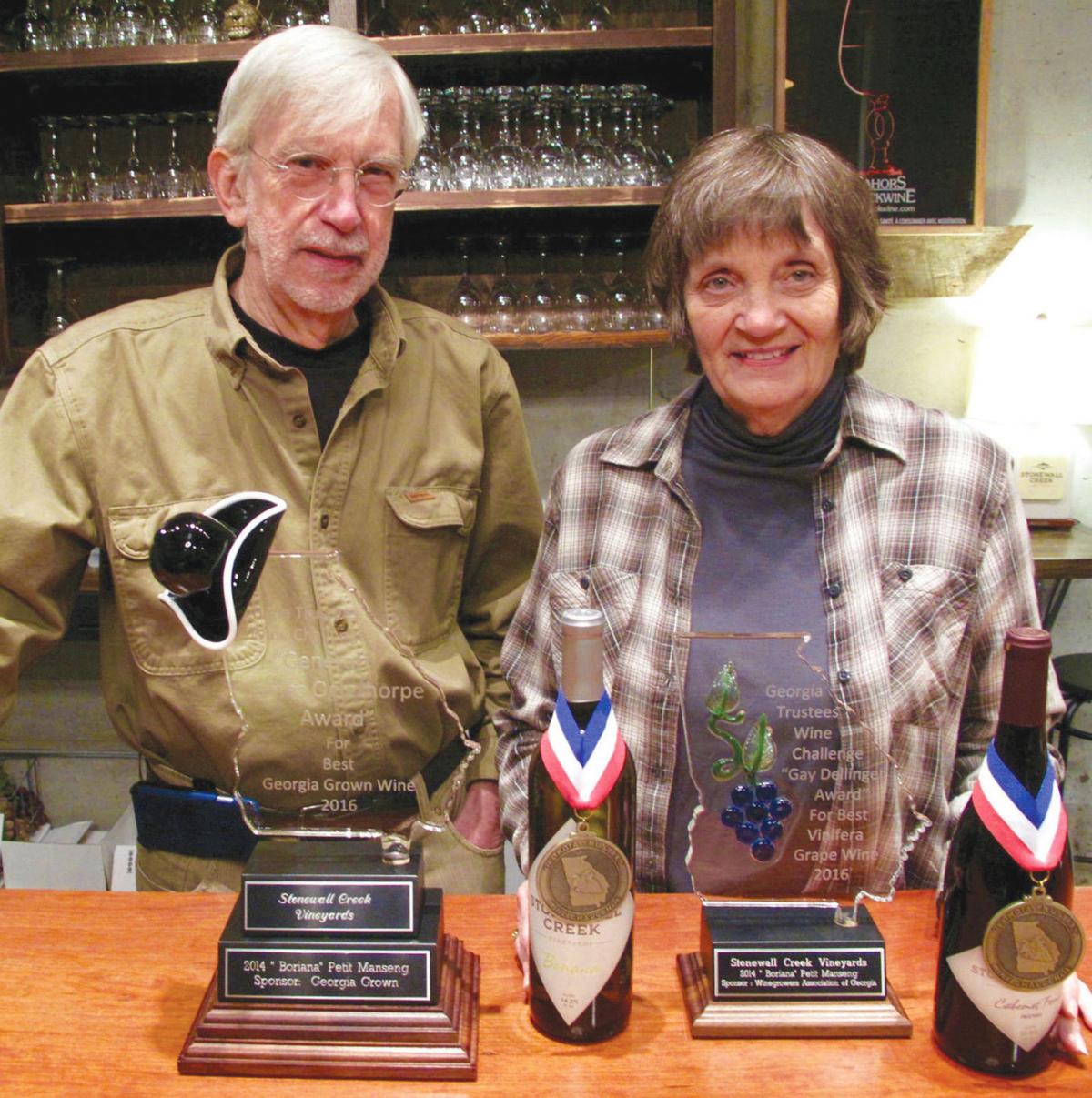 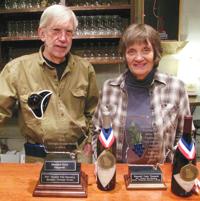 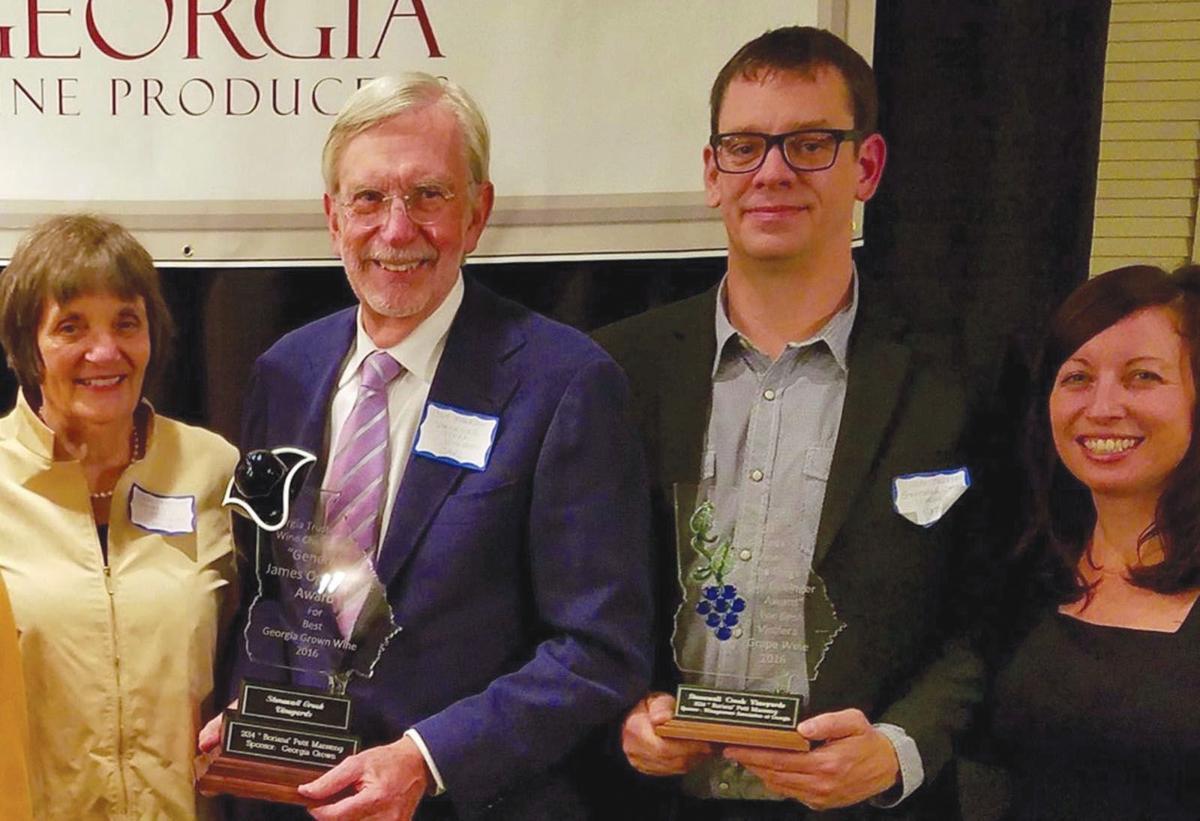 Buckhead residents Carla and Carl Fackler, founders of Stonewall Creek Vineyards in Rabun County, took the top award at the 2016 Georgia Trustees Wine Challenge with their 2014 Boriana at a Nov. 9 ceremony at the Classic Center in Athens. The dry white wine made from their Petit Manseng grapes was singled out for The Oglethorpe Award — Best of Competition wine made from Georgia-grown grapes.

Earlier, their 2014 Boriana received The Gay Dellinger Award for the Best Vinifera Wine. In an unusual twist, Stonewall Creek’s wines took both the Best White Vinifera (2014 Boriana) and Best Red Vinifera (2014 Cabernet Franc) awards and competed against each other in the blind tasting for Best Vinifera. Both wines are 100 percent Georgia grown in a five-acre vineyard in the north Georgia mountains.

“The big push for the competition is the awards for 100 percent Georgia-grown grapes,” Carla Fackler said. “That’s what we have grown on our five-acre vineyard. There are other wines sold at Georgia vineyards that are from grapes from across the United states. To us the challenge is we grew these grapes in Georgia and made the wine in Georgia. Technically we are a cold-weather vineyard so it’s difficult to produce wines that are comparable to warm-weather vineyards in places like California.”

The challenge is the only competition the Facklers have entered. Carla Fackler said they also competed in it last year, when Stonewall Creek’s Rosé was named best Vinifera Rosé and its 2012 Cabernet Franc took best Vinifera Rosé.

Carl Fackler, who was an orthopedic surgeon for 30 years with Atlanta’s Peachtree Orthopaedic Clinic, is the winemaker and his son, Nate, a linguistics instructor at the University of North Georgia, is assistant winemaker. Carl and Carla Fackler moved to Atlanta in 1977 when Carl joined the clinic.

The challenge is presented by Georgia Wine Producers, a statewide organization that promotes the Georgia wine industry, which includes over 25 bonded farm wineries across North Georgia and some in west Georgia.

Isaias near hurricane strength as it crawls toward Carolinas

Reward offered to find suspect in killings of 2 brothers

'If not now, when?': Black women seize political spotlight