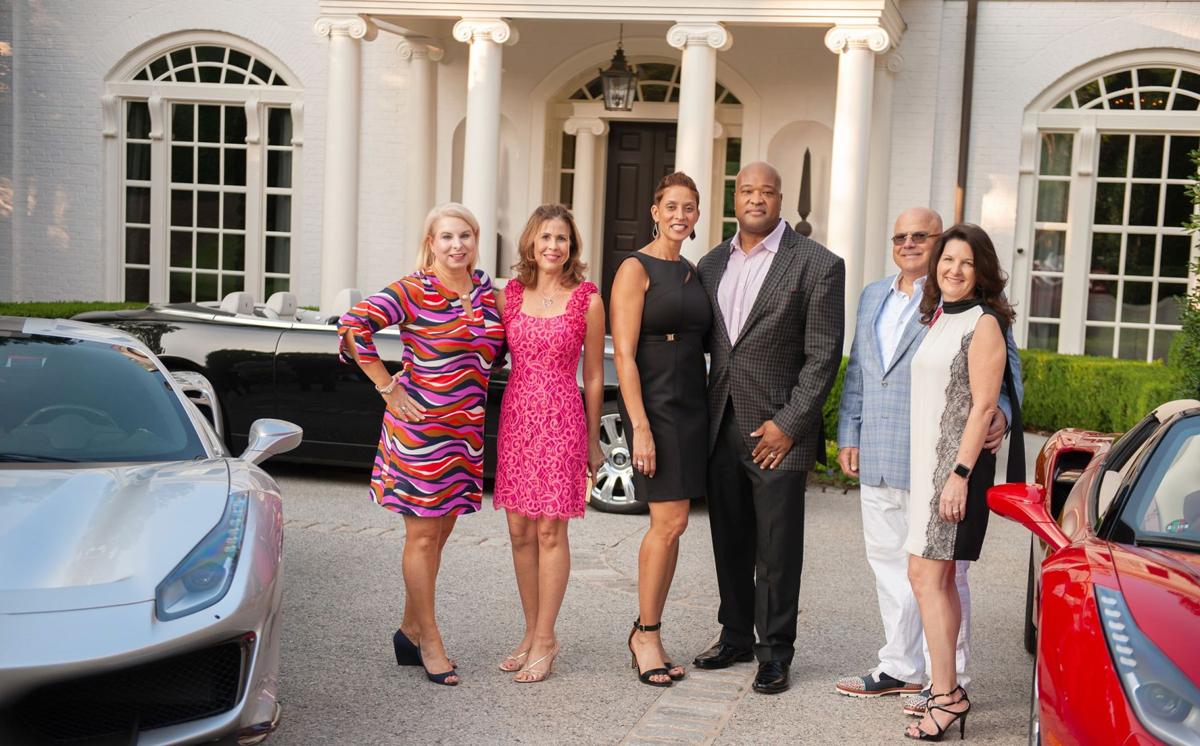 Who better to co-found a foundation, and its accompanying fundraiser, for a cause which that individual has personally experienced more than once.

Eric R. Beverly Family Foundation co-founder Danielle Beverly, a survivor of breast cancer diagnoses in 2003, 2005 and 2007, said the event, the Betting on a Cure Casino Night, is very special to her.

The benefit, set for Oct. 25 from 7 to 10 p.m. at the Cherokee Town Club in Buckhead, will feature traditional casino table games with play money and dealers offering coaching tips.

In addition, there will be cocktails, dinner and a silent auction. The event is emceed by breast cancer survivor Kaedy Kiely of radio station 97.1 The River.

According to Beverly, last year’s event had more than 100 attendees and raised more than $50,000.

“We would like to double the attendance this year as well as double the money raised,” she said.

Beverly and her husband, Eric, started the foundation in 2006. Eric Beverly played in the NFL for 10 seasons, including the last three with the Atlanta Falcons, before retiring after the 2006 season.

The foundation was created to provide support to lower-income cancer patients by removing financial barriers to begin, and successfully complete, their treatment.

A news release on the foundation and this event stated research has shown one’s income level determines a person’s chances of surviving breast cancer.

Marie Hannon, chair of this year’s benefit, said the event is vital to the foundation’s work in helping women diagnosed with breast cancer get the care they need.

“Many times, these women will not get treatment because they believe they have to work,” Hannon said. “So one of our ultimate goals is to provide these women with support and educational knowledge for these families at this awful time when they do not have anyone else to turn to.

“Usually, these women don’t get the help they need to fight this disease because they have to work to support their family rather than support themselves.”

The fundraiser helps make an immediate difference in someone with the disease by covering insurance co-pays; prescription costs and transportation to and from treatment facilities in addition to emergency basic living expenses like utilities, rent and groceries, Beverly said.

“As a breast cancer survivor myself, I just can’t imagine having to decide between working next week so I can put food on the table for my children and pay the rent, or (to) take off work so I can undergo my chemotherapy, knowing that I won’t get a paycheck,” she said.

Beverly said she was fortunate during her cancer treatments because her husband “had a great job with health benefits, but the reality is that is not the case for everyone.”

Tickets are $150 per person and are available by advance purchase only by visiting www.beverlyfamilyfoundation.org/betting-on-a-cure. No tickets will be sold at the door.

The Cherokee County Homeless Veterans Program will be holding a pair of fundraising events at Lake Arrowhead on Oct. 25.

Chefs coming Out of the Kitchen for St. Regis’ Cure Childhood Cancer benefit

Chefs are stepping away from the kitchen once again to stop pediatric cancer.