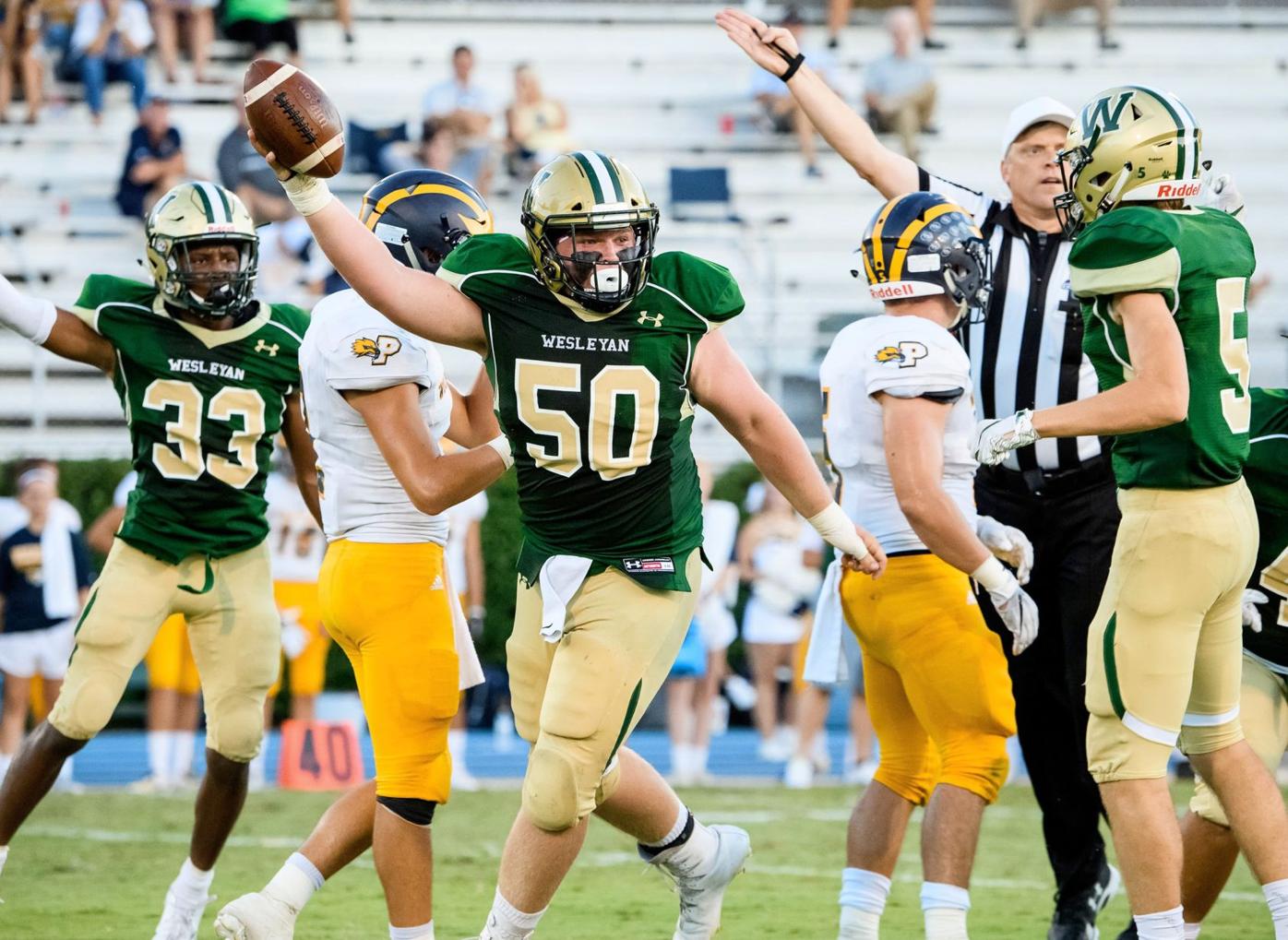 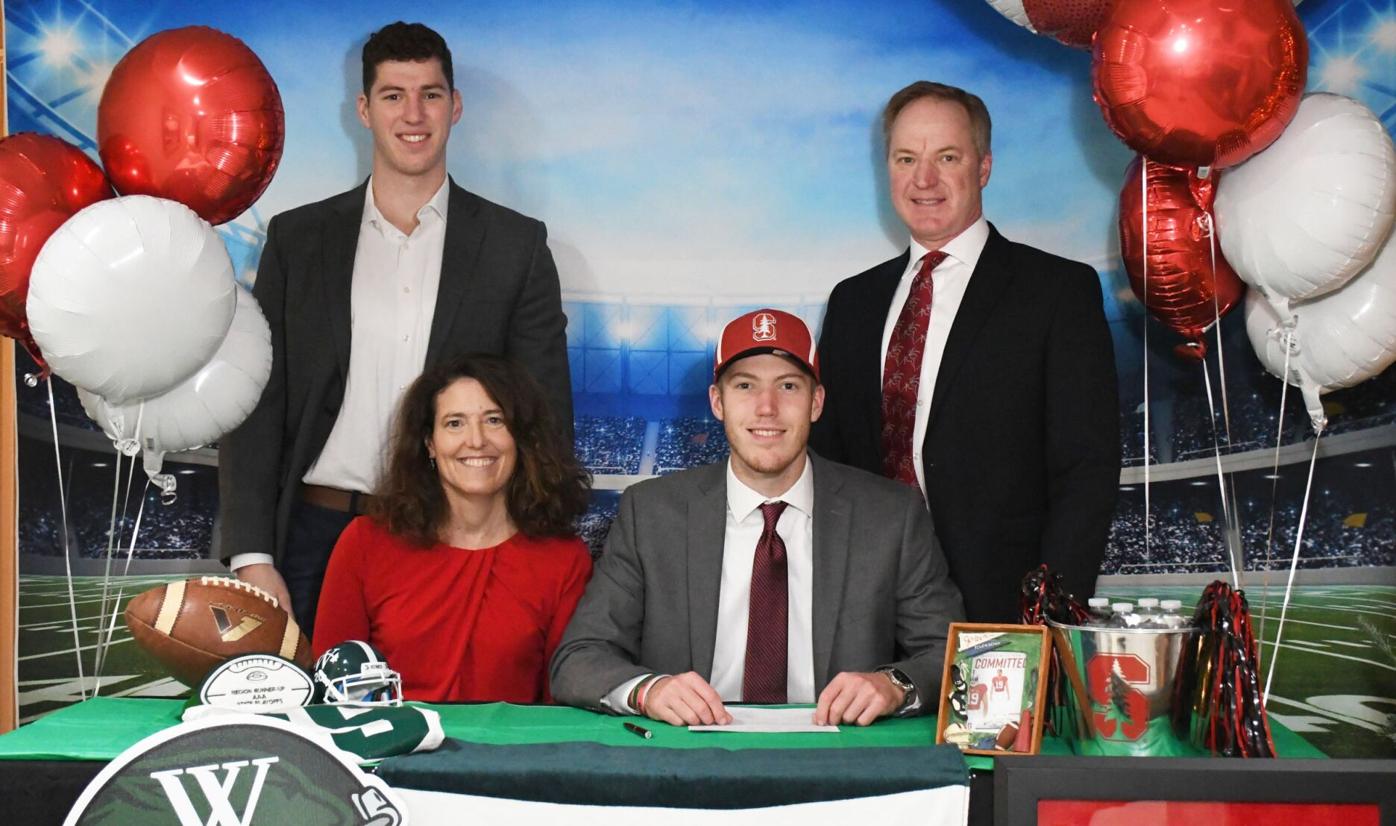 At his signing day ceremony, Westminster’s Connor Weselman, seated right, is joined by his family. Seated left is his mother, Dr. Kelly Weselman, and standing from left are his older brother, Bryan Weselman, and his father, Dr. Brad Weselman. 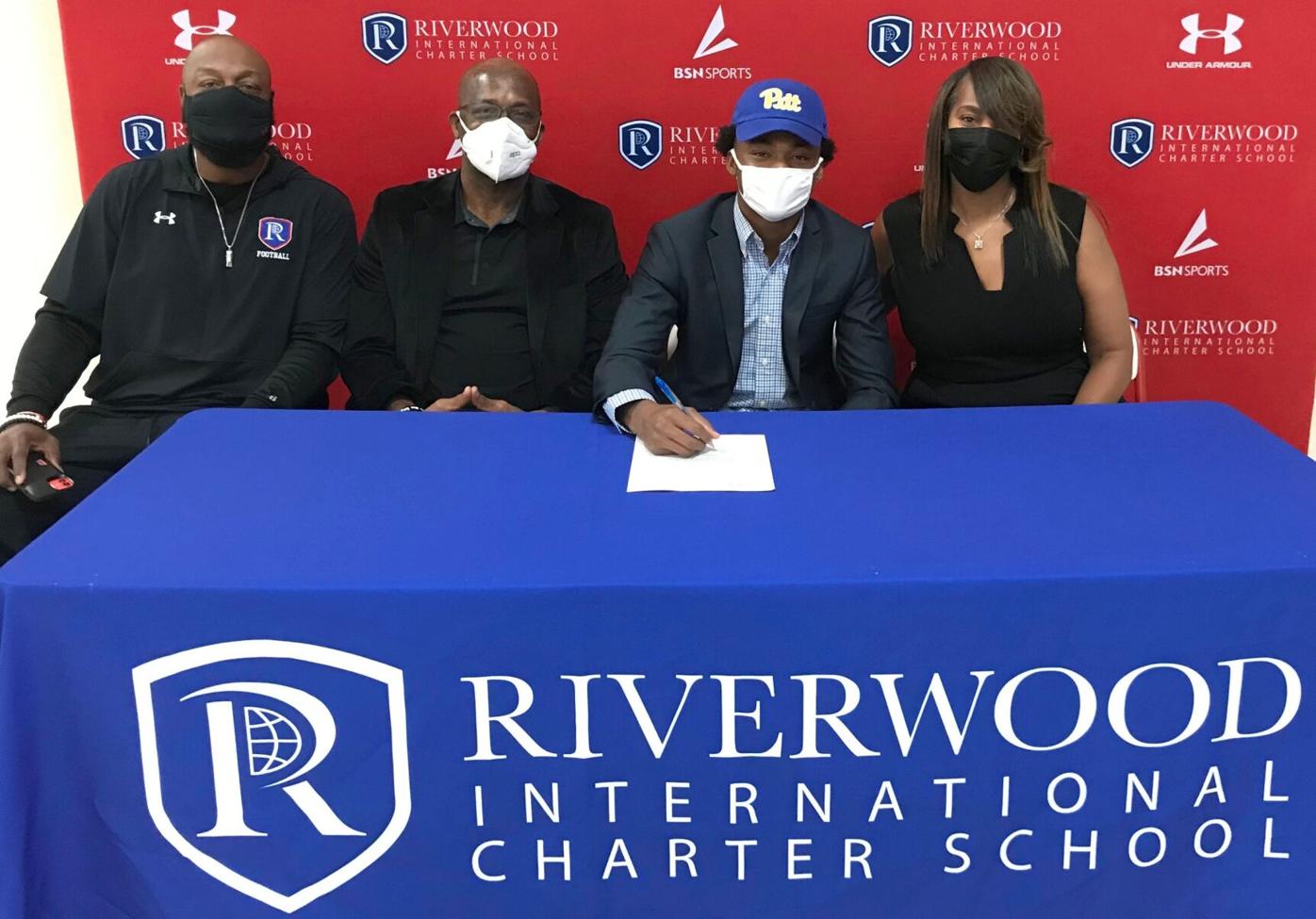 At his signing day ceremony, Westminster’s Connor Weselman, seated right, is joined by his family. Seated left is his mother, Dr. Kelly Weselman, and standing from left are his older brother, Bryan Weselman, and his father, Dr. Brad Weselman.

This article was updated Feb. 8 at 11:41 a.m. with Chattahoochee's early signee added.

Nine local senior standouts sealed their college commitments in ink during the NCAA’s early signing period for high school football players Dec. 16 through 18, according to their coaches.

Wesleyan offensive/defensive lineman Tanner Bivins signed a national letter of intent with Army. Bivins was named the Region 5-A Private Player of the Year and helped lead the Wolves to the state Class A Private semifinals, where they lost to Prince Avenue Christian 50-3 Dec. 18.

Two Roswell players – offensive tackle Corey Robinson (Kansas) and kicker/punter Caden Long (Alabama-Birmingham) – signed with their colleges of choice. They helped lead the Hornets to the second round of the Class 7A playoffs, where the team lost to Norcross 40-20 Dec. 4. Both Robinson and Long were first team All-Region 5-7A selections.

Two Westminster players – punter Connor Weselman (Stanford) and offensive lineman Ejike Adele (Dartmouth) – signed with their colleges of choice. They helped lead the Wildcats to the 3A playoffs, where they lost to Oconee County 21-7 in the first round Nov. 27.

Fellowship Christian offensive lineman Charlie Patterson signed with the University of Virginia. He was named to the All-Region 6-A Private first team.

Riverwood cornerback Khalil Anderson signed with the University of Pittsburgh. According to rivals.com, he is ranked as the No. 54 player in Georgia and the No. 53 cornerback nationally.

The NCAA’s traditional signing day for high school football is Feb. 3, when most of the local players expected to sign with colleges will do so. However, players can sign as late as April 1 for Division I programs and Aug. 1 for Division II.

Sack machine and Hall of Fame pass rusher Kevin Greene has died at the age of 58, the Hall of Fame announced Monday.

Looking forward and learning from the past: Rome celebrates Juneteenth

Canton man indicted in death of pregnant girlfriend and her uncle