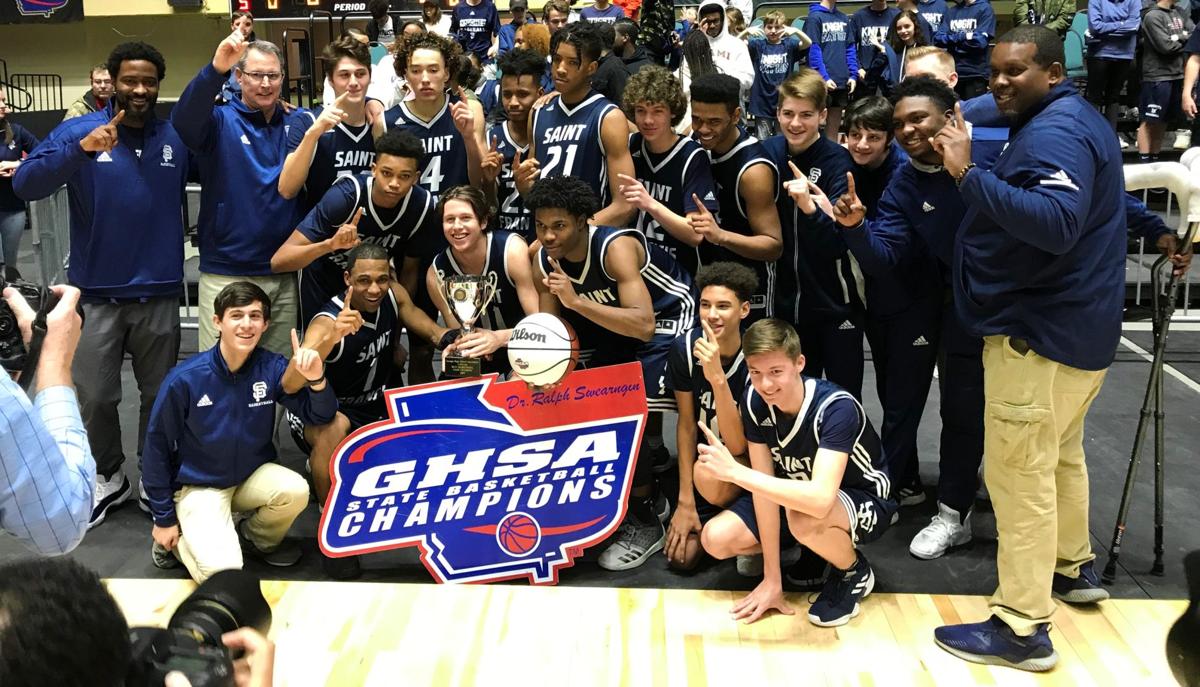 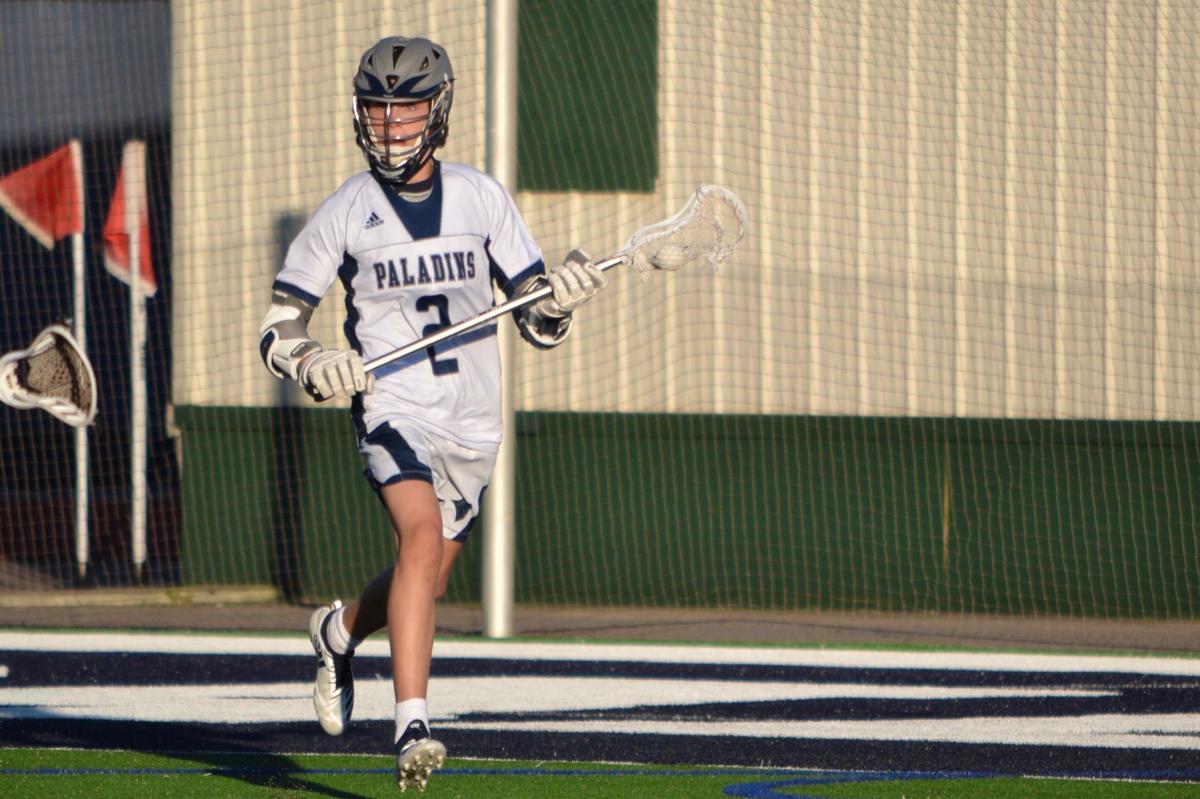 Fellowship Christian boys’ lacrosse player Moose Washburne handles the ball in a contest in the 2019 season. 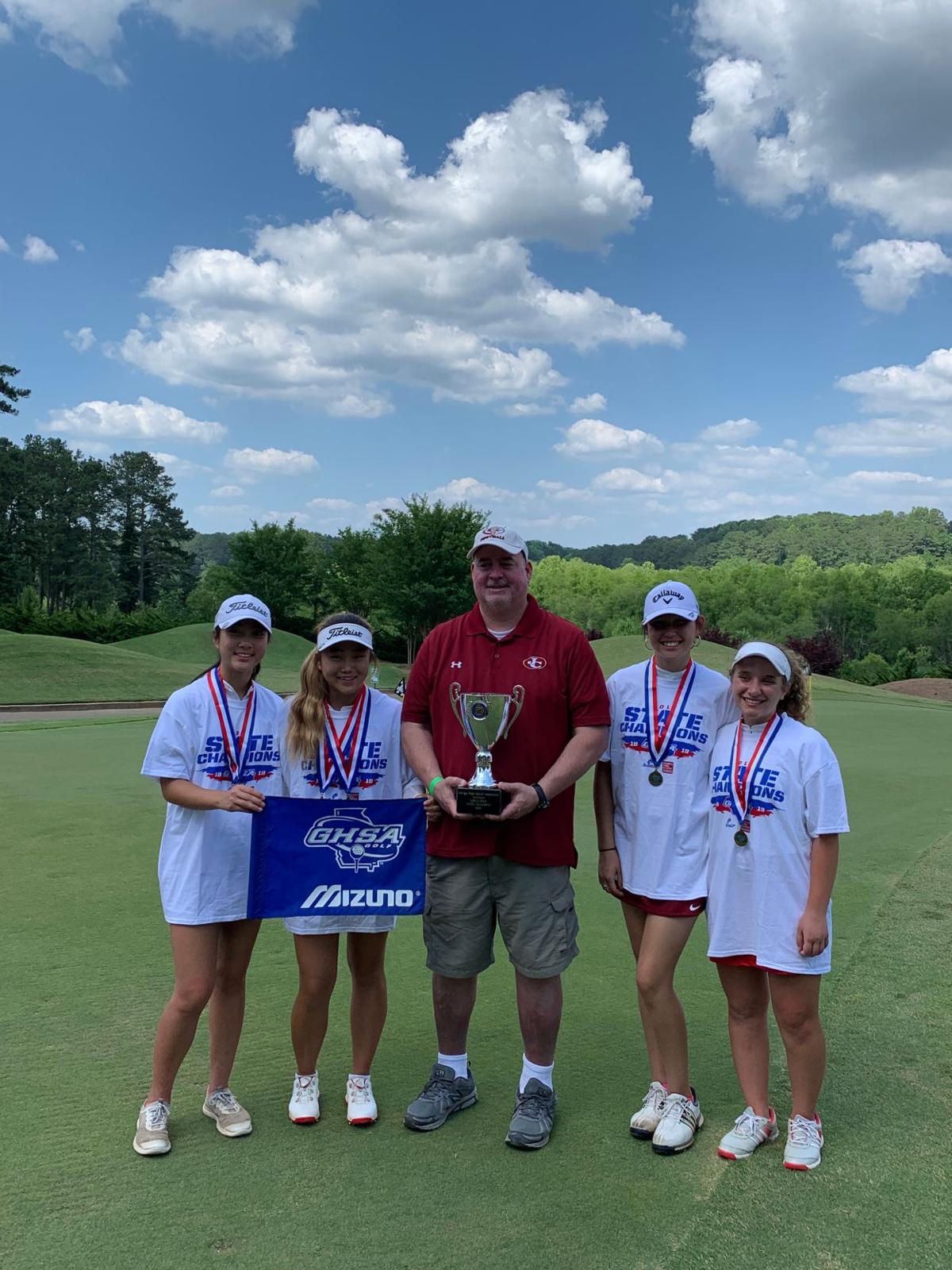 The Johns Creek girls’ golf team won the Georgia High School Association (GHSA) Class 6A state championship at the Cobblestone Golf Club in Acworth on May 21. 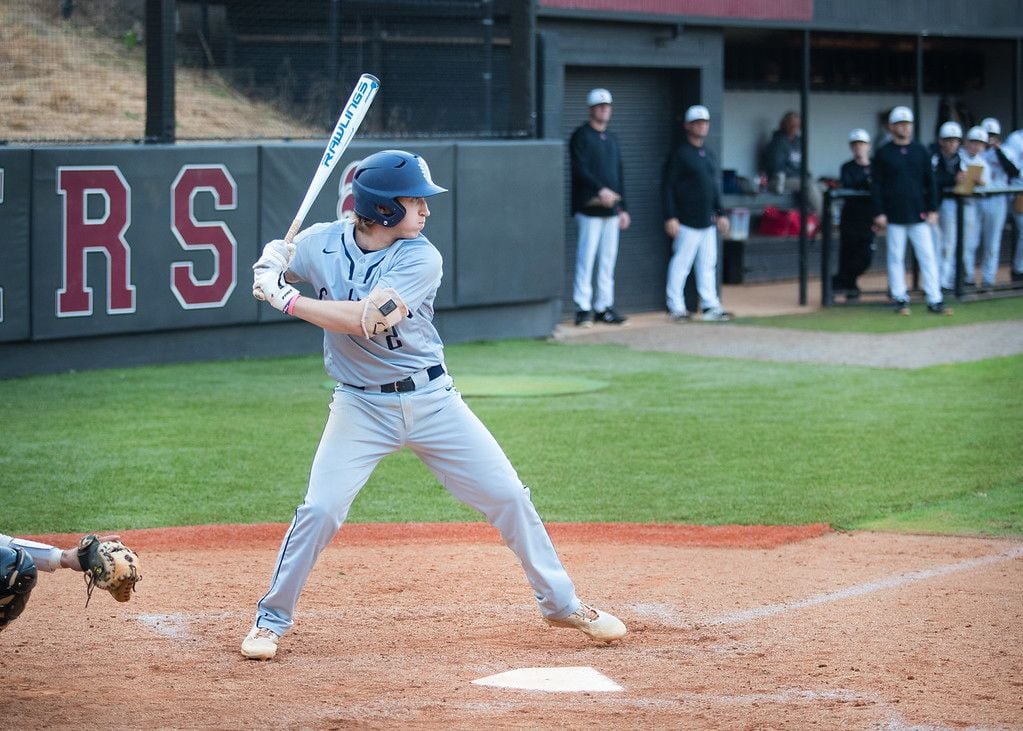 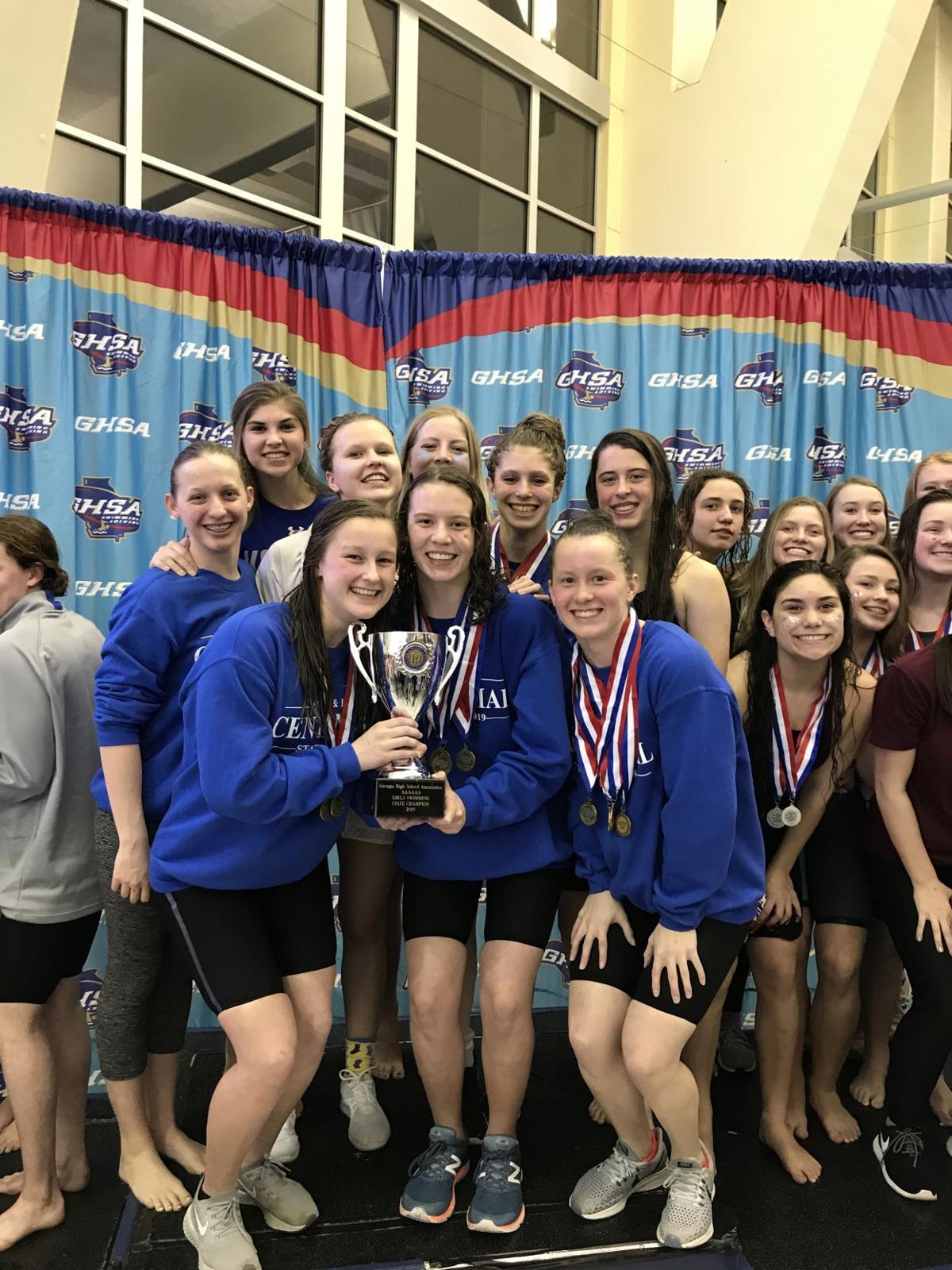 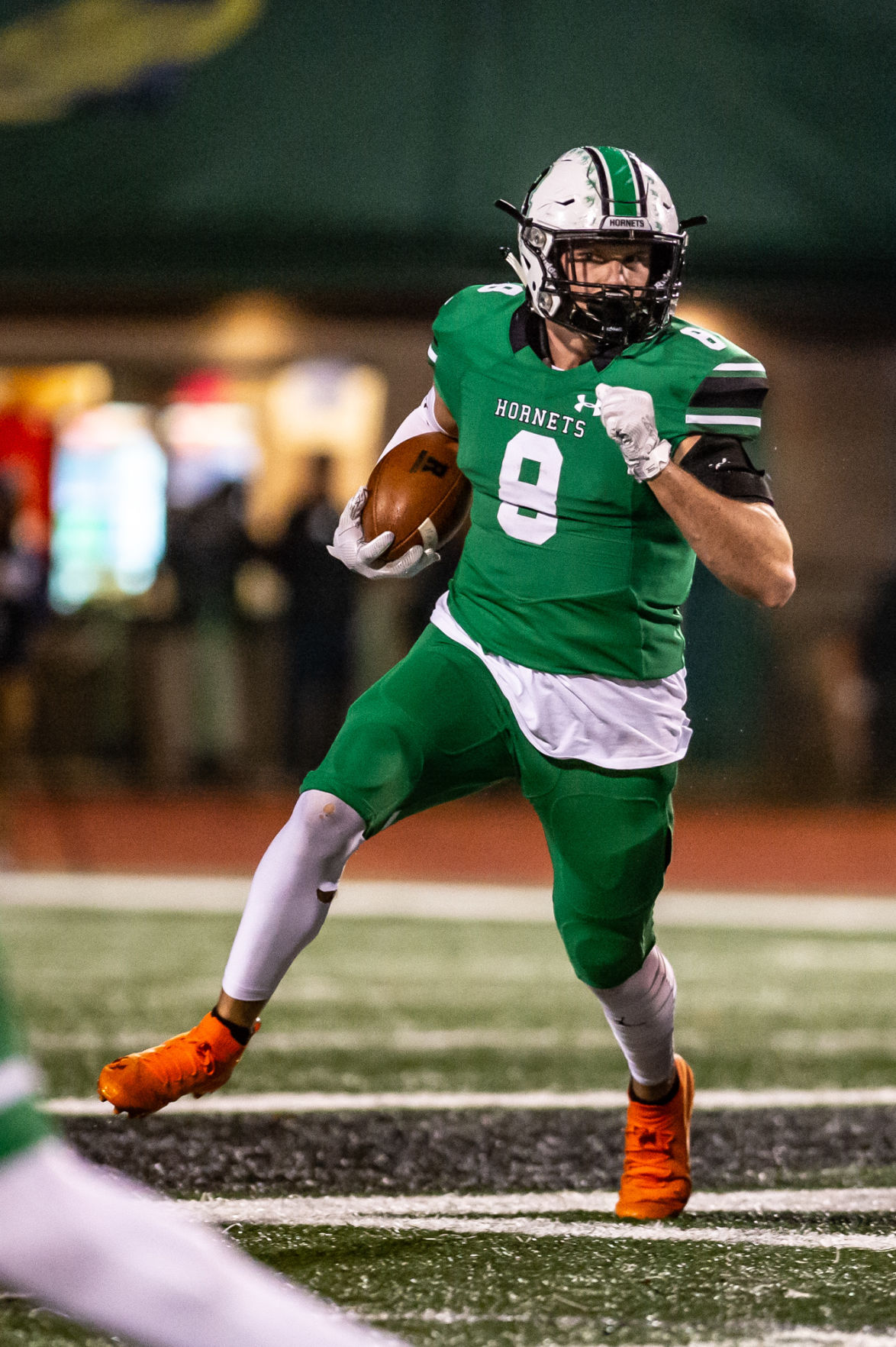 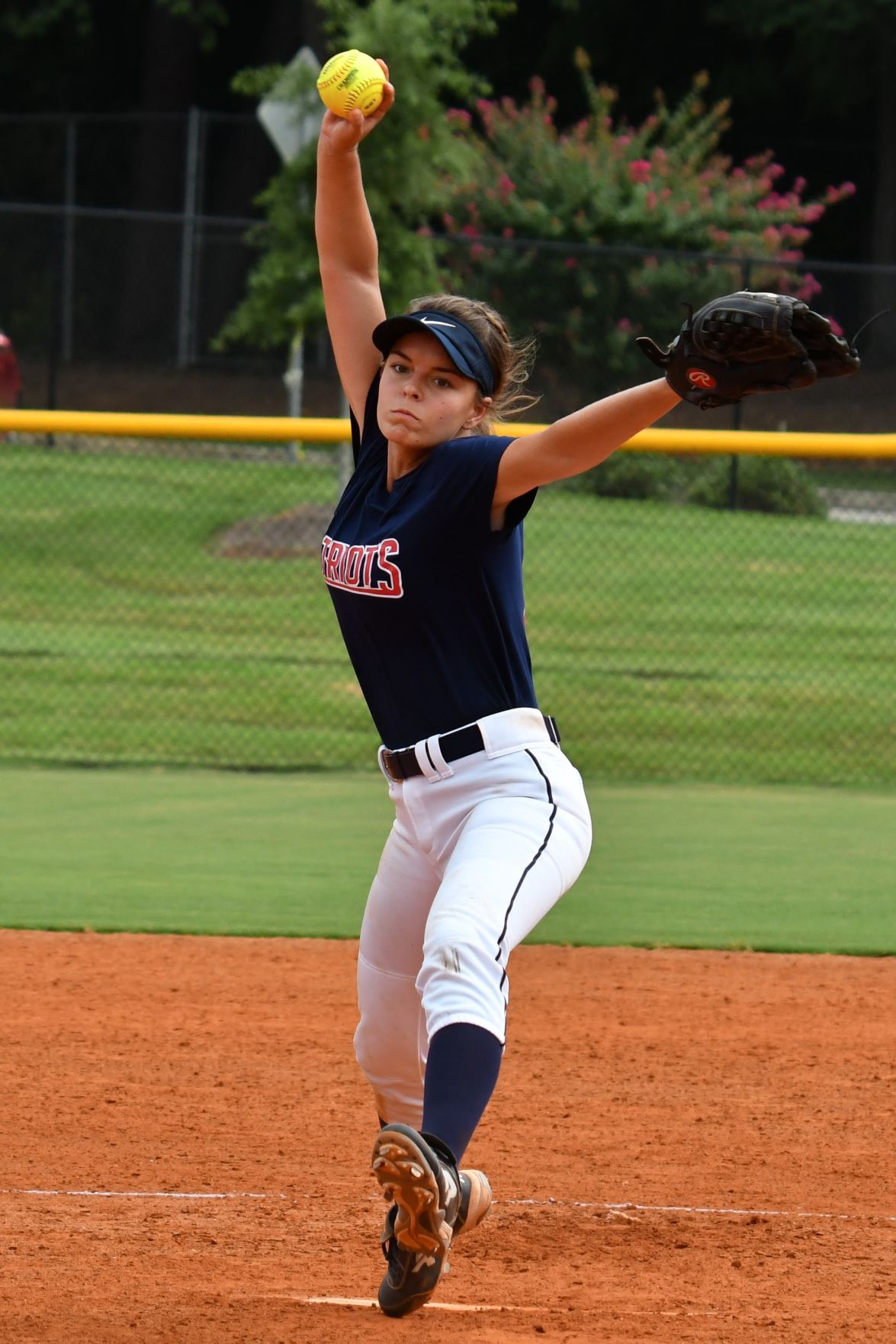 Fellowship Christian boys’ lacrosse player Moose Washburne handles the ball in a contest in the 2019 season.

The Johns Creek girls’ golf team won the Georgia High School Association (GHSA) Class 6A state championship at the Cobblestone Golf Club in Acworth on May 21.

The conclusion of the 2019 calendar year provides time to review the accomplishments of the North Fulton prep programs on the field.

Wesleyan’s softball team advanced to the Class A Private state championship contest as well. Other local softball teams in the playoffs were Mount Pisgah Christian, Blessed Trinity and Alpharetta.

Blessed Trinity’s volleyball team won the GHSA Class 4A state champinoship with a 3-1 victory over St. Pius X. Its the Titans’ sixth state title in program history. Alpharetta and Roswell each reached the semifinals in their respective classifications. Fellowship, St. Francis, Wesleyan, Mount Pisgah, Centennial and Milton were also in the postseason.

The GHSA State Cross Country Champioships were held in Carrollton Nov. 1 and 2.

The Wesleyan girls’ team placed third in the team competition that was won by Holy Innocents’.

The Cambridge girls’ team won its third-consecutive Class 6A state title with 105 points, finished ahead of second-place Allatoona at 114. Ashley Sechrest was the fastest Bears’ runner with a fifth place finish. Johns Creek finished fourth in the team competition with Agam Horowitz placing sixth individually for the Gladiators.

The Class 4A girls’ competition saw Blessed Trinity runners place first and second respectively in the individual competition. Hannah Miniutti won the event in a time of 18:51.49 and was followed by teammate Kelly Ann Sutterfield at 18:57.90. The Titans finished second in the team competition with 50 points only behind winner St. Pius X at 46.

Cambridge and Alpharetta placed second and third respectively in the Class 6A boys’ team event which was won by Harrison.

Rounding out the local cross country results was Milton finishing fifth in Class 7A girls’ team competition won by Hillgrove. Eagles’ runner Nyah Hernandez was sixth in the individual standings.

The St. Francis boys’ basketball team on the (GHSA Class A Private State Championship with a 73-69 victory over Eagle’s Landing Christian Academy (ELCA) in the title game held at the Macon Centreplex. It was the Knights third state championship in program history and first since 2015. Other boys’ programs to make the state playoffs this season included Mount Pisgah, Wesleyan, Blessed Trinity, Denmark, Cambridge, Chattahoochee, Roswell and Milton.

The Centennial girls’ team brought home the GHSA Class 6A Swimming and Diving state championship for the first time in program history.

The Johns Creek boys’ team won the Class 6A title with a score of 476.5 while Alpharetta was third at 348 points. The Gladiators’ 400 freestyle relay group which consisted of Chase Kennedy, Adrian Iannamico, Andrew Simmons and Ethan Davey won its event in 3:05.34. Johns Creek also brought home first in the 200 medley with a time of 1:33.09 featuring swimmers Samuel Song, Davey, Iannamico and Simmons. Iannamico won the 100 backstroke in 48.99 seconds. Cambridge’s Matthew Gaines won the 200 free in 1:40.67. Cam Aurebach of Northview earned the 100 butterfly in 48.38 seconds.

The GHSA Traditional Wrestling State Championships saw Blessed Trinity place third in the Class 4A team competition which was won by Woodward Academy. Titans’ wrestler Vincent Baker won the 182-pound individual title with a technical fall win over Sam Conerly of Central Carroll in the final, finishing his season with a perfect 41-0 record.

The Class 6A event saw Cambridge’s Gavin Kane win his third-consecutive state championship, this time at 160, with a pin over Munro Kamdyn of Richmond Hill at the 3:13 mark of the match. Kane finished the season with a perfect record of 46-0.

The Class 7A competition saw Milton’s Ben Williams earn the 132 individual title with a 13-1 major decision victory over Ricky Roberto of Hillgrove in the championship match. Williams finished the season with a 51-2 record.

Mount Pisgah had one of its wrestlers reach the pinnacle as David Bertrand took home the 160 crown in the Class A Private competition with a 2-1 decision over Commerce’s Nick Patrick in the finals. He finished the season with a record of 67-5.

Cambridge’s boys team was tied for fourth while Jake Peacock finished tied for third in the individual competition.

The Gladiators’ girls team won its second state title in program history and first since 2017 at the Cobblestone Golf Club in Acworth. Johns Creeks’ team score of two-over-par was 41 strokes better than second-place finisher Northview. Gen Wo won the individual title for the Gladiators with a mark of three-under-par, only one stroke ahead of teammate Kate Song who finished second. Kimberley Shen of Chattahoochee was tied for third at four-over-par while another Johns Creek golfer in Amy Ng was tied for fifth at seven-over-par.

Roswell golfer Emily Haigwood finished tied for fifth in the Class 7A girls’ individual competition held at the Chimney Oaks Golf Club in Homer. Her teammate Kady Foshaug was sixth.

The Class 6A competition was held at Grisham Stadium in Carrollton. The Alpharetta boys’ team won the state title with 40 points followed by Bradwell Institute and New Manchester. The Raiders’ 4x100-meter “A” relay team featuring the group of Errol Williams, Jaden Slocum, Kent Cherry, Robbie Ruppel, Austin Joyner and Dylan Merrell won its race in 3:16.23.

The Class 4A competition was held at Hugh Mills Stadium in Albany. Blessed Trinity girls runner Hannah Miniutti won the 3,200-meter run in 11:09.87 and was second in the 1,600-meter run.

The Class A Private meet was also in Rome. The St. Francis girls’ team was fourth in the competition won by Landmark Christian. Knights’ athlete Savannah Samuel won the high jump at 1.63 meters. The boys’ competition saw Dwon Odom of St. Francis win the triple jump with a distance of 13.64 meters and the long jump at 6.71 meters. Fellow Knights’ athlete Isaiah Wadsworth won the 100-meter dash in 10.92 seconds. Wesleyan’s Matthew Steinback won the pole vault at 3.96 meters.

The boys’ team took home the title with a 2-1 victory against Whitefield Academy. Its the second championship in program history for the Wolves and the first since 2016. Other boys’ postseason teams were King’s Ridge, Blessed Trinity, Chattahoochee, Cambridge, Roswell and Milton.

The Wolves’ girls team also won the state title with a 3-1 victory over Pinecrest Academy. Its Wesleyan’s second championship and first since 2017. Blessed Trinity, Johns Creek, Northview, Roswell and Milton were also in the postseason.

Cambridge girls’ tennis team won the Class 6A state title with a 3-0 victory against Northview. It was the program’s third championship in program history and first since 2017. Other local teams in the postseason were Mount Pisgah, Wesleyan, Blessed Trinity, Denmark, Centennial and Milton.

Johns Creek’s boys team won the Class 6A boys’ title with a 3-0 victory over Northview. Wesleyan, Denmark, Centennial and Milton were also in the state playoffs.