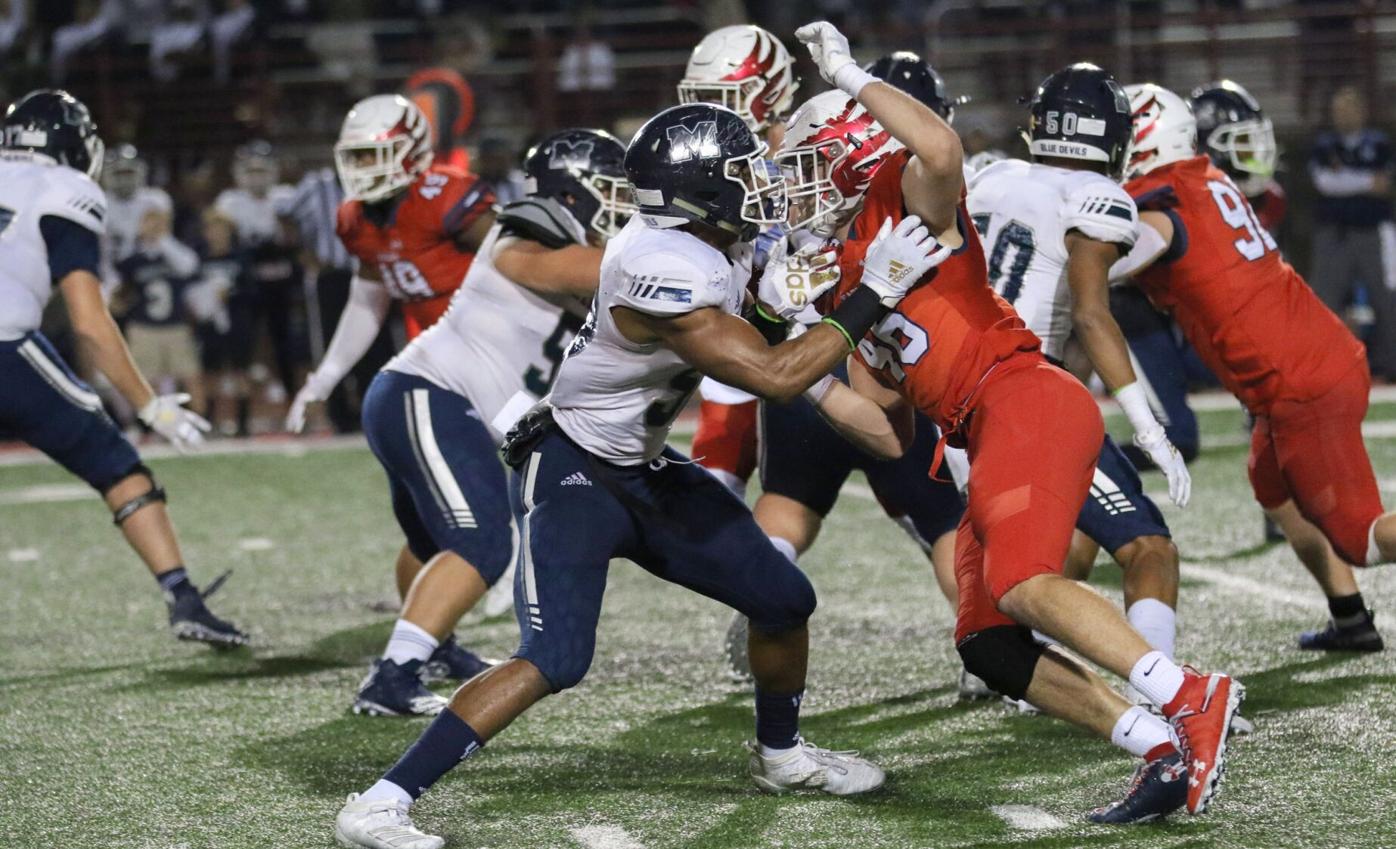 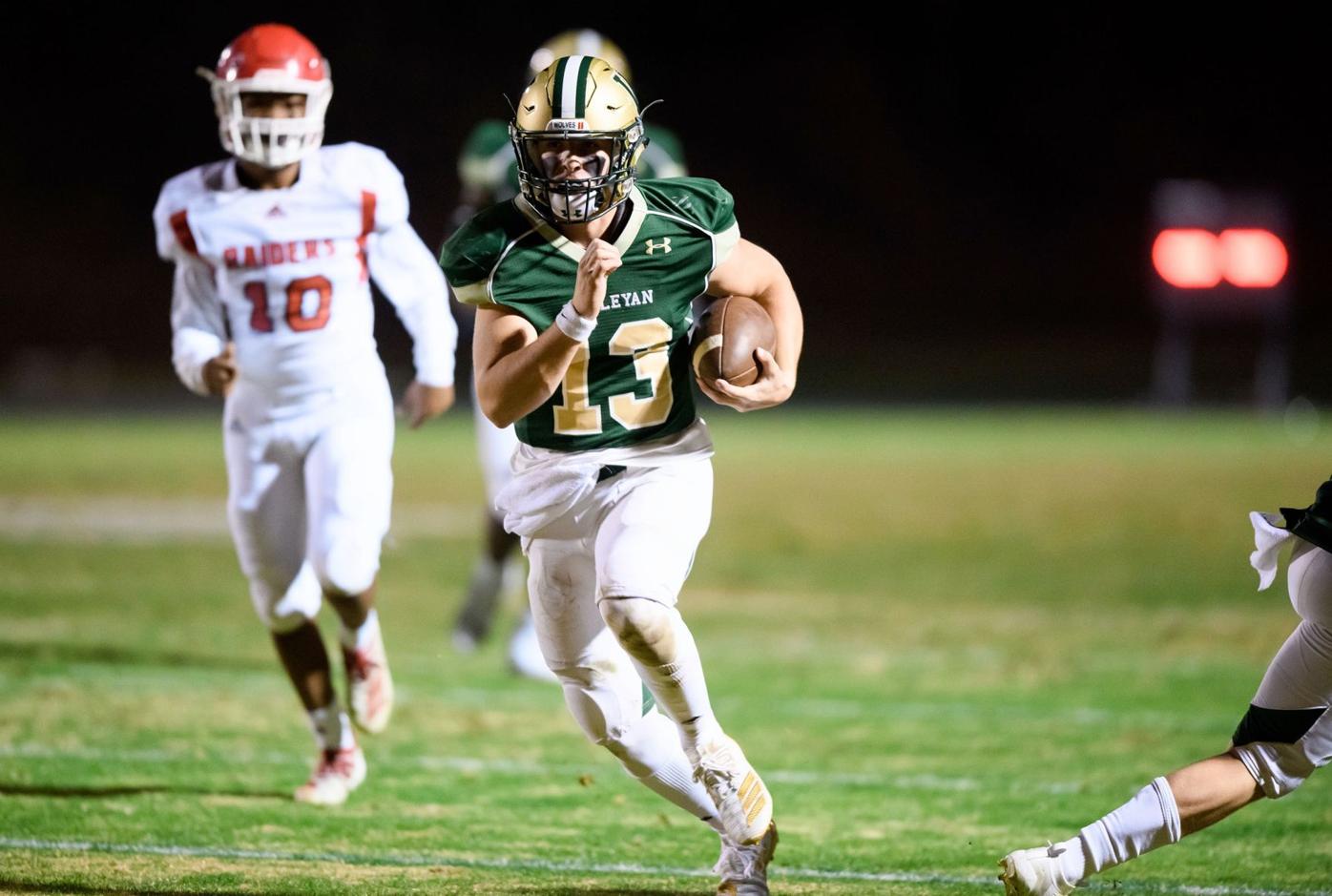 Wesleyan’s J.C. French carries the ball during the Wolves’ home game against Savannah Christian Nov. 29 in the state Class A Private quarterfinals.

Wesleyan’s J.C. French carries the ball during the Wolves’ home game against Savannah Christian Nov. 29 in the state Class A Private quarterfinals.

As north Fulton’s high school football teams prepare for their season openers, they hope the fall tradition continues despite the COVID-19 pandemic.

“The players are excited to be back together and are really looking forward to the season. Everyone understands the current reality and is rolling with it,” Wesleyan head coach Franklin Pridgen said, referring to the Georgia High School Association (GHSA)’s decision to allow football teams to begin workouts in June.

That move came after the GHSA cancelled spring football practice in April, a few weeks after schools across the state closed and shifted classes to an online format due to the outbreak. This summer, some annual events like seven-on-seven camps, also were nixed.

In his latest weekly update message posted to the Georgia High School Association’s website Aug. 26, Executive Director Robin Hines said the organization plans to move forward with having football season start Sept. 4, two weeks after it was originally going to kick off.

But even Dr. Kathleen Toomey, the Georgia Department of Health’s commissioner, recently said she was concerned about football and other sports/activities after the GHSA reported over 600 players statewide had tested positive for the virus. Schools where players have tested positive have postponed practices for days or weeks as a result.

In response, on Aug. 6 Hines announced the cancellation of all football preseason scrimmages, delaying competition cheerleading’s season start to November and pushed the one-act play season to the spring semester due to health concerns associated with students being in close proximity in those sports/activities.

Local coaches who replied to a Neighbor questionnaire about how their teams are dealing with the pandemic said they’re confident football season will go on as planned. They each said their schools are taking all CDC- and government-recommended precautions for health and safety and even going above and beyond those.

Coaches at Fellowship and Blessed Trinity said some of their players self-quarantined after contracting the virus from a family member but did not spread it to teammates.

All the coaches said their players were ready to return to the gridiron.

“I believe that it is very important for our player’s mental health to return to playing football this fall,” Fellowship head coach Al Morrell said. “Our seniors are especially deserving of an opportunity to play their senior season. We are extremely grateful that the GHSA and our governor have made this a priority and we cherish each day of practice together knowing that there no guarantee of having it tomorrow.”

Milton head coach Adam Clack added, “I think the emotional and social well-being of our kids is extremely important, and that is one of the soapboxes or one of the major issues that I always champion when it comes to football and sports because it gives them an outlet. …

“It fills their time with something constructive and it builds emotional and social connections that are just vital to healthy mental health. I’d say it’s more important than ever when you’re at school virtually and limiting social interaction.”

Blessed Trinity head coach Tim McFarlin said as much as he wants the season to go on, everyone’s health and safety trumps football.

“I think what’s important is that we be very accurate with our information as far as what are the risks, what are the number of cases,” he said. “You make your decisions from there. As far as the long-term effects on players, I know it’s hard for those to (not have) a season, but there are times in a life of a country where you’re called on to do things that are not necessarily convenient. …

“I do feel there are a lot of lessons being learned. I think it’s hard to see it now, but when all this ends and we can look back, there will be some positives. I think it will forever change the way we live.”

“In my opinion, and with sympathy to anyone that has had the virus, our kids need sports,” he said. “They need to be with their peers, in a safe way, and practice and play in their respective sports. Sports are so much more than just the physical activity.

“Kids learn to be a teammate, leadership skills, learn to face adversity, learn to have a role within a team and it isn’t all about themselves, they learn accountability and responsibility. All of these things can be learned in other avenues, but sports help with the teaching of all of these attributes.”

The private schools’ coaches interviewed for this article said their schools plan to allow players’ immediate family members attend games but likely won’t permit others to enter stadiums to keep everyone safe. The Fulton district has not yet announced its plan for fans.

“It looks highly likely there will be some small percentage of capacity allowed,” Clack said.

The 2019 season was another strong one for the north Fulton high school football teams, with Blessed Trinity taking home its third straight Cl…

Fulton County Schools is postponing fall sports until Sept. 14 due to COVID-19

Fulton County Schools is postponing all fall high school sports until mid-September due to concerns over the COVID-19 pandemic.

Lovett vs. Westminster game postponed indefinitely due to COVID-19

Lovett vs. Westminster, one of the area’s biggest high school football games of the year, likely won’t be played in 2020 due to the COVID-19 p…

With all north Fulton public schools’ football teams not starting the season until the week of Sept. 14 due to the COVID-19 pandemic, the area…

For north Fulton’s high school football teams in the Fulton County Schools district, the wait is finally over.

The craziness of Blessed Trinity’s early games this football season continues as it navigates the COVID-19 pandemic.