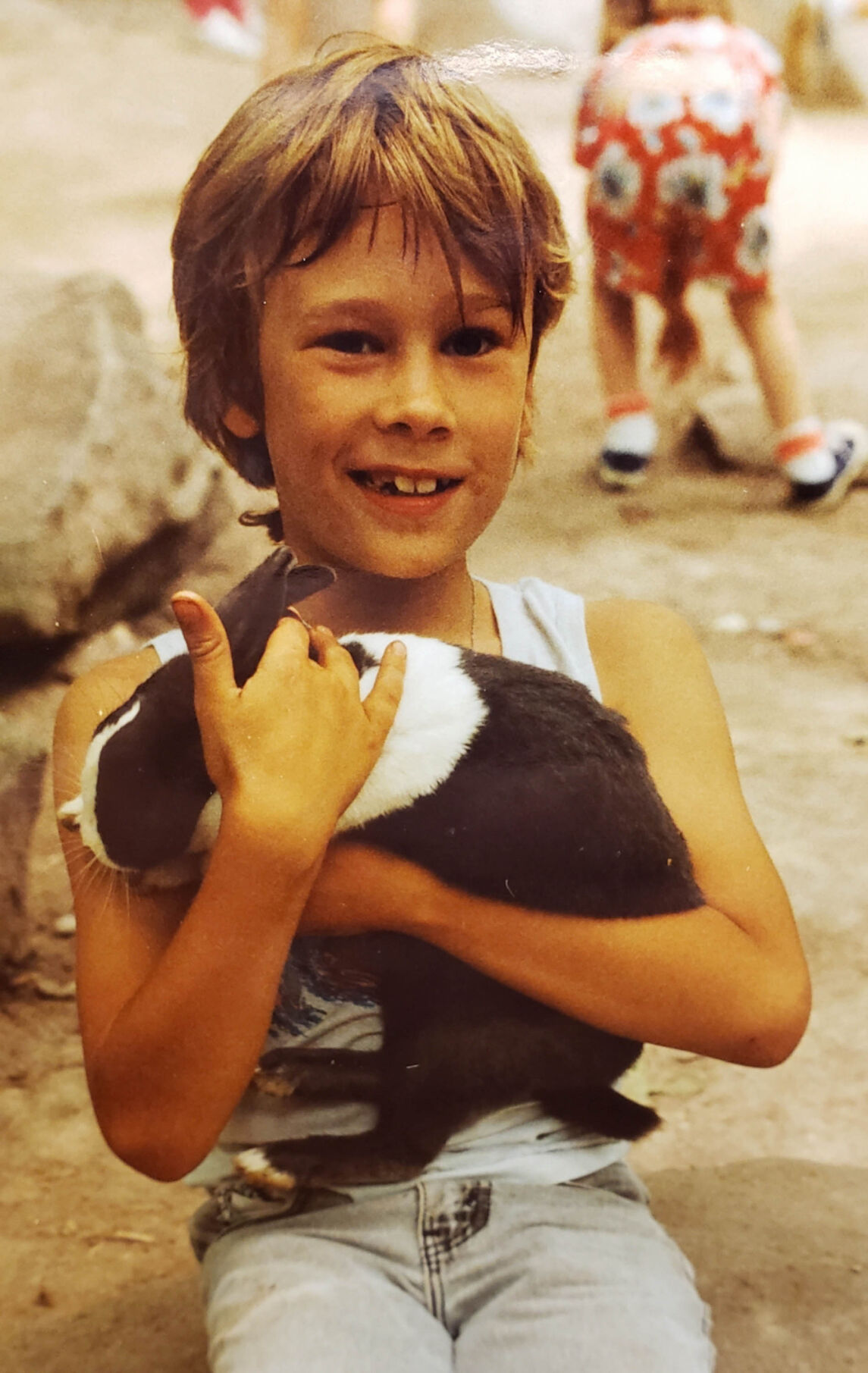 Eight-year-old Joshua Harmon loved ice cream, playing outside and had an “uncanny” relationship with nature. Harmon is seen here at the Stone Mountain Park petting zoo. 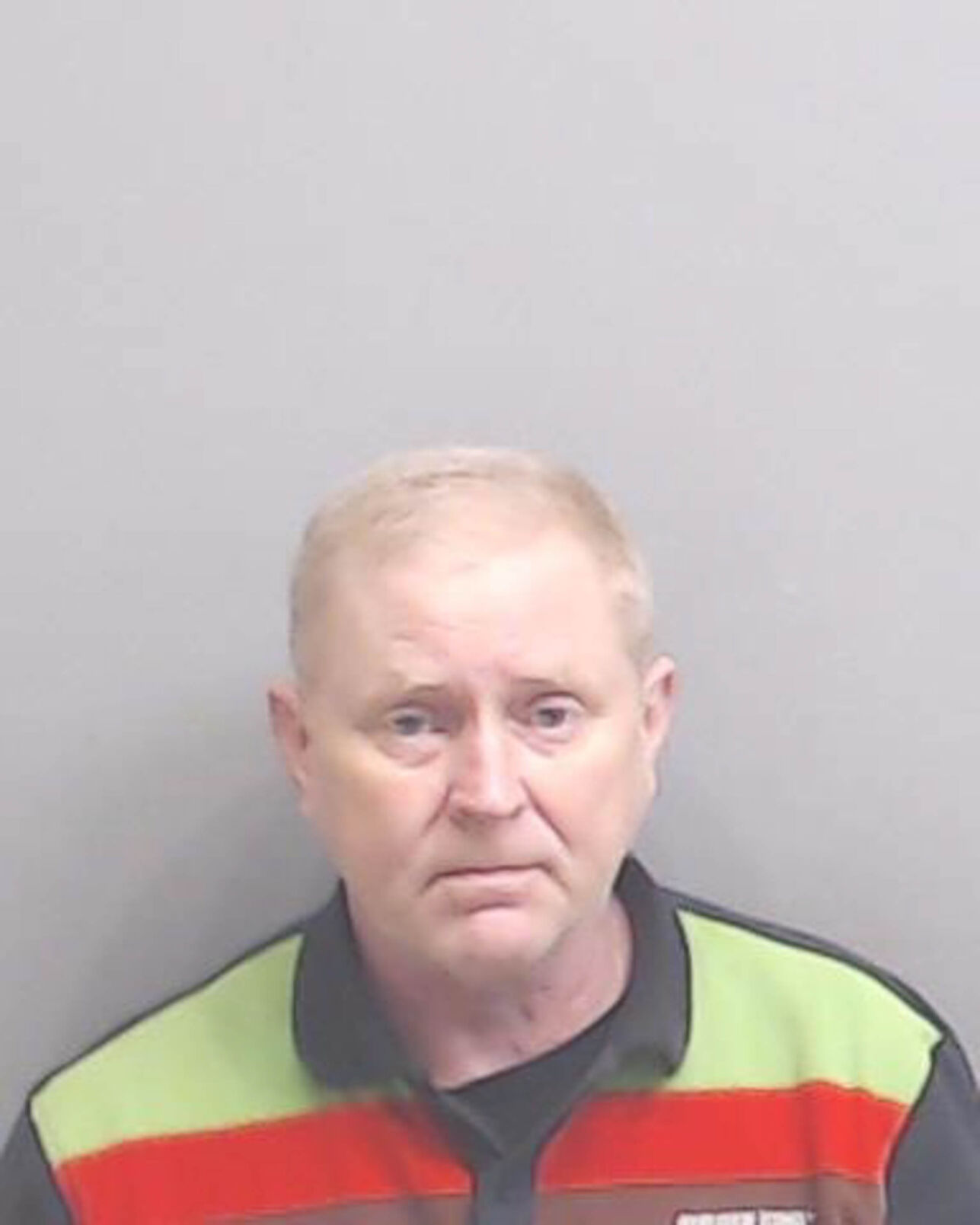 James Michael Coates, 56, of Woodstock, was arrested for the 1988 murder of 8-year-old Joshua Harmon. 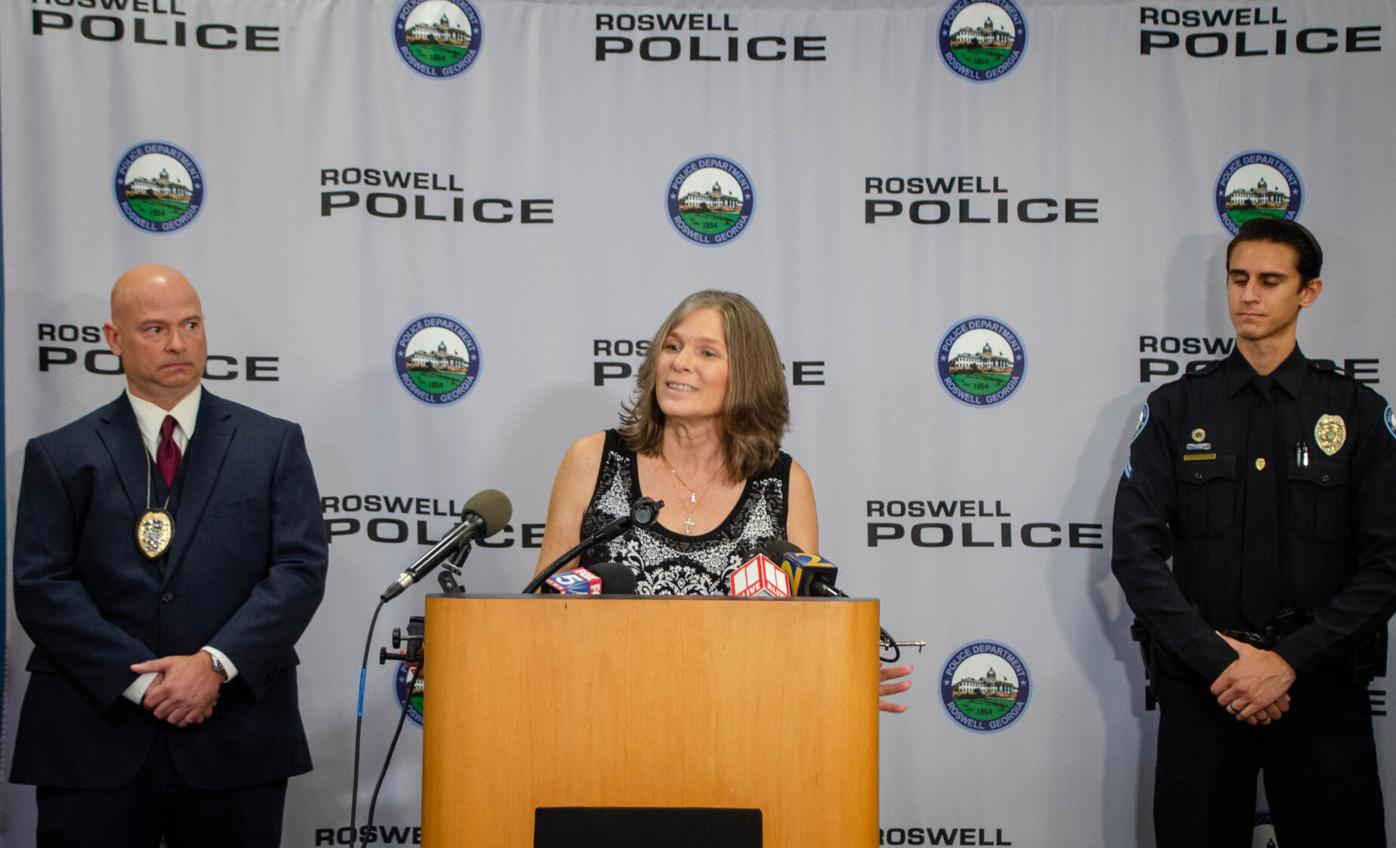 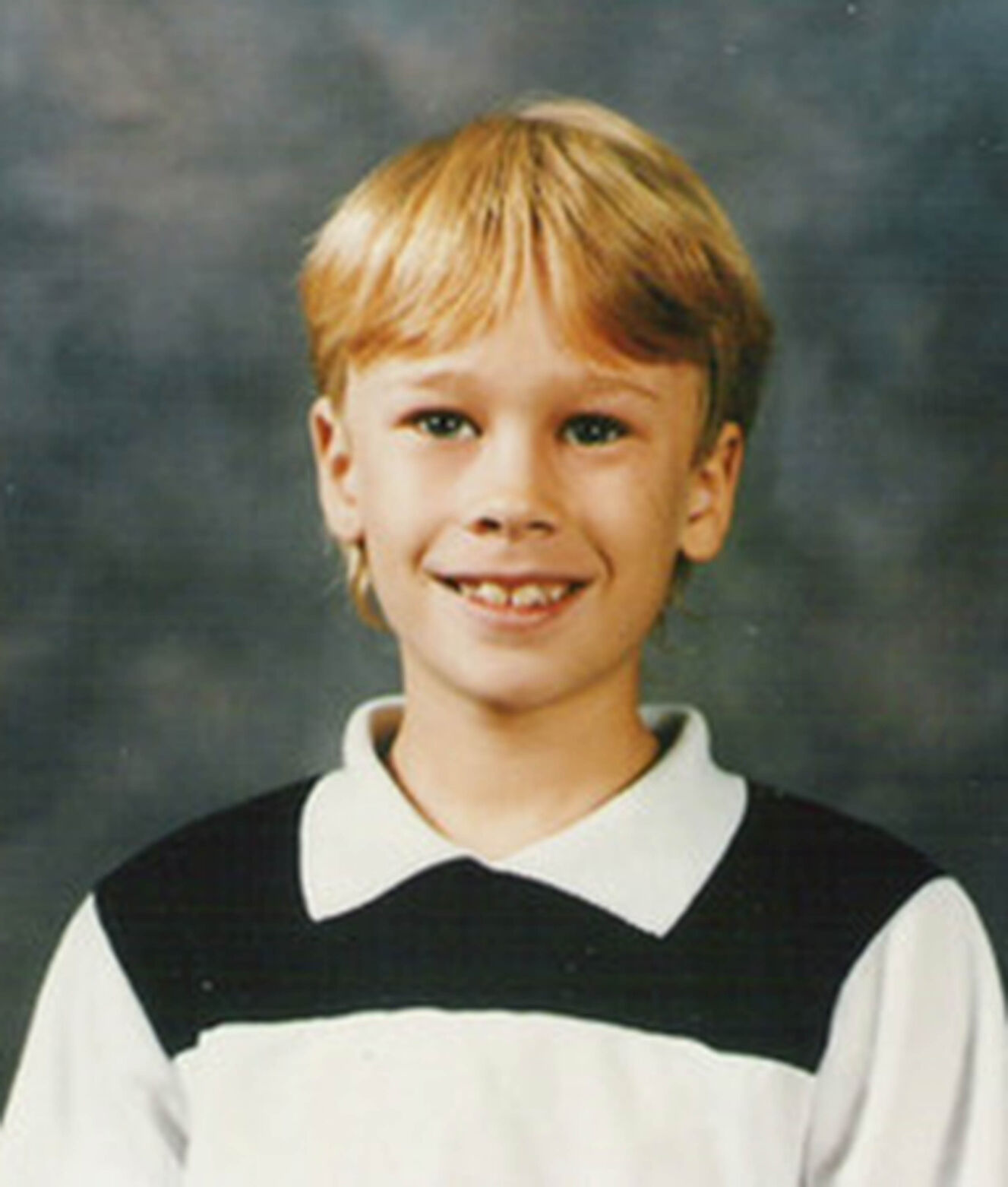 The Roswell Neighbor published an article on  Wednesday, May 25, 1988, on Joshua Harmon's funeral service.

Eight-year-old Joshua Harmon loved ice cream, playing outside and had an “uncanny” relationship with nature. Harmon is seen here at the Stone Mountain Park petting zoo.

James Michael Coates, 56, of Woodstock, was arrested for the 1988 murder of 8-year-old Joshua Harmon.

The Roswell Neighbor published an article on  Wednesday, May 25, 1988, on Joshua Harmon's funeral service.

The Roswell Police Department has arrested James Michael Coates, 56, of Woodstock, for the 1988 murder of 8-year-old Joshua Harmon.

Coates was taken into custody July 21 during a traffic stop while in the back of an Uber and booked into the Fulton County Jail on multiple charges including murder, felony murder and aggravated child molestation.

Roswell police announced the arrest during a press conference the morning of July 22. According to detectives, Coates was arrested after DNA evidence collected from the crime scene linked him to the murder.

“After 33 years, two months and six days, we made an arrest in the murder of Joshua Harmon,” Roswell Police Chief James Conroy said during the press conference. “To the Harmon family — this is is a tragedy no family should endure. The death of Joshua and the fact his killer still remained free for such a long time is unimaginable. I hope that this arrest brings your family a sense of closure.”

Harmon was a student at Kimball Bridge Elementary School in Alpharetta and loved ice cream and playing outside with his friends. His aunt Marlene Carlisle said he had an “uncanny” relationship with nature and with God. The last photo taken of Harmon shows him holding a black-and-white spotted rabbit at the petting zoo at Stone Mountain Park.

On May 15, 1988 Harmon was reported missing by his parents after not returning home for dinner. According to the article that ran in the Roswell Neighbor at the time, his parents thought he “didn’t return from a trip to an ice cream vendor who made runs in the complex.”

After extensive searches over the following 48 hours, Harmon’s body was discovered in a wooded area nearby to the Raintree Way apartment where he lived. Police determined cause of death to be strangulation. Police say Coates lived at the same apartment complex as the family at the time.

According to an article that ran in the Roswell Neighbor at the time, Harmon’s family had only moved to the apartment complex three weeks before, but were longtime Roswell residents. More than 250 family and community members attended the funeral where Rev. John Wolfe and Rev. Malone Dodson of Roswell United Methodist Church spoke.

“Joshua’s story touched literally thousands of people,” Rev. Dodson said at the funeral. “We’re bound together in the community. When one hurts, we all hurt.”

Roswell detectives, in partnership with the GBI, investigated the case extensively and collected evidence, but the case went cold. Investigators regularly revisited the case over the intervening years in pursuit of justice for Joshua and his family, and evidence was consistently re-examined to keep pace with evolving leads and advancing technology.

In February of 2021, with the permission of his family, Joshua’s body was exhumed in hopes of identifying further evidence. In March, the GA Sexual Assault Kit Initiative taskforce, a subset of the GA Criminal Justice Coordinating Council, provided the Roswell Police Department with funding to pursue additional DNA testing on evidence from the crime scene.

Recently, investigators received the results of that testing performed by an independent laboratory, CyberGenetics Inc., which linked Coates to the crime.

“I only wish that Josh’s mother Cherie would be here today,” Conroy said. “But what I do know is that she is with Joshua and they’re looking down on us and they are happy with these developments.”

The full list of Coates’ charges are as follows:

♦ Enticing a Child for Indecent Purposes

♦ Concealing the Death of Another

“She kept going,” Carlisle said at the press conference. “She made that phone call every few years to the point of probably bothering some people, but she was willing and able to do it. And I know she’s smiling down on everybody here today. Thank you all so much on behalf of our family, we love you and we thank you.”

“We wish Cherie could be here, but we also feel that she and Josh high-fived and said, ‘We’re going to help and we’re going to get everybody through this,’” Carlisle said.

This arrest would not have come to fruition without the collaborative effort of a number of partner agencies. The Roswell Police Department would like to thank the GBI, the Fulton County District Attorney’s Office, Fulton County Medical Examiner’s Office, the CJCC SAKI Task Force, Cherokee County Sheriff’s Office, San Diego Police Department Forensic Science Laboratory, Bode Technologies, Clements DNA Consulting, and CyberGenetics Inc. for joining us in the tireless pursuit of justice.

While an arrest has been made, this does still remain an active investigation. Police could not speak to whether Coates killed or assaulted other children.

“That of course will be part of our ongoing investigation,” Conroy said. “As I mentioned, we do have a lot of work to do. We do partner with the GBI where they will compare DNA samples in CODIS database for any open case that are still out there.”

Police are asking anyone with information about this case to contact the Roswell Police Department at 770-640-4100, or provide anonymous information through Crime Stoppers Atlanta at 404-577-TIPS(8477).