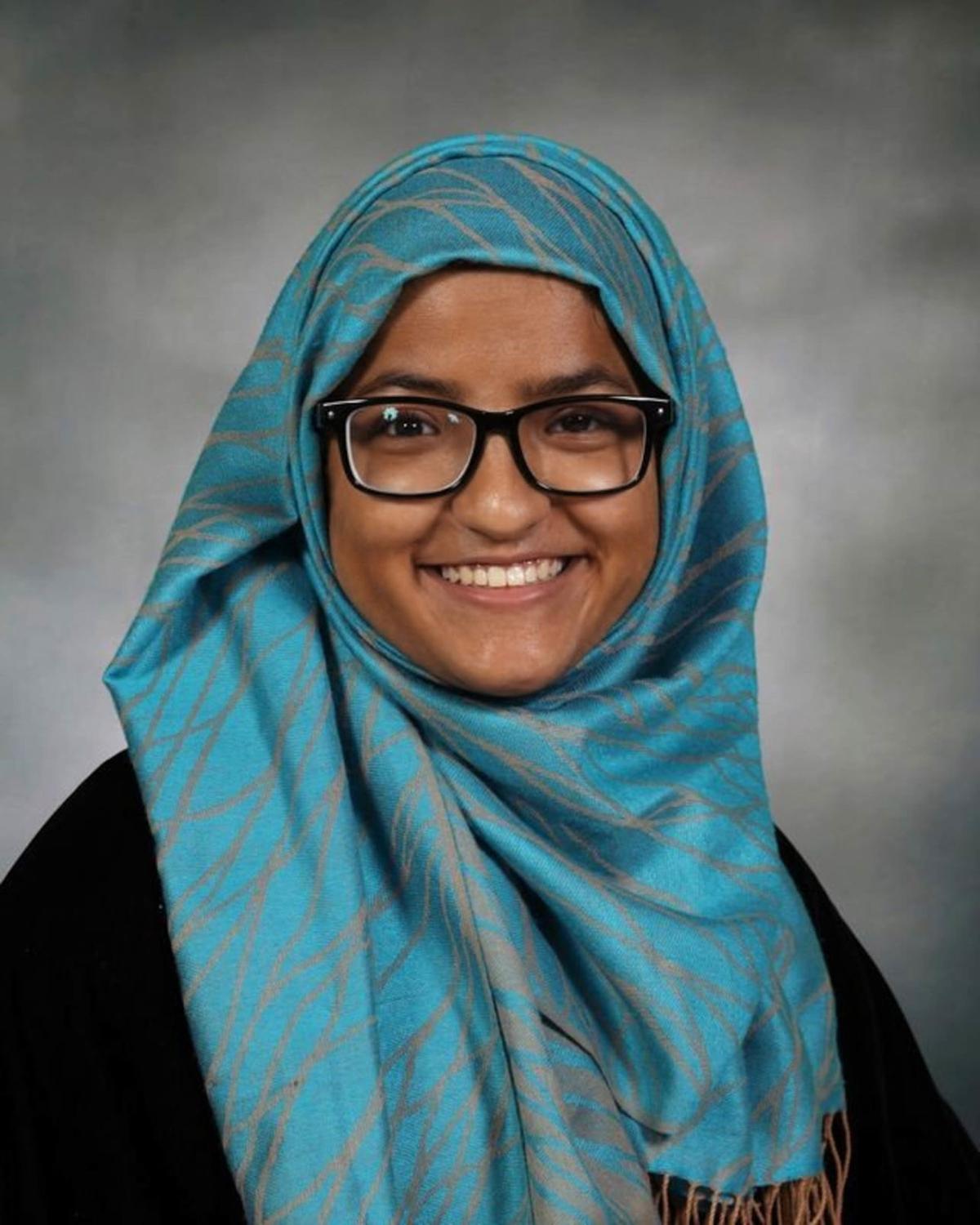 Saima Firoj was named the valedictorian for Roswell High School Class of 2020. 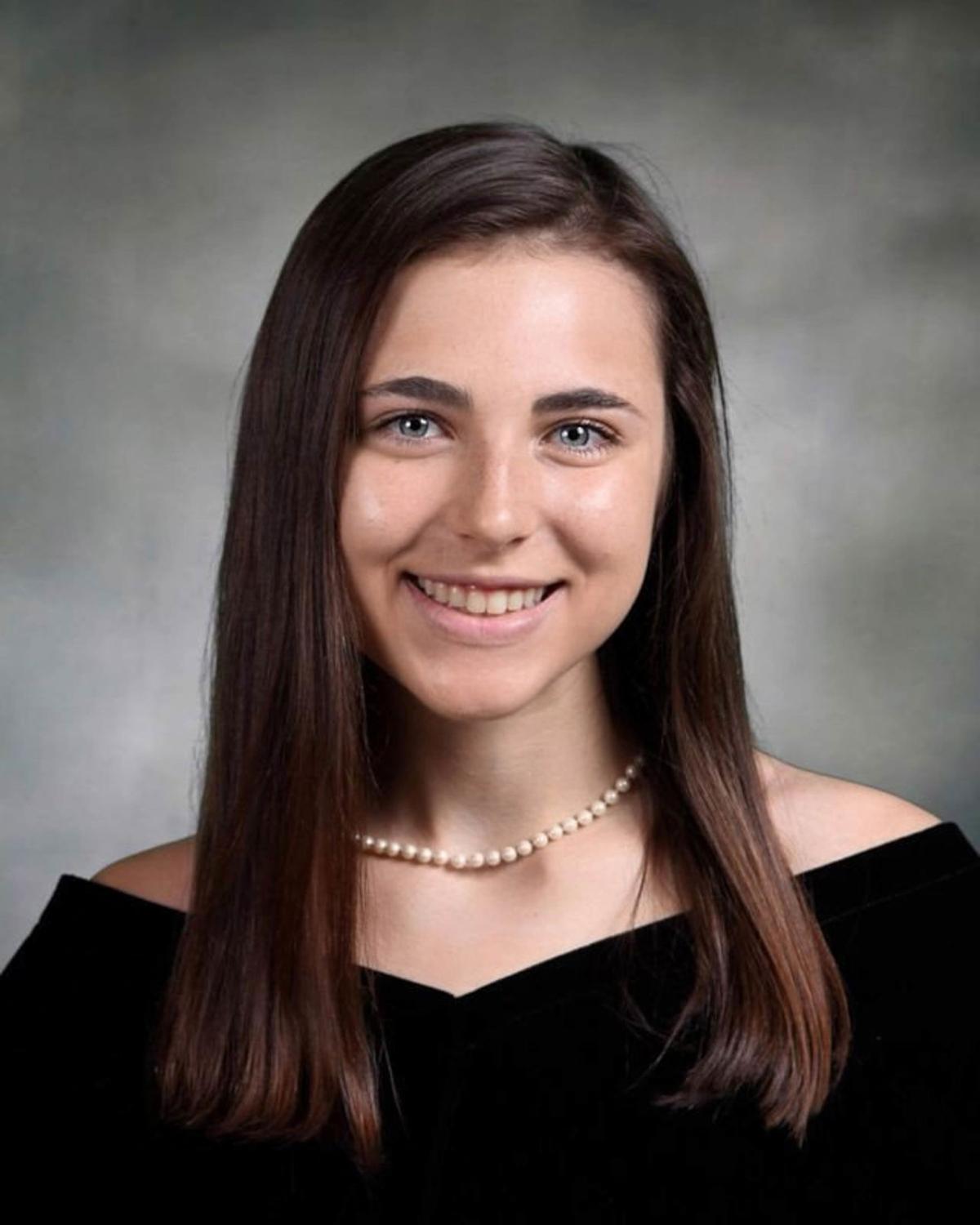 Saima Firoj was named the valedictorian for Roswell High School Class of 2020.

Roswell High School has named Saima Firoj its valedictorian and Lindsay Burgess the salutatorian of the class of 2020.

“I am so proud of Saima and Lindsay,” Principal Robert Shaw, Ed.D said. “They have modeled how to excel at academics while still being active in sports and extracurricular activities. They are great representatives of Roswell and the graduating class of 2020.”

Firoj is the daughter of Lutfun Nessa and Mohammed Firoj of Roswell, and her two older siblings are also Roswell High School graduates, sister Nishat Firoj, ‘16, and brother Mohammed Saqib, ’15. Prior to attending Roswell High School, she attended Roswell North Elementary and Crabapple Middle School. Her cumulative GPA is 103.714.

“I consistently enjoy math and science classes most,” Firoj said. “I really loved AP chemistry and my favorite teacher is Ms. Chilton. She’s really passionate and really takes time with her students. Ms. Estevez for U.S. History is super kind and really gets to know her students well. She’s great at giving advice, which I loved.”

Firoj has been taking Spanish taking since sixth grade.

“It’s a language I’ve really grown close to, and I do intend to take it throughout college,” she explained. “I love the language and the culture.”

Firoj has been a member of National Honor Society, Beta Club, Health Occupation Student Association and the cross country team. Outside of school, Firoj has volunteered at Wellstar North Fulton Hospital, works at both locations of her family’s restaurant, Star Pizza, and has attended an Islamic class each Saturday morning for the last four years.

Firoj’s favorite Roswell tradition is the flour toss at the kickoff of varsity football games.

“I just remember it was a really fun time,” she said. “We laughed a lot and had a lot of fun together.”

Firoj hasn’t made her final decision on her college plans for the fall, but she plans to major in chemistry or neuroscience before entering the medical field.

“She’s always willing to help out,” Burgess said. “Before our final and the AP exam [Ms. Chilton] stayed after school with us until midnight and had study session on the weekend before. It’s really influenced my career and major choices. I still go back to see Ms. Omen, my AP History teacher, every week. It’s been a good relationship to have.”

Burgess has sung in the Roswell High School Chorus all four years and outside of school has taken piano for 10 years. She has been active on the girls’ lacrosse team (this year as captain) and coaches a youth lacrosse team, Friends Club, National Honor Society, Beta Club, German Honors Society and HOSA. She volunteers with the National Charity League with her mom and teaches Sunday School at St. Peter Chanel Catholic Church.

“I really enjoyed playing lacrosse as some of my best memories,” said Burgess. “Last year for our lacrosse playoff game we dyed our hair different colors and I dyed my eyebrows blue.”

Other favorite traditions include spirit weeks, variety shows and the senior traditions, like wearing camouflage on Fridays.

Burgess plans to attend the University of Notre Dame and major in chemistry or neuroscience before attending medical school.

While Governor Brian Kemp has closed K-12 schools for the reminder of the academic year, Roswell High School’s graduation is still scheduled for 7:30 p.m. on Tuesday, May 19 at Ameris Amphitheater in Alpharetta. However, the school says now everything is up in the air. Roswell High School said they are hoping to have an answer about graduation April 3.